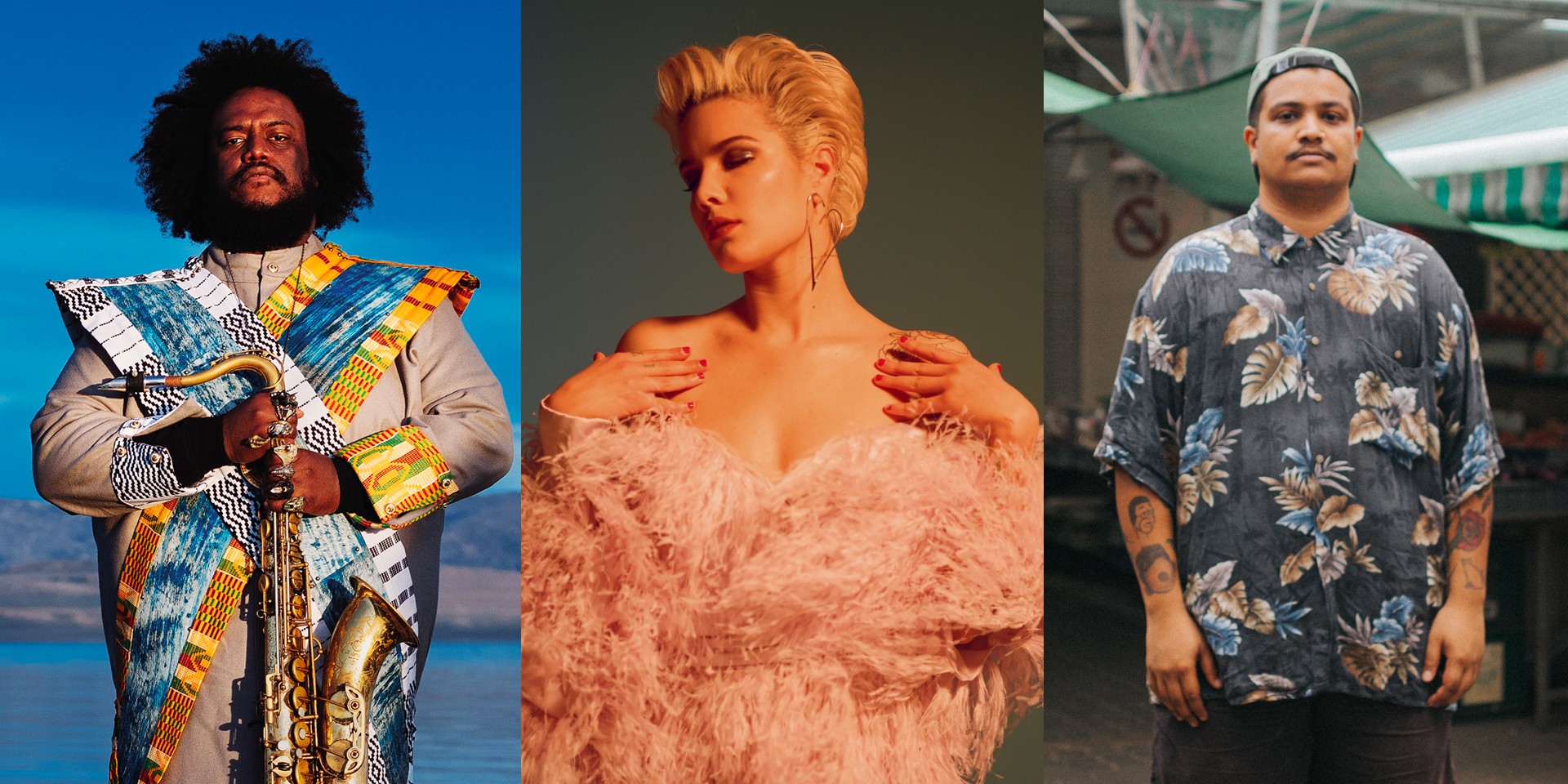 You might have heard that August is the cruellest month but know that it's also packed with a wide array of gigs. Besides the debut showings of Kamasi Washington and Chance the Rapper, look out for K-pop gawds GOT7 as well local heroes FAUXE, The Steve McQueens and more. 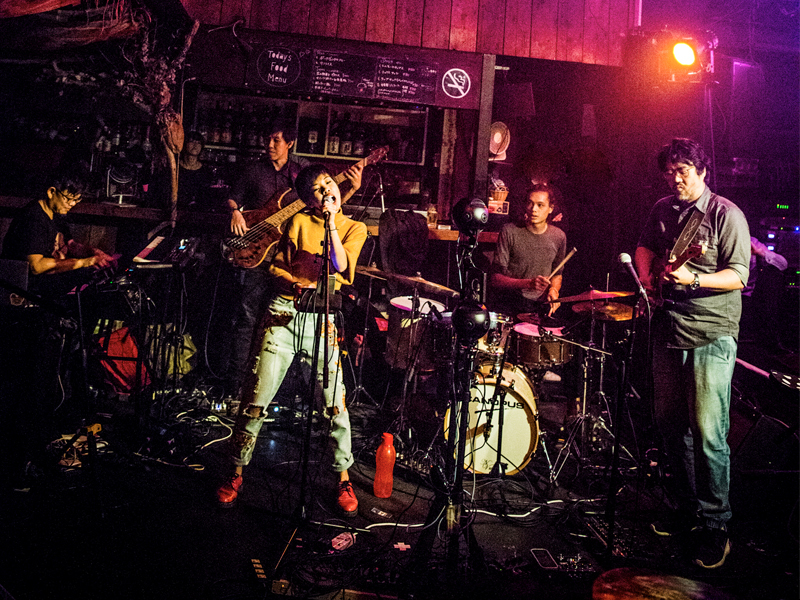 Where: Esplanade Recital Studio
When: 3 August

When one Singapore’s most spellbinding and virtuosic bands kicks off its Asia tour right in Singapore and christens it after its forthcoming album, your attendance is more or less mandatory. This evening, The Steve McQueens will present TAPE — an experience of old songs and previously unheard of material. Last year, the band signed off on Terrarium, an album that exhibits an elevated form of its jazz-repurposing mores, including testimony such as ‘Hepheastus’, ‘Wolfboy’ and ‘Like Coltrane’. One more thing: The songs sound the way they do on record but live, you’ll never know how Ginny Bloop, Joshua Wan, Jase Sng and Aaron Lee will unspool them. 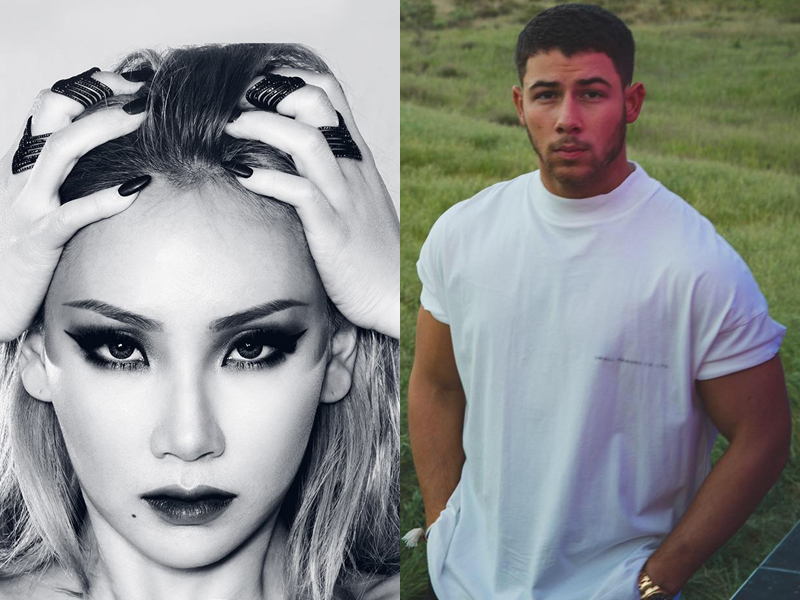 Where: Singapore Indoor Stadium
When: 4-5 August

Hyperplay is priming to be sweet-spot destination where divergent threads converge into a singular experience. Emphatically youth-centric, the two-day event promises a spread of e-gaming and musical riches. In the latter arena, the acts are spectrum-defying: Korean siren CL, pop dreamboat Nick Jonas and Canadian chanteuse Alessia Cara. Besides that trinity, local mainstays The Sam Willows, Indonesian singer-songwriter Afghan and Thai indie rock institution Slot Machine will be on hand to soundtrack the proceedings.

Where: Zepp@Big Box
When: 4 August

Earlier this year, tickets to the Seoul leg of GOT7’s Eyes on You tour were snapped up within hours of them going on sale. This month, the charismatic K-pop boy group is making a highly-anticipated return to Singapore in support of their eighth EP, which dominated Korean music charts with the title track 'Look' and peaked at number one on iTunes album charts in 20 countries including Singapore. GOT7 saw breakthrough success in 2014 with their debut EP Got It? and have since released another two studio albums and seven EPs, attaining worldwide fame with hits like 'Just Right', 'If You Do' and 'Hand Carry'. 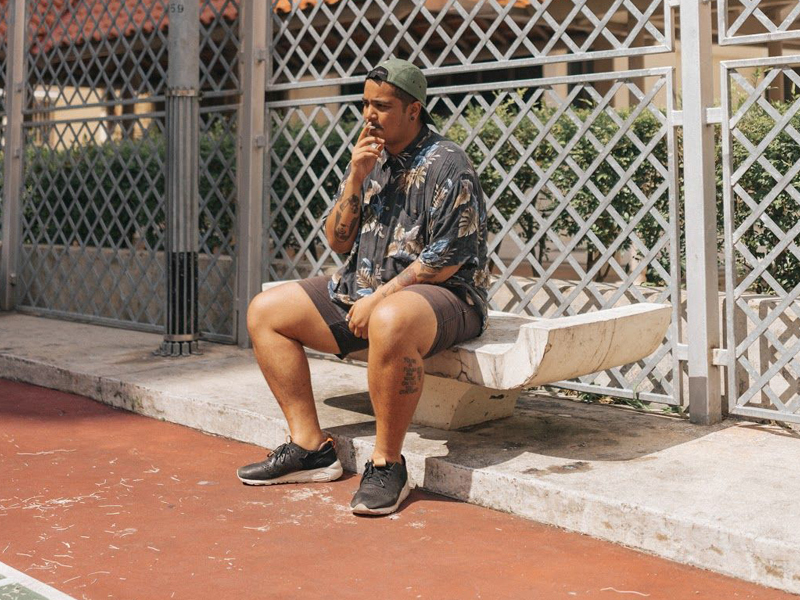 What’s better than listening to FAUXE’s latest album Ikhlas? Hearing the man himself perform it live. The producer will wrap up his tour of Asia in Singapore at intriguing new bookstore The Moon, accompanied by Reddi Rocket, aka Jimmy Azli of Kuala Lumpur collective AKHYLA. Pre-sale tickets cost S$8 and tickets at the door are a smooth S$10 – funky beats and incredible sampling aside, those prices are hard to argue with. 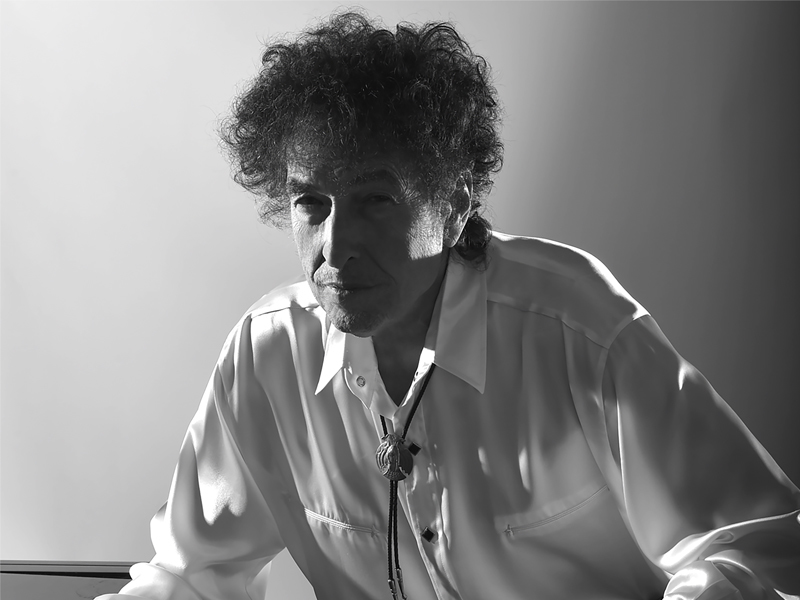 Where: The Star Theatre
When: 6 August

Bob Dylan receives a hero’s welcome wherever he goes. How can it be any other way? Much has changed in the seven years since he played Timbre’s Rock & Roots. He’s now a Nobel laureate for Literature and has new album, 2017’s Triplicate, to his name. The world in which his music lives is also unrecognisably different from when he was mere troubadour chronicling how the times are a-changing. But its import is just as, or, rather, more, timely. We’ve never demanded more more empathy from pop culture in recent memory than now so having a true master of the form bless us in the flesh is a true event. 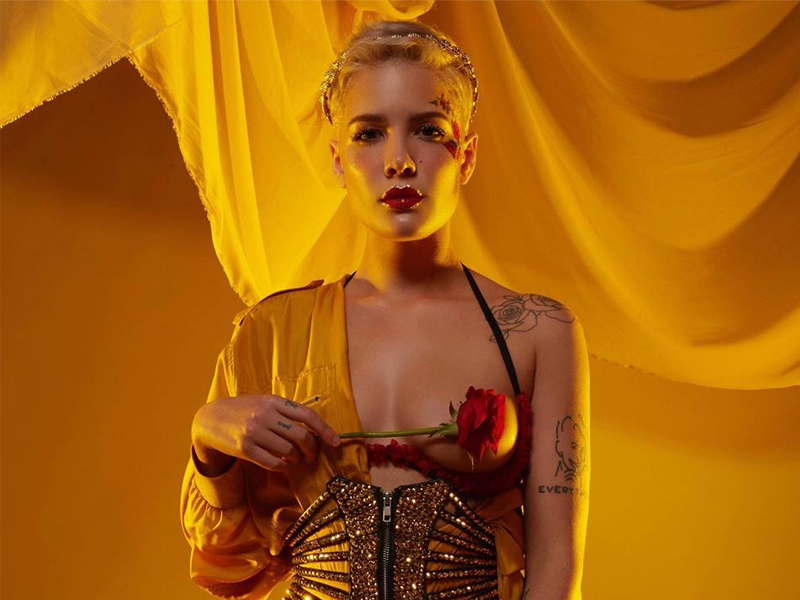 Where: The Star Theatre
When: 8 August

The electropop goddess behind hit tracks ‘Colors’ and ‘Bad At Love’ is returning for her first full-fledged concert here. When Halsey last performed in Singapore, it was as a headliner for the 2016 F1 Grand Prix alongside Bastille and Imagine Dragons. That was the year she rose to prominence with the worldwide chart topper 'Closer', a collaboration with EDM-pop duo The Chainsmokers. And if that's not enough to look forward to, an emerging artist joins Halsey on each leg of the Hopeless Fountain Kingdom tour: Jakarta R&B singer NIKI has been announced as the special guest for the Southeast Asian shows. 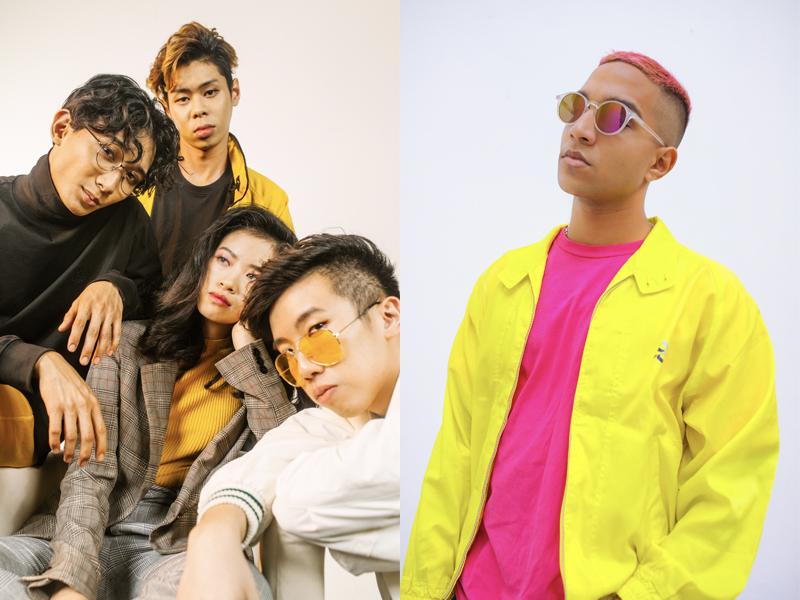 This year’s Baybeats Music Festival is going to be an interesting one, what with the addition of rap acts like Akeem Jahat and Yung Raja (pictured above, right), the influx of exciting young up-and-comers on the lineup like Disco Hue (pictured above, left), Kin Leonn and all the Baybeats Budding Bands, as well as scene veterans like Force Vomit, The Full Pledge Munkees and Sherene’s Closet.

And that’s just the local acts – bands flying in for Baybeats include second-night headliners Hundredth, Kyoto Protocol and Zamaera from just across the Causeway, Love X Stereo from South Korea and more. And just like it is every year, the festival is free. Peruse our interview that delves into Baybeat’s behind-the-scenes while you plot which acts you’re going to catch across the weekend. 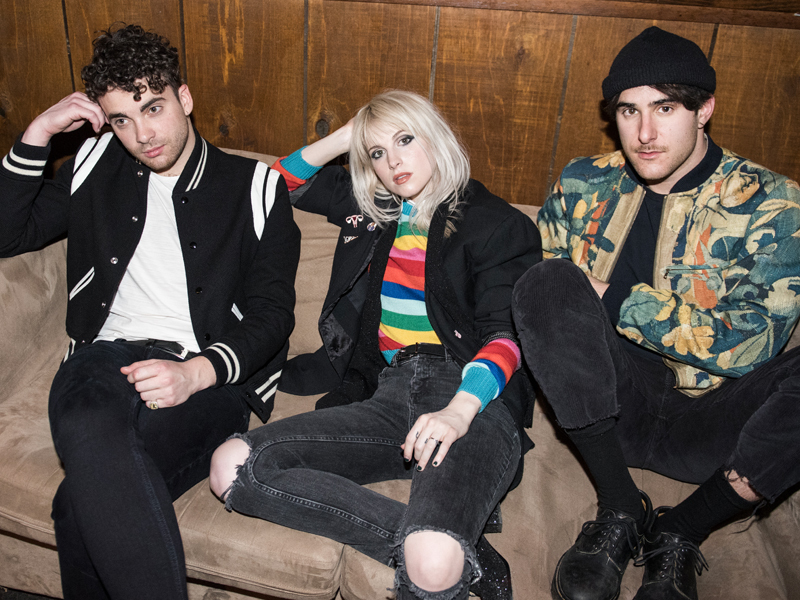 Everyone’s favourite pop-rock band Paramore are finally returning to the Lion City after seven long years. Making its highly anticipated return this month, the trio will be performing hits from their recently released critically acclaimed album After Laughter, as well as their classic anthems such as ‘Misery Business’, ‘Brick By Boring Brick’ and more. After line-up changes, experimenting with different styles and such, Hayley and the gang look to blow the roof off Zepp@BigBox like they did when they last performed here at the Singapore Indoor Stadium.

If you’ve never been to a Paramore show (or if you have but need a recap of what’s in store for you), the band is known for consistently putting on amazing live shows. Expect non-stop jumping, shouting along to your favourite lyrics and a ton of fun – and maybe a sore throat the next morning. Rest assured, it’ll be worth it. 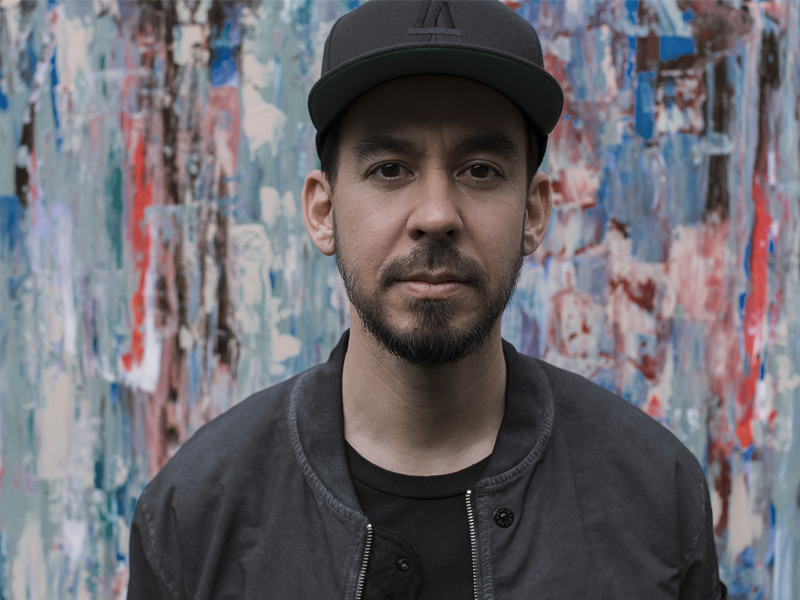 Linkin Park’s Mike Shinoda will be making his solo debut in Singapore this August in support of his debut solo album, Post Traumatic. The rapper/producer and all around musical talent will be back in Singapore for the first time since Linkin Park’s Singapore Grand Prix performance in 2011.

Fuelled by the trauma of his bandmate Chester Bennington’s shocking and untimely passing last year, Mike channeled his deepest emotions to put forth his first solo record. Fret not thought, Mike’s live performances are anything but gloomy. Get ready for a night of musical wonder when Mike Shinoda performs his first solo show in Singapore on 22 August. 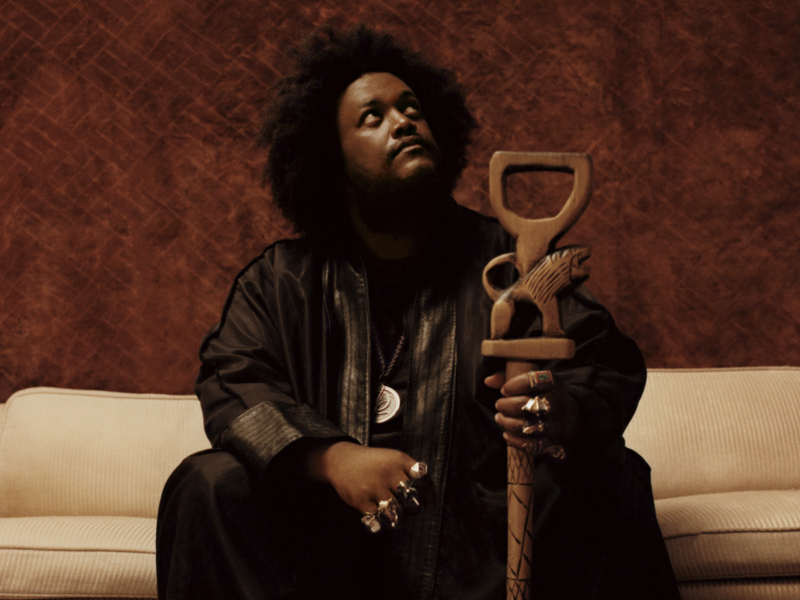 Where: Capitol Theatre
When: 23 August

Collective Minds brings yet another anticipated act to our shores, this time a big name in the jazz world. American jazz composer and tenor saxophonist Kamasi Washington has amassed worldwide fame with his improvisational and progressive brand of jazz that infuses elements of hip-hop, classical and R&B among other genres. His latest release Heaven and Earth was an ambitious double album that quickly soared to critical acclaim with a soulful meshing of textures beautifully put together by an orchestra, choir and jazz band. Jazz lover or not, this is one not to be missed. 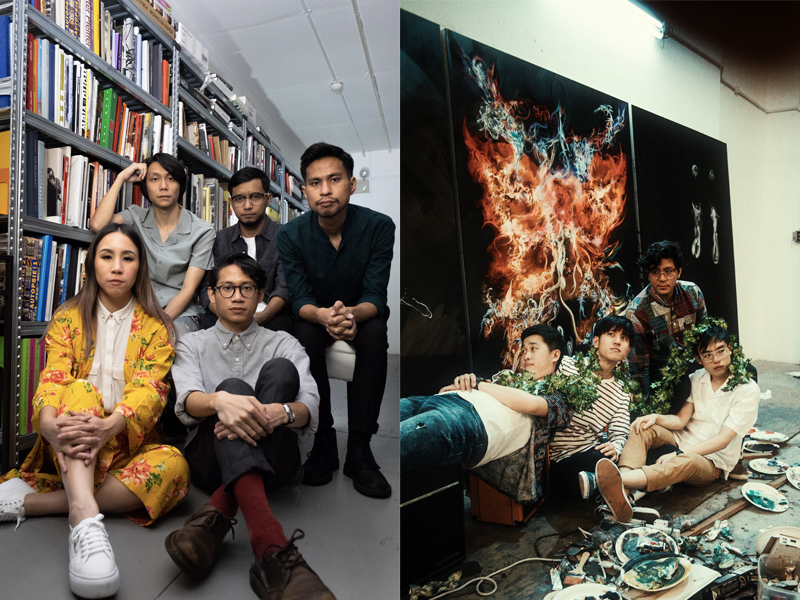 Where: Barber Shop By Timbre
When: 25 August

This month, a slew of local acts will take to the stage for a good cause. DEON, Dru Chen, Inch Chua, Disco Hue, Pleasantry (pictured above, left), Sherene’s Closet and M1LDL1FE (pictured above, right) will perform a benefit show in support of Noah’s Ark Natural Animal Shelter in Johor Bahru that is home to more than a thousand animals (yes, a thousand), including dogs, cats and horses. Animals in need and great music – do you need more reason to head down to Barber Shop by Timbre? 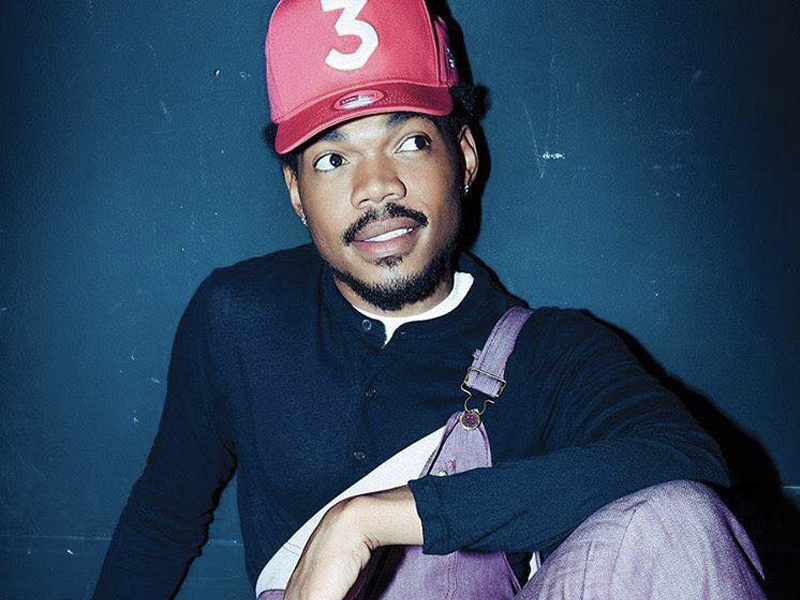 Chance The Rapper caught the attention of many back in 2012 with his his 10 Day mixtape, and further broke into the mainstream with the release of his album, Acid Rap later that year. Since then, the Chicago rapper has made a name for himself, earning multiple Grammy Awards and various high-profiled accolades in the span of six short years.

A forced to be reckoned with, Chance The Rapper has alluded to an upcoming album with Kanye West, which will undoubtedly top charts once it's released. Chance The Rapper will finally be performing in Singapore this August, when he makes his debut in the country. The highly anticipated show promises to be a night fans will not soon forget.