Streamed via 88rising's official YouTube channel and Facebook and Twitter pages as well as on SiriusXM at 10 AM SGT/PHT on 27 May, the event was part of the American label and artist collective's to celebrate this year's Asian American and Pacific Islander (AAPI) Heritage Month.

Asia Rising Together brought together some of the most exciting Asian acts in the global music scene, including Seori, DAY6's Jae (aka eaJ), NIKI, Guapdad 4000, and mxmtoon, who took to the stage to showcase their musical creations. The concert also served as a platform for some of these musicians to share their stories, experiences, and hopes for the Asian community. Proceeds from the concert went to the Asian Mental Health Collective.

"I hope you felt love all around as we gathered here today. For there will be days ahead when we might feel alone again. But today we celebrated, shined brightly, and stood proudly together. Those feelings and memories ripple forever and help remind you [that] you are not alone," said rapper and former 2NE1 member CL, who made a guest appearance at the concert.

Here are nine standout performances from Asia Rising Together. 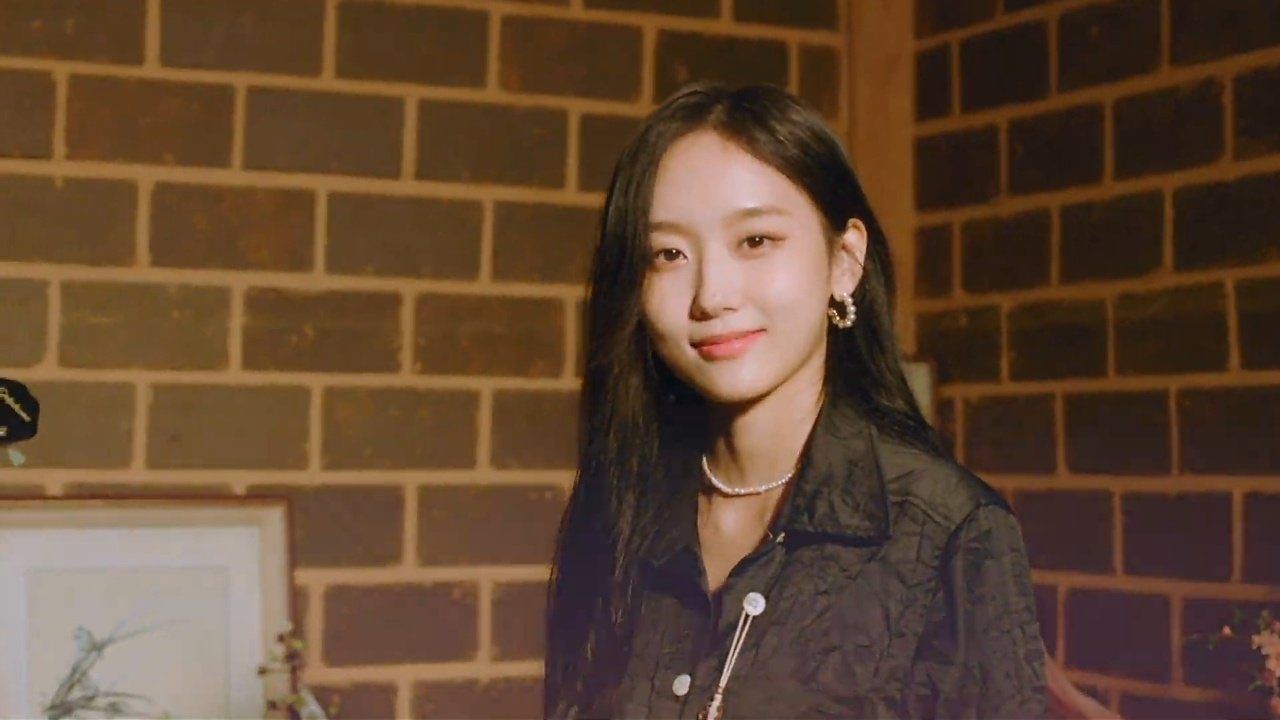 Singer-songwriter Seori has gone from being a cover artist on YouTube to one of the most exciting artists in South Korea's R&B scene in just two years. The 25-year-old opened her set with a stripped-down version of 'Running Through The Night', a beloved number from her 2020 debut EP ?depacse ohw before following up with 'Lovers In The Night', her latest single and her first to be released under 88rising. In this simple yet extremely memorable performance, it was Seori's angelic voice that stole the show. 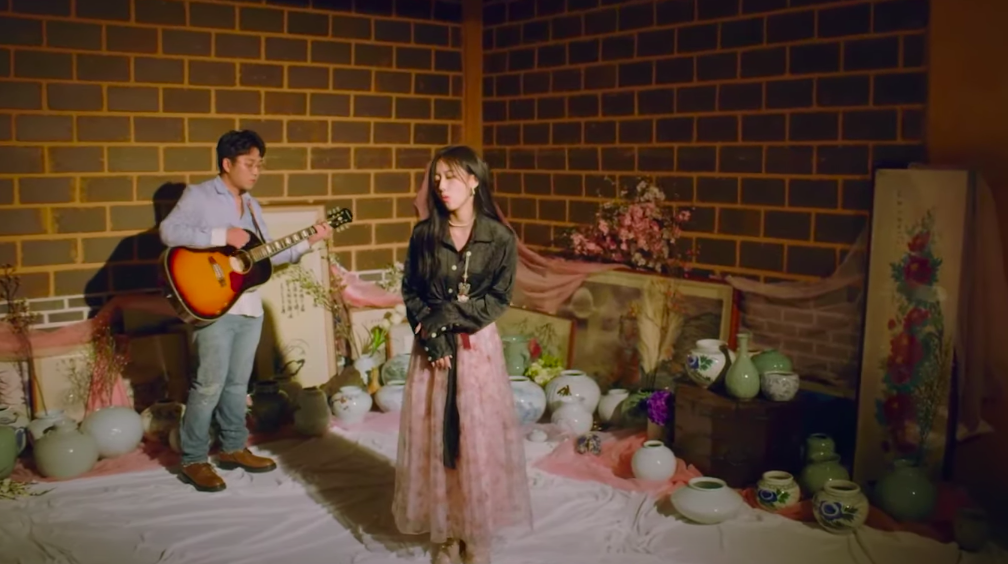 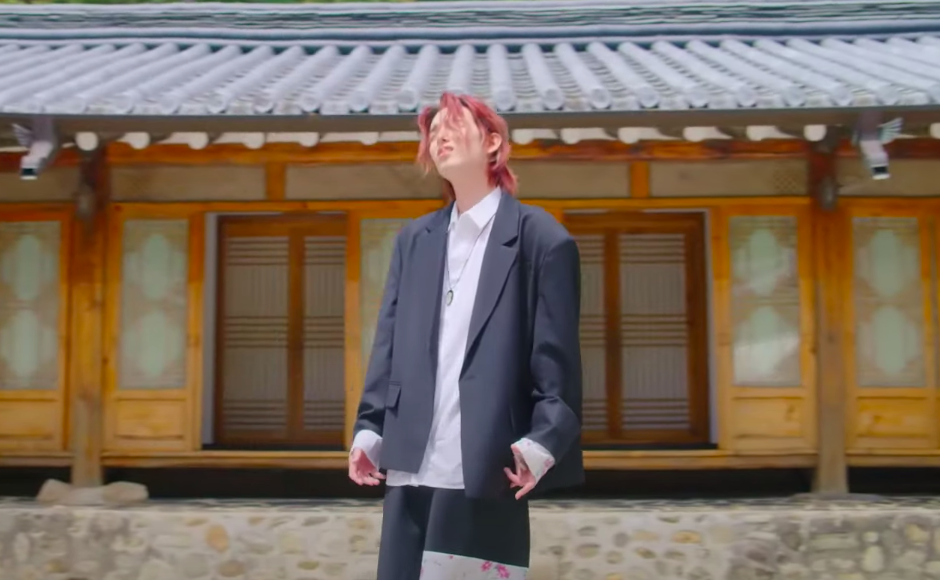 Clad in a blazer, shorts, and white high socks, DAY6's Jae, who performs under the moniker eaJ, delivered impressive performances of his singles 'Pacman' and '50 proof' against the backdrop of traditional Korean architecture. He then rounded off his set with a slowed-down version of DAY6's hit song 'Zombie'.

Jae also reflected on the struggles of the Asian community and shared his hopes for it.

"What is healing to me? I would say that healing is something that comes with understanding naturally over time. Pain is instant. [Cuts]eventually blemish away into scars. I feel like the Asian community has been bombarded with all these slashes for a long time and it’s finally time for people to put a stop to it. I feel like it's slowly stopping with the movement. With time, we’ll heal and those cuts will turn into scars and they’ll be things in the past. And hopefully, the Asian community will be able to take one step further in empowering themselves.” 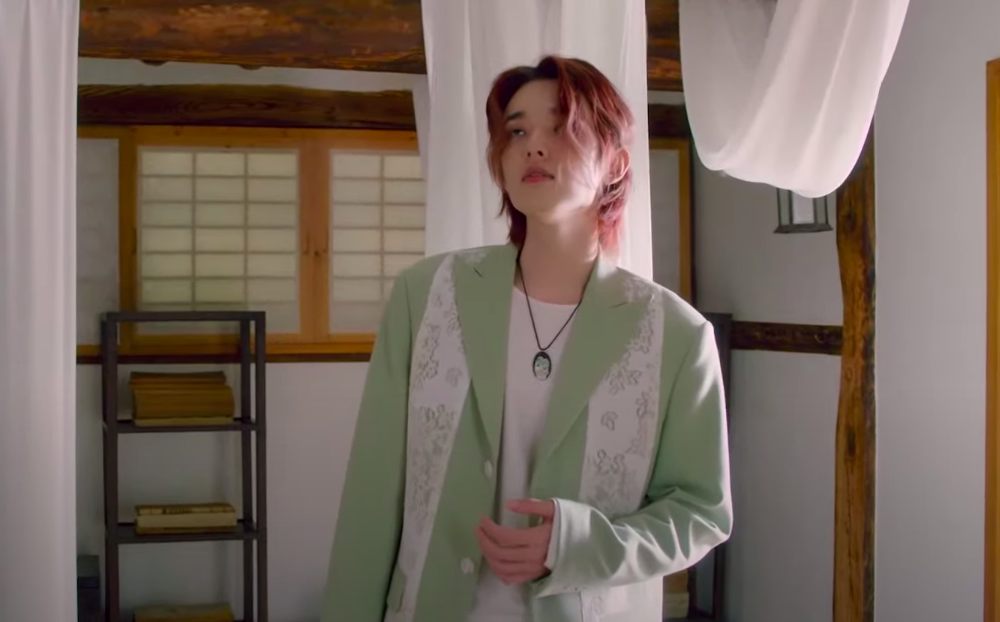 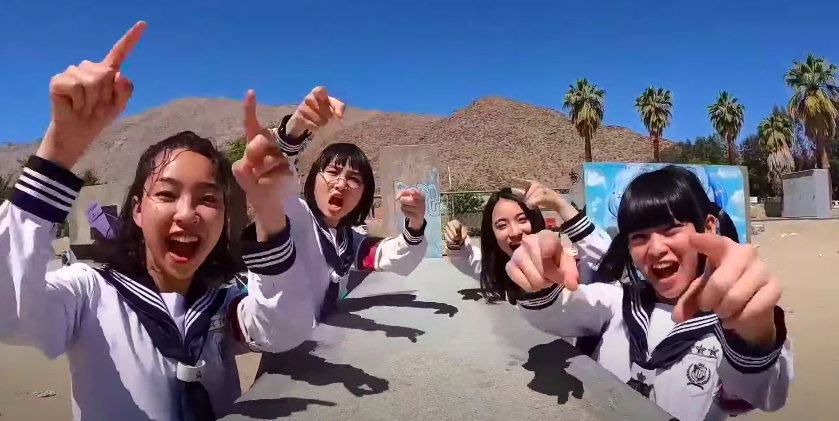 Japanese dance and vocal group ATARASHII GAKKO! injected Asia Rising Together with a dose of their infectious energy during their performance of their 2021 single 'NAINAINAI'. In true ATARASHII GAKKO! fashion, the quartet, made up of Mizyu, Rin, Suzuka, and Kanon, opened their set with a quirky introduction video.

"In this magnificently big America, we want to know how it feels to dance here. How it feels to DANCE in America!" exclaimed the group.

ATARASHII GAKKO!, clad in their trademark school uniforms, then burst into song and against a palm tree-filled backdrop. Through their delightful performance, the young J-Pop sensations gave the world a taste of the "revolution" that they intend to bring about. 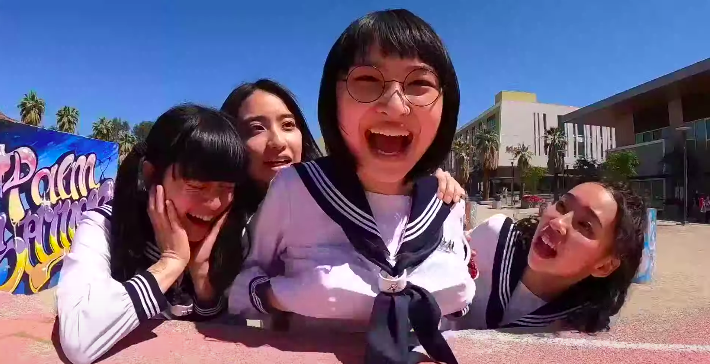 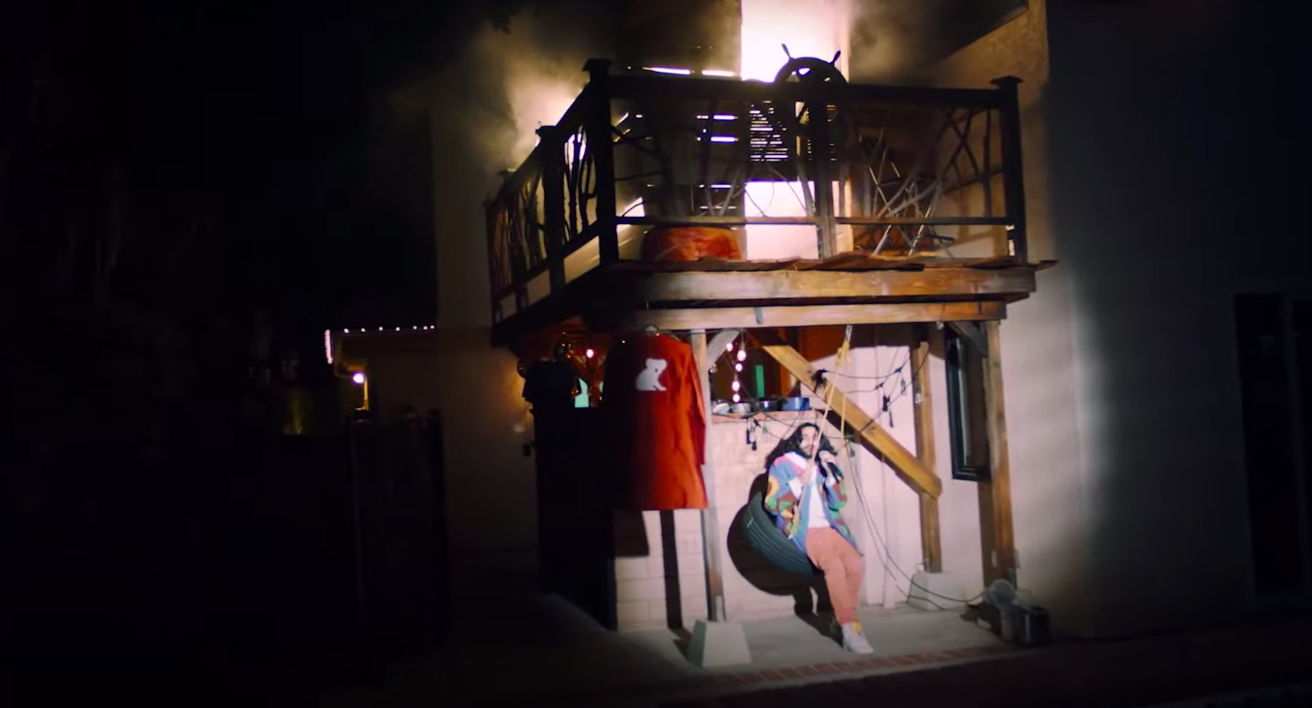 KOAD is a name that will soon be on everyone's lips. From the inside of a garage, the talented 18-year-old rapper and producer delivered a show-stopping performance of his catchy 2021 debut single 'pots n' pans' with a, you guessed it, pot in his hand. Stepping out the garage, the Indian-American artist followed up with an equally energetic performance of his second single 'jaunty', during which he showcased more of his dancing chops and his amazing rap flows. KOAD was born to perform, and he most definitely knows it. 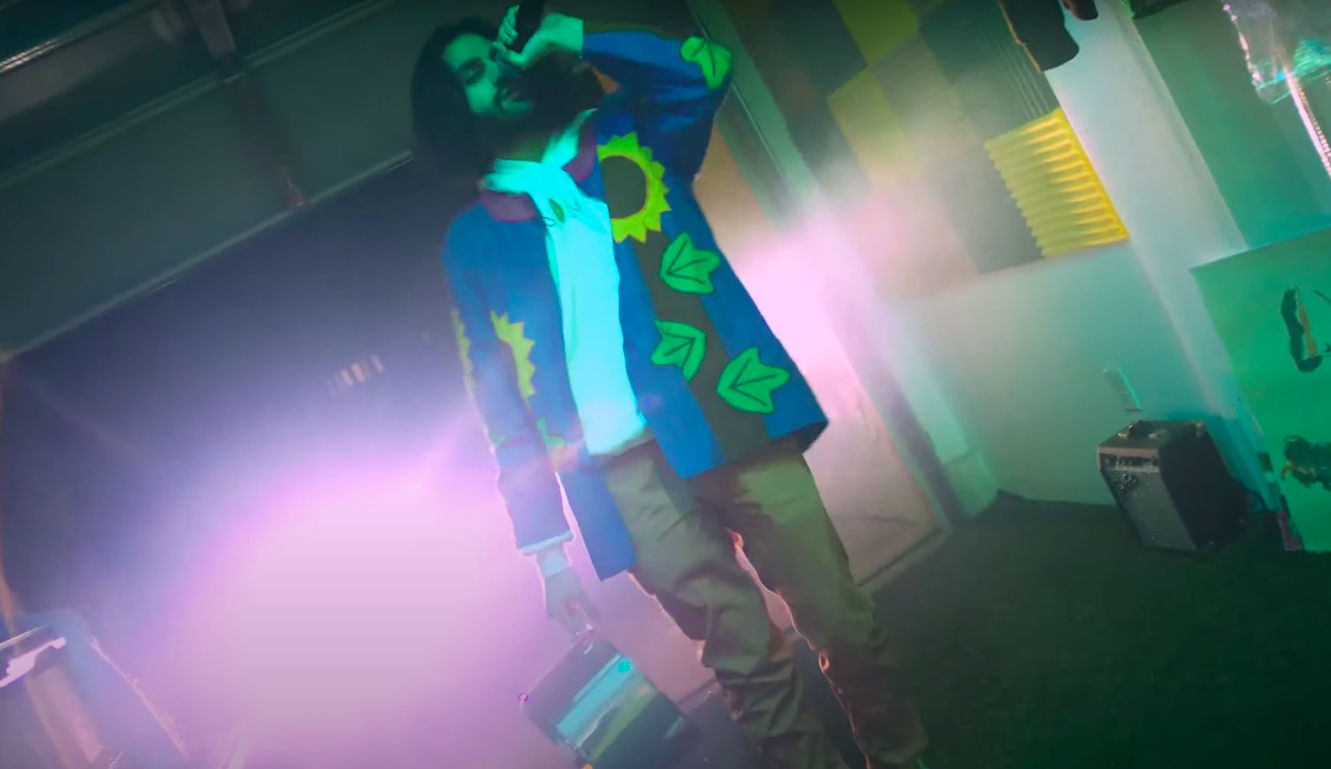 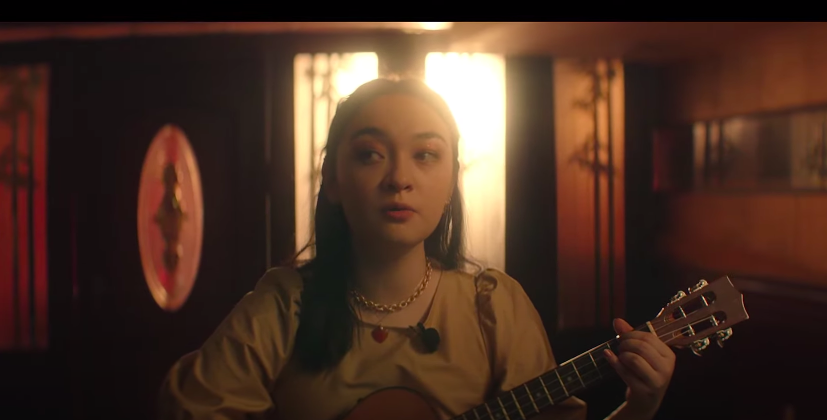 Armed with a ukelele, Oakland-based singer-songwriter mxmtoon presented beautiful acoustic renditions of two tracks from her 2020 album dawn — 'Fever Dream' and 'Almost Home'. Set within a house, the 20-year-old's set was an intimate one that was brought to life using gorgeous lighting and cinematography. It also featured a memorable sequence in which mxmtoon magically moved through the interior of the house while singing.

Before her performance, mxmtoon spoke about her experience of being an Asian-American individual.

“Being a woman who’s Chinese-American is trying to fight against the stereotype that Asian women are submissive and quiet and don't have strong belief systems or opinions on things and I’m a really loud, opinionated person."

"I think coming into the music industry working as an artist it was definitely difficult at points for people to be okay with the fact that I'm going to just be exactly the opposite of all these different things that have been set up and these preconceived notions of what it means to be Asian. So I’m always actively trying to fight against that.” 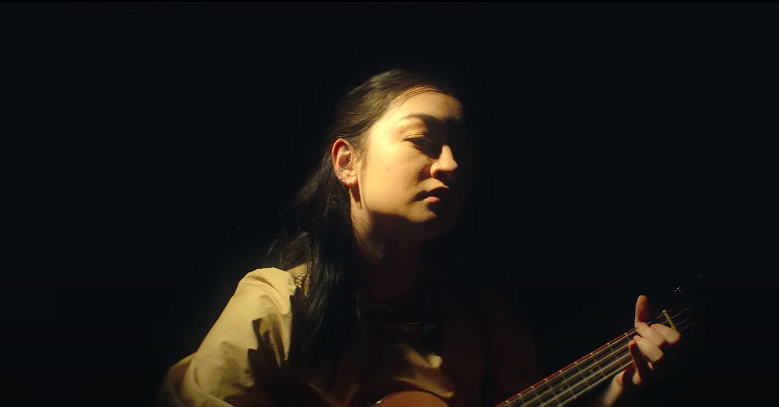 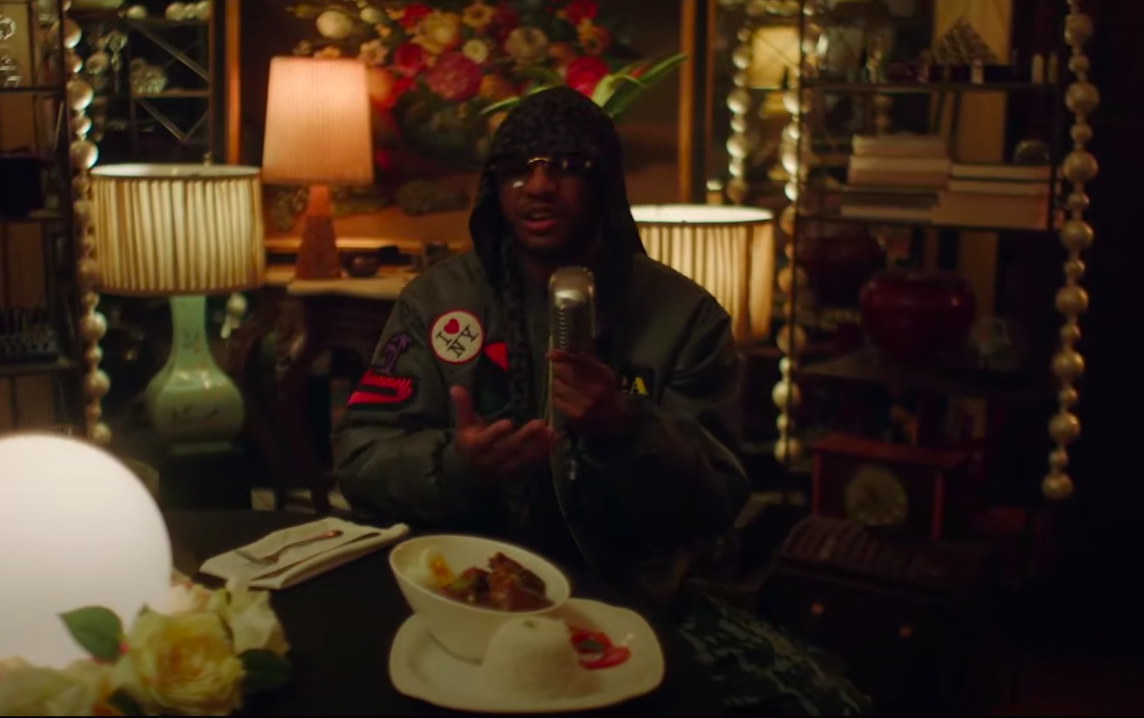 Chicken Adobo had such a huge impact Guapdad 4000's life when he was growing up that he decided to make an entire song about it. With the famous dish placed on a table in front of him, the Filipino-American rapper performed 'Chicken Adobo', a song taken off his latest album 1176. The Grammy-nominated artist, who is known to be extremely proud of his roots, declared his love for the dish and his grandmother's cooking in the introduction to his performance.

“Food has been the epicentre of the most basic family conversation. When I eat something like Chicken Adobo, it reminds me of my grandma cooking in that home. That atmosphere, those colours... very warm. That’s how I feel inside when I eat this food. And the closest thing I can relate to that feeling is love. I like being different. I like being an individual. My grandma has always encouraged that — to do the things I want to do in this world” 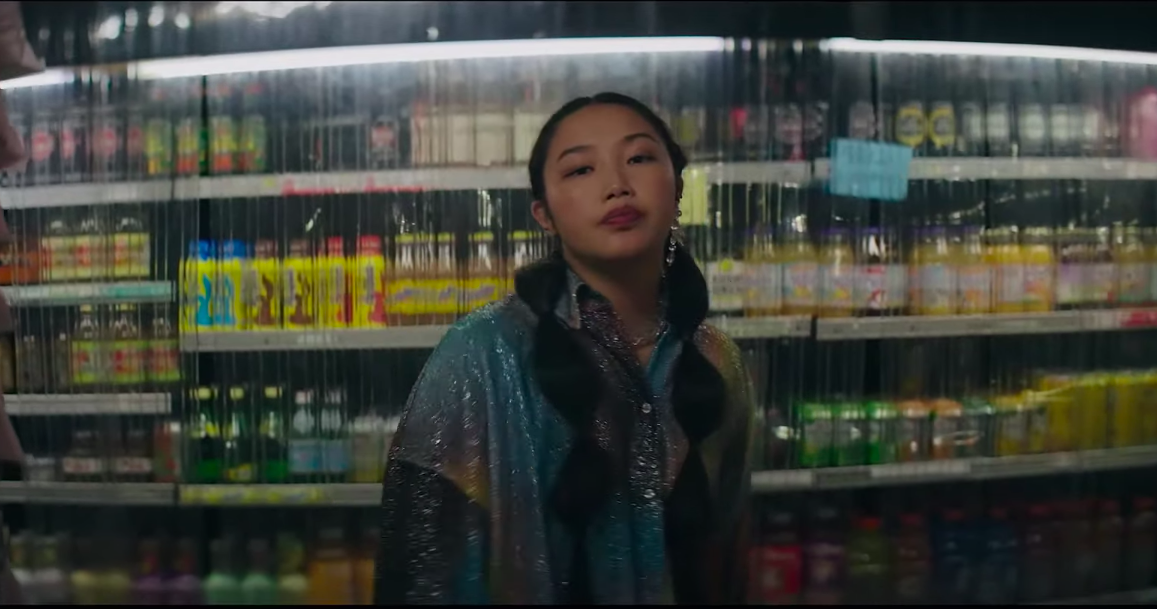 Audrey Nuna showcased her rapping prowess as well as her skills as a singer during her Asia Rising Together set. From the recognisable interior of a convenience store, the 22-year-old presented a live version of her 2021 single 'Blossom'. Following that, the Korean-American artist took to the streets for an emotional performance of 'Space'.

Audrey's segment of the concert also included a conversation between her, her mother Ja Kyung Kim, and her sister Ashley Chu. After listening to her mother recount the challenges that she had to go through as an immigrant in the United States, Audrey commented:

“Adversity has made us who we are in a good way. It’s in our blood”. 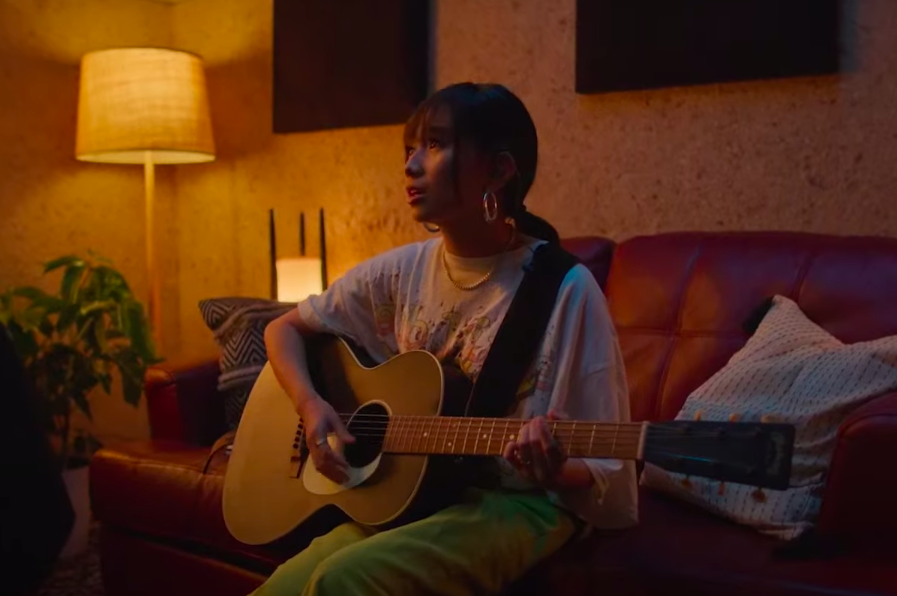 In Asia Rising Together's penultimate performance, Indonesian R&B star NIKI took the stage to present a different take on 'Drive On', a song from her 2020 album MOONCHILD. The intimate acoustic version featured NIKI on the guitar and was brought to life visually using a brilliantly executed long take.

Aside from performing 'Drive On', the singer-songwriter also offered some words of encouragement for others in the Asian community.

“For a really long time, being Asian has meant keeping your head down and being accommodating and letting others go first. It is important now more than ever to display ourselves as the complex, whole dimensional human beings that we are. If that means you're loud at dinner parties then be loud. If that means that you don't want to be a doctor and you want to be an artist, go do that. Just be fully and unashamed of who you are.” 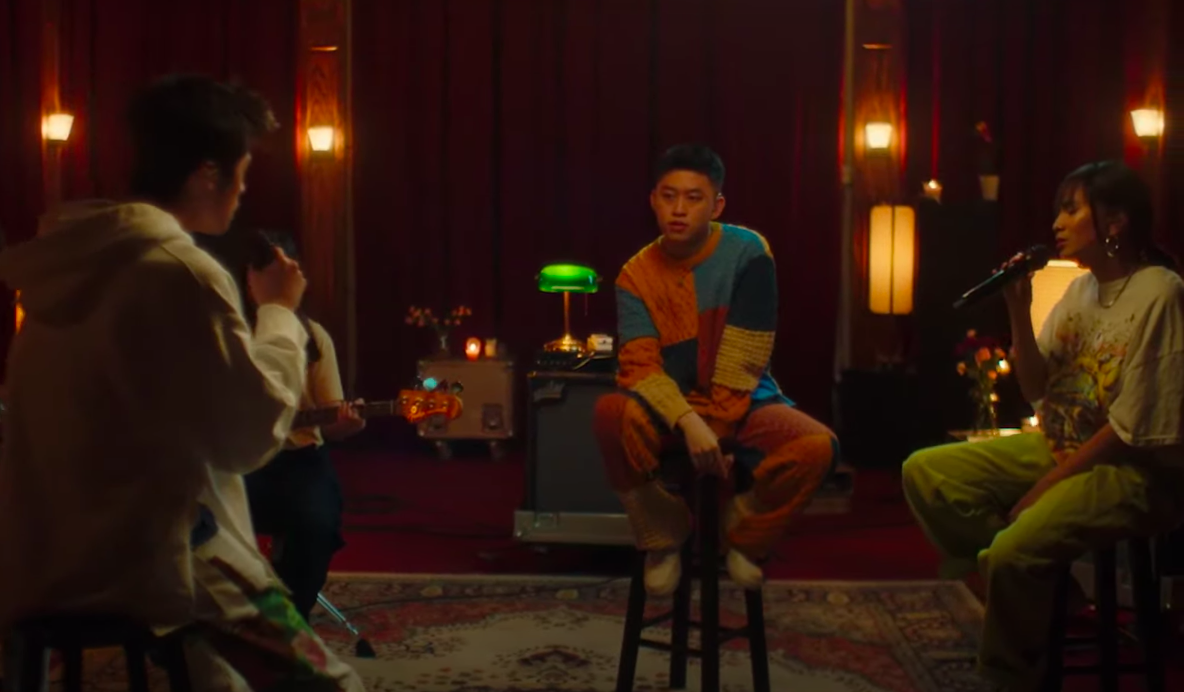 The biggest highlight of Asia Rising Together had to be Rich Brian, NIKI, and Warren Hue's surprise performance of their new collaborative single 'California'. The Indonesian artists closed the concert with a stripped-down version of the track, which has been described as a song about "three Indonesian kids that managed to chase their dreams".