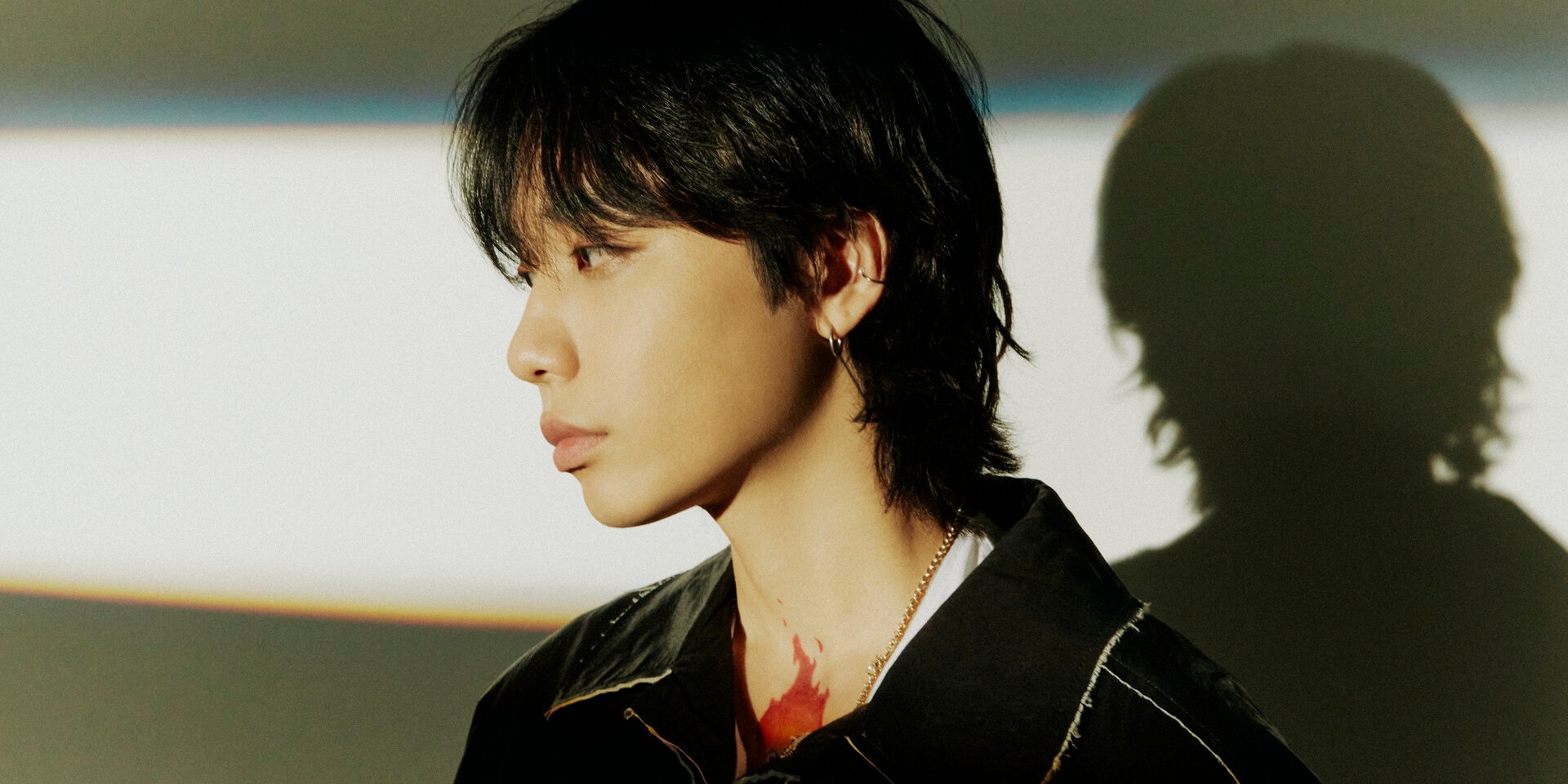 When the sun peeks from the horizon, many of us would still be in bed catching the last couple of minutes of sleep before our alarm clocks ring; but Korean singer-songwriter Dvwn's up and about, armed with a pen and notebook, writing lyrics for his next hit.

Pronounced like his favourite time of day - dawn, Dvwn is a new gem in Korea's vast indie music scene but has already made his mark with his musical versatility and lyrical intricacy. 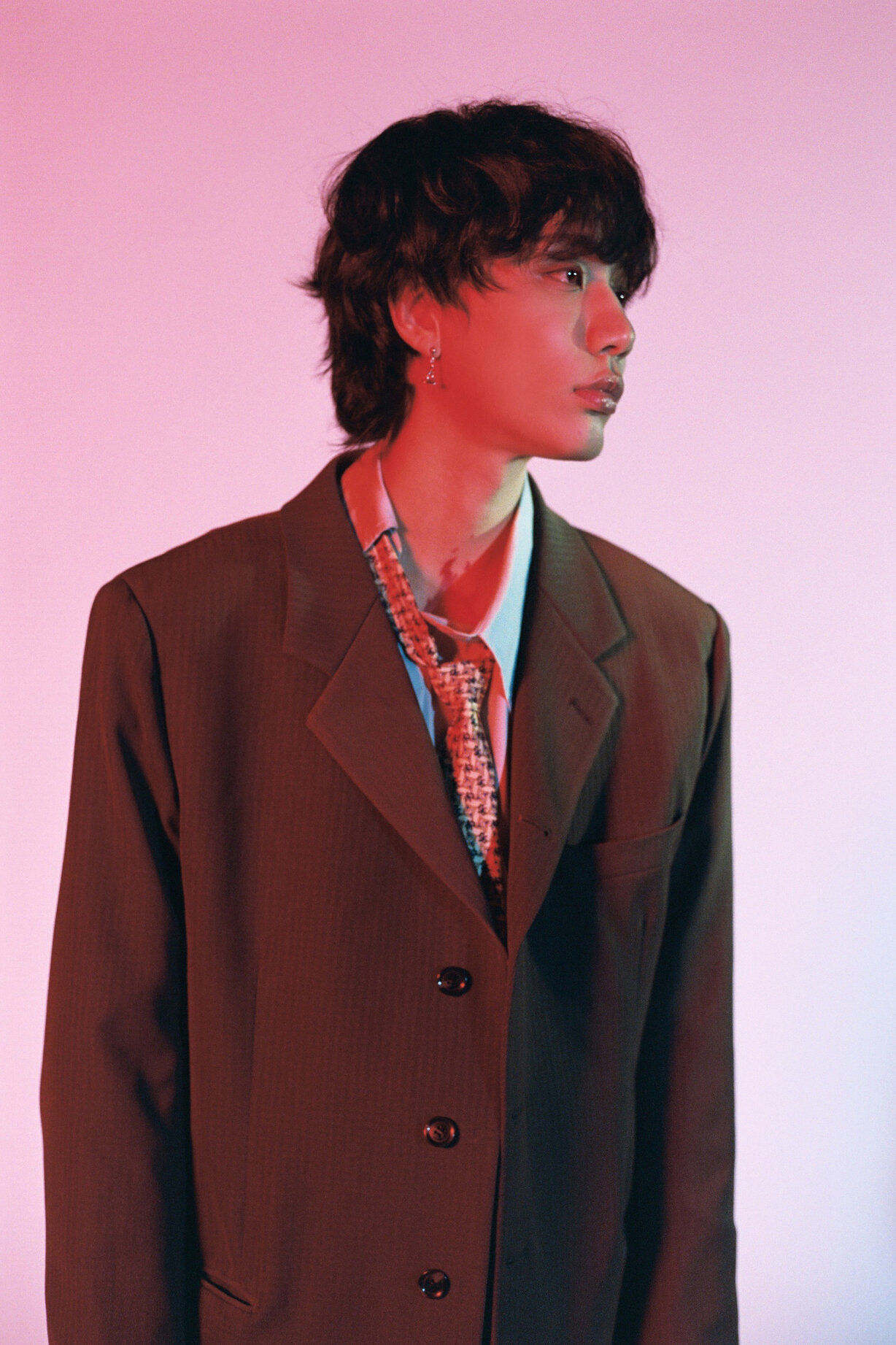 The 27-year-old's love and passion for music started at a young age, constantly listening and singing to a variety of artists all throughout his childhood. Eventually, he delved into the music scene himself in 2017, starting out on SoundCloud posting songs he wrote and recorded at the crack of dawn, in between part-time jobs.

Transcending a wide array of genres - from lo-fi jazz to R&B, Dvwn borrows from several soundscapes, seamlessly weaving together a sound distinctly his own. Most notably, the singer-songwriter's current discography boasts live instruments, with most of his tracks featuring an extended guitar solo and instrumental bridge.

"I have always wanted to make music accompanied by band sounds, or something that sounds very lavish and rich. I don’t specifically try to impart messages through my music. I just hope to deliver a story that I would like to tell to the listeners," Dvwn tells Bandwagon.

Having been surrounded by music all his life, Dvwn's sound is a combination of all the different artists, both local and international, that he's admired through the years.

"There are so many artists that I look up to, and my preferences change every now and then. If I would have to pick one artist right now, it would be Frank Ocean. Blonde is my favorite album. My answer could change any minute, though," says the artist.

Dvwn released his first EP entitled panorama in 2018. Consisting of five tracks, the record was the world's first major look into his unique musicality. Taking inspiration from his past experiences and hardships, panorama is a reflective recount of his life, against the backdrop of alternative R&B.

"It was my very first proper album, and I did not have enough funds. For a few months, I tried to mix the tracks by myself but ended up saving money to pay a professional engineer to do it. I must have wasted at least three months in the process. However, I’ve learnt a lot about sound design through the experience, which is coming in handy nowadays," says Dvwn.

A year later, Dvwn caught his big break, catching the attention of Korean rapper ZICO who then brought him onto his label KOZ Entertainment.

"I was quite excited, while worried at the same time. I mostly felt happy as it was a chance for me to showcase my music to more listeners," Dvwn on getting signed to KOZ Entertainment.

"The struggles I had to go through before getting signed, is what keeps me working harder. Especially, the memories of making music by myself help me through the day and act as a foundation for my current career."

As his first project as a signed artist, the singer-songwriter collaborated with ZICO on 'Being Left', a heartfelt track about being content with being alone. Elegantly balancing between the lines of soft pop and ballad, Dvwn describes working on the track being a "very comfortable and natural experience".

"We just tried to make music naturally. We were already half-way done on the spot when we first got together to write the song, says Dvwn.

Since collaborating with ZICO, the 'Last' act has gone on to work with the likes of EXO's Chanyeol, Kang Daniel, Babylon, Eric Nam, and more.

Dvwn's music has reached people across the world, having amassed millions of streams across his all tracks. Most recently, he even performed  Eastern Standard Time's DOUBLE HAPPINESS Winter Wonder Festival, alongside some notable acts in Asian music like Pamungkas, Seori, CHUNG HA, Ardhito Pramono, ATEEZ, and more.

"I thought that it was amazing to find out that people speaking different languages listen to my music as well. I feel so grateful to the international fans since I find it difficult to listen to music sung in languages that I do not completely understand. I do hope to release a song written in English soon,"says Dvwn.

As his first venture of the new year, the versatile artist just dropped a brand new single earlier this week. Entitled '자유비행 (free flight)', the track is Dvwn's first attempt at a new sound. Wanting to create a song that comforts his listeners in these trying times, '자유비행 (free flight)' is a ballad about being with your loved ones.

"I wrote the next single wishing to spend this winter with more warmth. I hope my music would bring warmth to the listeners," says Dvwn.

"The genre of the new track is a bit different from the music I’ve released so far. I tried to make the music sound gentler and more hospitable. I think it sounds softer than previous songs."

Released on 12 January, the music video for the track sees Dvwn, alongside co-star Park Shin Hye, on a flight longing to find the person's she's been dreaming about.

The track is the first of many things that the singer has in store. In the coming future, he plans to release more music, add to his growing Dawn Defibrillation EP series, and eventually return to the live stage. But, until then, Dvwn leaves this message to his fans, while at home, listening to good music and hanging out with his puppy:

"I hope for everyone to be healthy for the new year. I wish for everything to go with the flow, just like my motto. I hope to see you very soon with my new music."