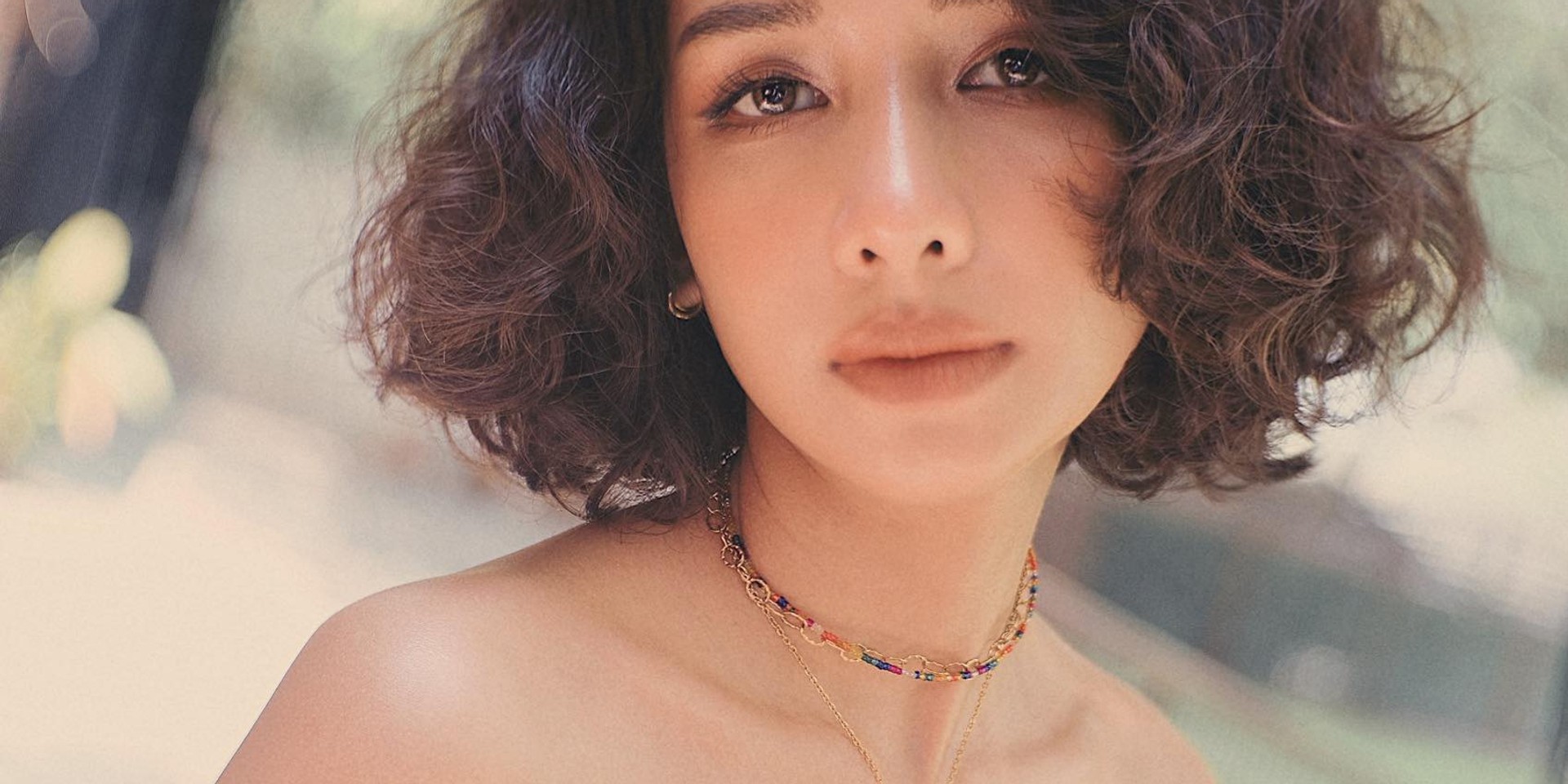 There is hardly a bad hair day for Thai pop artist Pichsinee Veerasuthimas, better known by her pseudonym Bowkylion.

From afar, the singer-songwriter easily catches one's eye clad in her warm-toned floral prints, but it's precisely her curly bob that lends her the name Bowkylion - a combination of her nickname 'Bowky' and her hair which resembles a lion's mane.

Bowkylion is no newcomer to the Thai pop scene, since her humble beginnings as a Youtube cover artist. Growing up inspired by her mother who was likewise an aspiring singer, she majored in voice at Mahidol University's College of Music in Salaya, Thailand, then went on to star as the lead vocalist of SKIPIT, a five-piece band formed in 2011.

Over five years, SKIPIT built a strong local presence by participating in countless of band competitions, including the Hot Wave Music Awards and their final single together, 'Crosswalk', emerged as #1 on Funjai's Weekly Top 10 charts. The fusion of R&B and jazz elements in SKIPIT's songs as well as songwriting skills were aspects that still shine through in Bowkylion's singles today.

As SKIPIT came to an end in 2015, Bowkylion made her first big step as a solo act on the stage of The Voice Thailand, which was a groundbreaking experience for the 21-year-old then.

"Even though I am not a person who likes competition, I would do everything to my best," said Bowkylion. "The Voice Thailand Season 4 contest is my special experience because it was my first time singing in the public in front of so many people as a soloist. It challenged me and made me stronger."

Bowkylion's husky voice and her ability to inject her emotions into heartbreak ballads were what landed her music career as a solo artist. She signed to Thailand's homegrown music label, What The Duck. which is home to promising voices with the likes of The Toys, F. Hero, Whal & Dolph, and more. Bowkylion debuted with an electro-pop track, 'Whatever (เอาเลย)' in 2017, which was her first foray into an unfamiliar genre as opposed to her beginnings in R&B.

One of Bowkylion's most memorable songs in her discography has to be 'Longjai (ลงใจ)' which resonated well with many of her fans.

"The song talks about loving someone so much that even when you’re in an unhealthy relationship, you’re still so happy to stay with it. I think this is the reason why most people can relate to the song," she shared.

Apart from 'Longjai' being her most streamed song to date, 'Longjai' also topped the charts of JOOX Music Thailand upon its release in November 2019. The gentle, heartfelt ballad was covered by many Thai cover artists, aspiring musicians, and even Thai pop sensation The Toys. His rendition of 'Longjai' amassed over 10 million views on Youtube.

Bowkylion recently released two comparatively lighthearted songs, 'Still' and 'Crush', which brought comfort to her fans during the pandemic. 'Still', the more acoustic inspired single of the two, became the #1 trending Youtube video in Thailand within a day of its release and made its way to #1 on Thailand's Apple Music charts as well.

While releasing music during the pandemic posed new challenges for Bowkylion, she shared that performing for livestream concerts helped her to stay connected with her fans despite the distance.

"During the pandemic, our team has to rearrange all plans and focus more on online for the promotion. But on the other hand, I think I got closer to my fans compared to life without the pandemic since we have the technology to help us create online concerts," she added.

Earlier in June, Bowkylion was one of the ten artists to grace the stage of Online Music Festival Top Hits Thailand, which marked a new milestone for Thailand's music industry as the first interactive music festival. Held over Zoom, the festival saw artists such as Scrubb, Tilly BIrds, Mirrr, Gungun, and more, playing to an audience of over 3,000 fans on stage no short of concert elements.

Here is the future of music: monetized livestreams

Using an application created just for the festival, the audience could support their favourite artists by sending heartfelt messages. With the faces of the audiences on the huge screen lighting up the stage, the artists no longer had to perform to rows of empty seats. 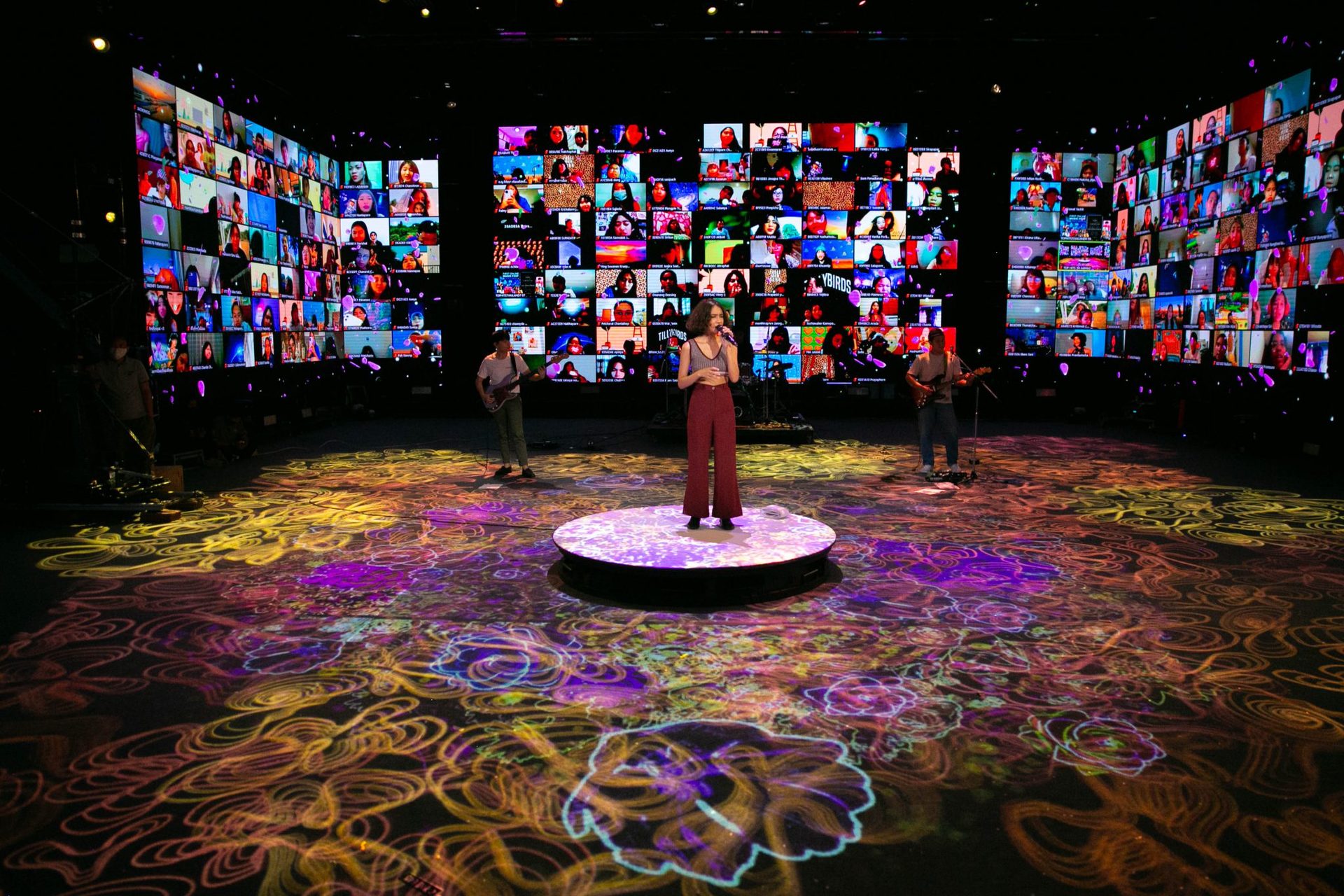 As Thailand recovers progressively from the spread of COVID-19, live gigs have started to resurface in smaller performance venues this month. Apart from performing locally, Bowkylion is currently working on her first full-length album Lionheart, which is slated to drop in September. With the inclusion of familiar tracks such as 'Longjai', 'Still', 'Untold', and more, the album cues a series of tear-jerking love stories to come.

"After that, I’ll keep doing my music and try to be a producer in one day," she said.