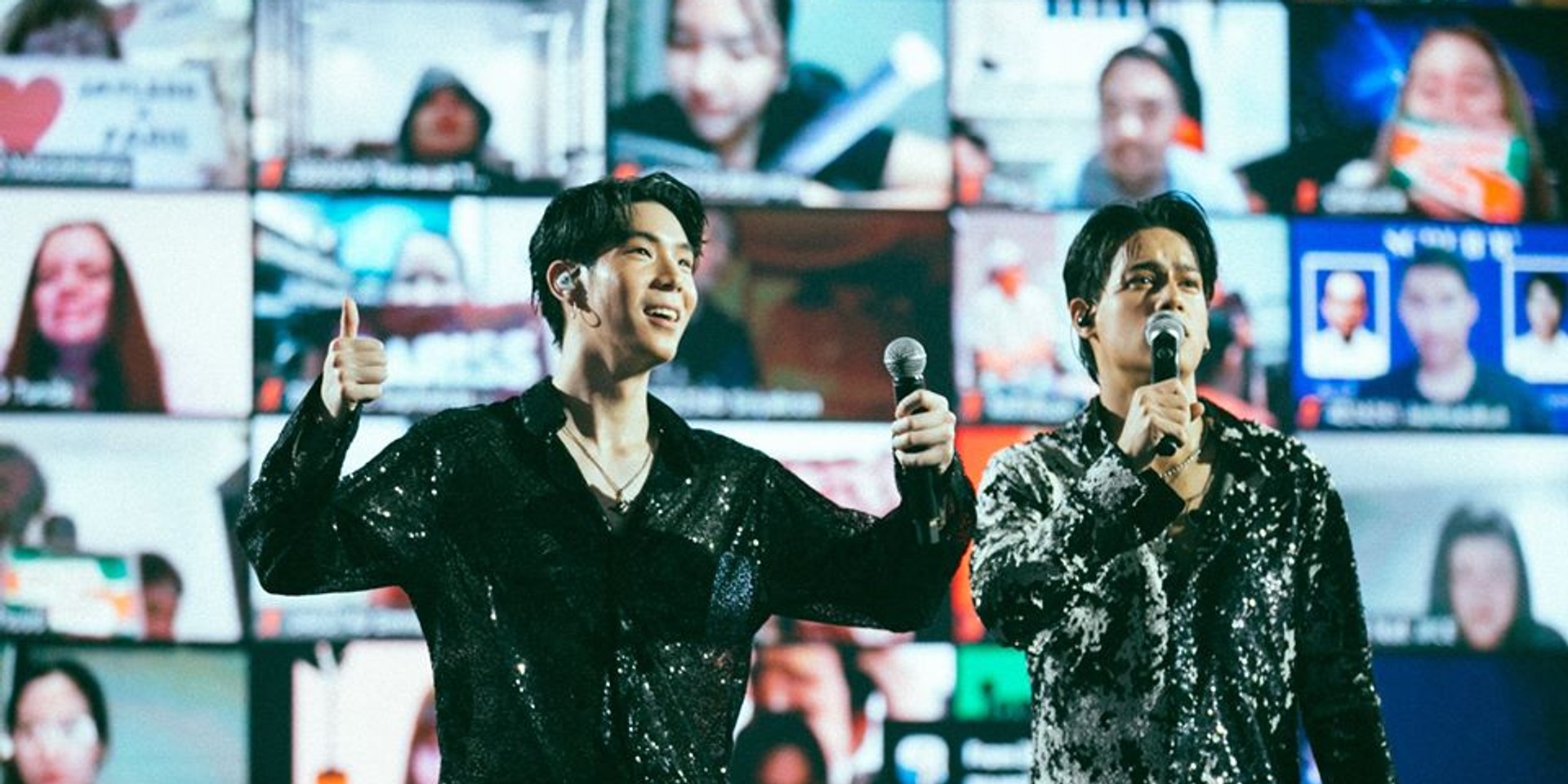 The music industry has been hit hard by the ongoing coronavirus pandemic, with live events and financial stability as its biggest casualties. Even as most of the region's quarantine orders have been lifted and several countries prepare to reopen, the return of live music events is largely uncertain.

In Singapore, entertainment venues are still closed indefinitely and reopened bars and restaurants are restricted from hosting live music gigs. The same goes for Hong Kong and South Korea where even amidst relaxed social distancing policies, are still not permitting live music, especially since the latter experienced a second wave of active cases stemming from a series of nightclubs. 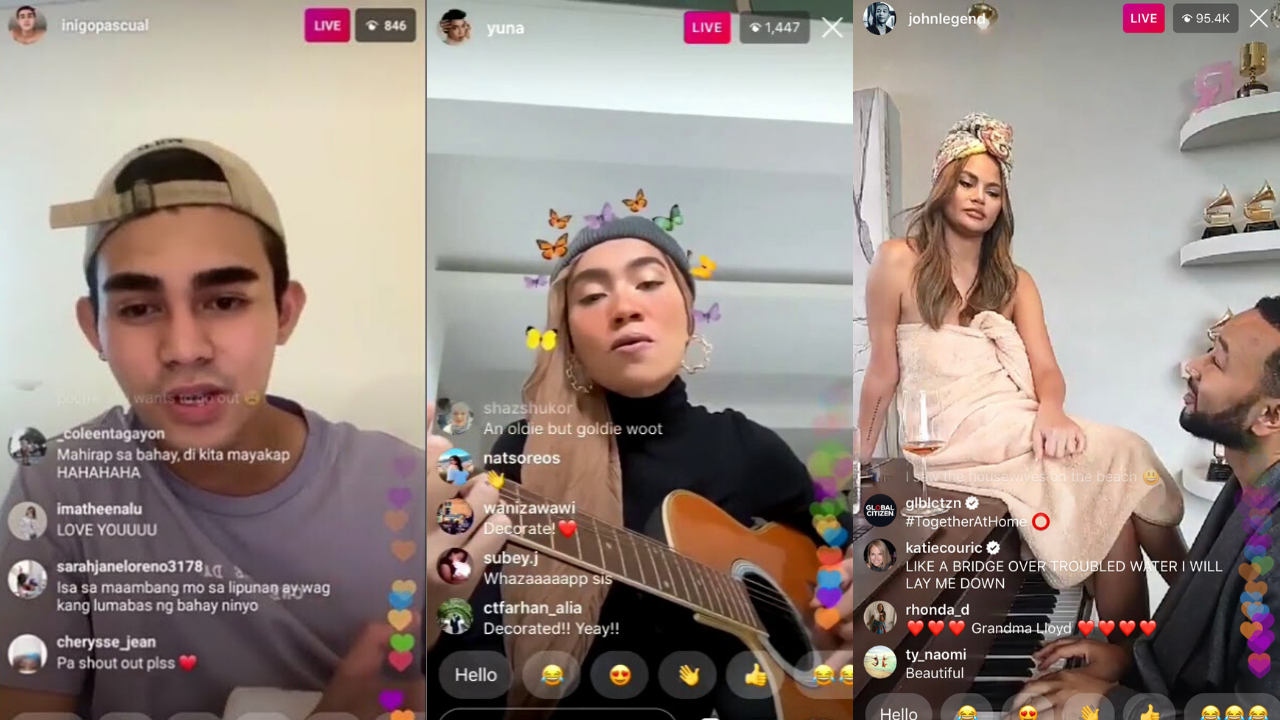 Due to all these restrictions, many musicians and artists have resorted to online livestreams and digital concerts. Since the start of quarantine, there has been an influx of livestream content, with many artists flocking to platforms like Twitch, YouTube and Instagram to perform and connect with their fans. On Twitch alone, there was a 524% rise in viewership hours during March, on the platform’s music and performing arts category. Instagram Live also saw a 70% surge in usage that same month.

Despite the increased interaction between musicians and their audiences, most of these online concerts come free of charge, thus, threatening how the music industry makes money.

The industry is intrinsically tied to live events and mass gatherings. According to the World Economic Forum, live music, which mainly consists of ticket sales, currently make up over half of the global music industry revenue, which as a whole is estimated to be over US$50 billion. With coronavirus wiping out at least a year’s worth of concerts, tours and festivals, analysts expect a loss of up to US$9 billion.

Artists and musicians also largely depend on live gigs and tours as their main source of income. Even as streaming services grow in popularity, it is still mostly impossible to earn a liveable remuneration through streaming platforms alone, especially for small, independent artists.

So, as the music industry progresses into a vague future, musicians and companies are now looking to turn what was once an all-access platform to a business avenue.

For the most part, paid and ticketed livestreams have been the most viable solution.

Erykah Badu was one of the first in music to pioneer ticketed online shows amidst the ongoing pandemic. In late March, the R&B singer-songwriter launched her live concert series, entitled ‘Quarantine Concert Series: Apocalypse, Live from Badutron’, to which she charged a minimal fee between US$1 - US$3. In addition, rather than using Instagram Live, YouTube or other existing streaming platforms, she essentially built her own, which not only remunerated her but her musicians, engineers and tech team as well.

Following Badu’s innovative solution to this “new normal”, there has been an insurgence of pay-per-view online concerts, both from individual artists and on the musical festival front.

More recently, BTS has been another artist to host a paid online show. In celebration of the 7th anniversary of their debut, the Kpop supergroup hosted ‘BangBang Con’ on 14 June. The 100-minute concert was streamed live via WeVerse, a Korean mobile app that was created by the group’s label, Big Hit Entertainment.

Check out a live reaction to BTS' Bang Bang Con:

This concert follows the group’s previous online show of the same name, which garnered at least 50 million viewers total with 2.2 million fans watching at one time. It was held on 17 - 18 April and was streamed for free via YouTube, but still earned BTS an increase in channel subscribers, streams and album purchases.

What the Duck also showcased the plausibility of paid online shows at the scale of a festival. Following a previous and immensely successful online concert featuring Thai duo, Whal & Dolph, the Thailand record label giant hosted Online Music Festival Top Hits Thailand, powered by Zoom. It was the country’s first interactive virtual music festival and lasted six hours with performances from local artists in the likes of Scrubb, Bowkylion, Tilly Birds, and more.

“The whole idea behind the online music festival is that during the COVID-19 situation, not only were the label and artists affected but also the crew, technicians, sound engineers including everyone on ground music activity. So, we thought this could be another way to help the whole ecosystem of the music industry,” Samkwan “Moy” Tonsompong, What the Duck’s managing director, tells Bandwagon.

After observing these events and many more like it, there seem to be three major factors that can potentially lead to financial sustenance - interactivity, grand-scale productions and fan loyalty.

Unlike a regular concert, Badu's online concert series also allowed for more interactions and interactivity with her audience. Viewers were able to vote on the show’s setlist and choose which room Badu and her band would perform in. “I wanted the audience to feel like their dollar not only got them into the show, but they also got to help create the moment by choosing what song I did next. It was so very important to me that that was a part of the experience,” said Badu in an interview with Variety.

In a similar vein, Online Music Festival Top Hits Thailand featured several interactive and AR elements, including a gigantic 360-degree screen showcasing live images of the audience. Artists were able to spotlight certain viewers and even have a conversation with them, something highly unlikely to happen in a regular concert.

Interactivity was a major factor during the event’s conceptualisation. “We had learned from our first interactive online concert that the audience’s experience from their tablet, phone or computer… is totally different from an actual concert. So, this Online Music Festival, we combined and created all technology that we have such as AR effects and a specific application used only to interact while watching the festival,” said Moy.

Here's what SCRUBB's performance at Online Music Festival Top Hits Thailand looked like, complete with a live feed of the audience:

On a grander scale, BTS’ anniversary concert was held in six different rooms, across two stages and featured a glowing map that represented viewers clicking on a virtual lightstick to replicate a live audience waving their ARMY bomb lightsticks in a stadium. In addition, fans were also able to choose their favorite angle from the multi-screen display available, which despite not being of the highest quality or connection, served its purpose in enabling fans to see the group members up close. BTS also had a live question and answer session, where they were able to read comments directly from the viewers.

This is BTS performing in front of their virtual ARMY bomb lightstick display:

And, this is the group addressing their fans:

These types of elaborate elements and extensive processes of production help set apart ticketed shows from free livestreams on Instagram Live, Twitch or YouTube. They can add value to the virtual concert experience and help drive actual income from an online show.

Beyond that, fan support and direct artist-to-audience communications is also an important factor.

Engagement has always been at the forefront of BTS’ career and is one of the many reasons why the group skyrocketed in popularity. Before their exponential rise in fame, BTS leveraged off social media and built a legion of dedicated fans through constant online engagement. That same fanbase got the group the 2017 Billboard Music Award for Social Artist.

And, now more than ever, a loyal community of fans proves to be a major asset.

The Philippines’ Marilag Records can attest to that. Following the impact of COVID-19, the independent Filipino label, alongside its artists, Munimuni, The Ridleys and Kamara, launched a Patreon page in an attempt to keep afloat during this pandemic. On their page, the bands each release new music every month, and exclusive behind-the-scenes and unreleased content.

WE HAVE AN ANNOUNCEMENT.

NEW MUSIC EVERY MONTH FROM MUNIMUNI, KAMARA, AND THE RIDLEYS.

BUT WE NEED YOUR HELP.

SUPPORT US ON PATREON: https://t.co/XeorJ3ckDh

“The ‘new normal’ presented our industry with a problem. In this time of a pandemic, the main income stream of artists - gigs - have been cut off. Yet we believe that it is in these times that people need to hear new songs that give them something to hope for. So we had to find a way to continue making music and not give up on our passion,” Marilag Records tells Bandwagon.

Patreon is a crowdfunding platform that provides a business structure for creators, artists and musicians, that allows them to earn a monthly income through subscription-style payment tiers.

This online economic engine depends heavily on accessibility and strong fan relationships. “We were worried about whether or not it would work...but at the same time, we have always been confident that our artists’ listeners would support them through thick and thin. True enough, day by day we see new supporters,” said Marilag Records.

These difficult times have led to innovative and creative solutions, but the question still remains - can the music industry earn an income online?

Erykah Badu’s concert series garnered a considerable amount of success, with the first two shows attracting over 100,000 viewers and earning an approximate of six figures, according to Variety. However, considering the expenses that come with running an independent livestream platform on top of labour and production costs, profit is hard to come by. Badu admits that it is not entirely sustainable and wasn’t profitable the first time around.

In addition, Online Music Festival Top Hits Thailand charged US$16 for a ticket and garnered close to 3000 viewers, and while the concert generated profits it was nothing compared to an actual concert’s revenue, according to Moy. 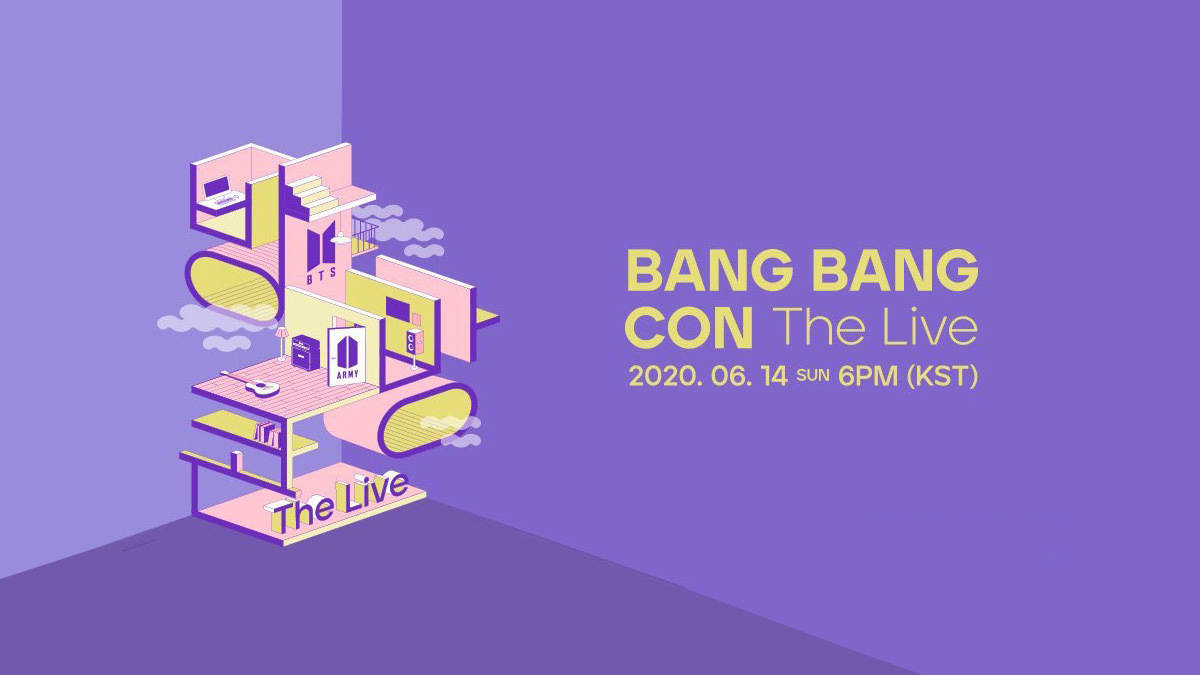 BTS’ anniversary concert attracted 756,000 viewers across 107 countries and generated a revenue close to US$20 million, “marking the biggest audience for a paid virtual concert”, said the group’s label, Big Hit Entertainment. But, how profitable the show was, and whether it can be a viable alternative for the company which reportedly made $483.3 Million in revenue in 2019, is still not known. 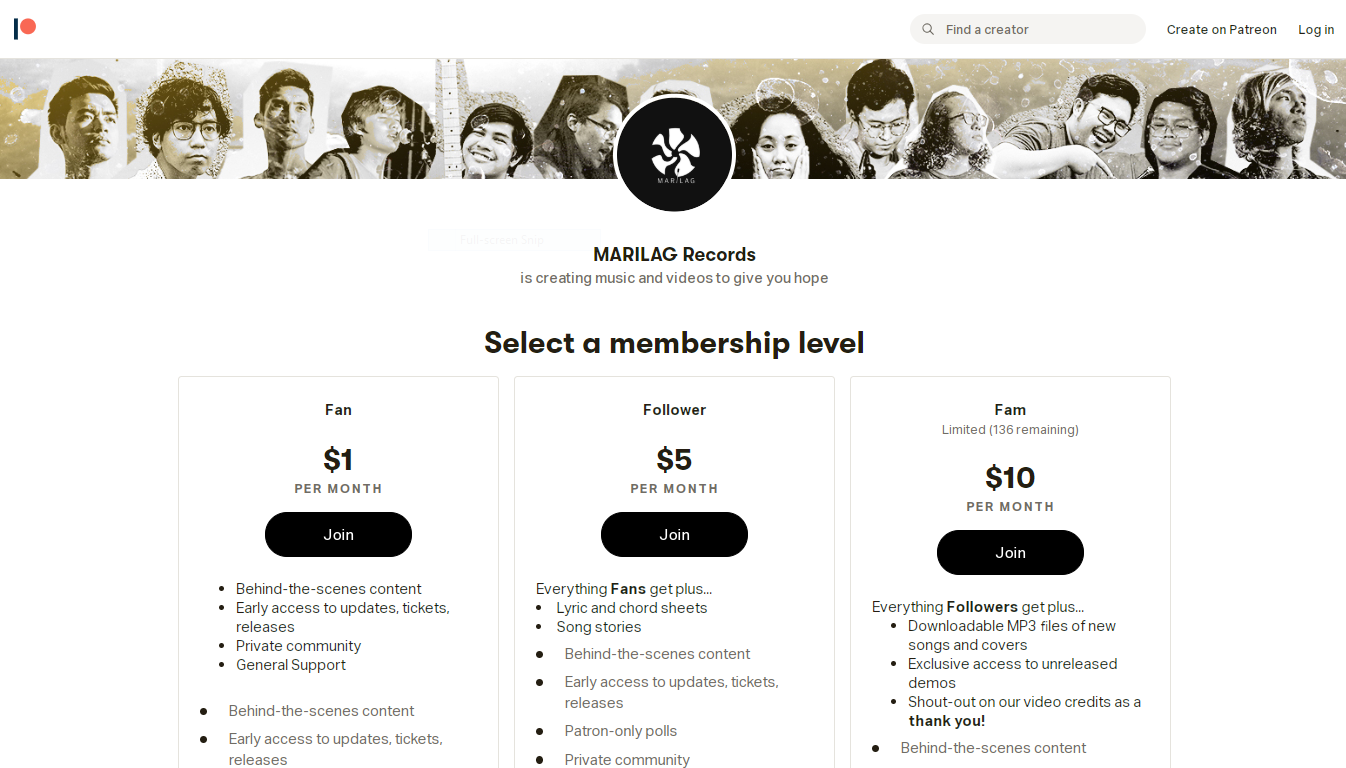 Marilag Records also shares the same sentiment, stating that while having a shared source of income is beneficial to the artists, “it isn't really that much” right now. On their Patreon page, the label has garnered 174 Patrons and charges a monthly subscription fee of US$1, US$5 and US$10.

Regardless, many are still hopeful.

“This kind of online music festival is an investment. I believe that this kind of online interactive concert will still happen even when [COVID-19] has gone away. We are lucky to be the first to do this but this is a new opportunity for everyone,” says Moy.

“We're confident that as time goes by and people see the value of what we're doing, many more will support us financially and the platform would become more sustainable,” says Marilag Records.

The music industry is continuing to grow and evolve in response to the ongoing pandemic. For now, the solutions are livestreams and online fundraisers. Whether it’s working to keep the industry afloat is still unclear, especially when the shore is nowhere in sight just yet.

But, as Erykah Badu said “the most important thing [is] that artists, labels and the audiences see that [ticketed livestreams] are possible”, especially as the industry continues to enter uncharted waters.