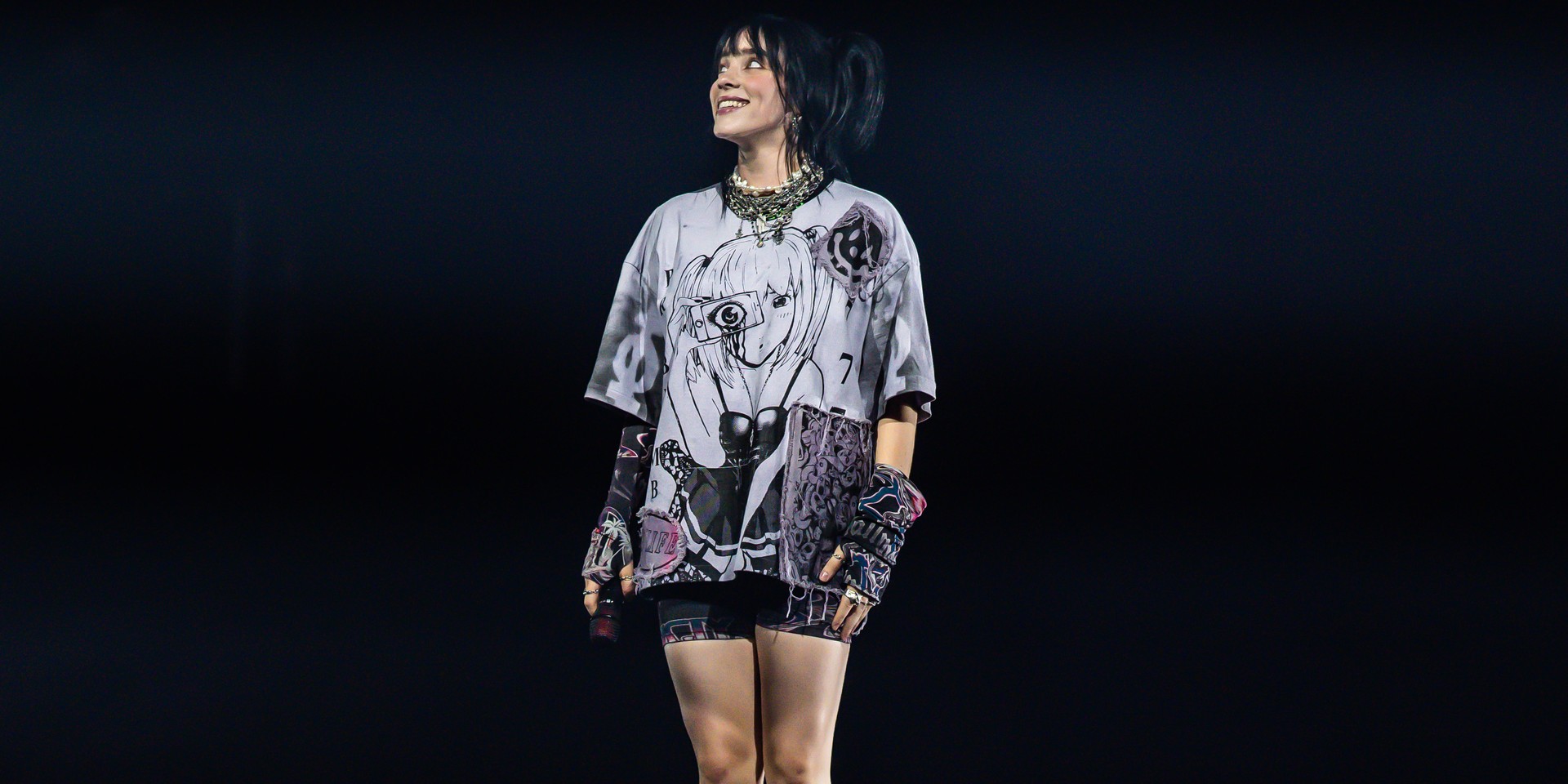 It may have been raining outside, but thousands of fans were happier than ever, lighting up the walls of Mall of Asia Arena on 13 August. Even the local music scene also came to the show to support. The likes of Myrene Academia of Sandwich, Chi Resurreccion of Typecast, and Paolo Valenciano of Salamin were spotted in the audience, thrilled for the night to come.

Billie Eilish's first visit to the Philippines was way overdue. Because of the pandemic, the 2020 Where Do We Go? World Tour was postponed then canceled and inevitably shifted with the times as the 'Therefore I Am' singer released her sophomore album Happier Than Ever. With a brand-new record to promote, a different show had to be made.

But why fix what isn't broken? Just as Billie did during her previous tour, she opened the show with 'bury a friend', a sure crowd-pleaser, appearing centerstage in her signature oversize shirt, bike shorts, kinesiology tape, and running shoes. The entire arena was drenched in red lights. Energy levels were high, and despite the crowd wearing their facemasks, you could tell everyone was smiling. She then performed 'I Didn't Change My Number' and dodged cars that sped past her onscreen with 'NDA', before stepping back to her older catalog with 'my strange addiction'. Apart from her bubbly and hyperactive self, Billie also displayed a more sensual side, as she gyrated onto the floor of the stage. The silhouette of a giant black arachnid made an appearance during 'you should see me in a crown', later to be replaced by an underwater setting with sharks for 'ilomilo'.

Billie had two rules for the crowd: 1) Don't be an asshole and 2) have fun. While she had these important rules implemented, the engaging 'Lost Cause' singer made sure to spread the love and make her audience feel loved. "Turn to the person next to you and tell them you love them," she told them, urging friends to hug each other and hold hands.

Of course, it wouldn't be a Billie Eilish show without her brother-producer FINNEAS and drummer Andrew Marshall backing her up onstage. Their presence was mesmerizing, perfectly synchronized with the visuals displayed on the massive video walls that built the stage.

As a special number for her Filipino fans, Billie performed the Guitar Songs track 'The 30th' live for the first time. She quipped it was a really difficult song to sing, but she pulled it off beautifully with FINNEAS by her side. The emotional moment was later followed with the heartbreaking single 'when the party's over', before Billie turned the Mall of Asia Arena into one spectacular party with 'bad guy'. Just like the torrential rains that poured outside, the power of 'Happier Than Ever' brought chills to everyone in the audience. It's simply just one of those songs you have to catch live at least once in your life.

We were happier than ever at #BillieEilishMNL last night! 💚 Check out our recap of the concert soon on Bandwagon ✨ pic.twitter.com/EIs8S2rP3z

Seeing the 20-year-old rule the stage felt like watching and cheering on a friend-turned-superstar, who can't and won't stop jumping. She's a natural, born to make people happy with her music. This generation is lucky to have someone like Billie to look up to and realize the countless possibilities life could take you on your own journey to greatness.

Billie Eilish continues the Asia leg of her Happier Than Ever tour in Seoul, Kuala Lumpur, Singapore, Bangkok, and Tokyo through the rest of August.

HAPPIER THAN EVER MANILA CONCERT SETLIST