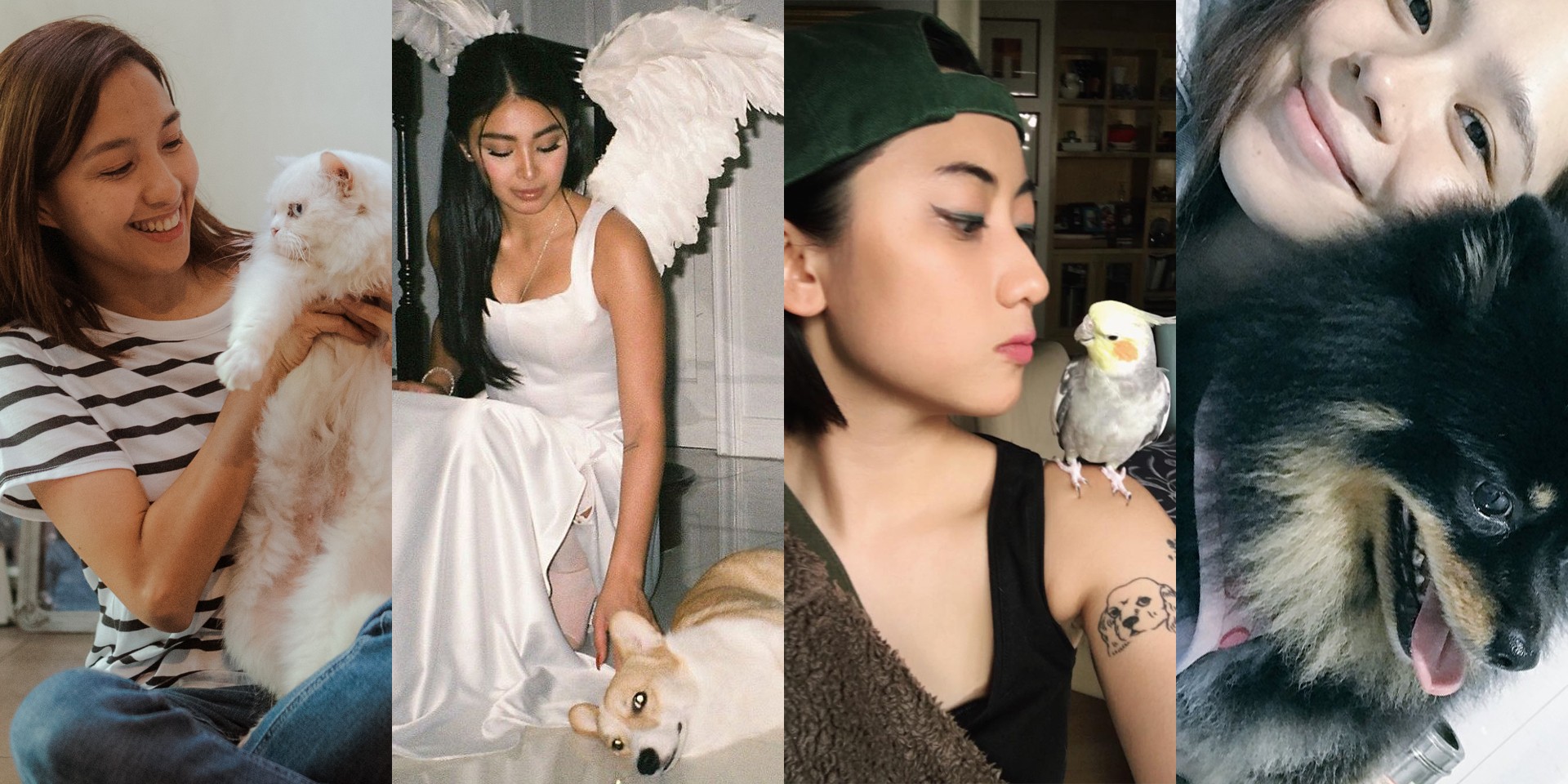 There's nothing like love from a pet. For all you know, the greatest love song in the world could've been written about one.

In this time of quarantine, you might be looking for more things to do with your time. Now that you've helped out some of your favorite local musicians get by through this lockdown by streaming their songs, buying their merch, and catching their online shows, you can also shower love over the furry and feathery ones who love them too.

Here are some of the musician pets you should watch out for on Instagram.

When not posting about his shows or his bike rides, Ely Buendia shares adorable photos of his many cats. Check out Rorschach, Nero, and Quincy.

I need to wash my hands

Rico Blanco has a furbaby living under his roof!

Nadine Lustre's corgi Cal is all about punctuality.

Tweedy takes after his human, Sandwich guitarist Diego Castillo, with his excellent taste in music and way with words.

"My name is Tweddy Baccala Catillo. I’m an 18-month old, British Shorthair Tabby. I’m a Leo. My would-be owners say it fits my personality.  I don’t believe in personalities…  So apparently I’m British! But sadly I’ve never been to Britain…  I’ve only been around this cramped apartment and to the office of that evil lady who weighs me, cuts my nails, and injects me with random things! All the while saying such disparaging remarks like “Wow! You’re so big!” and  “You need to go on a diet!” to which I say:  “Look who’s talking?”

My days are filled with music, much to my dismay…  But I’ve learned to live with it.    I like hearing Stereolab, Wilco, and old Jazz records, like [John Col]Trane and Miles [Davis]… Also, my favorite Beatles album is Revolver, bite me! Recently I like sleeping when Erik Satie is playing on the decks… But hey, I’m sure you all agree.  Actually, I like sleeping period. But my favorite part is when I get to jump on the turntables! Those things that spin and spin is really the thing I enjoy the most.

Sending you all hugs... Today was hard, hopefully tomorrow will be better. #cat #catsofinstagram #britishshorthair

Every morning I religiously wake up my owners at 6 AM on the dot! After a full night of prowling around, rolling around and lying around, one needs to eat! My slave owners are never too happy, especially on a Sunday morning.

On weekends, we watch movies and have popcorn. I, on the other hand, watch them, watching movies…  They give me at times what they call “treats”. I know this because the pitch of their voices gets really high and annoying when they say word “treats!” But I do have to say; them “treats” are good… They also like pointing their phones at me while I am rolling around.  This seems to give them so much delight. I just tell myself “Cute and Cuddly".

Sometimes my owners will have strangers over. They love to eat, drink, laugh, and be merry… Also, they listen yet again to more music. Sometimes they themselves play music.  The Beatles they are not… I watch them from my dark corner.

There are special instances when one of the strangers will reach out their hand with a treat.  This makes me glad… I allow them to pet me, but only when treats are involved.

Ok, I’m done with this… Should you have any questions you can follow me on IG at tweedy_catillo."

In an interview with Bandwagon, BP Valenzuela talks about the harmonious relationship between her pets: "Ruby feels like a guard dog in her moodiness and indifference but she's very loving and cares for Sappho, who is young and rambunctious and always wide-eyed with wonder. Belle/Birb is a showoff."

"Vader and Obi are gig regulars, if either of us are playing they’re 90% sure hanging out somewhere in the venue. [The] first time I brought Vader to a gig, I tied his leash to a pole on stage at Rizal Park so I could see him. I realized midway through the set the audience was laughing, turns out he pooed during a song," Kai Honasan shares about Vader's first show. "Obi, on the other hand, howls when you point a mic to him. He thinks he’s got the range," she adds.

Nabu has been there for the She's Only Sixteen vocalist through thick and thin.

"Our dad named him after the DJ. He’s turning 12 this June, but he still acts/looks like a puppy, except he’s just more sleepy and cuddly now. He actually knows how to interact with humans more than other dogs because he mostly grew up as the only pet, so he’s a really affectionate one. I guess that’s why my friends say he has a human face sometimes!"

Make sure u go out and get some LIGHT

Boogerbutt is an Instagram cat to follow with meme-worthy photos and captions by his human, Irrevocable vocalist, Lenian Gaspar.

Boz and Ludwig are the furbabies of UDD drummer Ean Mayor. Spot them at their next gig. Boz kind of plays the drums.

Shanne is a cat lady and this here is her furbaby, Tyler. Here's what she has to say about him:

"Tyler is a 1-year-old Russian Blue that loves to run around the house, eat a lot and sleep in the most random places (mostly on top of my laptop when I’m trying to just Netflix in peace). Also, he has a girlfriend! Moi! Moi’s a rescue cat—she’s a 4-month-old tabby and...she’s pregnant! We’re all so excited for more kitties!"

"Our guinea pigs Brian and Carl happily chomp on hay 24/7, and our kitten Dennis is a curious brother towards them," Oh, Flamingo vocalist and guitarist Howard Luistro shares. "Initially, my girlfriend and I were worried that they would fight because they're technically like Tom and Jerry, but they actually just like to hang out. They're named after the Wilson brothers of The Beach Boys."

A true animal lover, Jugs has all kinds of pets in his home. Say hello to his tortoise, Bert.

Merry Christmas from The Bacarros!🎄

The brothers from Ben&Ben have three dogs, all named after yummy Japanese faves. Check them out on Instagram.

Say hi to our dogs!