It's been a long time coming, but UDD's self-titled album is finally, finally, FINALLY here!

The Terno Recordings act surprised the world with the release of their highly anticipated eponymous studio record on Sunday (07/21), seven years after their 2012 full-length offering Capacities. The album pays tribute to their friends Kevin Bautista, Tiff Cortez, and Sherwin de Guzman.

It might've taken a lot longer to drop than expected, but between then and now, the 'Sigurado' act have been all over the world, swinging by shows nationwide and in Singapore, Japan, USA, and Canada. They've also taken on the task of collaborating with the Singapore Tourism Board with the track 'All The Good Things,' which also appears on the new album, shared their music with local films, and were even parodied by comedian Michael V (twice!) on GMA 7's Bubble Gang.

Working on their 2019 offering was a collaborative effort with Aaron Gonzales of Pointbee Multimedia and studio engineer Emil Dela Rosa. Drummer Ean Mayor and guitarist Carlos Tanada mostly recorded their parts on their own, as the group held recording sessions at Mayor's home studio.

"I'd stay there for three days straight and work on the songs with them," Dela Rosa tells Bandwagon. "After sessions me and Ean would hang out and listen to '70s-'80s LPs and watch band documentaries or dvd concerts to get inspired."

Ahead of their Singapore comeback this August and their upcoming return to the US with IV Of Spades, Bandwagon caught up with Dela Rosa, a.k.a "yung secret weapon kaya natapos yung album" according to drummer Ean Mayor, to talk about the technical side of recording, mixing, and mastering UDD's fourth full-length offering.

First track on the record. Arwin Nava of Radioactive Sago Project recorded the congas at Pointbee with Aaron. We auditioned a couple of sax players and Nicole Tejedor made the cut. Mixing approach was pretty simple, the only challenge was making sure that the sax didn't overpower the vocals. 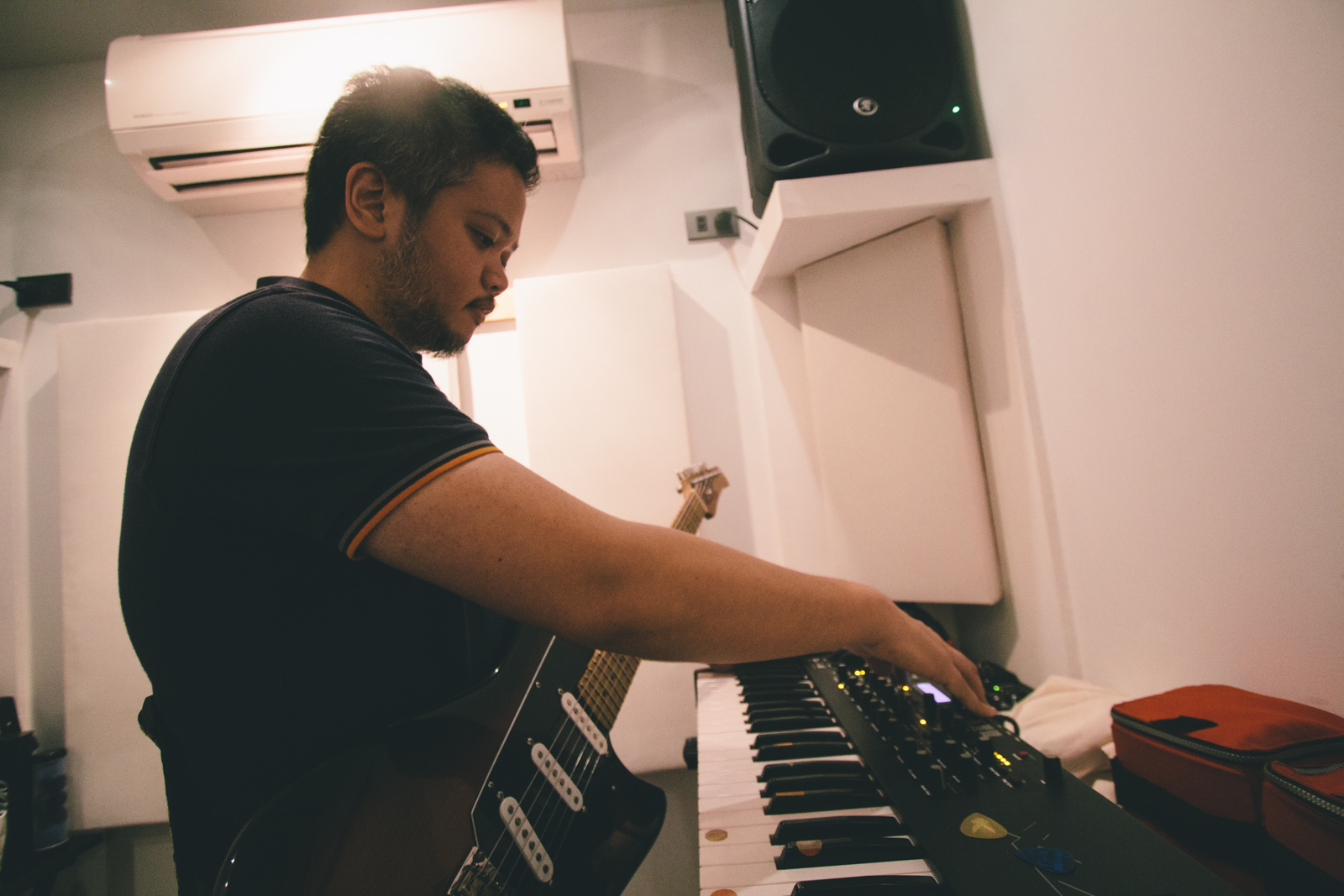 'Sigurado' was released two years ago. We didn't really change anything, because it already sounded perfect as it is. We just added a bit of volume during the mastering stage. I also used this song as a reference before I mixed the other tracks. 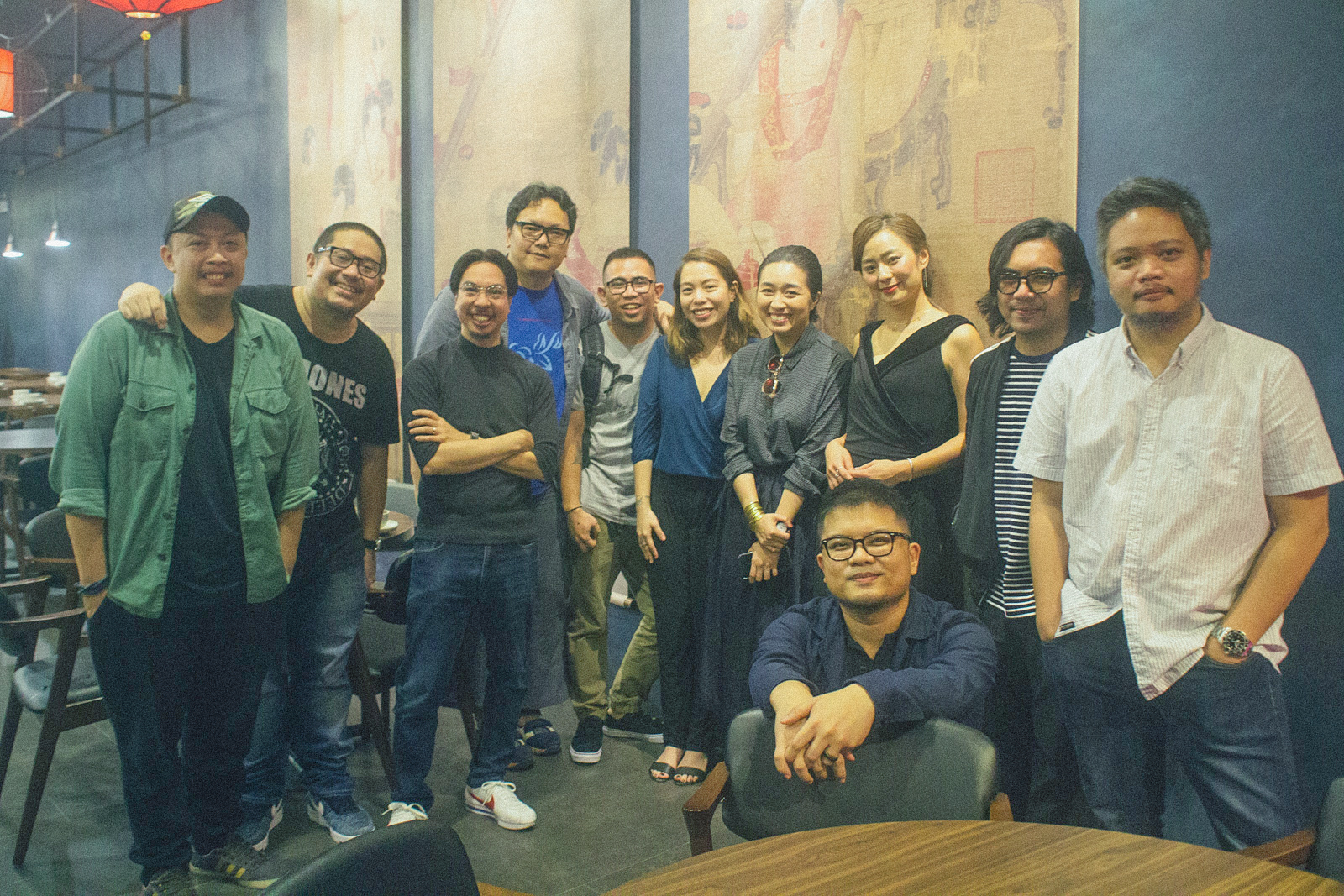 Favorite track on the record! Ean asked me if I could make this song sound like a jam in a small rehearsal space and "magtunog pawis". Which also led to us adding a count in at the intro.

I believe it was Carlos's idea to rearrange this song, because I remember watching an old video and it had a slower tempo. Added a lot of saturation and parallel processing to make the drums stick out. Synth Tom in the intro was inspired by 'Ring My Bell' by Anita Ward and other '70s disco tracks.

Also made sure that Paul's groovy basslines were highlighted, they asked for a "mautot" bass tone. Sometimes you gotta use the vaguest adjectives to achieve a very specific sound. 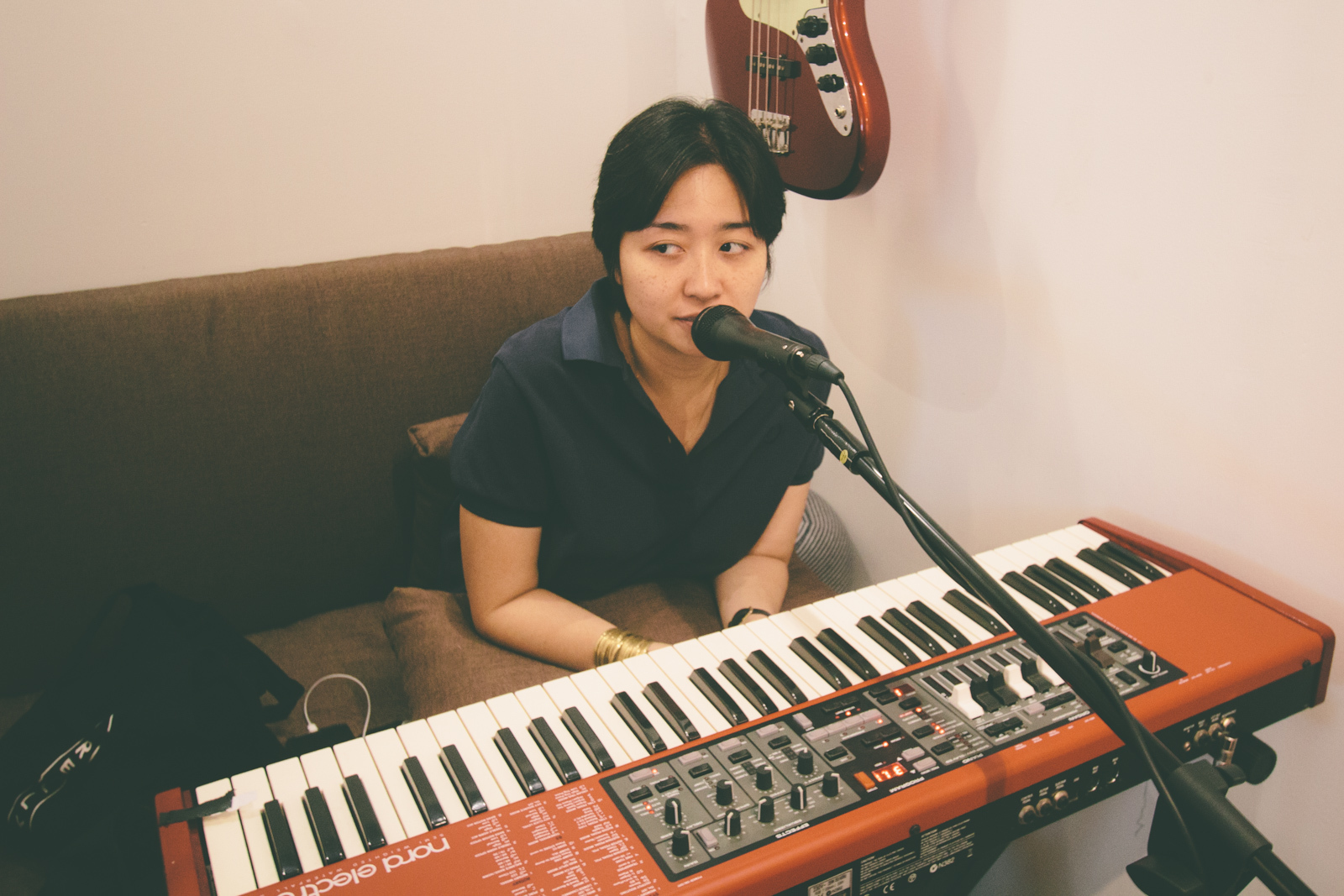 We wanted this song to sound like it was released in the late '80s. Really huge sounding stadium rock vibe. Non-linear reverbs and analog synthesizers. All the good stuff! 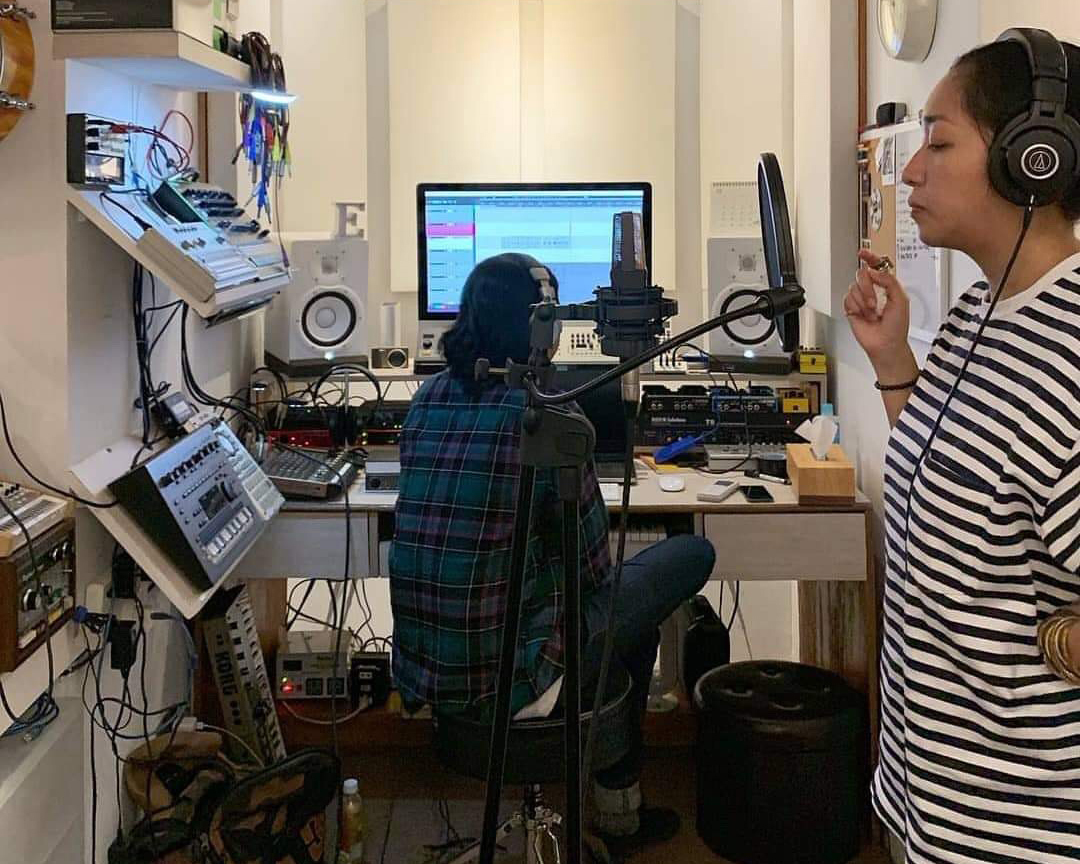 There's a lot going on inside the track, so I had to really carve each instrument and make everything fit together. We also referenced a lot of Phil Collins's records.

We had a vocal tracking session and we were scheduled to finish three songs. That session started around 6 p.m. and lasted until 4 a.m. 'Stolen' was one of those three songs.

I really enjoy tracking vocals with Armi, because I never feel her frustration when it takes her a few tries to nail a line. She just goes at it again and we take as long as we need until we get a take we're really happy with. Ean usually falls asleep during vocal sessions (laughs). 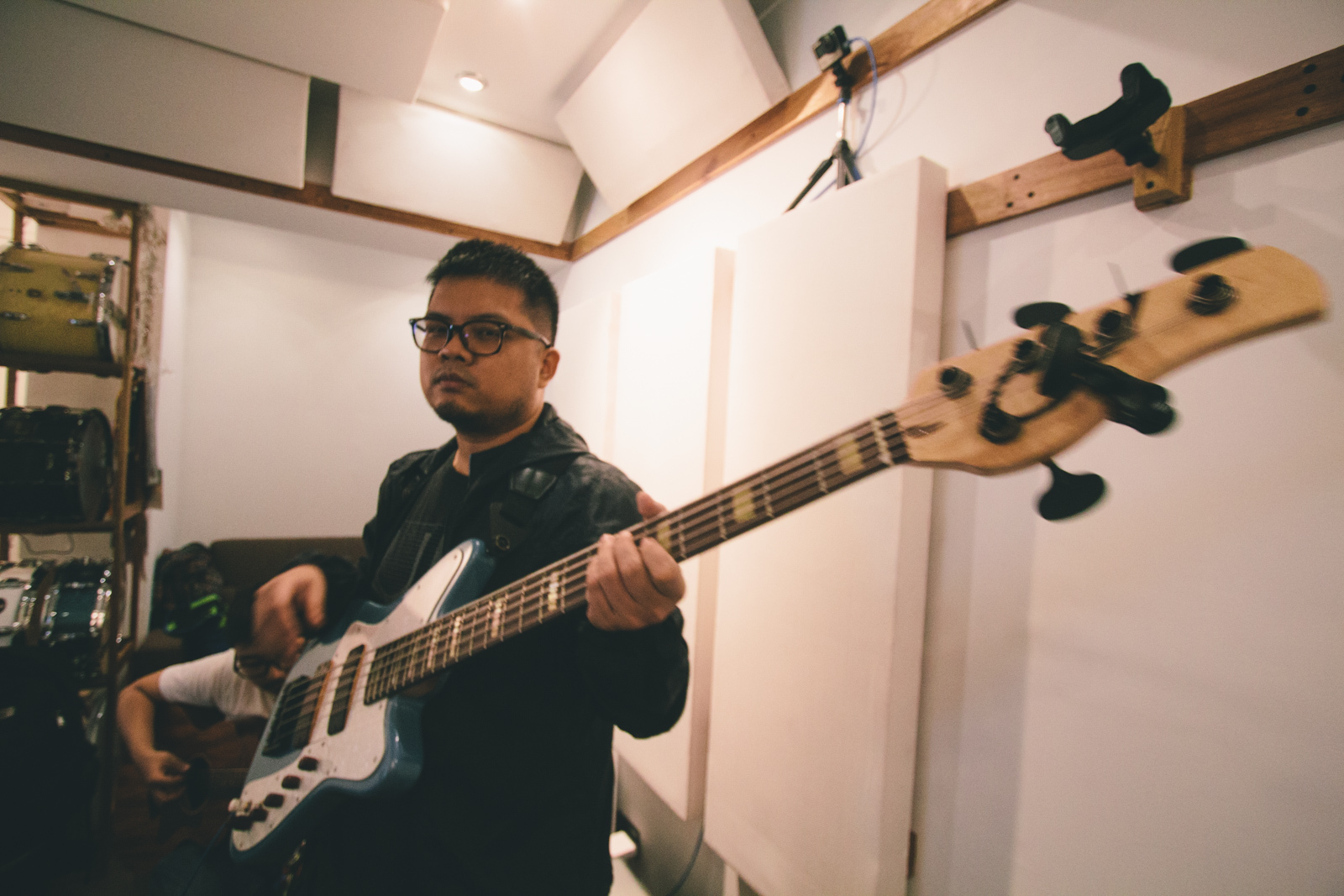 Messed around with a lot of effects for this track. Lots of sidechaining action with the bass synthesizers, reversed guitars, and also unusual modulation processors on the vocal adlibs. I even added a tremolo effect on the vocals, didn't reference that from a song or something just thought that it would sound interesting. 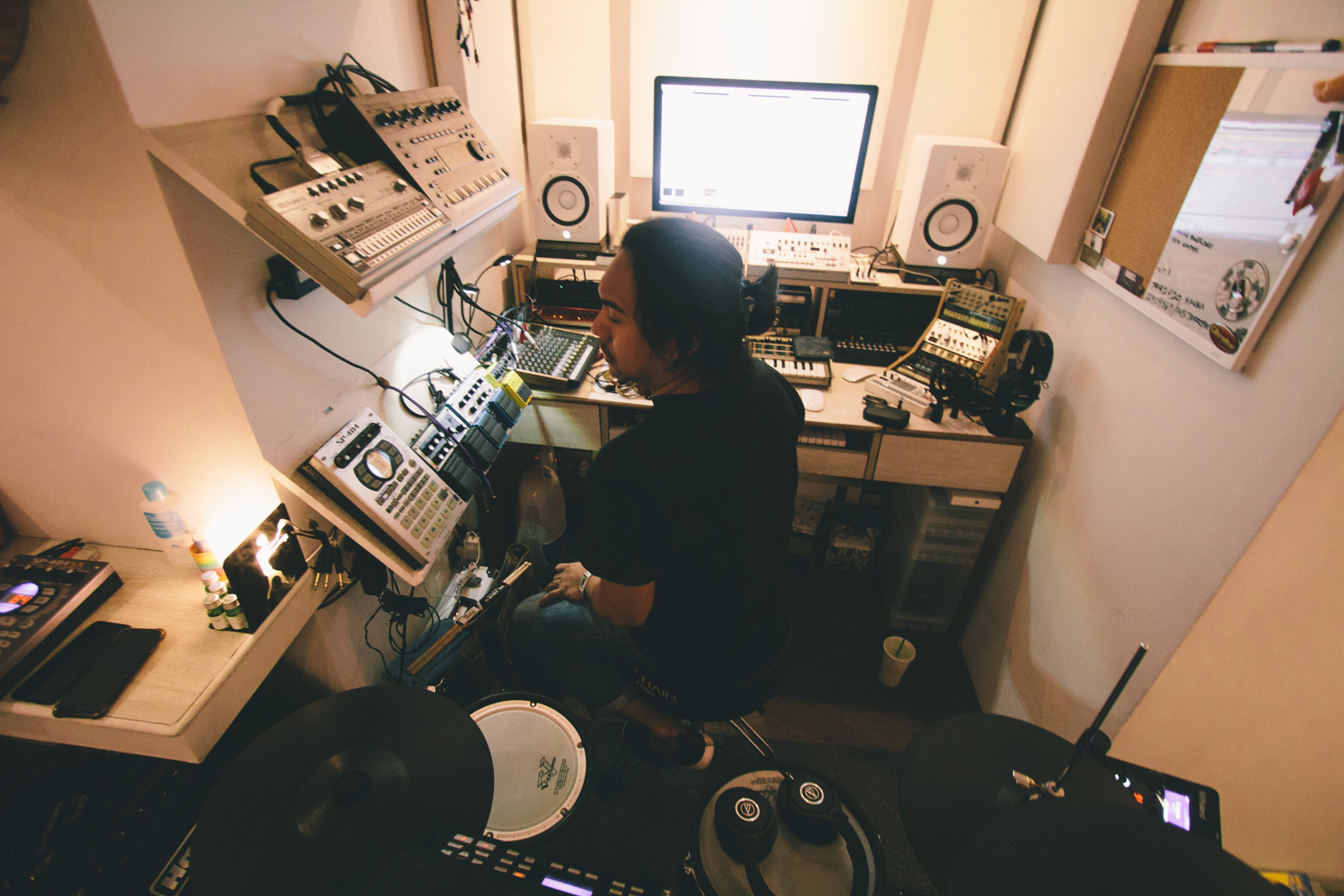 Moving on (All the Good Things)

One of the easiest songs to mix. Very minimal instrumentation and arrangement. Straight up good vibe song.

This was also released a few years ago, but we ended up remixing it. One of my favorites on the record for sure. I've listened to this song countless times but it's still a jam. 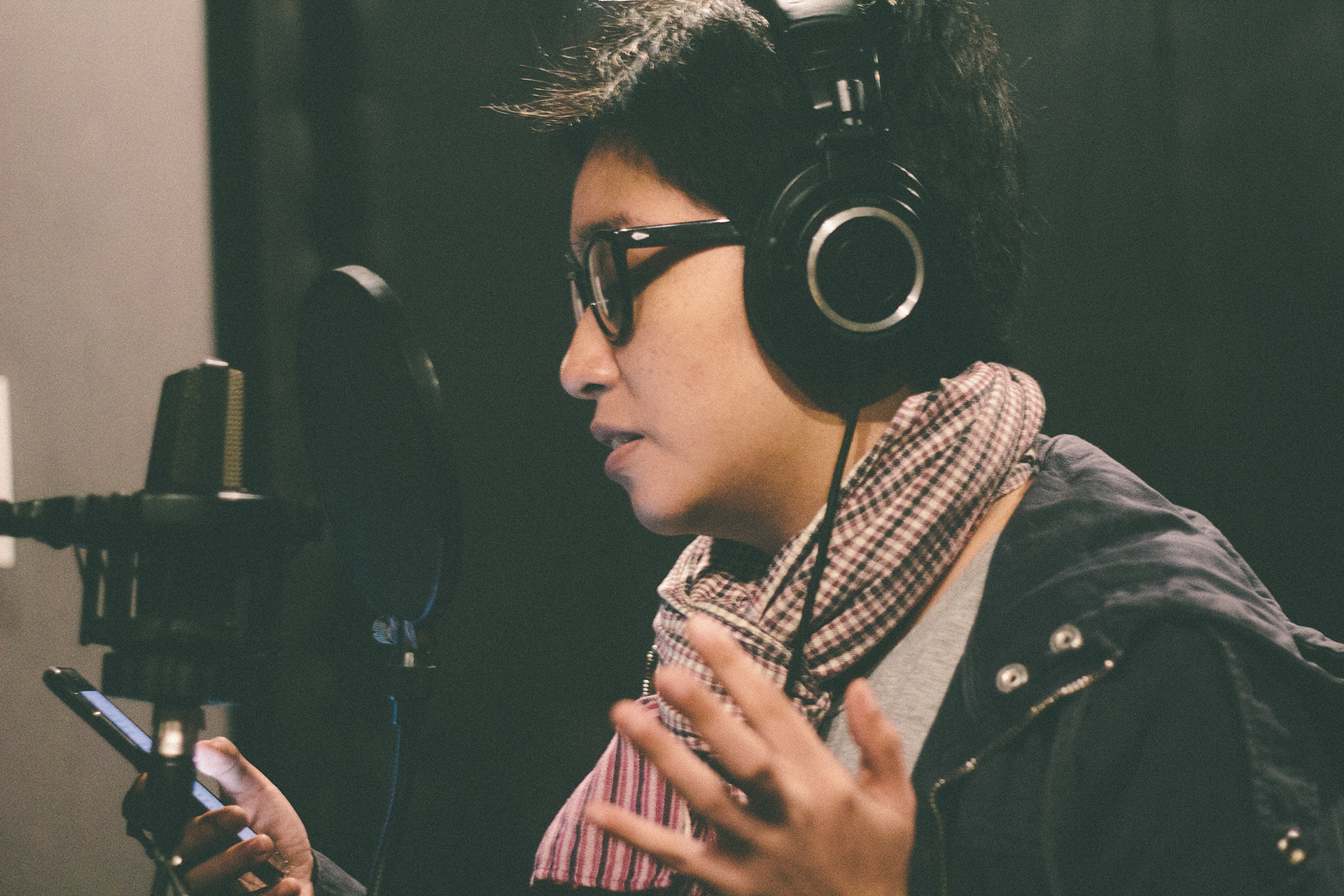 My first project with them. Ean hit me up on Instagram and asked if I could record and mix a song for them. We used an AKG C414 that I borrowed from Billy Reyes for the vocals and Armi loved it so much that we ended up re-tracking most of the vocals for the album.

Luis Azcona of Maude also documented the whole process, it's on his YouTube channel along with UDD's American Tour documentary.

Strings and horns section were arranged by Malek Lopez.

We recorded it at Cornerstone's studio with the help of Junji Lerma. We didn't have a lot of mics at our disposal during recording so we relied heavily on close mics. The problem is they tend to be super bright and upfront so I had to use some lo-fi plugins to pull it back a bit in the mix. I referenced a lot of Carpenters and George Martin while we were mixing.

I've been a long time UDD fan and it's still unreal to be involved in the creation of this amazing record. Hope everyone enjoys it as much as I do! 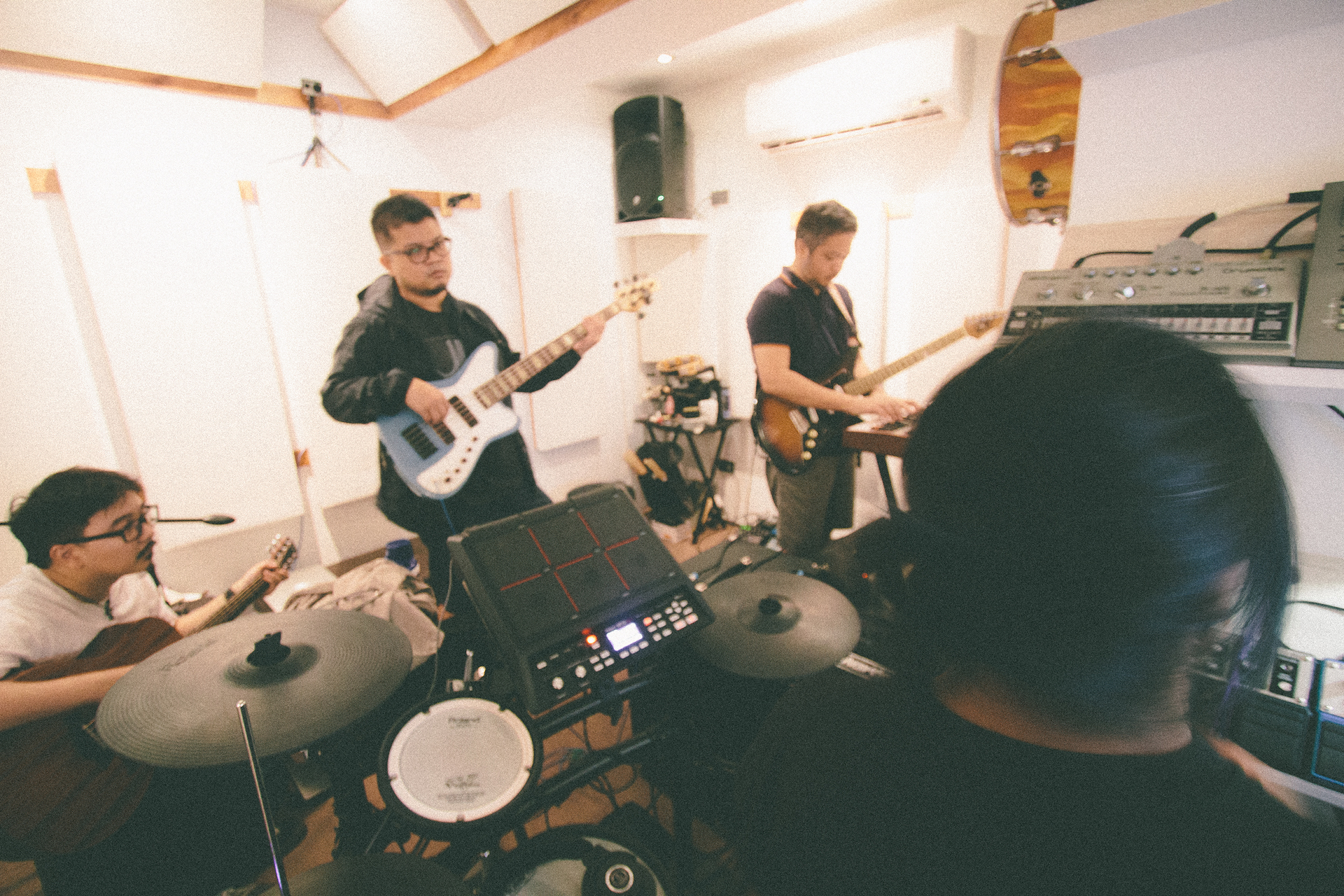