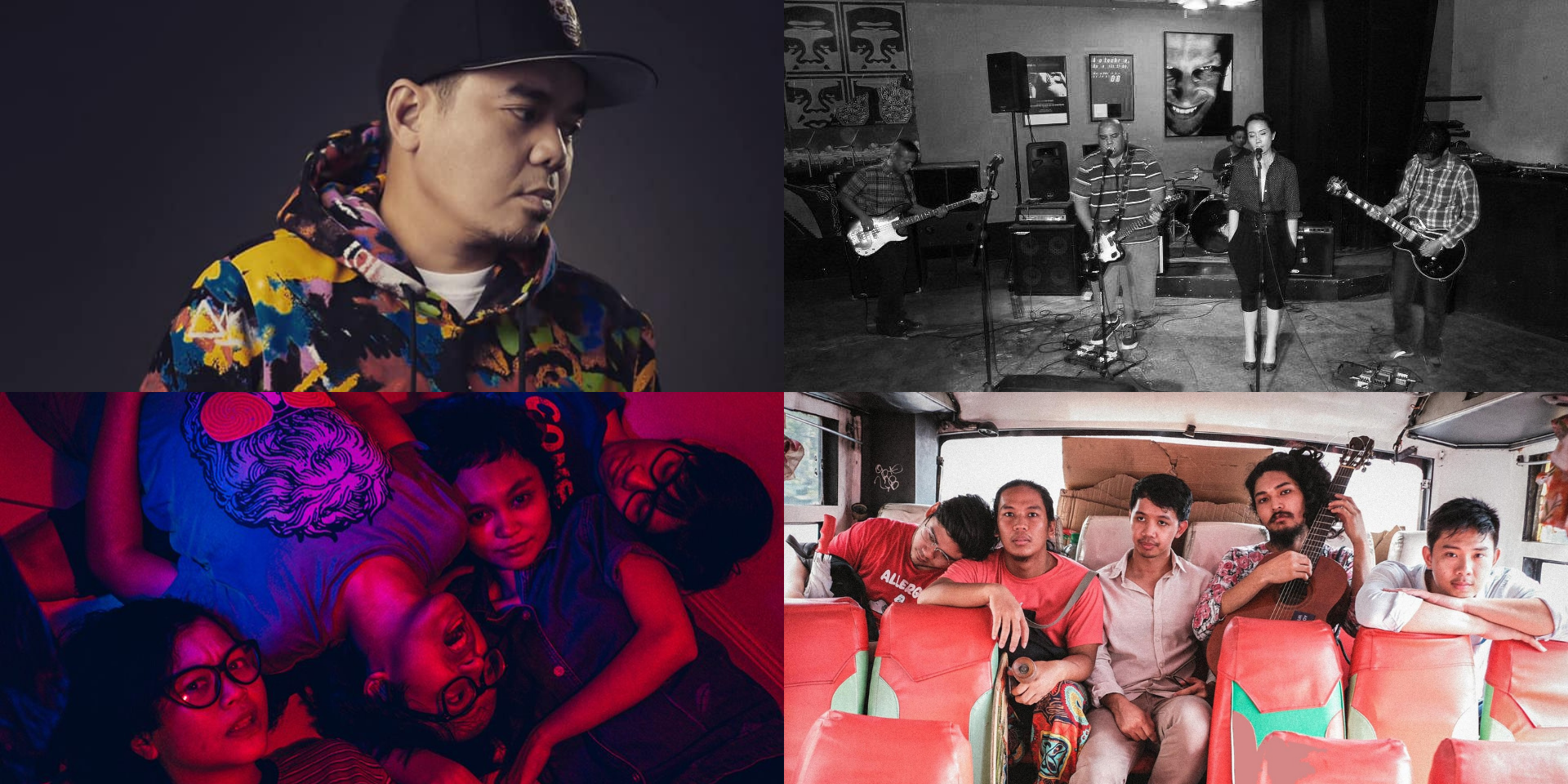 It's another music-filled week that kicked off with Valentine's weekend releases from the likes of 'Love Story (Taylor's Version)' to Ben&Ben's 'Inevitable.'

It was also a historic week for the global music industry, with the Universal Music Group and Big Hit Entertainment collaborative partnership, the first human with a Lego mini-figure to have a record deal, and the upcoming GOT7 'ENCORE.'

Wrap up this week with the latest releases below.

Gloc-9 returns with his first independently produced album since leaving a major record label. POOT AT PAG-IBIG is a family affair, with the rapper working with his children - his daughter elle shaun on vocals for 'Sana,' while his son Daniel created the album cover.

Conscious & The Goodness are back and have enlisted LUSTBASS and Pauline Lauron to deliver some smooth jams into your earholes with their latest single 'Buhay Ay Langit.'

Indie pop band Soft Pillow Kisses just dropped Waiting For You Words, the group's compilation of early recordings via Shoegaze Pilipinas. The release also comes with a DIY printing kit for those who want to keep a physical copy of the album.

Createurs reveals 'Constellation', the second single off of their forthcoming concert album To Tell The Tale. The track also features Jezka Carmon on additional vocals and Kim Paulino on piano. It was produced by Alek Mangoroban at Absence Recordings.

Pinkmen are set to take you on a 'Historical' journey through these interesting times with their playfully groovy new single.

The Buildings - 'Heaven Is A Long Exhale'

The Buildings return with their first release in five years, 'Heaven Is A Long Exhale.' The new single is also the first look into their upcoming album set to be released this June. Recorded, produced, mixed, and mastered at The Buildings' drummer Kean Reformado's studio, Malabong Lababo, the forthcoming record was mostly written under lockdown. In a press release, the band shares: "The tracks are less oriented towards capturing or replicating the energy of live performances; rather, they exhibit the band’s renewed focus on the intricacies of songwriting as well as an expanding cognizance of the studio as an instrument in itself.

Singer-songwriter and actress Glaiza De Castro unveils the music video for her newly released single, 'Bank Holiday.' Directed by Ireland-based wedding photographer Paul Doherty, the video features the newly-engaged Rakenrol actress and her fiance amidst the breathtaking scenery of County Donegal. In an Instagram post, De Castro shares behind-the-scenes clips: "Shooting a music video in a 3 degree temperature with gusting winds and acting like it’s warm and sunny while wearing a summer dress is no joke but it sure was fun!"

Pop singer and actress Rachel Alejandro shares her birthday gift to herself, 'Takipsilim.' Her latest track was produced by her cousin and singer-songwriter Nino Alejandro.

Vocal powerhouse Morissette, who's been dubbed as Asia's Phoenix, sings her heart out in the anthemic 'Phoenix.'

Carousel Casualties are back with their new album, Static Electric Dreams of Longevity. The 10-track record features previously released tracks such as 'Waves,' 'Mabuhay Ka,' and 'What's On Your Mind?' "We waited a long time for this day to arrive, and our hearts are filled with so much gratitude for the people who made this absolute dream into a reality," the band writes on Instagram. "We're exhilarated, elated, and pumped! May all of you enjoy your listening and visual experience!"

Producer Pamcy teams up with Japanese mixed-media artist Jun Kamoda for a new EP called Sauce Aisle. The new release comes with a free 9-page zine created by the duo on Asian food and dance music scene in the region. Sauce Aisle will be available on 5 March.

Timothy Run - 'Take It Or Leave It'

timothy run hopes his new bop 'Take It or Leave It' gets listeners to "boogie woogie."