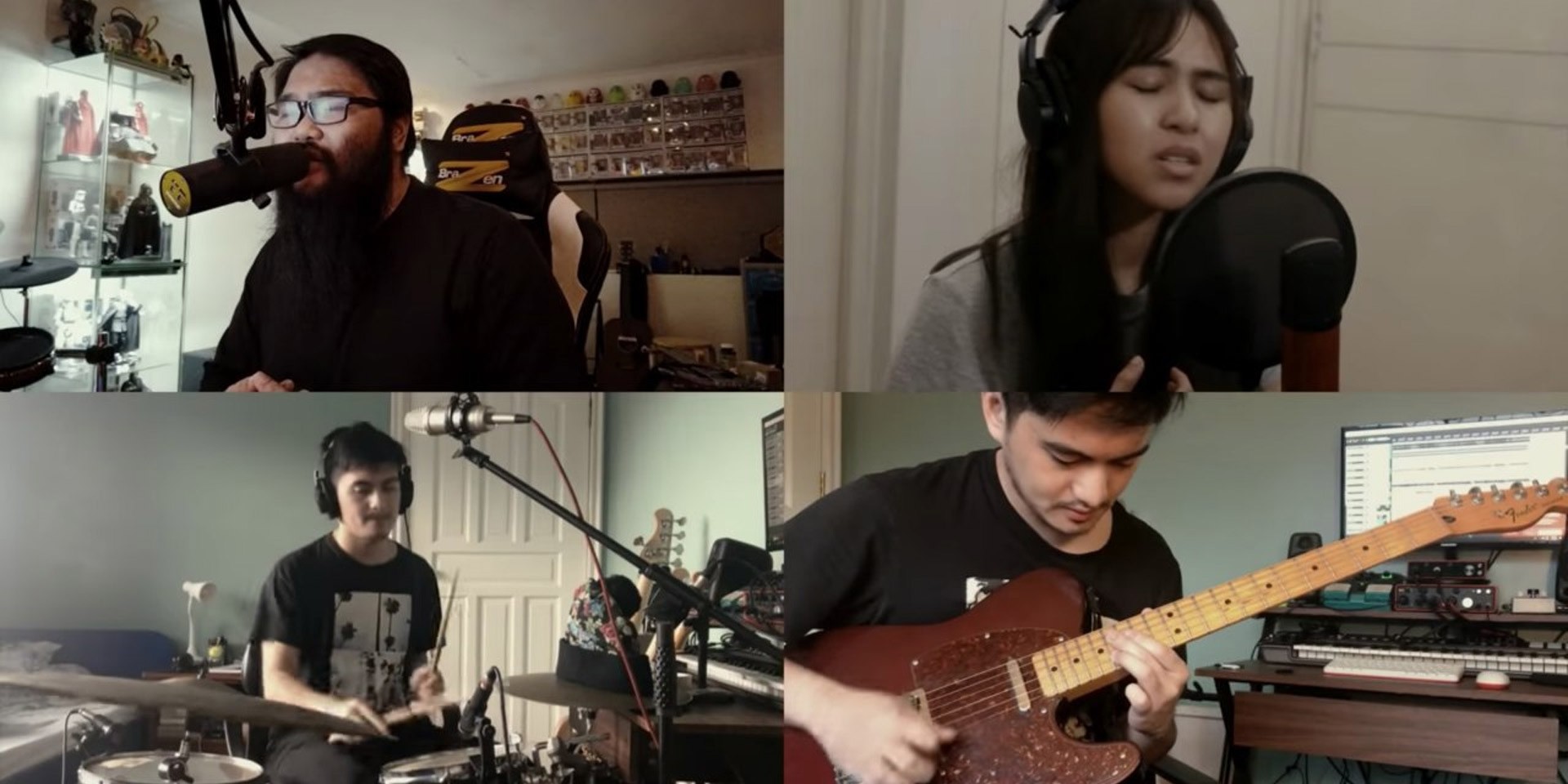 I Belong to the Zoo is still set on breaking hearts this quarantine season.

"Arg and I have been talking about doing a collab/cover ever since the quarantine started or maybe even before," Santiago tells Bandwagon in a message. "We had a hard time choosing a song but Arg suggested doing ‘Uncomfortably Numb’ by American Football which was perfect because we all love American Football and Clara can sing Hayley’s parts and Arg can sing Mike’s parts."

The guitarist adds, "I recorded and shot the instruments and then I sent it to them so they can track the vocals. Arg mixed and mastered the song and I edited the video. It’s super fun working with Arg and Clara. We’re really close outside music and it translates into the workflow. We hope we can make more soon."

Ahead of his latest cover, I Belong to the Zoo collaborated with Santiago for a cover of John Mayer's 'In Your Atmosphere.'

American Football previously made their Manila debut in August last year, where they performed alongside Dee Cruz of Run Dorothy and Pamphleteer. Filipino post-hardcore heroes Typecast opened the show.

Check out the cover below.