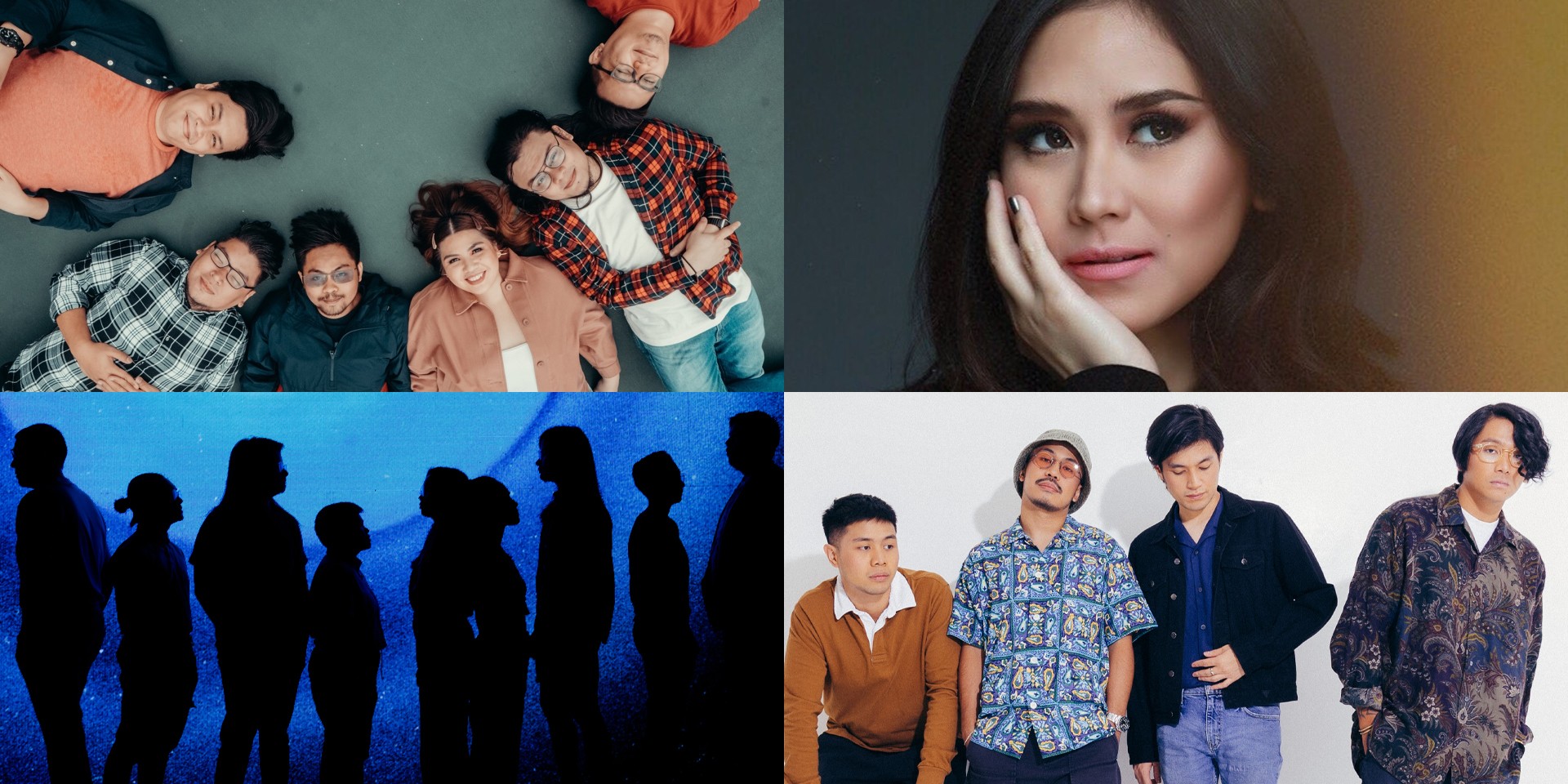 It's finally the weekend, but it looks like this week isn't ready to take a break.

Following the super typhoon that devastated the Philippines earlier this week, the world is now holding its breath for the results of the 2020 U.S. Presidential Elections. If you haven't developed hypertension this year, this week would probably do it.

To take a quick breather from everything that's been going on, check out these new releases from some of your favorite Filipino acts below.

She's Only Sixteen are out with 'Good Company'. Composed by guitarist Andrew Panopio and featuring backing vocals by August Wahh, the new single is off their upcoming EP, Broken Glass. "We've all been focused on how to create different sounds and I guess right now we have this musical ADHD we're dealing with at the moment," vocalist Roberto Seña shared in an interview with Bandwagon.

Broken Glass EP is slated for release on November 27 (Friday).

Sarah Geronimo takes a page off the Rico Blanco Songbook for her electro-pop rendition of 'Your Universe.'

Autotelic are back with their new single 'Bago.' In a series of tweets, frontman Josh Villena revealed that the track was written back in 2018, initially intended to be a solo offering. "I was hurting and confused. I was angry. Alam ito ng mga kaibigan ko at tinago ko na lang muna ang kanta," he writes.

Ben&Ben want to remind their LIWANAG family to love themselves with their new single 'Di Ka Sayang' as they usher in a new era.

crwn reaches deep, after a dry spell of being unable to create new music, to remind people of a time when we would go dancing and go out with his nostalgia-inducing back-to-back singles 'Moment to Moment/From Time to Time.'

"I honestly made the tracks out of the necessity of creating something again," he tells Bandwagon. "Inspiration was really hard to come by during the first few months of lockdown in Manila and when it did hit, I obsessively tired to make music again."

BEDSPACER crawls out of their closet with the release of 'ONTHEREGULAR.'

Julie Anne Jose faces her fears and chooses to 'Try Love Again' with her latest single.

Filipina singer Sitti is back with her new single 'Tahan.' Written during the coronavirus pandemic, 'Tahan' takes inspiration from a verse in The Bible's Book of Psalms.

'Tahan' was written and produced by Sitti and arranged by Ria Osorio.

Philpop artist Angelic Mateo teams up with Keiko Necesario to face her battles with the release of 'Paos.'

Mix Fenix wants to speak your 'Language' with her debut single via Ivory Music. The track tackles the lengths people go for unrequited love and the struggles they face as one tries to reach out for the other.

"A line from my song that I really like is a message that I want to share with the women out there who deserve better: I like a man who’s a lover and thinks like a friend," Mix reveals to Bandwagon. "Being in a relationship makes you feel good, but actually having a genuine connection and friendship in that relationship makes it a thousand times more worth it. You need someone who will help you grow and love yourself."

Earl Generao and Pappel are set to bring chills down your spine with the release of their collaborative single 'Magkano Kaluluwa?' via O/C Records.

Six The Northstar teams up with Washington-based rapper Deja Vu to produce his sophomore album LoverBoy. The new album is Six The Northstar's first international project, which was recorded and produced during the lockdown.

Ang Bagong Luto Ni Enriquez takes a look at the effects of cancel culture and social media with their new satirical single 'Trending.'