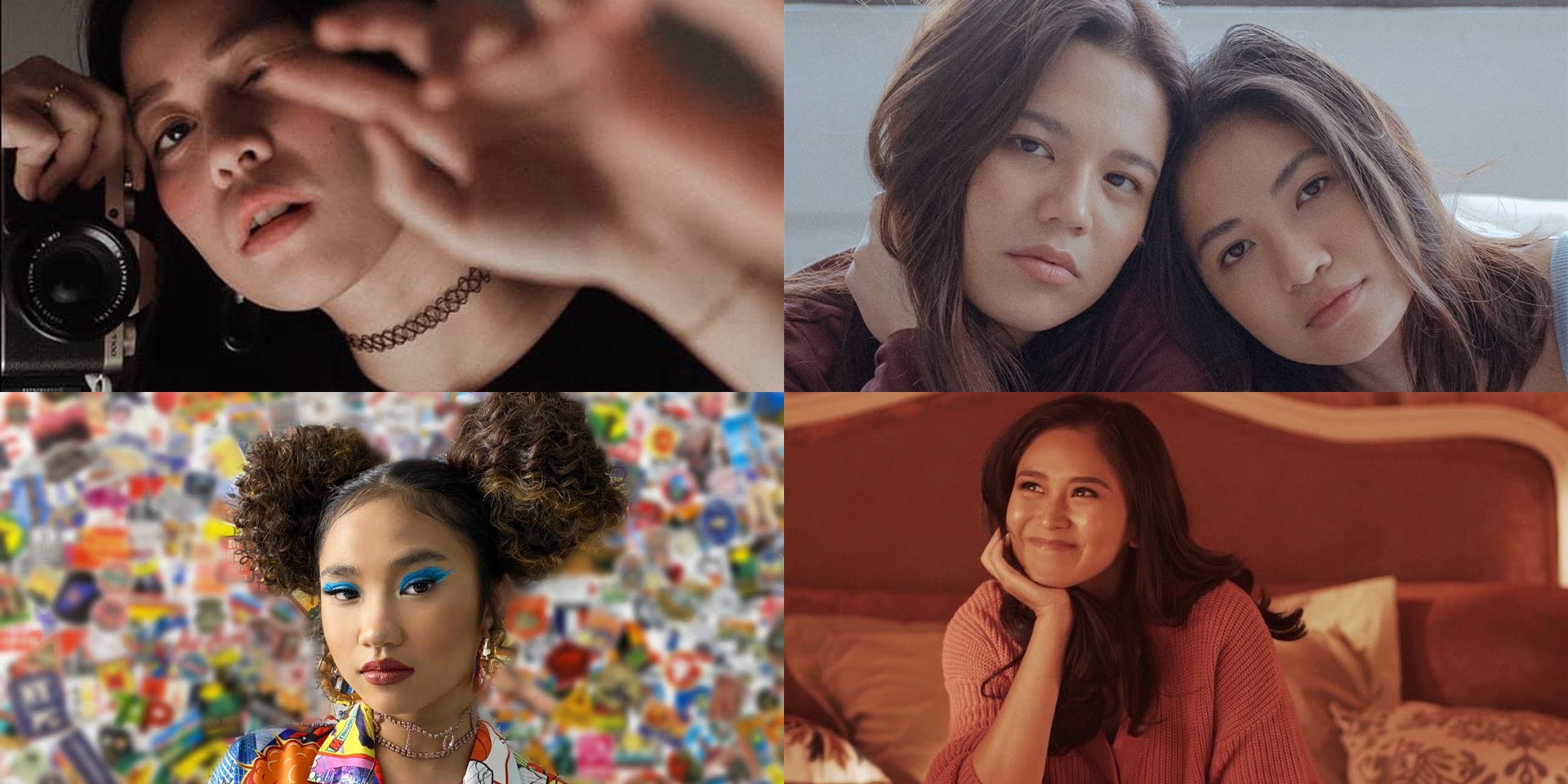 Local and international artists are capping off October the right way with new music.

All on the same day (10/30), Ariana Grande, PREP, Sunset Rollercoaster, and Bring Me the Horizon, dropped their new and highly anticipated full-length albums to give listeners a whole spectrum of genres to cover this weekend. Charlie Lim and Miho Fukuhara, Dua Lipa, TOMORROW X TOGETHER, TWICE, CL, and K/DA also released fresh tunes earlier this week. If you haven't added these tracks to your playlists, you better fix that now.

Check out this week's new releases from some of your favorite local artists below.

Reese Lansangan takes listeners on a magical trip with the release of her new EP, Playing Pretend in the Interim. The 5-track offering trended at #1 on Twitter Philippines following the Reese Kids' virtual listening party.

Jess Connelly wants to break your heart with her latest single 'Chatter.' The new track, produced by Larce Blake and DreEazy, brings chills down your spine with Connelly's soulful voice as it gives a bit of angst and bite through its lyrics.

Leanne & Naara give fans another look into their upcoming debut album Daybreak, which is due on November 27, with the release of 'Who's Gonna Love You.' Its official music video drops at 6 p.m. tonight (10/30).

Rizza Cabrera has given her song 'Triple Threat' a home online after remembering she "had a recording to release."

Sam Concepcion has released his new collaboration with Moophs, 'Thrill Of It.'

Bawal Clan team up with Yung Bawal to close off October with their collaborative offering 'Bangungot.'

Meagan Trees - Take Me Away'

Dumaguete-based singer-songwriter Meagan Trees embraces her vulnerability with her new single 'Take Me Away.'

Mikee Misalucha turns to the magic of Filipino folklore for her latest electronica/folk-pop offering 'Uyayi' in time for Halloween.

Noah Alejandre and Reanne Borela tells the story of quarreling lovers in a long distance relationship with their PhilPop offering 'Suyo.'

“This song breaks the norms of OPM songs having only one language and giving emphasis on couples who are from different parts of the country,” Alejandre explains the inspiration behind 'Suyo' in a statement. “Both of us never really experienced being in a relationship, yet we made the song as if we were in one and took inspiration from our
imaginations."

“Way back then, when I wrote this song, I was just embracing the moment of being frustrated by writing the things that I couldn't say,” Catarina says in a statment.

“The lyrics are from the perspective of a lovelorn person slowly acknowledging and accepting the fact that although her love interest seems to return even a fourth of the feeling, a romance between them just won't do,” Teodorico reveals in a statement.

Alex Bruce wishes she can embrace her crush with the release of her new single 'Yakap.' "Well, if you guys didn’t know, I’m 13 turning 14 this Christmas, and like a normal teenager, I started to experience weird things like puppy love. So for me to express my feelings, I wrote a song about this person," she says in a statement.

Manila-based media collective RausHaus have unveiled their 3-track compilation of stories written and recorded during the ongoing pandemic.