It isn't often that you come across a duo that makes "no-genre" music, but down south Ysa and Ygo Ferraz are doing just that. Together known as Ysanygo, this sibling tandem is off to a good start.After making their Spotify debut in 2017 with 'Friday Afternoon Drive,' the duo has gone off to open shows for the likes of Jess Connelly and Bruno Major and competed at the recent Wander Battle semi-finals.

At Ena Mori's 'Break' music video launch, Bandwagon caught up with the no-genre sibling duo to talk about their matching clothes, taking their parents to shows, and their undying love for UDD.

What gave you guys the idea to mash up your names to make Ysanygo?

Ygo: Maybe because it's easier to say.

Ysa: Yeah, 'cause we started as Ysa and Ygo.

Is this stripe thing [you're wearing] a thing?

Ygo: Matching clothing is sort of our thing. We look more cohesive when we perform live.

Ysa: Even if it's not the same clothes [exactly]. Same color or same style. But our usual color is black. It's the easiest to style. 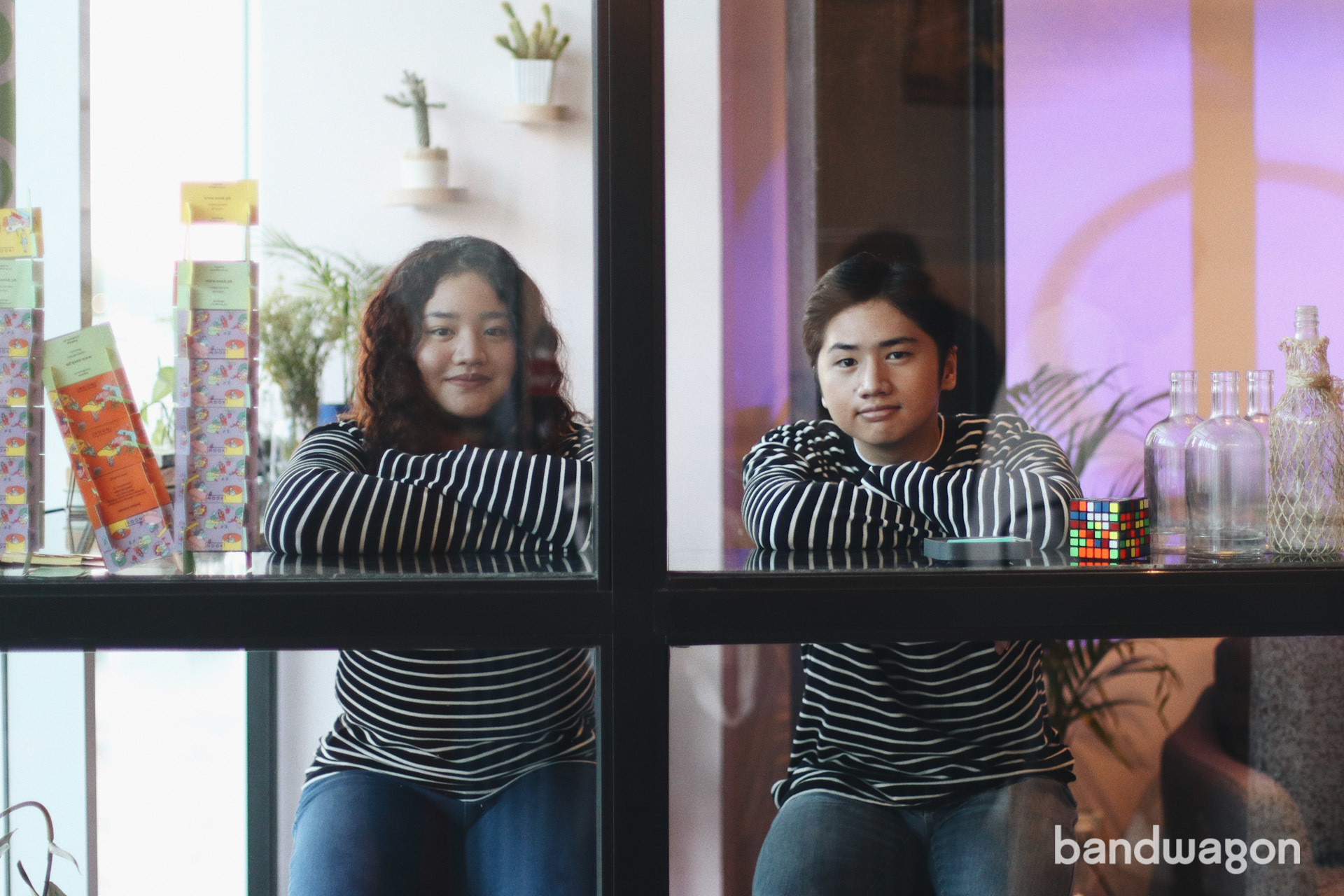 Tell us about your songwriting process.

Ygo: She's the primary songwriter and I produce the music, but lately she and I collaborate with the lyrics.

Who are your influences?

Ysa: Mine are Lauryn Hill, H.E.R., and Armi Millare from UDD.

Ygo: My influences are Tom Misch, J Dilla—mostly those guys.

In what ways do you incorporate the sounds of your influences into your own music?

Ysa: Vocally, I take from them the soul or the feeling from them when they perform. I try to attract that same kind of feeling into our performances.

Ygo: Like Tom Misch plays the guitar with feelings, so I kind of picked that up and applied it to our music as well.

Ysa: We also enjoy making music that makes your face melt. It's the best kind. 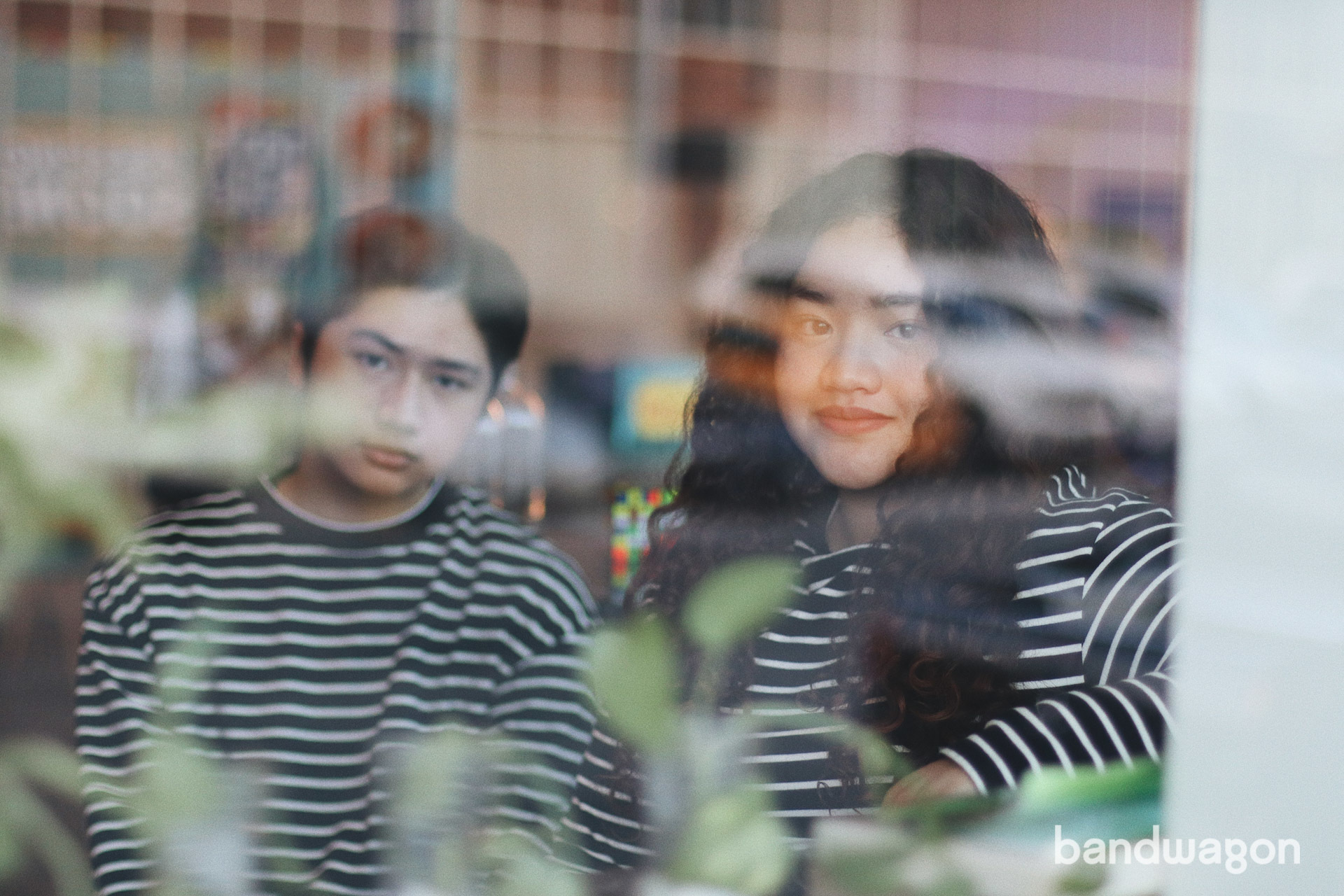 Do you guys work with other people on your music or is it really just the two of you?

Ysa: [During the recording sessions] that's when the other embellishments come in.

Ygo: The primary track is all made at home on my laptop.

Ygo: Lately, they have been very jumpy.

Ysa: Considering our thing as not having a specific genre, sometimes when people watch us for the first time, they don't really know what to expect. Each of our songs has a different genre, a different feel to them. When we're done with that song and then the next song else comes up, they go "oh, that's something else again."

Don't you think having all these mixed genres confuses audiences?

Ysa: Maybe it is difficult to distinguish if it's an Ysanygo song because of the different genres. But we make it a point to have this certain lick or hook that binds everything together to make the song Ysanygo.

Ysa: He recorded our recent tracks 'Fading to Black' and 'Even in an Alternate Universe.'

Ysa: And it's nice, 'cause when he suggests stuff to add to the song, we're like "wow!" 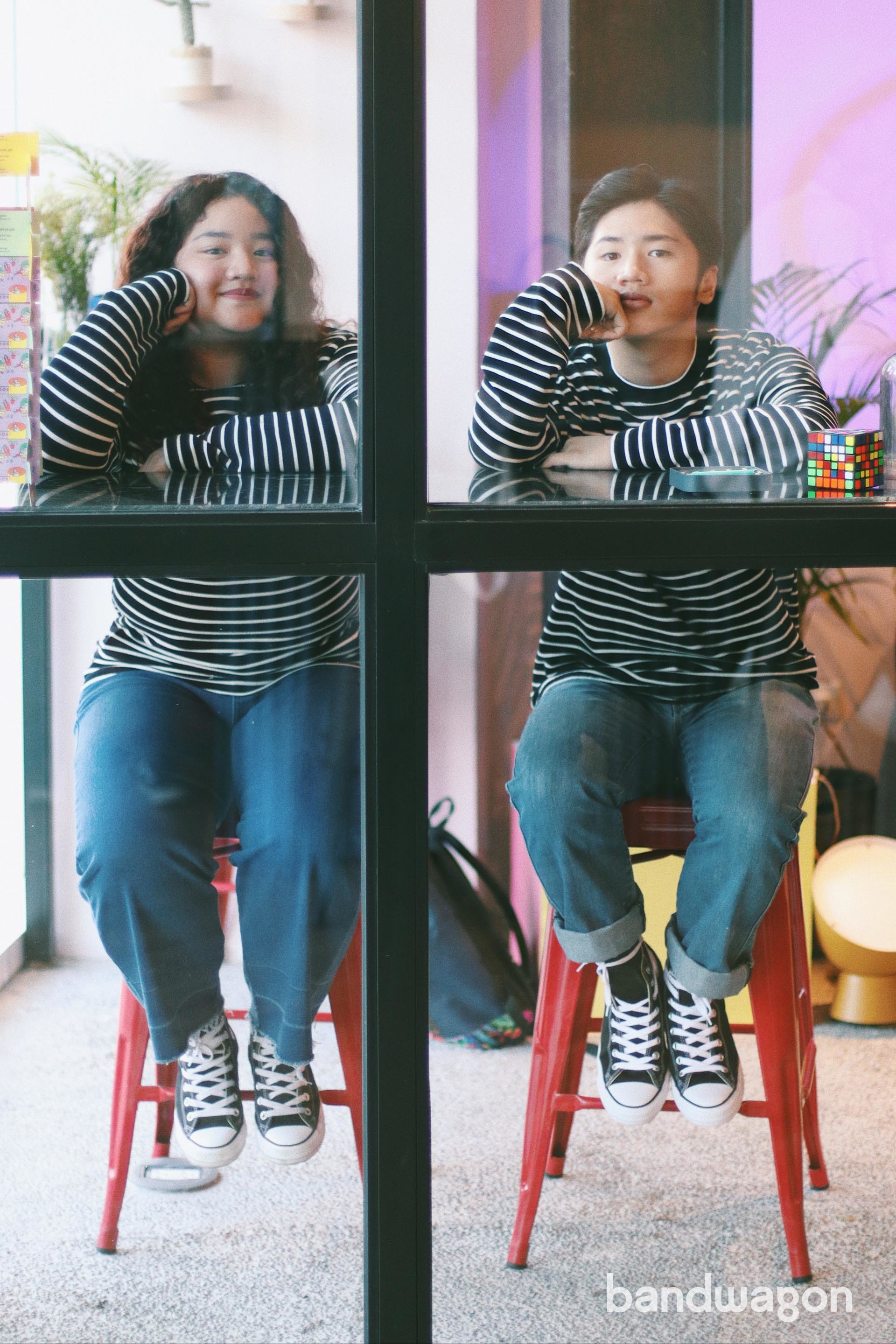 How did you get your start in music?

Ygo: She started the music thing.

Ysa: I enrolled in violin when I was in the first grade and I liked singing also, but I didn't really take it seriously.

Ygo: I started late. I dunno, I was eleven? I borrowed my sister's guitar without asking her first. Then she taught me some songs.

Ysa: Then after that, he's more well-versed now in guitar (laughs). How we started the duo, I was invited to perform at a gig in late 2016 and then our mom was like, "take your brother with you!" After that we thought we gotta do this again.

Since you live in the south and most of the gigs are in the north, how do you manage?

What time do you get to go home?

Ygo: Usually we get home around 3 a.m, but we're with our parents, so it's fine.

Ysa: They have a lot of band friends too, so it's cool.

How does it feel to have your parents [at your gigs] all the time?

Ygo: It's very nice, 'cause even in a room full of strangers, we'll never be alone because our parents are there.

Ygo: And at least there are two people there who know our music.

Ysa: Oh, fun fact! Our mom, she [did] our cover art for our last three singles. 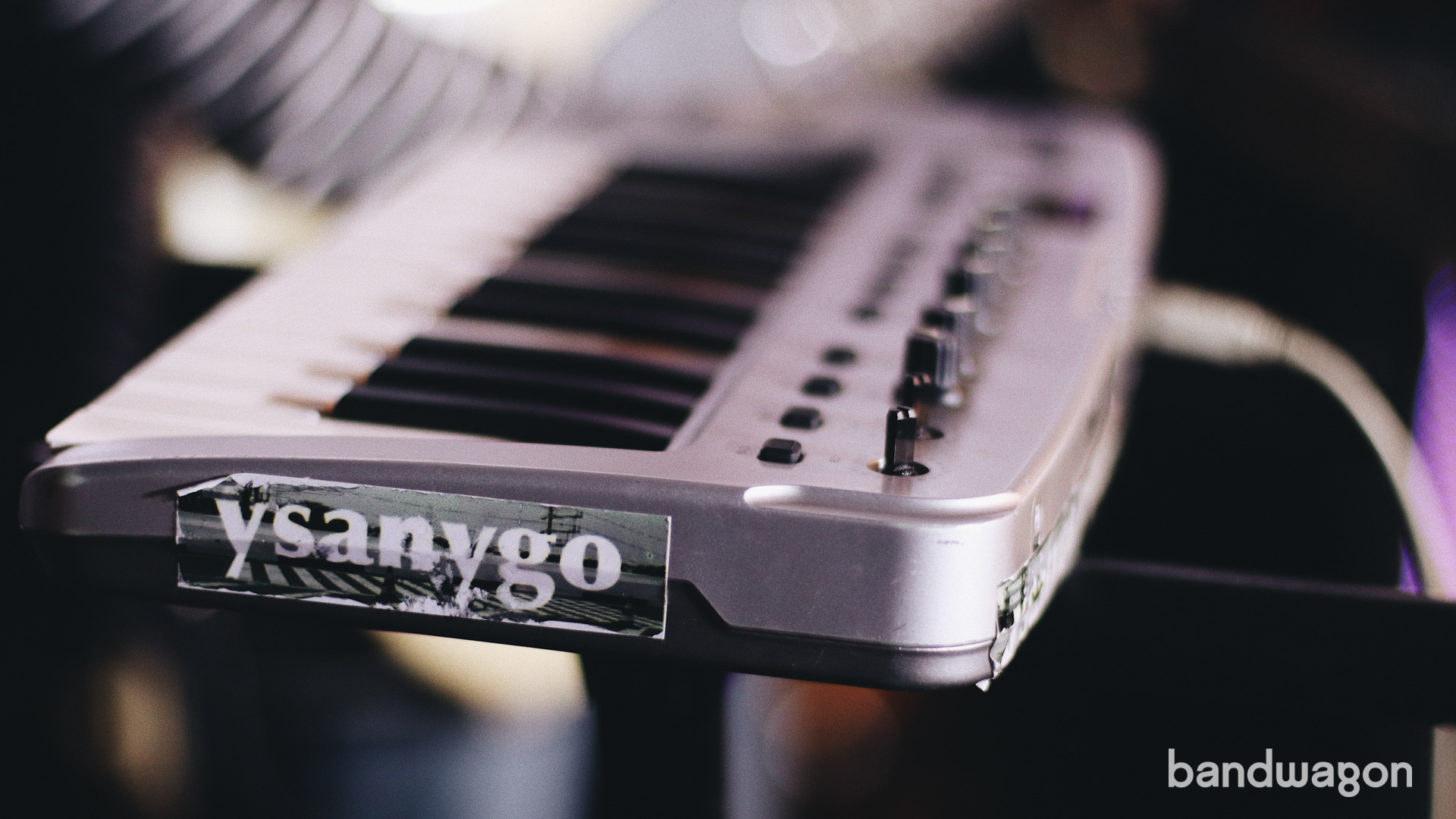 Who are your favorite local acts right now?

Ysa: They're so amazing! And they're appreciated worldwide.

Ygo: And their music never sounds the same. It's cool.

What are your thoughts on UDD releasing their next album seven years after their last one, especially now since it's a singles type of world?

Ygo: For sure music production, mixing, recording takes a lot of time, and you can incubate a song. You can't really release a half-baked song.

Ysa: The more you perform a song, the more ideas come in. If you release something when it isn't ready, parang sayang.

Ygo: In the future you'd think "Oh, I wish I added this certain beat." I guess the time they're taking is fine.

Ysa: With that timeframe, for example, when the musician releases their songs, they don't have the mindset like "Will people like this? Is this [worth anyone's] money?" Once you're out there and once people start paying attention to what you're releasing, we feel pressured sometimes.

Ygo: People would be like, "Yo, release more stuff."

Ysa: But I also think it's nice, because it gives you that motivation and drive to create more music. And it also helps you as an individual, because you're also exercising and practicing your craft, which makes it all worthwhile to be in the industry. 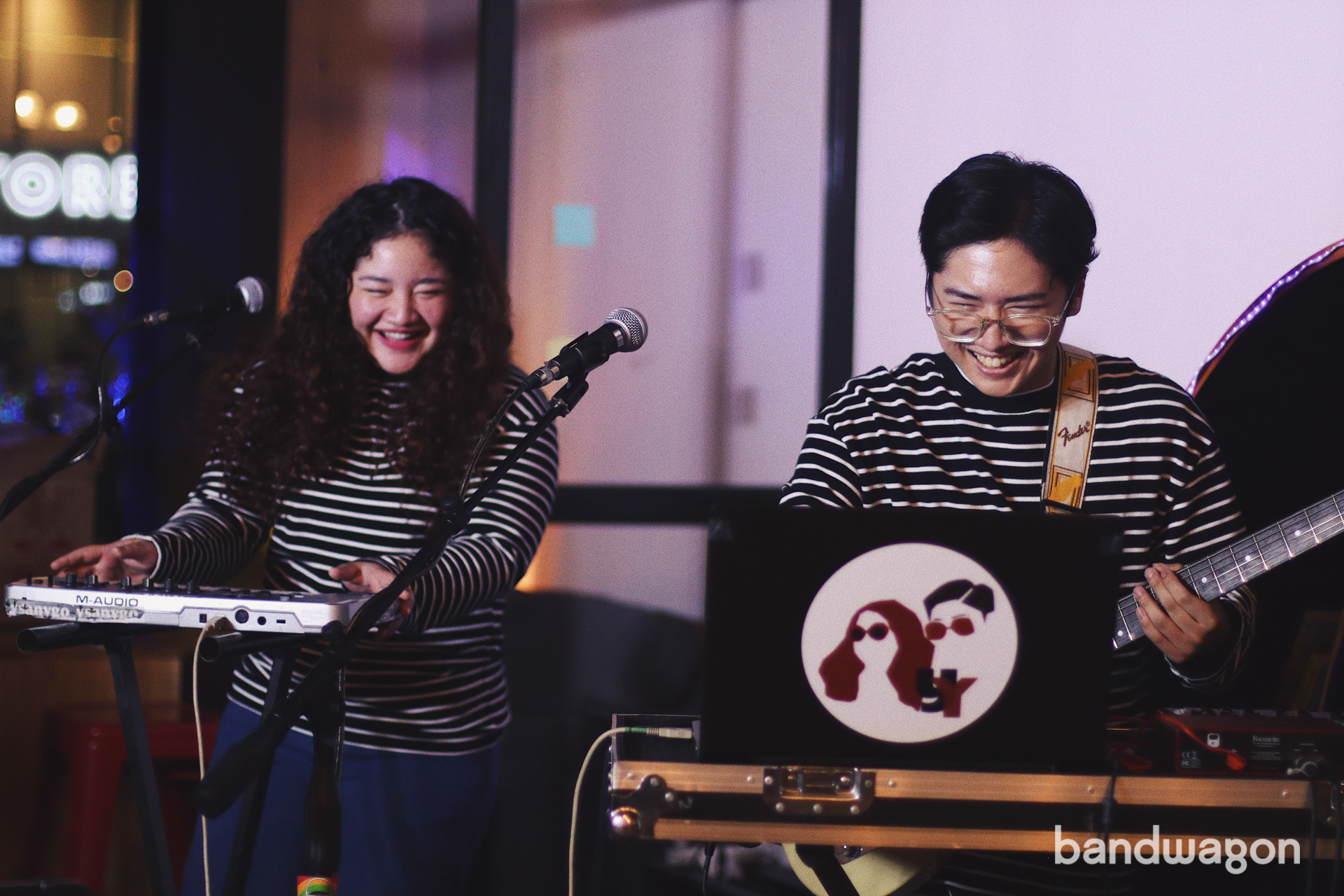 Speaking of releasing stuff, since you guys grew up in the age of streaming, how do you listen to music and how would you like your music to be released?

Ysa: It's all accessible.

Ygo: Everyone has their phones, so they can just search for music and they don't have to pay PHP 500 for an album, but it's always nice to have that physical copy, because it feels more human. 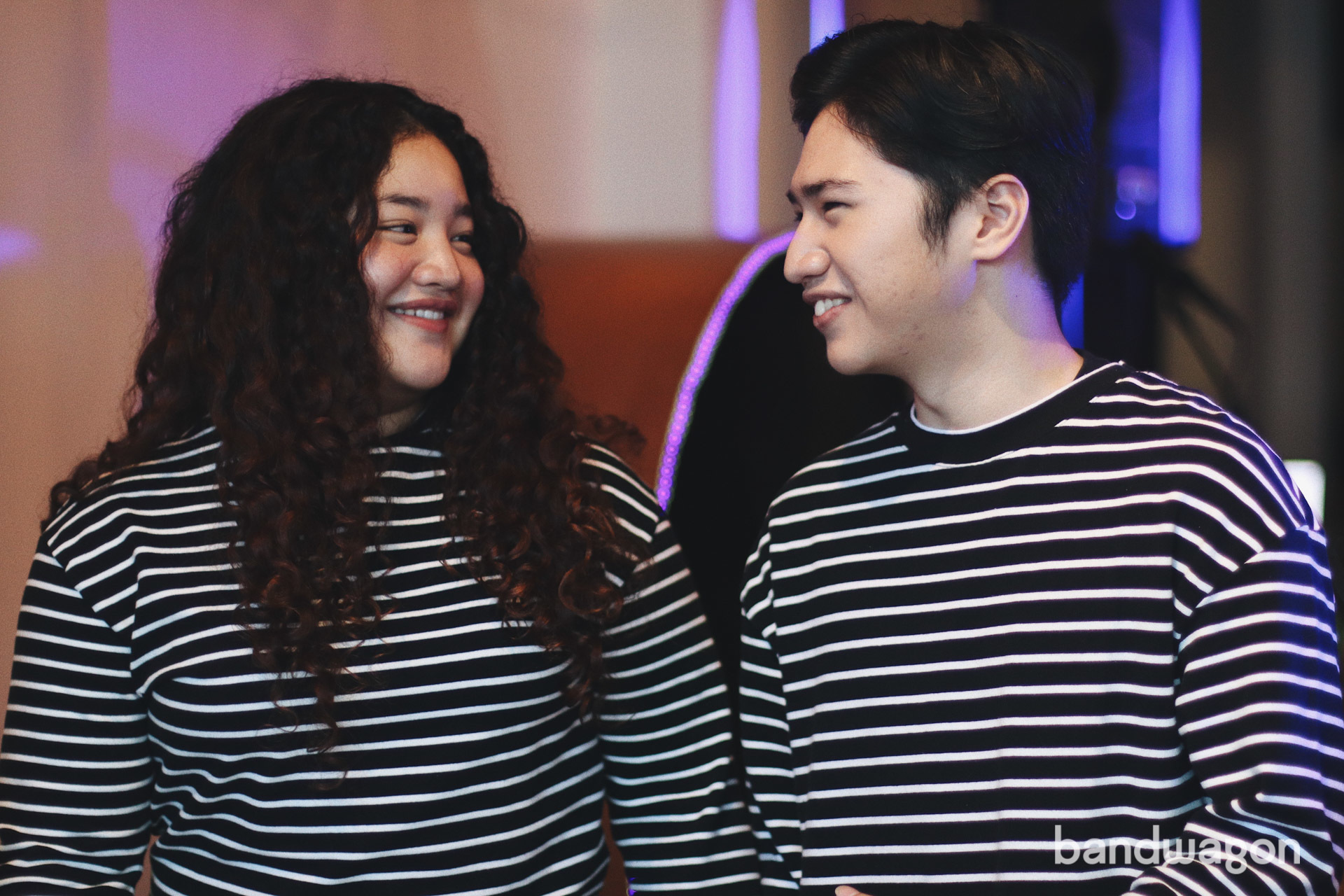 Ysanygo are slated to perform at Wanderland 2020 happening on March 7 & 8. Get tickets here.

Special thanks to NOOK Coworking Studio and Independent Play.