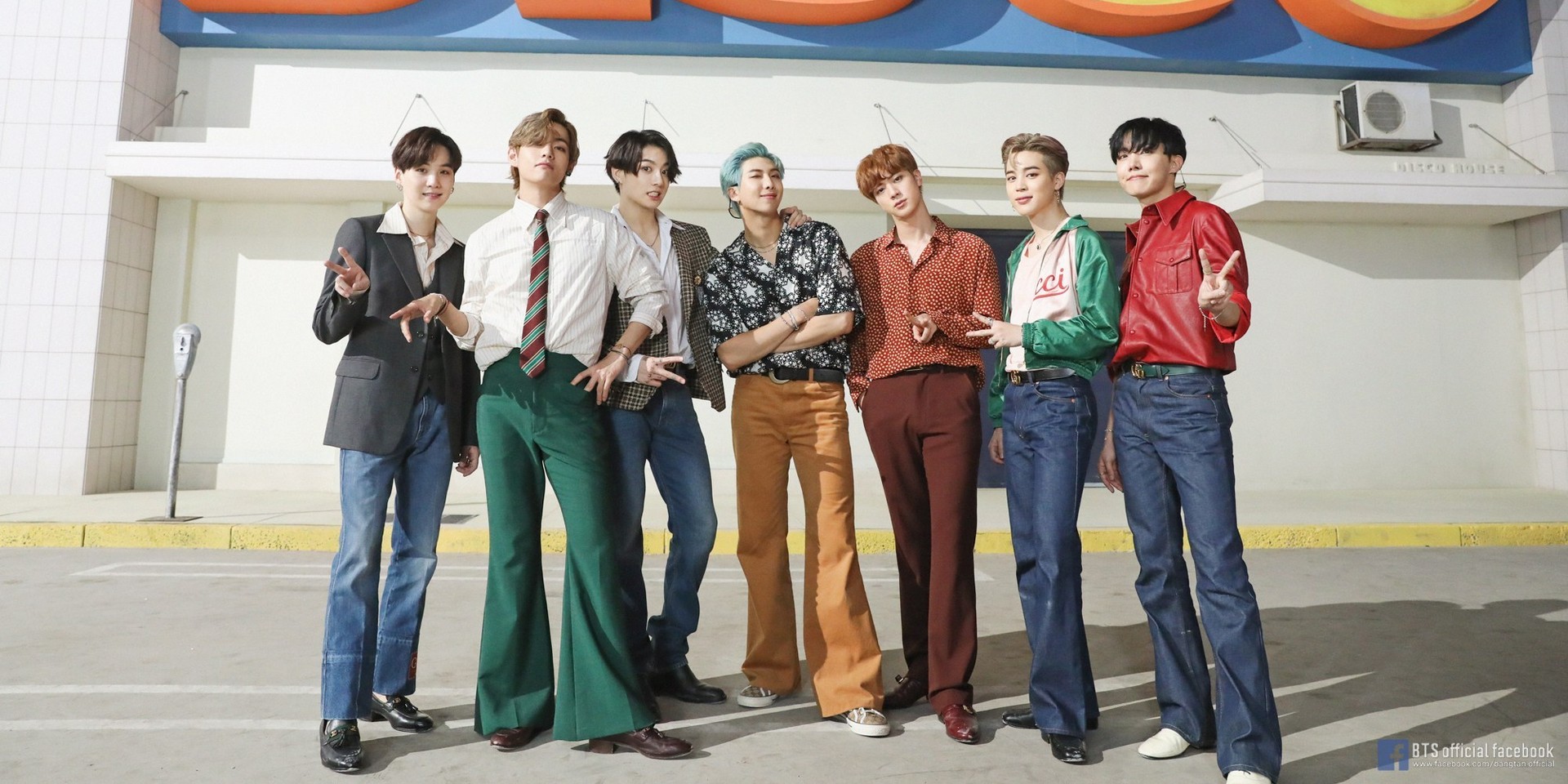 You'll never know what could hit you when boredom strikes.

2020 has been an extremely confusing time. Being in quarantine and avoiding the coronavirus has warped everyone's sense of everything, thus leading people down a rabbit hole of finding comfort. In Australia, BTS fan Vanessa found herself going down that rabbit hole—holding hands with boredom—and found her new calling: becoming ARMY's go-to Twitter account for BTS style and fashion with @Bangtan_Style07.

It all happened by accident and wasn't exactly something the Australia-based Filipino fan had initially planned, but that's what makes things more exciting. With Bangtan Style, she challenges herself to figure out what brands and pieces members of the 'Dynamite' act wear—from clothes to accessories, coordinates to mismatched pieces, luxury items to casual wear—at major events and everyday life.

Bangtan Style has garnered nearly 50,000 followers, at press time, and it shouldn't be a surprise when it reaches its next 50k long before the year ends.

Bandwagon reached out to Bangtan Style's Vanessa to talk about what it takes to run such a demanding account, how she finds the pieces the K-pop superstars wear, making friends with ARMYs across the globe, and more.

BTS announce Map of the Soul online pop-up store, with showcases in Seoul, Singapore, and Tokyo

How did you discover BTS?

I logged in to Twitter after years of being inactive and I saw Billboard's post about the 10 Best Performances from BBMAs 2018 and was surprised and curious why BTS, a South Korean Group, was there at Number 4. I got curious and clicked the embedded video and was amazed by their 'Fake Love' performance because of the choreography.

What amazed me more was the screaming and chanting audience like they know every single word of the song in Korean. I said to myself, where am I the past few years why I don't know anything about this group but the world does. I went to Youtube, watched every single fancam of that performance, searched the lyrics, bought the Love Yourself: Tear and Face Yourself albums from iTunes the next day and never went out of the rabbit hole.

There are many fan-run accounts about the Bangtan Boys, what made you decide to start one specifically for their fashion?

I was in quarantine last April and watched a BTS Live (from VLive App) where Hobi (J-Hope) and Namjoon (RM) were designing their ARMY bombs (lighsticks) and Jungkook appeared quickly [while] wearing printed black shorts.

I read it was Killz Kindness that's printed and did a quick google search and it just appeared that it was from Skoot Apparel. I don't know until now what came to mind that I immediately created a separate Twitter account just to post that even without followers. I guess it was because I was so proud I found it by myself although it's funny cause the print was so big and is so googleable and maybe boredom from quarantine pushed me to.

Earlier on vlive Jungkook was spotted wearing Kindness Killz Shorts by SKOOL ($95 usd).”The skulls fireball is a symbol for how words of kindness kill.Nothing is more powerful.Destroy evil & be kind to each other because what you do always comes back”.

by the way it’s SOLD OUT! pic.twitter.com/jJmMbwwcED

Also, I realized that there are not much style accounts on Twitter focused on the 7 members, mostly it's just dedicated to a member. I love BTS, I love fashion, I love BTS' fashion! It's the perfect BTS account for me that I can somehow contribute to the fandom at the same time fully enjoy.

How do you run the account and do you have other fans who run it with you?

The account is run solely by me and my goal is to always post as fast as I can when a BTS content containing an image of the members is released from any platform, of course making sure that the brand and the details are accurate and as much as possible complete with tops, bottoms, shoes, and accessories. I just use a collage maker to edit the template.

There was this one time when I posted a wrong generic stripe long sleeves that Taehyung (V) wore in a live and one ARMY replied that it was wrong explaining the difference in details. I realized she was right and immediately deleted the post and sent her a direct message thanking for the correction and found out she runs a style account too (not BTS) and since then she's been contributing a lot especially when I'm asleep or at work or school and I miss some contents real-time. I call her my style account mentor now and it's so nice that we became connected because of the account even without meeting each other as she's from Europe and I'm from Australia.

Your turnaround time is pretty good! I checked out your account right after I watched the Tiny Desk livestream and I already saw Jimin's outfit. How do you do it? You have the details even down to the accessories.

With the BTS Tiny Desk outfits, it was somehow obvious that it’s Gucci and the paisley-printed tops & ties are from Etro as they are known for that. Also, having Emma (the ARMY from Sweden who contributes a lot in finding the clothing items) makes it easier for me to post as fast as possible as she can give me hints or links and I can focus in finding the details and editing it into a template for aesthetics.

With their casual personal outfits, what’s good with Bangtan is that if you have an eye to their styles and, they are quite loyal to their fashion brand preferences most of the time so it is quite predictable.

Do you keep a content calendar for their appearances and videos?

Yes, I do :) I think every ARMY does especially now it's such a busy month until their anticipated comeback. The thing is, I am more anxious with what they will wear on a scheduled appearance than in a surprise content drop such as Twitter post or live.

BTS at THE TONIGHT SHOW D2

Have there been instances wherein you couldn't find a specific item?

It’s such a frustrating thing for me sometimes when it happens. BTS uses a vast variety of brands from $7K (USD) luxurious brand hoodie to a $9 Korean brand plain shirt for both official and casual wears. There is this Chanel ring that is very apparent in Jimin’s Twitter selfie post and what makes it more frustrating is that the brand’s logo is obvious but I couldn’t find the details even from resellers & pre-owned shops. Taehyung and Jin’s vests worn in Dynamite MV are still in my “to find” list too.

Have fans requested for certain looks?

They do a lot. I receive a lot of DMs for their casual clothing items and even for as old contents as BTS 2014 outfits.

While BTS mixes high end and streetwear brands for their outfits, have you ever considered recreating their looks for less?

Yes! I did it recently for their Dynamite MV outfits which I have submitted to ARMY Magazine account, but I don’t think I’ll do it again cause I realized I have to take it from the RTW brands that are globally known with reasonable prices. It’s quite a challenge cause it’s very limited.

As we at #ARMYMAGAZINE celebrate our 2nd Anniversary, we dedicate #ISSUE11 to you, our readers, our family, ARMY!

Just like @BTS_twt, you've made our dreams come true!

We 💜 you #BTSARMY! This issue is for you!

It has to be two at least cause this shows BTS' versatility. All 'Mic Drop' performances with streetwear including the Dior outfits that Kim Jones designed for them for their Speak Yourself tour.

BTS wearing @dior on their ‘Love Yourself, Speak yourself’ world tour @bts.bighitofficial

Of course, it has to be 'Dynamite'. I love the retro era. The contrast in the two just shows that BTS can pull off wearing anything. 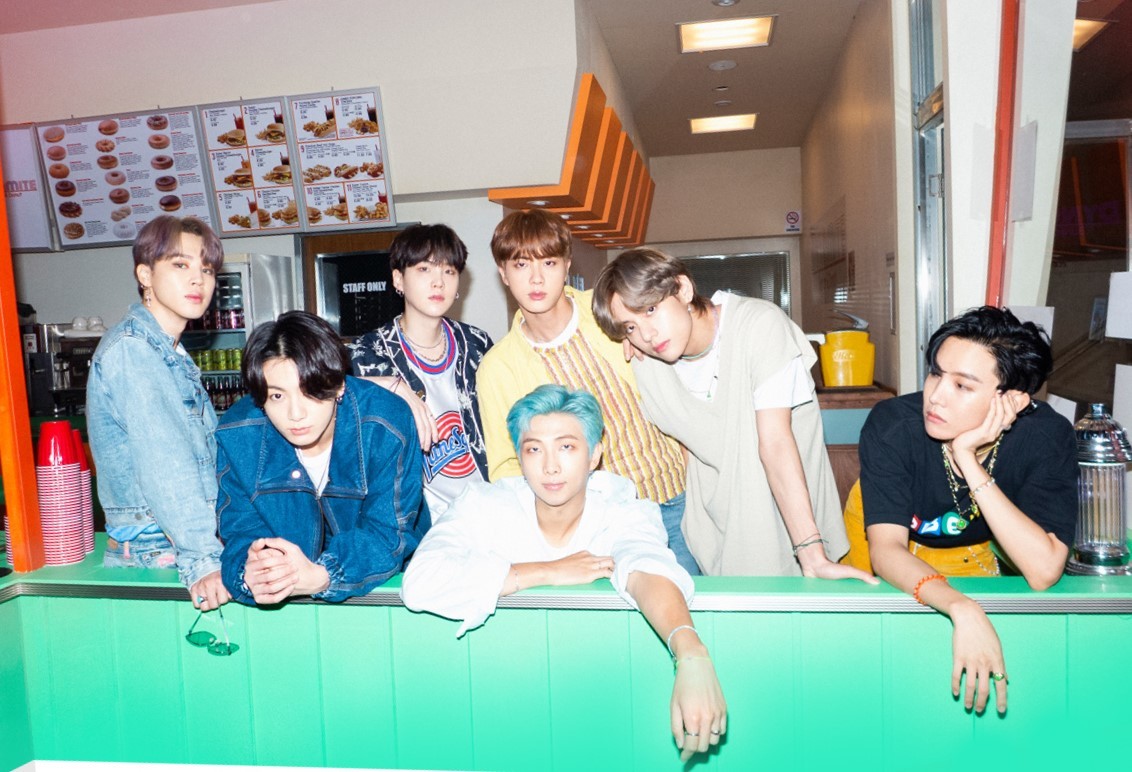 Whose personal style is closest to yours?

It’s Jimin. Chic, classic but stylish. It is also easiest to relate to as he is fond of wearing women's wear items may it be bags, sweaters, or jewellery.

If you were to be BTS’ stylist for a day, how would you style each member?

Ahhh to be a BTS stylist is such a dream job even just for a day!  There are just too many it’s so difficult to decide just one. Although they wore Balmain several times, I love to see them more in other collections. I recently saw this Fall 2020 Menswear Collection and thought the boys would look great in it.