Big Hit Entertainment has officially changed its name to HYBE.

The company name change was first announced on 10 March via an official statement by Chairman and CEO Bang Si Hyuk. "We'll become the world's leading entertainment and lifestyle platform company. By removing 'entertainment,' we'll have a new, comprehensive image as a general content group, which is our mission."

HYBE describes itself as a "music-based entertainment lifestyle company," taking on a new brand identity and an expansive range of operations – from music production to gaming.

Bang Si Hyuk, alongside Global CEO Lenzo Yoon, HQ CEO Jiwon Park, and CBO Min Hee-Jin, presented the company's new brand and structure in a press conference held earlier today (19/03). According to Lenzo Yoon, the name was brought on to encompass all of the company's operations that go beyond just music and entertainment.

HYBE is made up of HYBE HQ and HYBE America and features three main parts – HYBE Labels for music and artist management, HYBE Solutions for new technology ventures, and HYBE Platforms to connect their services to the public. 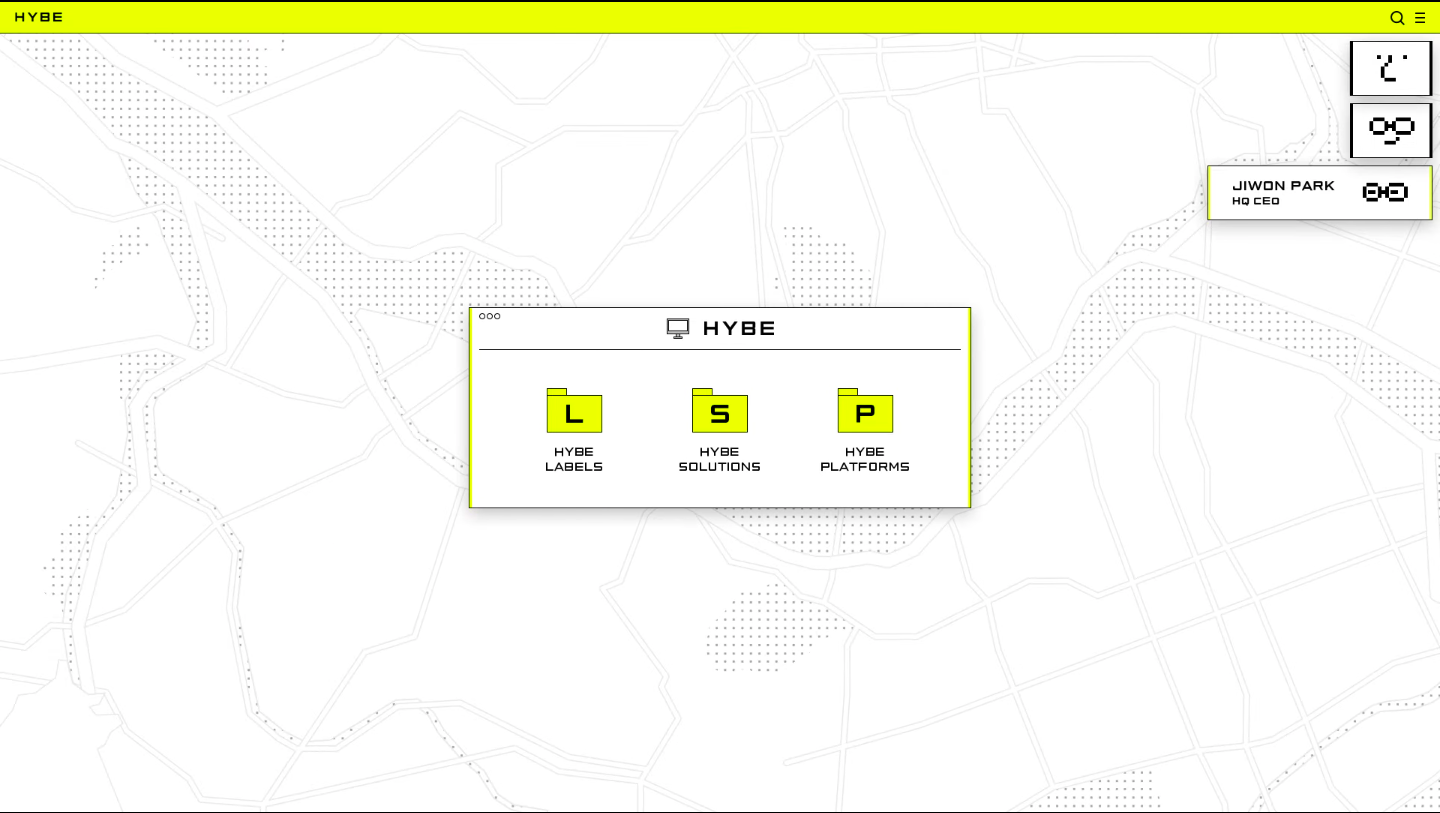 HYBE Solutions encompasses all of the company's operations that extend beyond music. It is made up of HYBE 360, HYBE IP, HYBE Edu, Superb, HYBE Solutions Japan, and HYBE T&D Japan, all of which are "expert business units" that specialise in avenues such as gaming, technology, intellectual property, education, and more.

Finally, HYBE Platforms expands on the operations of the company and is said to bridge its services to the public. Currently, only the global fan platform Weverse sits under this branch. 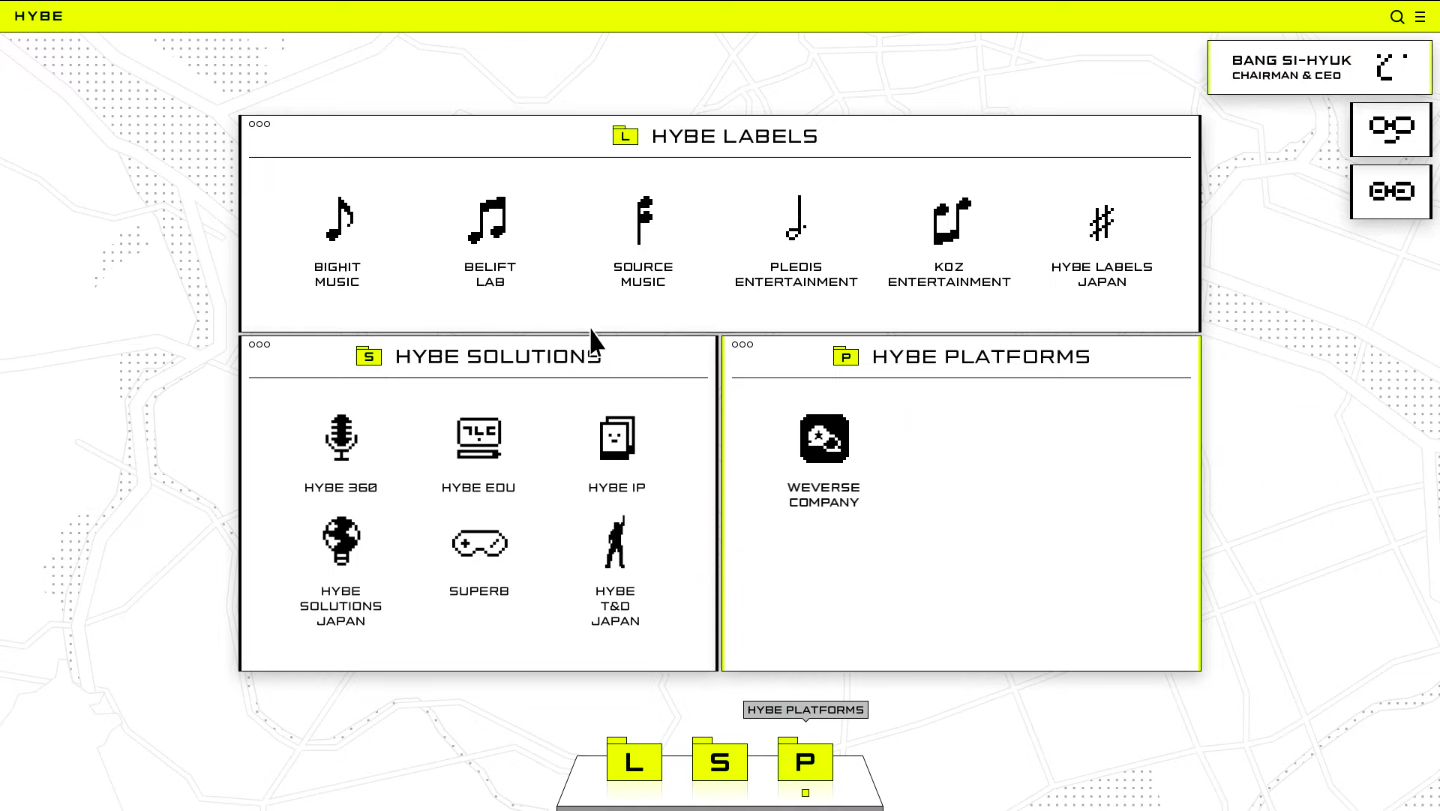 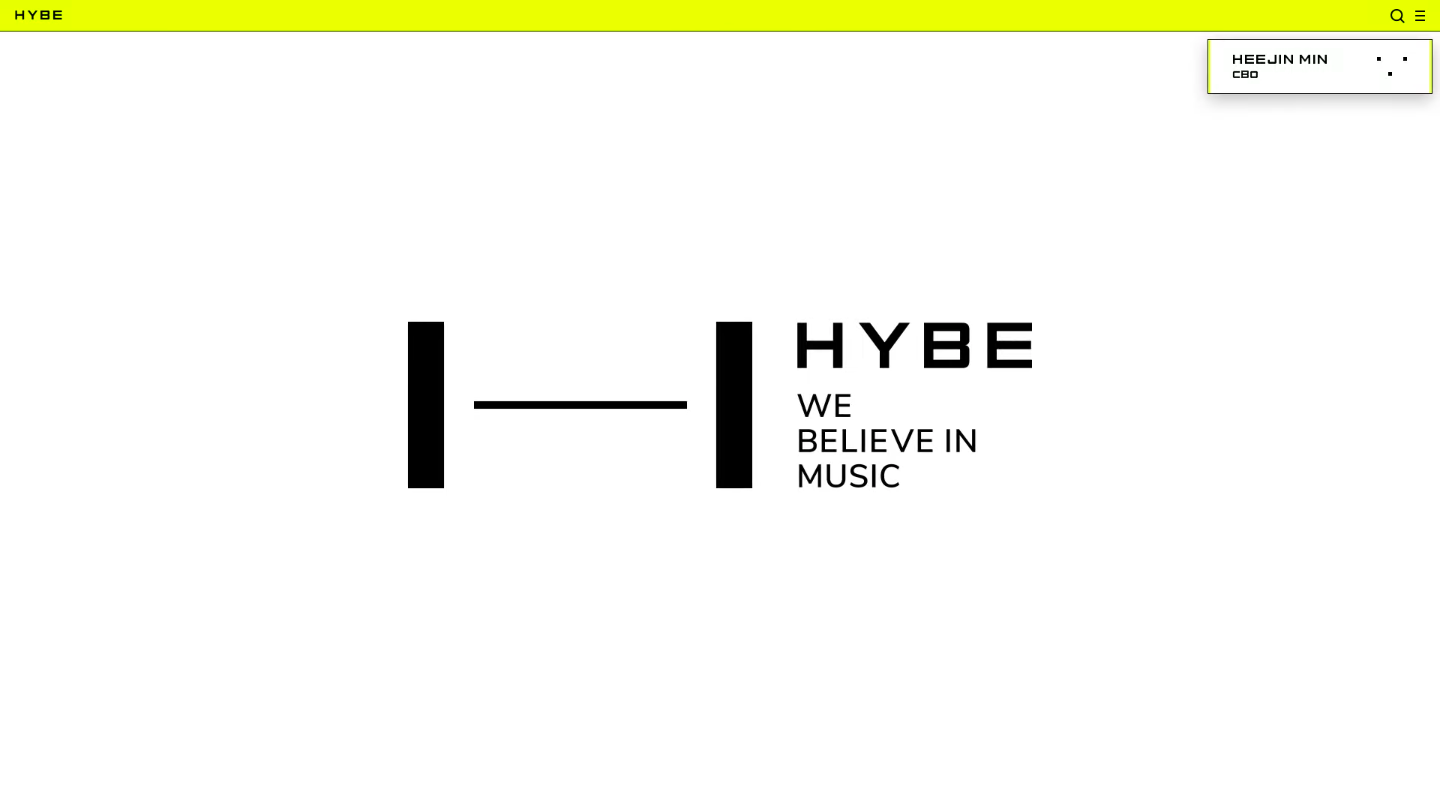 With a new name comes a new logo. Founded on the basis of music, HYBE's logo "starts with music, variates, and expands".

Armed with the slogan, "We believe in music," the logo's two vertical bars are said to be the company connecting a blank space where music can be found, signifying their values of connection, expansion, and relationships.

"The blank staff drawn in a space filled with silence becomes the sheet music for HYBE, and upon the staff begins HYBE's sound," says Min Hee-Jin. "It is not a typical stationary symbol but has a role of flexibly changing and expanding while at the same connect all things." 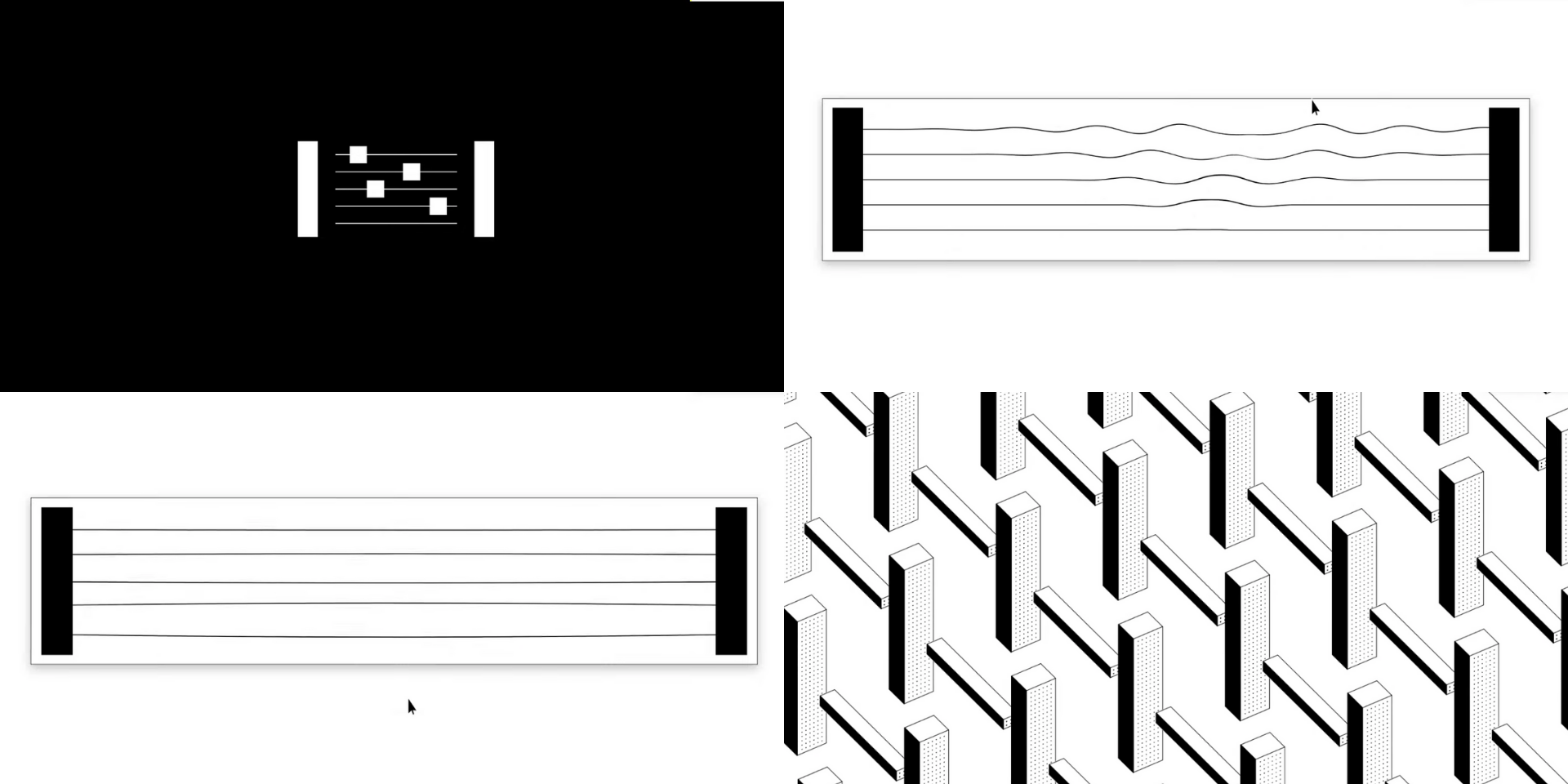 Ending the presentation, Bang Si Hyuk ensures that new changes will allow the company to further reach their goal of bringing positive change and impact through music and entertainment.

"We are embarking on a new journey in HYBE with a new mission, space, and organisation structure but our fundamentals will not change. We will continue to believe in the power of music and spread positive influence and bring changes to lifestyles," says Bang Si-Hyuk

These new changes come after a series of business ventures and global partnerships by Big Hit Entertainment in the last year. In October 2020, the company went public, filing the biggest market listing in Korea since July 2017. BTS members were also announced as shareholders of the company, with each share valued at KRW 300,500 (USD 243).