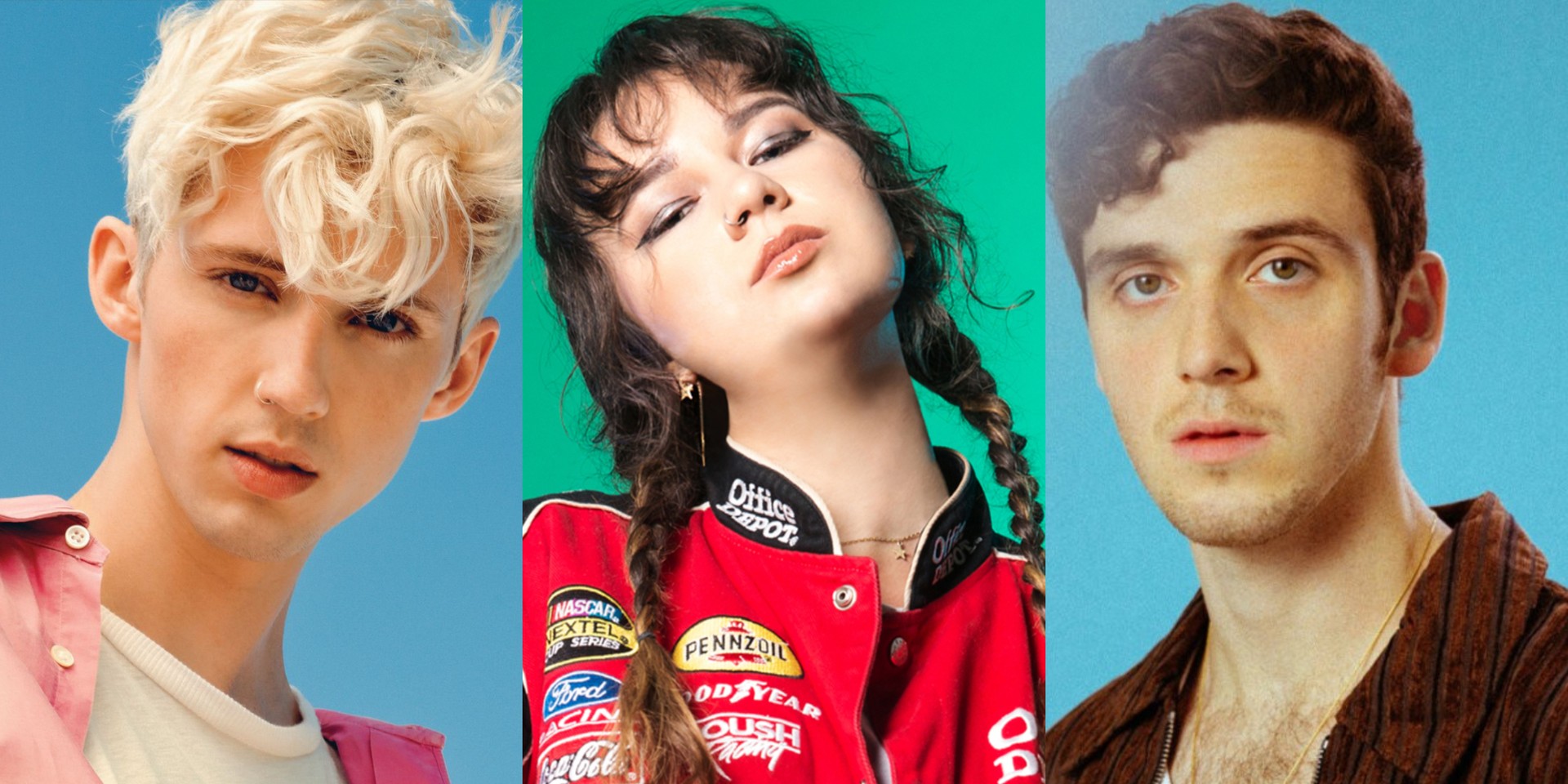 April has come and gone, and with it, a ton of incredible live shows, the likes of John Mayer, Sons of An Illustrious Father, Ed Sheeran and more.

Not to be outdone, the month of May is packed to the gills with an intense schedule of live music that will include the likes of Mayday Parade, Troye Sivan, Lauv, Mallrat, Andrew Rayel, Phum Vuphurit and many more.

Below, we list down every gig you should catch this May, according to date. 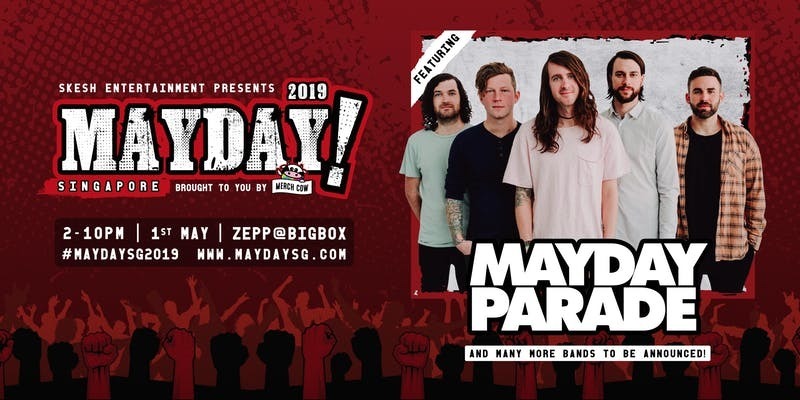 When: 1 May
Where: Zepp@BIG BOX

Befitting the name of the event, American pop punk band Mayday Parade is set to headline Skesh Entertainment's Mayday! Singapore 2019. This edition will be held at a bigger location, Zepp@BIG Box, moving from EBX Live Space, where it has been held the previous few years. The second act that has been announced is With Confidence but with more to come, this will sure to be a night no pop punk fan will want to miss. 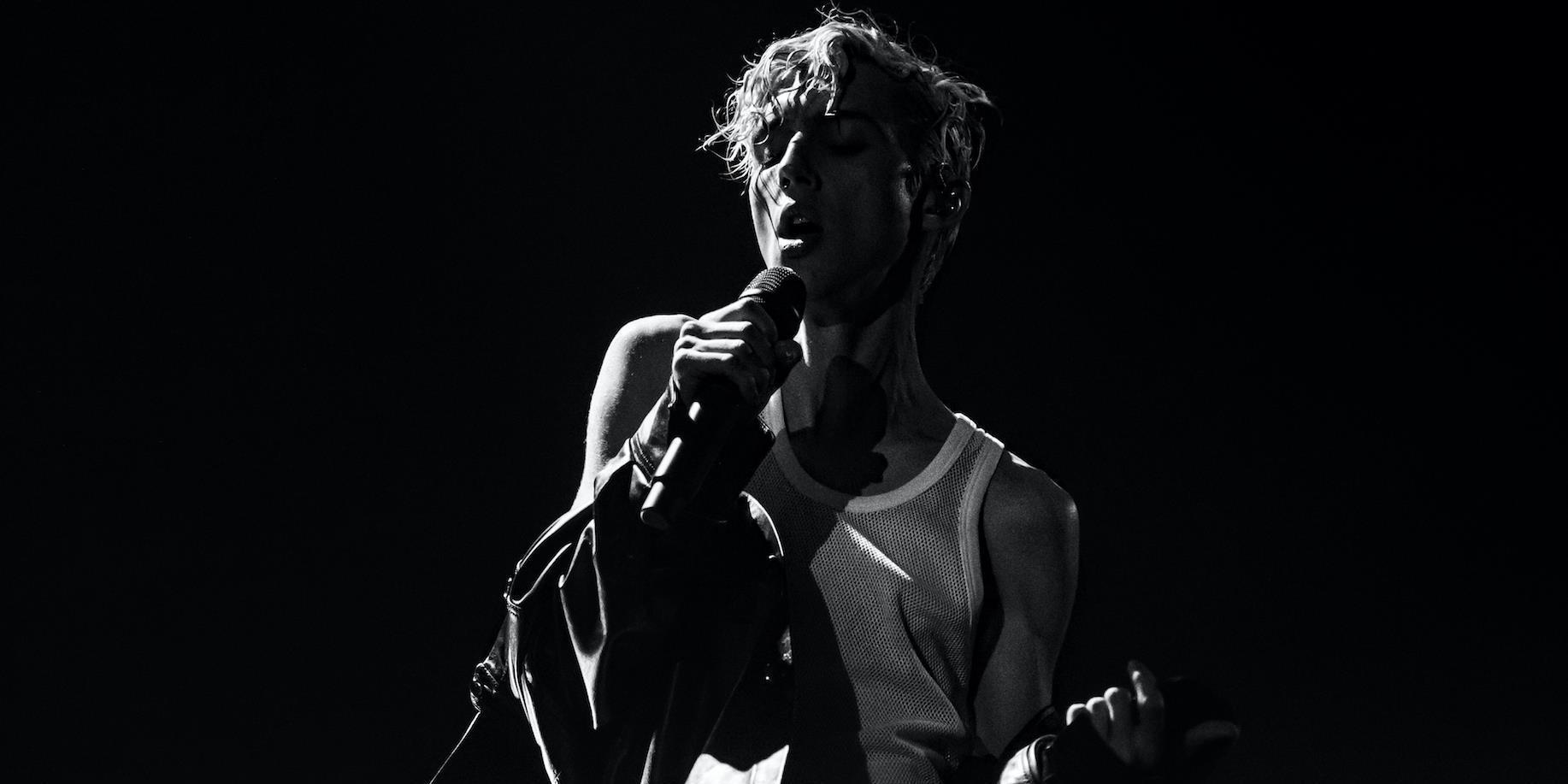 When: 3 May
Where: The Star Theatre

Troye Sivan has had a whirlwind year. Having released his critically acclaimed sophomore album, Bloom, earlier this year, as well as collaborations with Ariana Grande and Charli XCX, Troye undoubtedly made 2018 his year. While he stopped by Singapore for a fan meet this year, fans have been clamouring for the emergent pop prince to play a full-fledged show so it’s great that the show is finally coming to fruition. 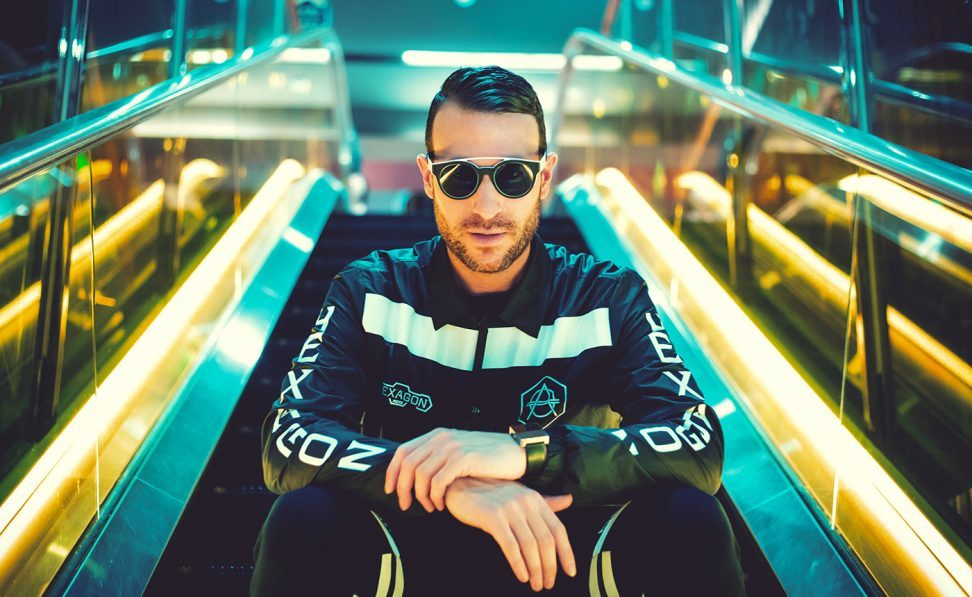 When: 3 May
Where: Marquee Singapore

The Don is returning to Singapore for an electrifying night of dance music at Singapore's latest nightlife hub, Marquee. Known for his electro and future house sound, Don Diablo will be making his grand return to the Lion City for one night only. You won't want to miss it. 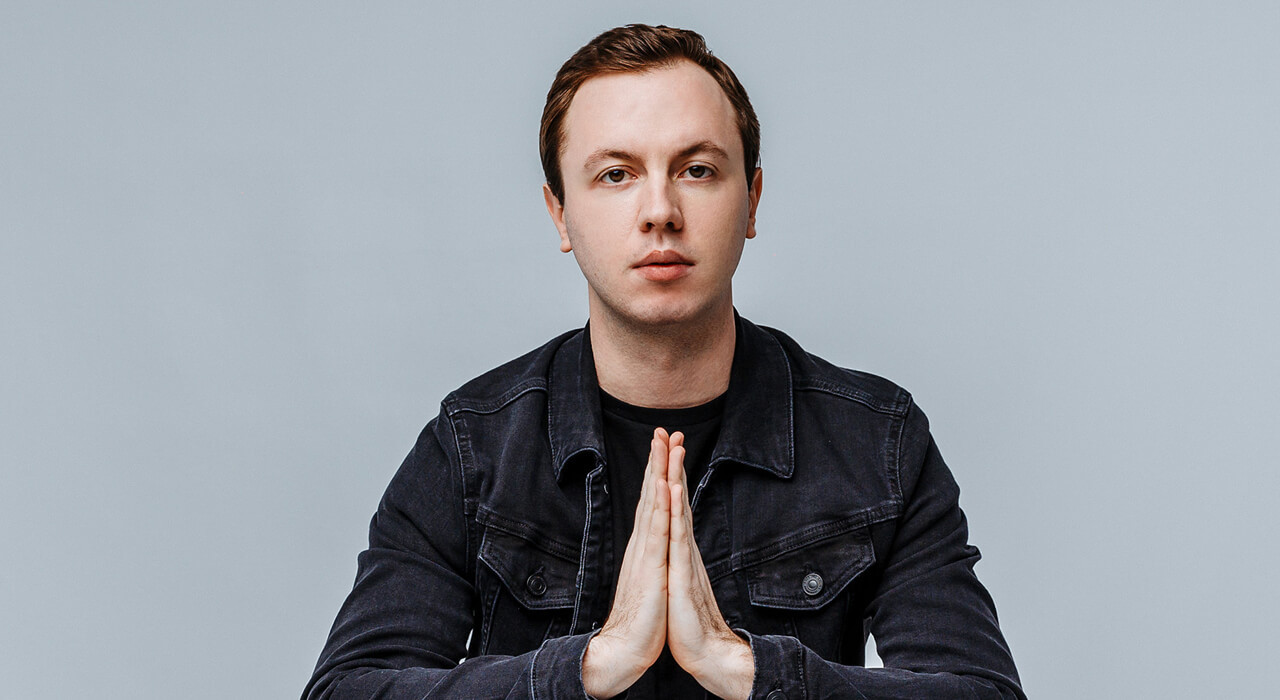 When: 4 May
Where: Marquee Singapore

To call Andrew Rayel a legend-in-the-making would be an understatement. The trance maestro has performed in Singapore nearly every year since 2013, and somehow, he still packs out every venue and festival. This time, he'll be helming the decks for the first time at Marquee, and you're going to want to be present for history's sake. 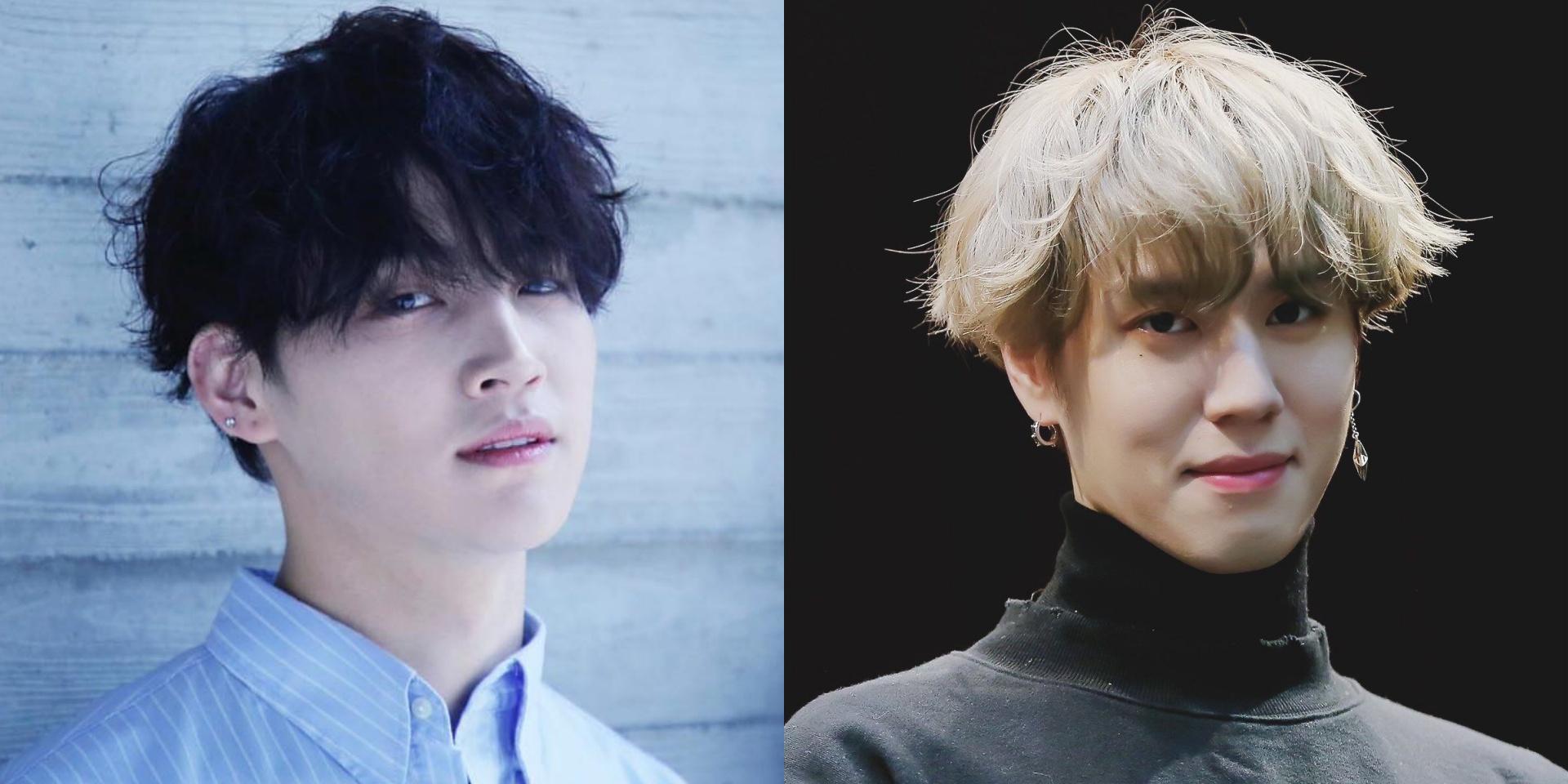 When: 4 May
Where: ZEPP@BIG BOX

Jus2, GOT7's newest subunit, consisting of Lim Jaebeom and Yugyeom, will be playing at a special showcase for its fans in May. The duo debuted its lead single, 'Focus On Me' with the accompanying music video in March, a day before it released its EP Focus. Get ready to hear the duo perform its new material and, maybe, songs from GOT7's discography. 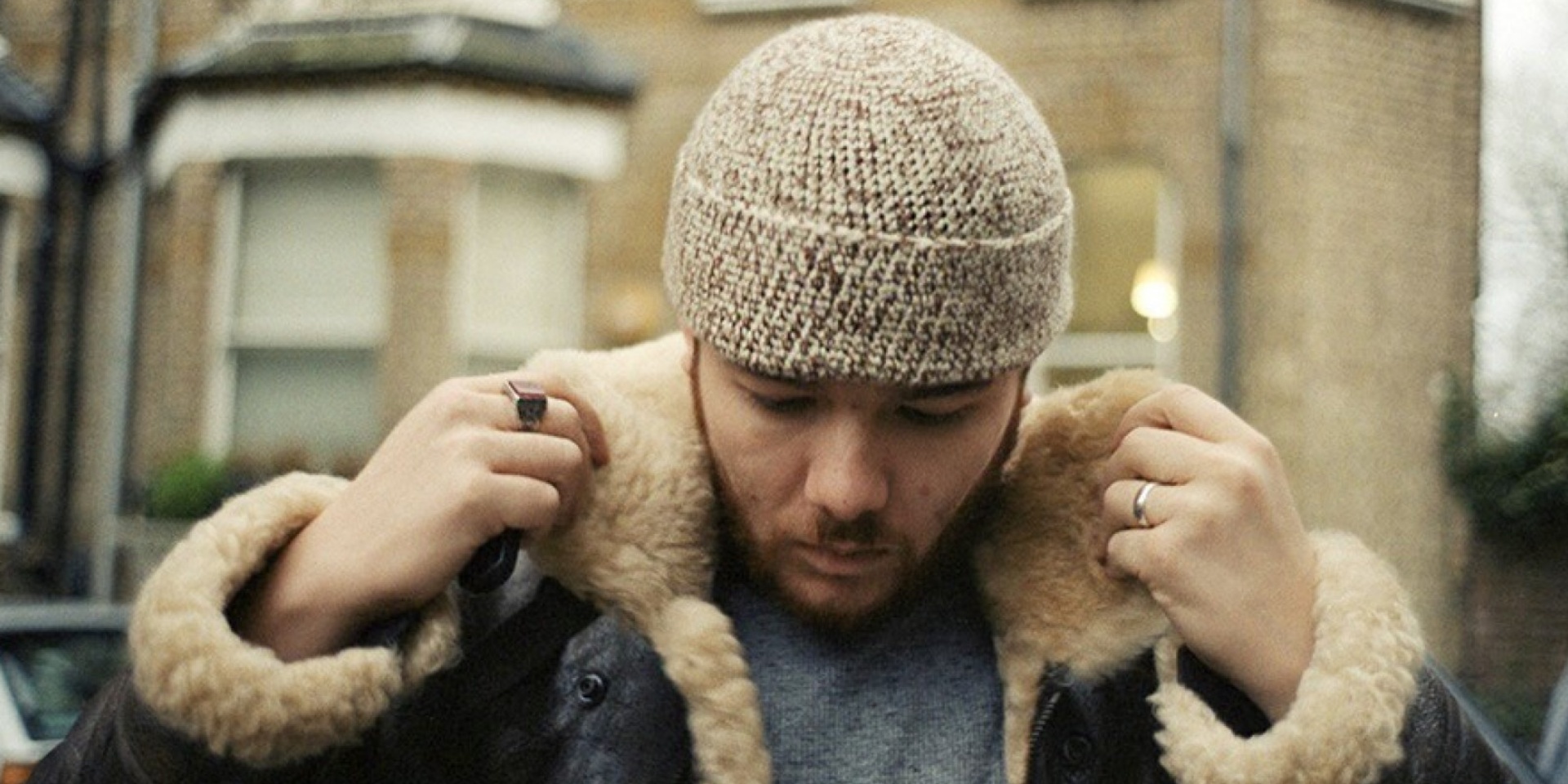 When: 4 May
Where: Kilo Lounge

The prince of Wu funk will be gracing us with his presence in the Lion City in May. He will be performing his polished blend of acid jazz, funk, hip hop, grime, garage and broken beat that will guarantee to electrify the expanse of the club. This will be a night of redefined, transcendental sounds. 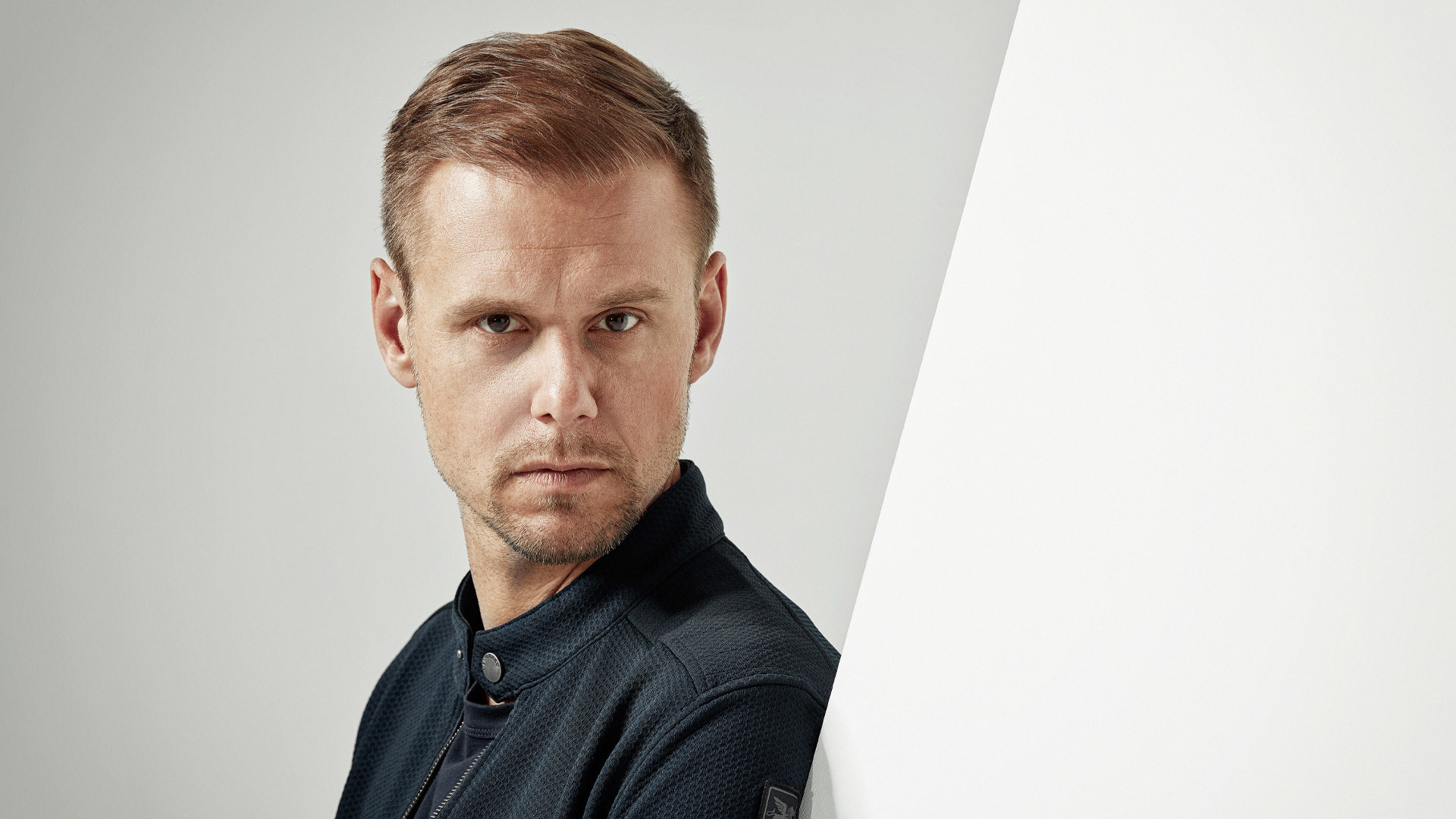 When: 10 May
Where: Marquee Singapore

The king of trance Armin Van Buuren will return to Singapore to command the decks at Singapore's newest and biggest club, MARQUEE. Adding to the already stacked May roster, there will be no short of remarkable nights to choose from. 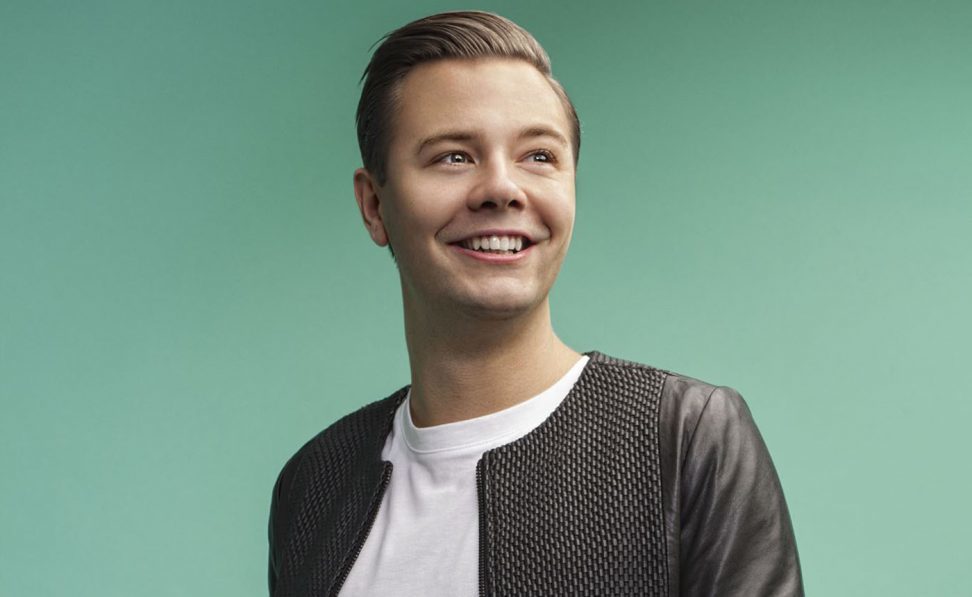 When: 11 May
Where: Marquee Singapore

Deep house maverick Sam Feldt will return to Singapore this May to put on an absolute show at Marquee Singapore. Under the bright lights and beyond beautiful backdrop, Feldt's set is guaranteed to blow your mind. 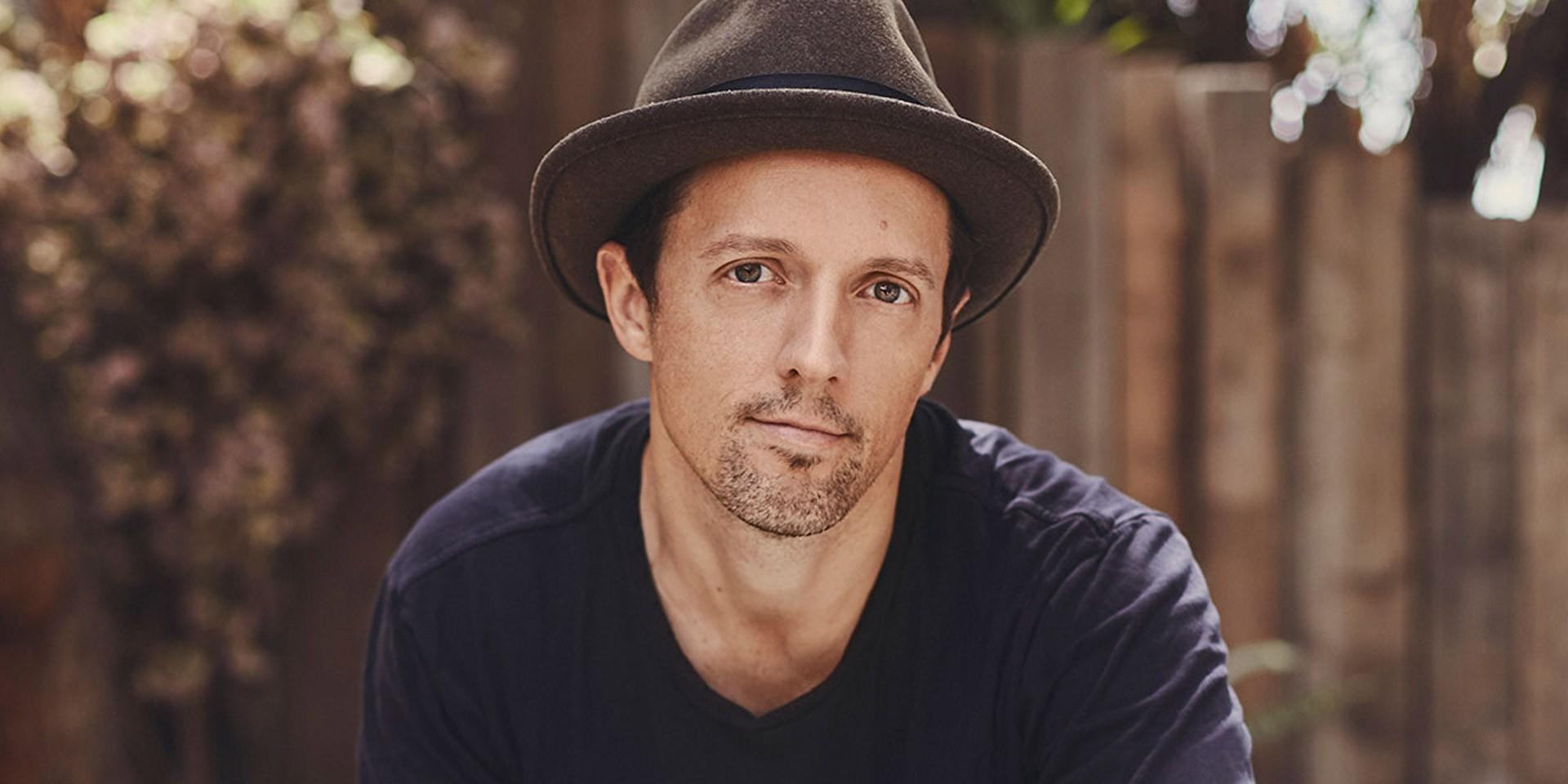 When: 11 May
Where: The Star Theatre

It seems as though Singapore can't get enough of Jason Mraz. After an electrifying performance at the National Stadium in late 2018, the critically acclaimed singer-songwriter is set to return to Singapore for a more intimate show as he performs at the Star Theatre in May. If you missed out on his show here in 2018, you might not want to miss this one, it's going to be a good time. 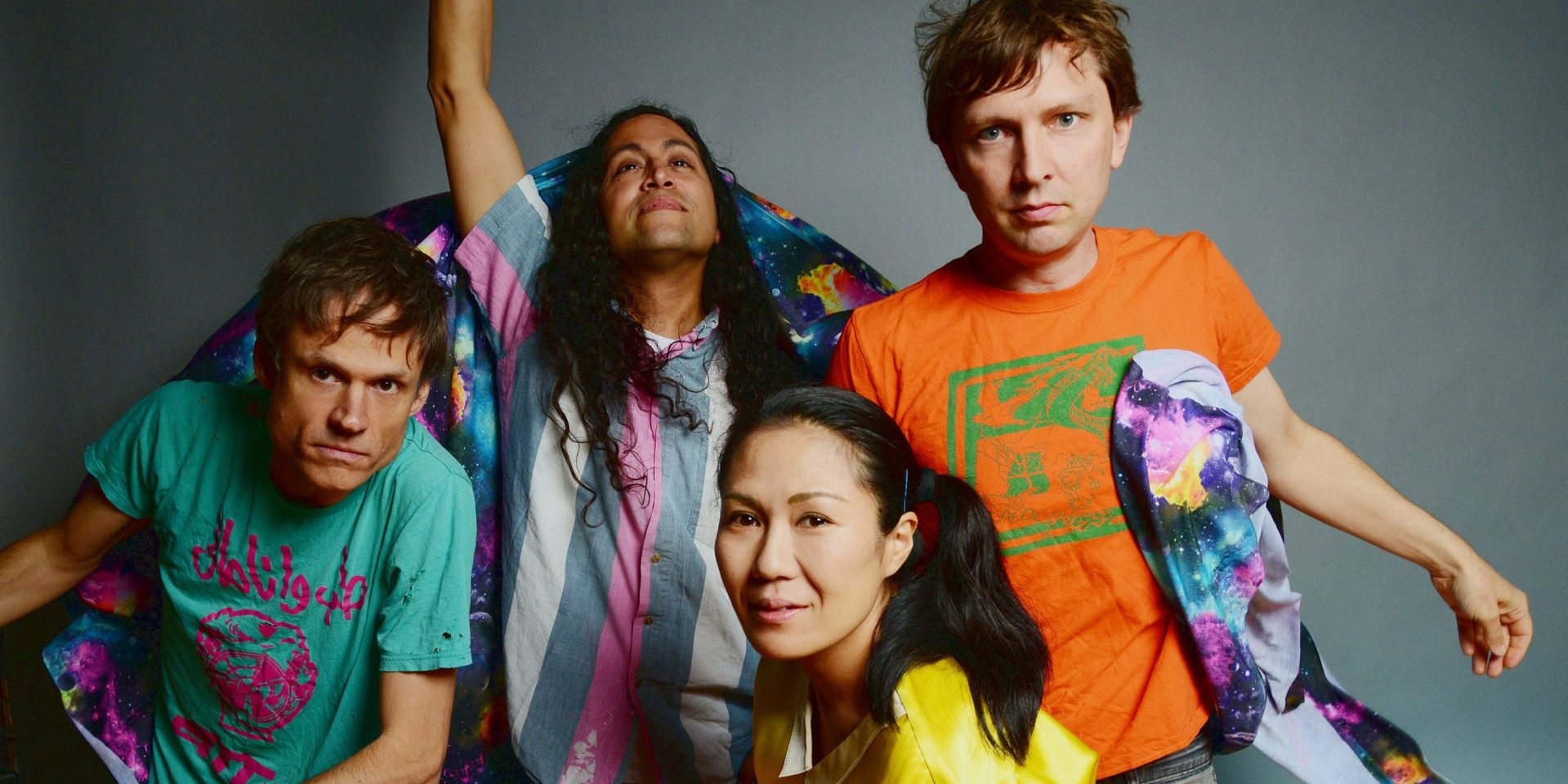 When: 12 May
Where: Decline

The San Francisco indie rock institution, fronted by Satomi Matsuzaki, will make a stop in Singapore this May, as part of its Asian Tour, which will see it play in a slew of Asian cities. The sounds unspooling this night will be staunchly and deliriously original. 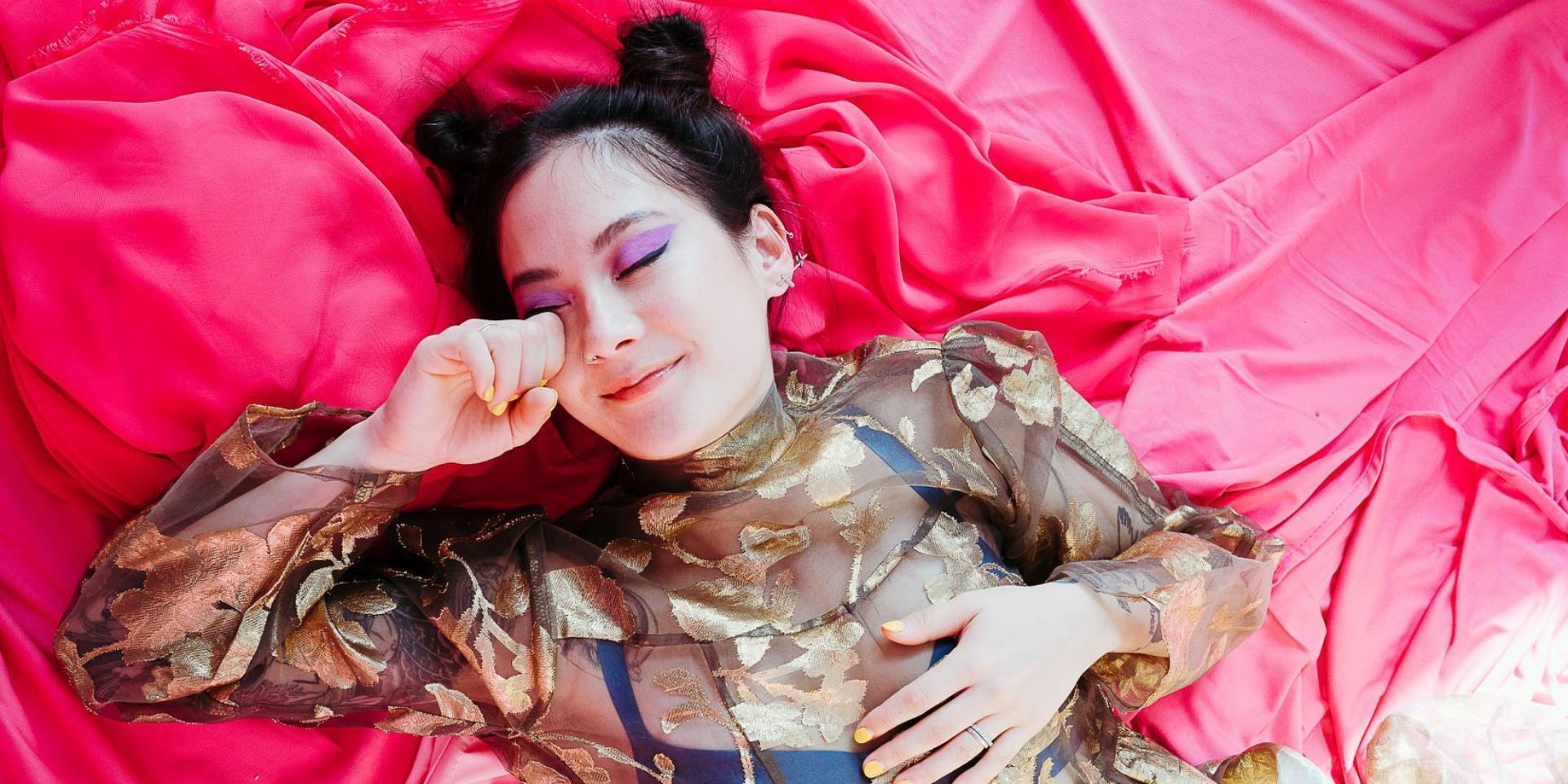 When: 13 May
Where: Esplanade Annexe Studio

Japanese Breakfast will be making her debut in Singapore, as aprt of her Asia Tour 2019. Catch her perform songs from her lo-fi-bridged-synth-pop-laden discography, including her latest album Soft Sounds From Another Planet. 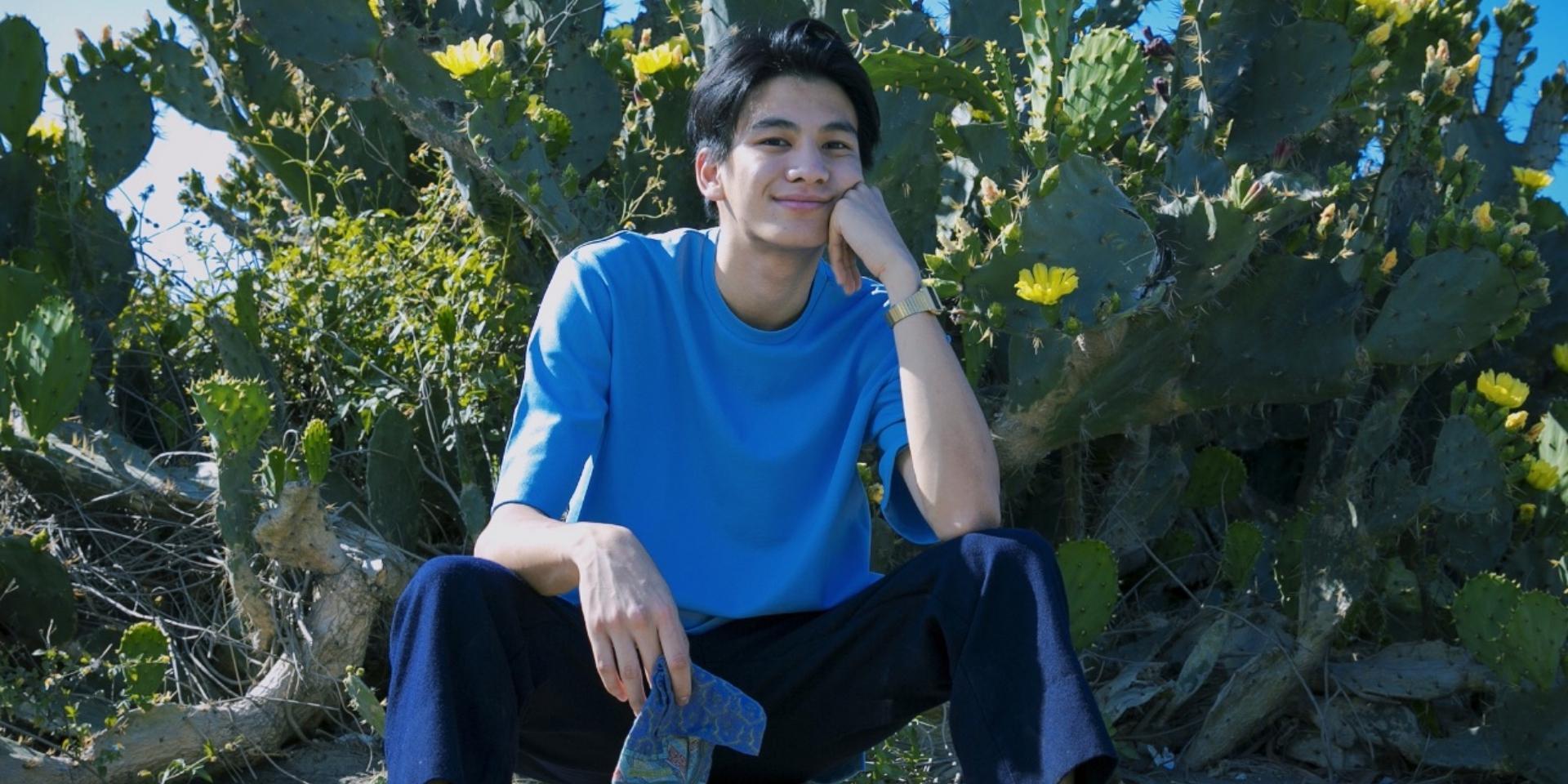 When: 15 May
Where: Esplanade Concert Hall

Thai born, New Zealand raised singer-songwriter Phum Viphurit returns to Singapore this May since his last performance in November 2018 at Neon Lights Festival. This time, he will be performing as part of the Esplanade Mosaic Music Series. The 'Lover Boy' singer will be sure to swoon and charm you all night long. 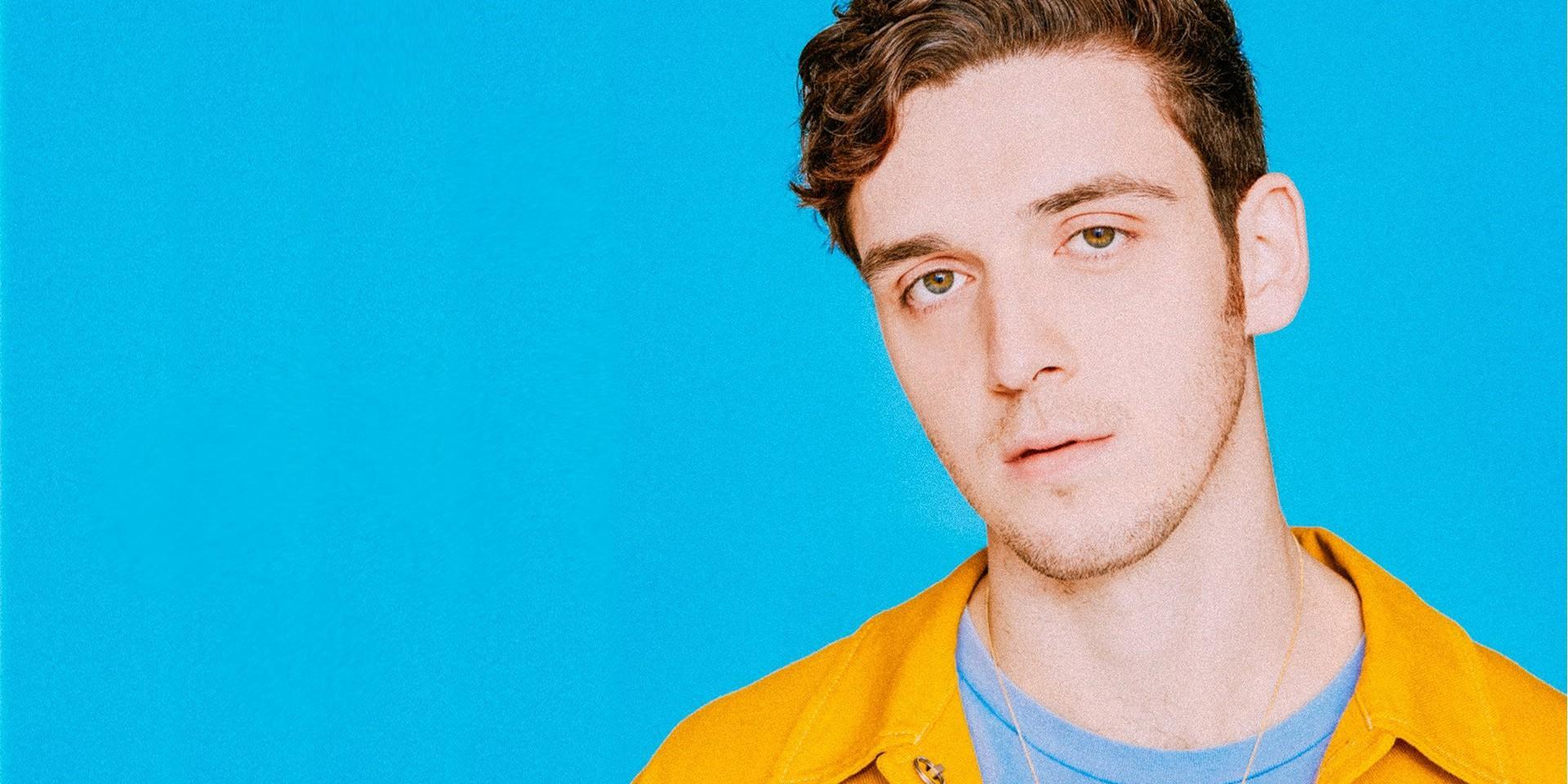 Following an opening stint with Ed Sheeran in 2017, American singer-songwriter Lauv will return to Singapore for not one, but two headlining shows. Lauv has been making waves across the globe over the past two years, having released a slew of hits including 'I Like Me Better', 'A Different Way' with DJ SNAKE and most recently, 'There's No Way' with Julia Michaels.

Tickets for both his shows are sold out. 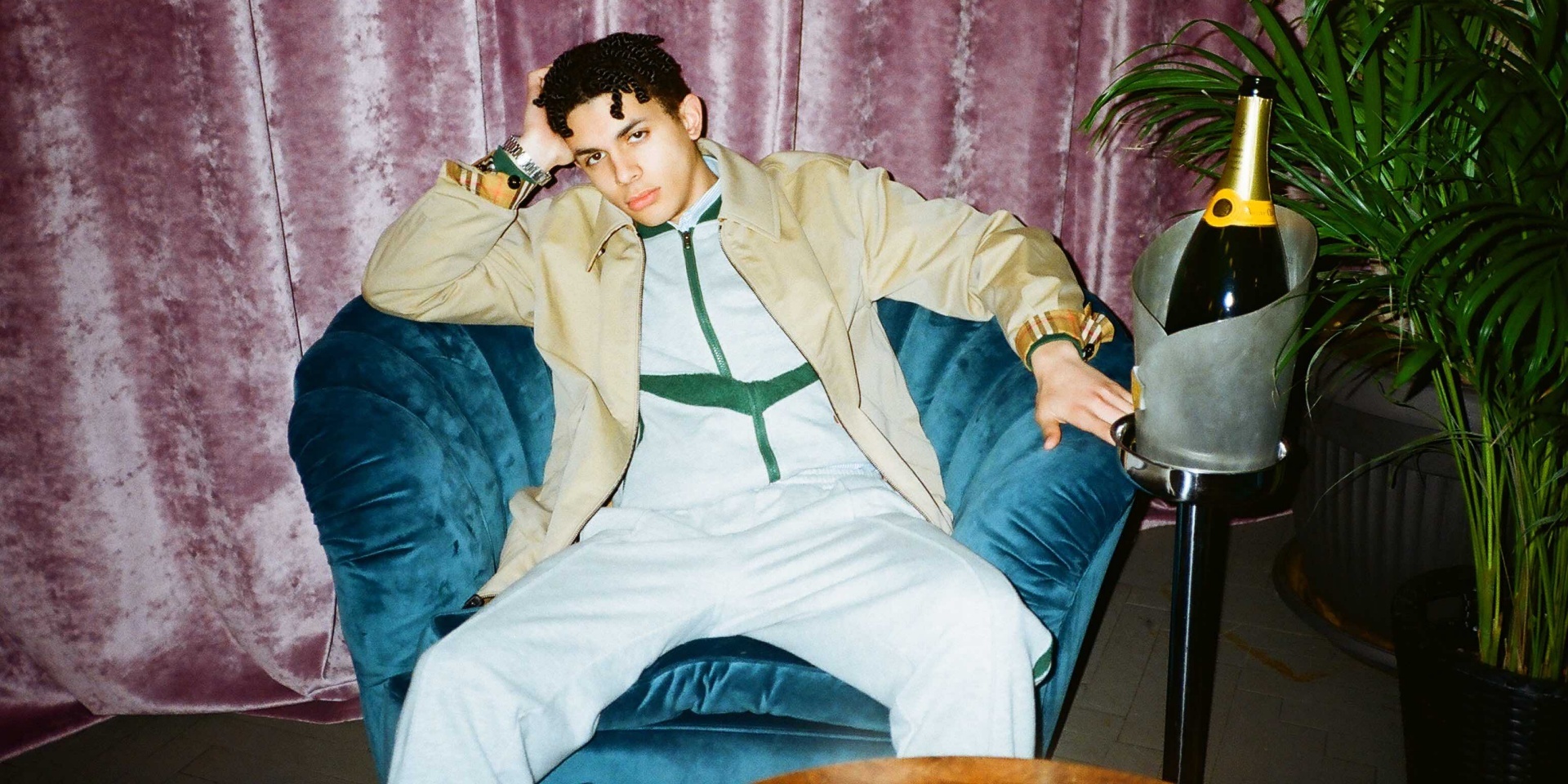 When: 16 May
Where: Kilo Lounge

Rising star Jimothy, known for his unique deadpan-style rap accompanied by lo-fi, synth-laden beats, has intrigued audiences with singles such as 2019's 'Getting Burberry Socks' and 2018's 'Getting Carjacked', to name just a few over the course of a year. Be sure to catch his debut performance in Singapore this May. 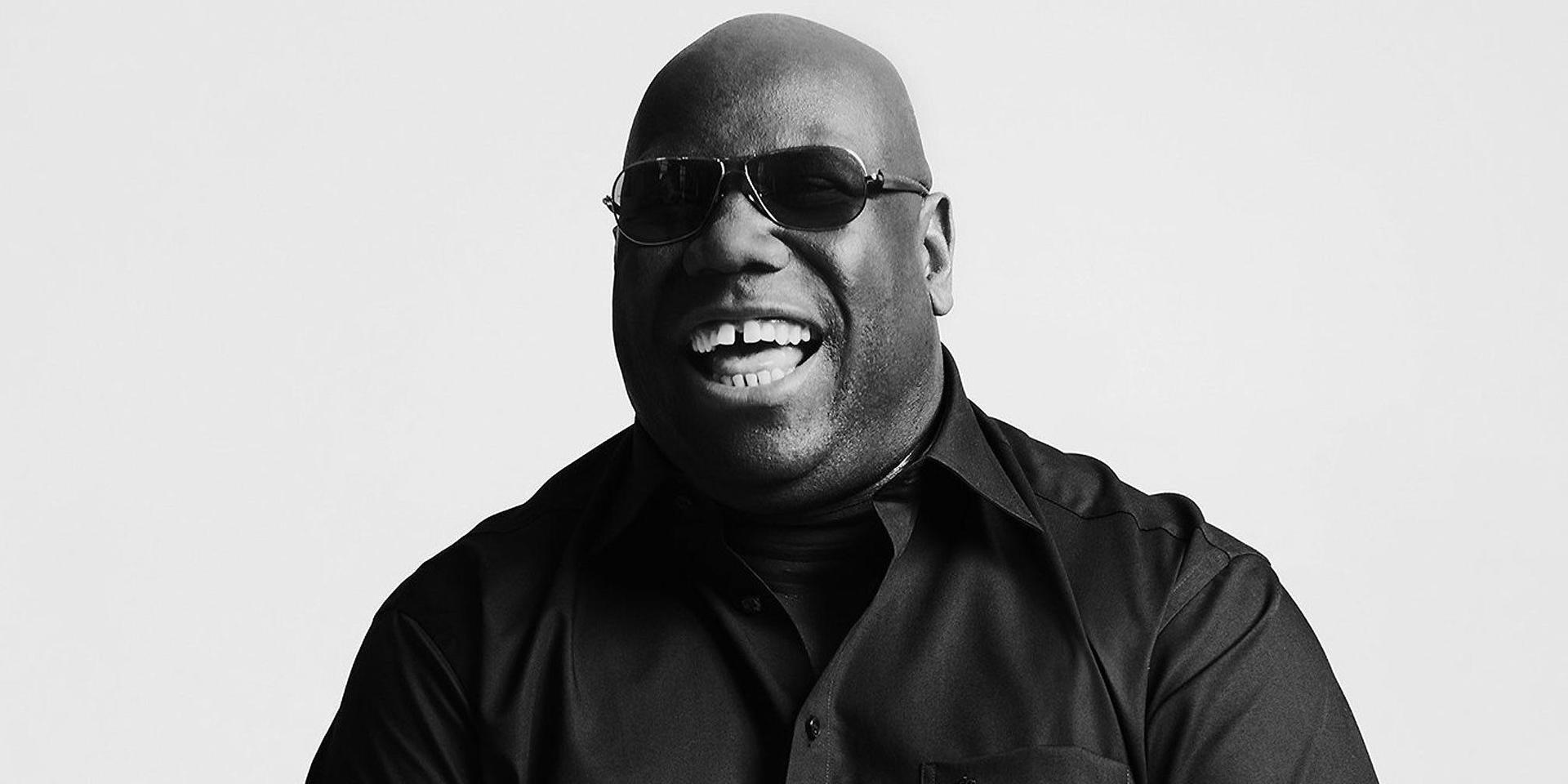 When: 17 May
Where: MARQUEE Singapore

The legendary Carl Cox is finally returning to Singapore. The DJ and producer has solidified his name as one of the world's greatest of all time, when it comes to helming the decks, even being gifted his own stage at the world famous Ultra Music Festival, titled the Carl Cox Megastructure. 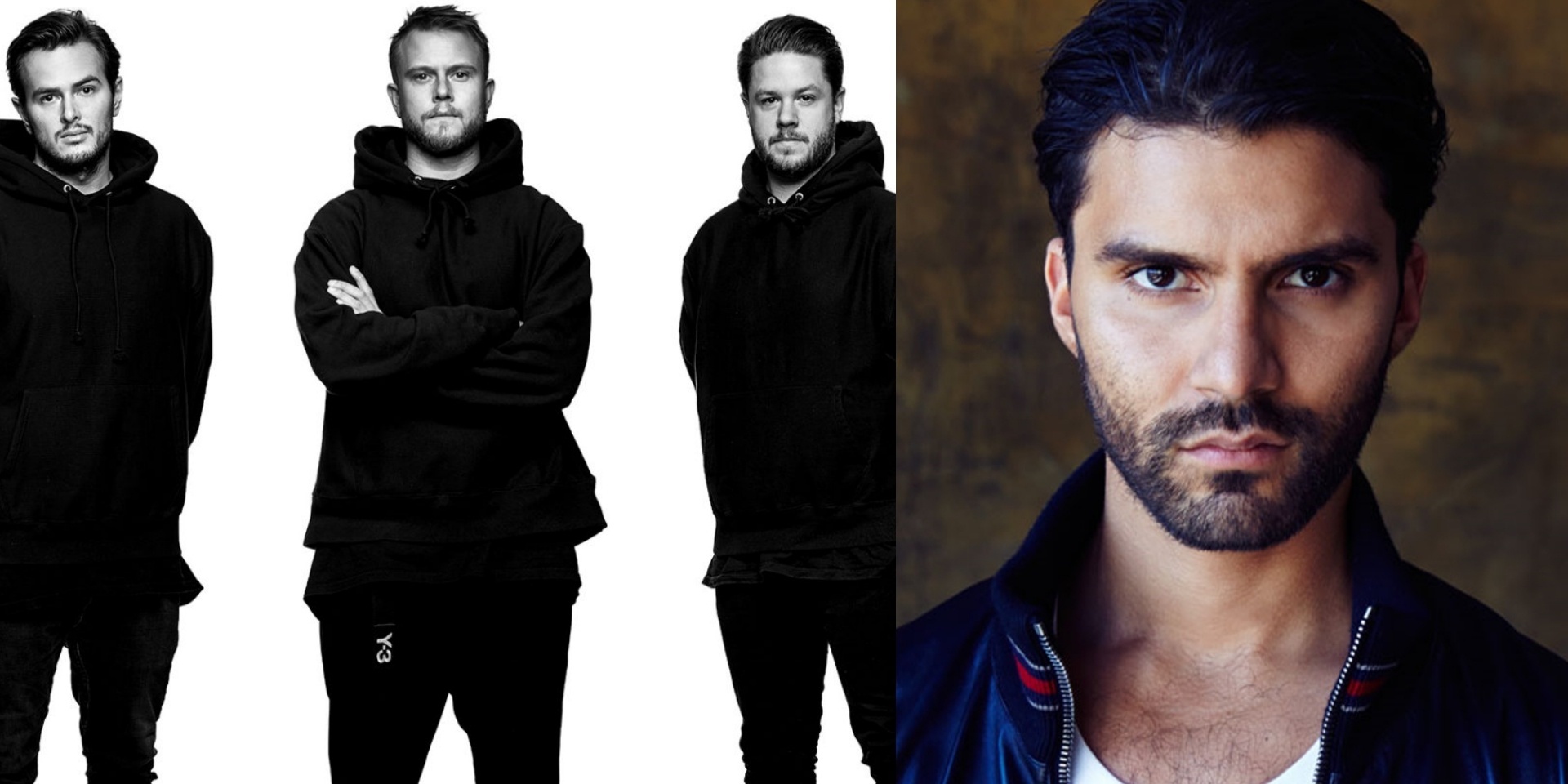 Zouk will be celebrating its 28th birthday in May and as part of the celebrations, it has curated a three-day-weekend-party. BROHUG and R3HAB will be commanding the decks on Friday and Saturday, respectively.

Tickets will be available soon. Stay tuned for updates. 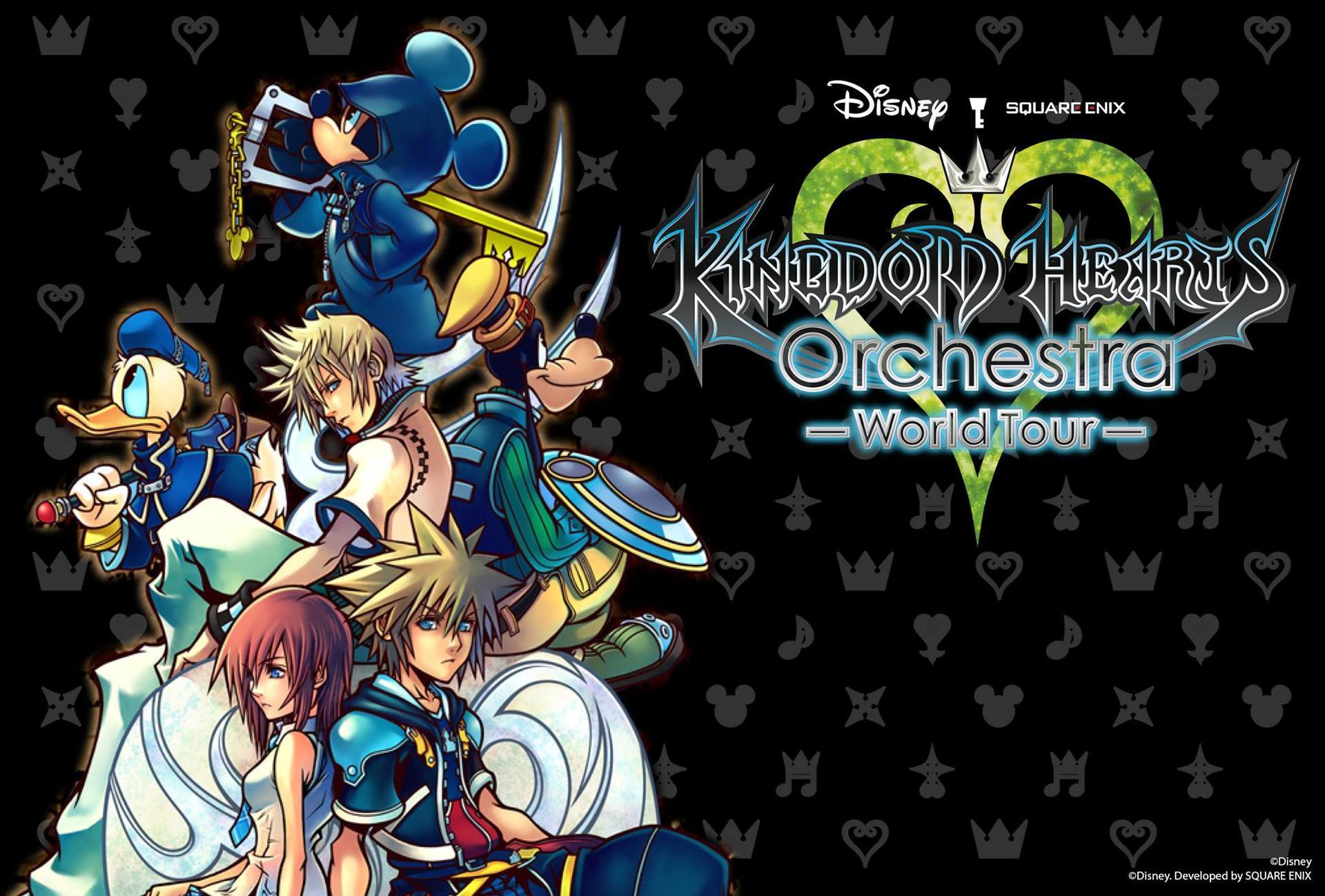 When: 18 May
Where: Esplanade Concert Hall

World-class orchestra Kingdom Hearts Orchestra will be coming to Singapore to bring the soundtrack of Kingdom Hearts to life. Developed by Disney and SQUARE ENIX, the game is now in its third series with a whole new soundtrack to boot. Come and witness a fully immersive experience of one of the world's most popular games and the music that shaped the game to perfection. 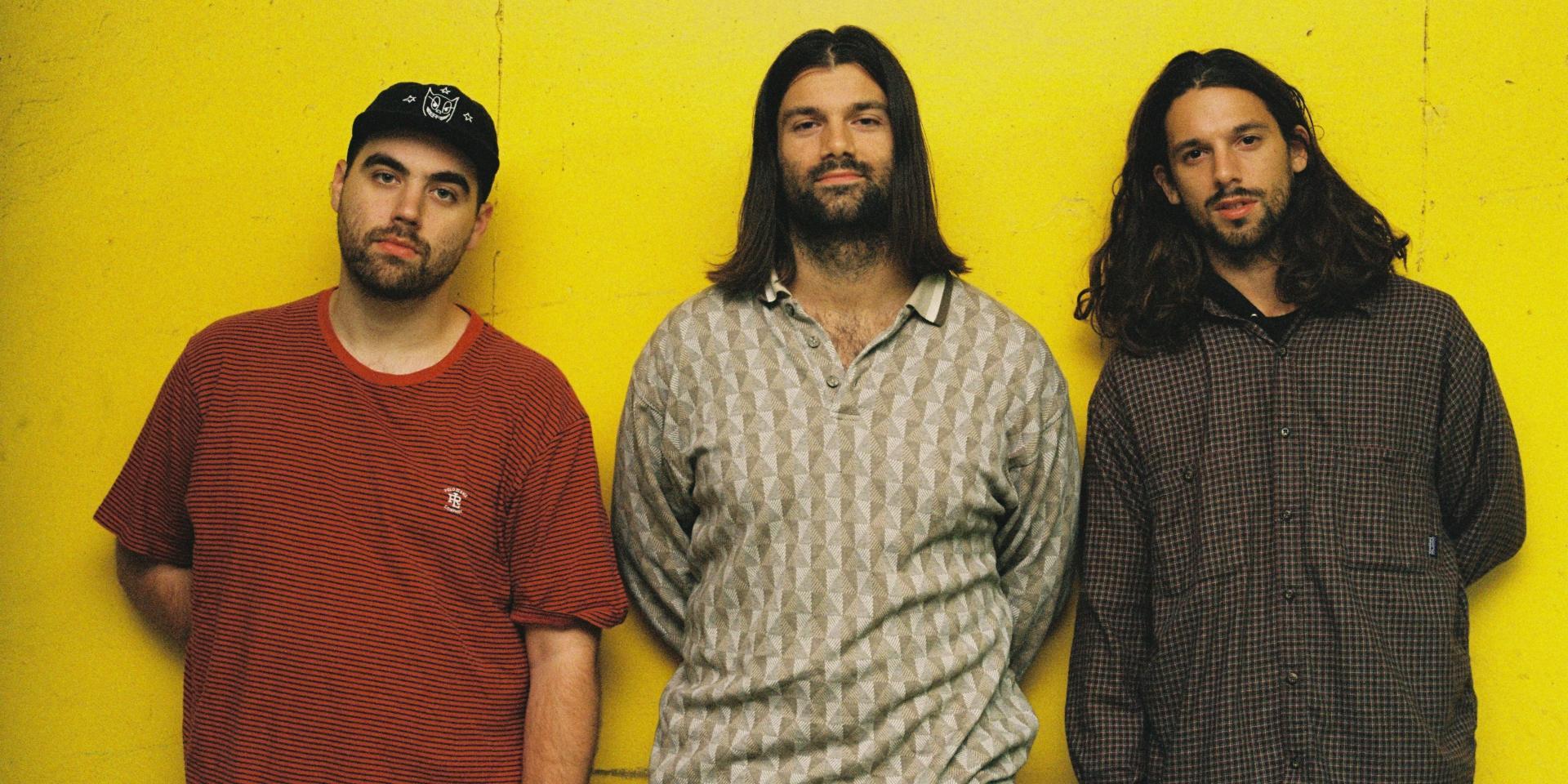 When: 19 May
Where: The Pavilion

As part of Bandwagon's 8th birthday celebrations, we're pleased to announce that we'll be ushering in omo/dream-pop trio Turnover! This stop in Singapore will see the band touring behind its critically celebrated third album 2017's Good Nature, which was crucially inspired by Frank Ocean. This will undoubtedly be an epically cathartic night. 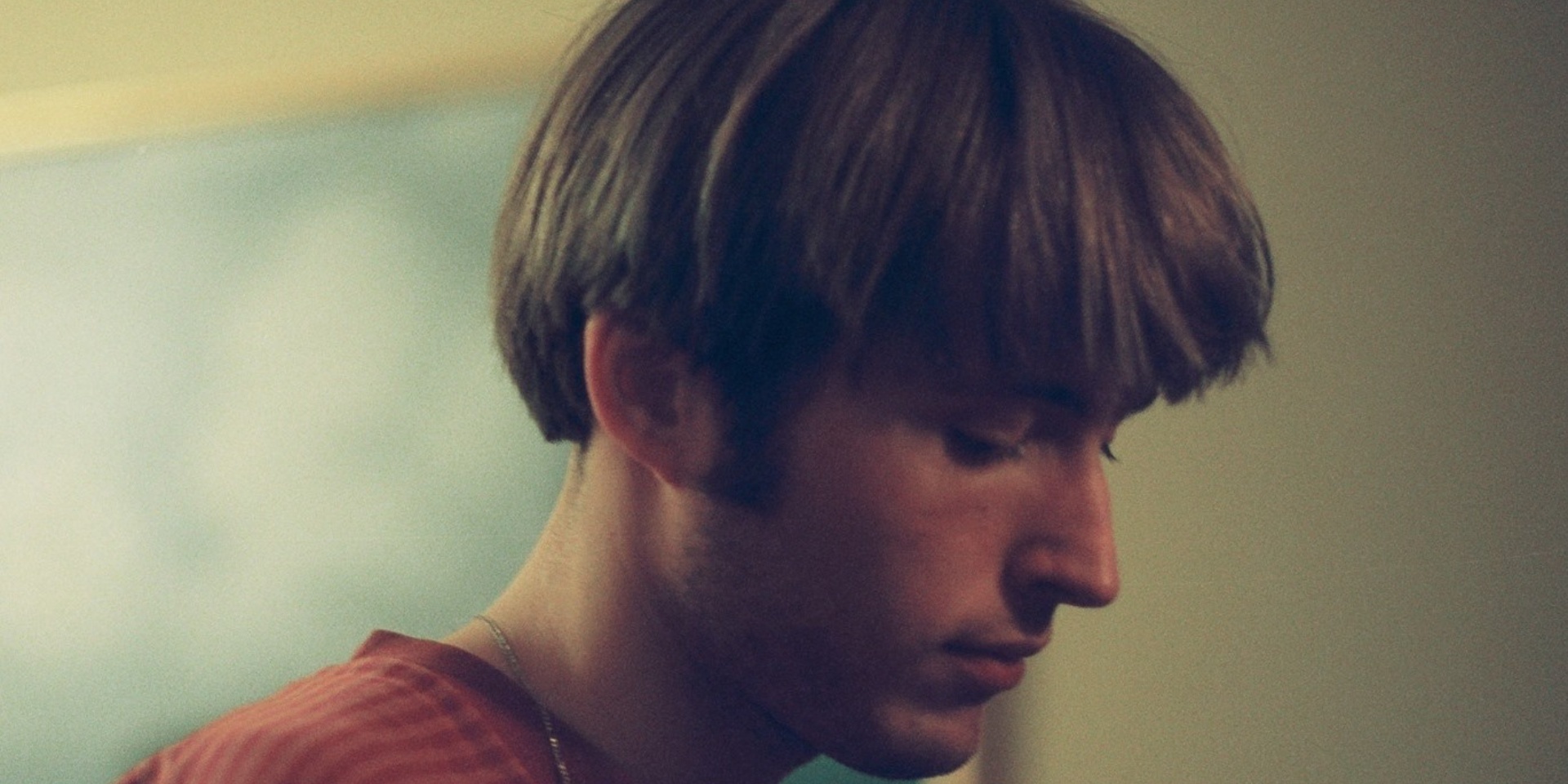 When: 20 May
Where: Pavilion at Far East Square

Norwegian bedroom-pop artist Jakob Ogawa will be performing in Singapore this May, thanks to local promoter Symmetry Entertainment. Known for his dreamy and lush vocals, Ogawa has stirred the hearts of many ever since his debut single 'You'll Be On My Mind'. He has since released a debut EP, Bedroom Tapes, in 2017, to critical acclaim. Get ready for a night of sensual, lo-fi goodness. 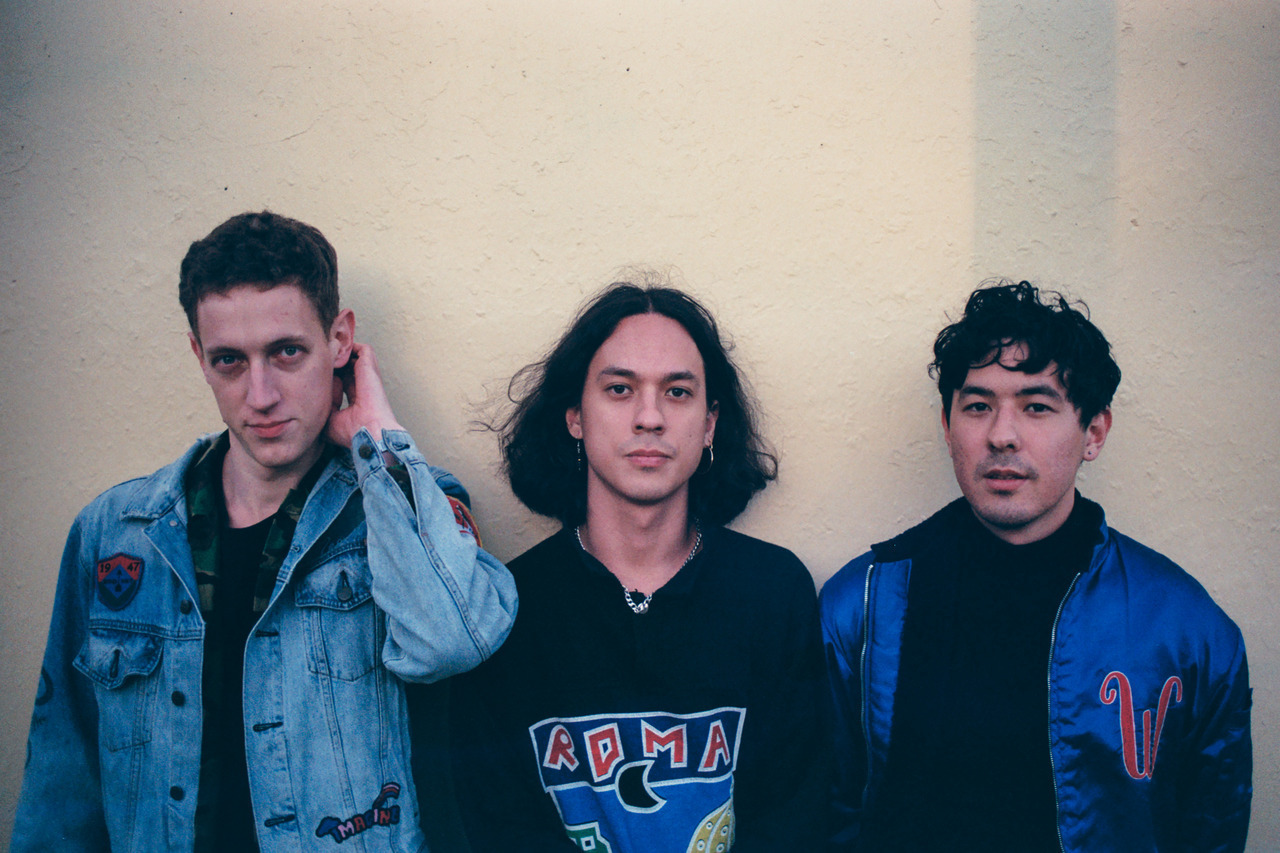 Australian indie rock band Last Dinosaurs will be touring Asia and has announced that Singapore will be one of its stops. Its brand of rhythmic dance rock has caught the attention of many ever since its debut album In A Million Years in 2012. With its first date in Singapore sold out, don't miss your chance to catch them at its newly added second show. Before you head down, check out our interview with Sean Caskey here.

Get your tickets for its second date here. 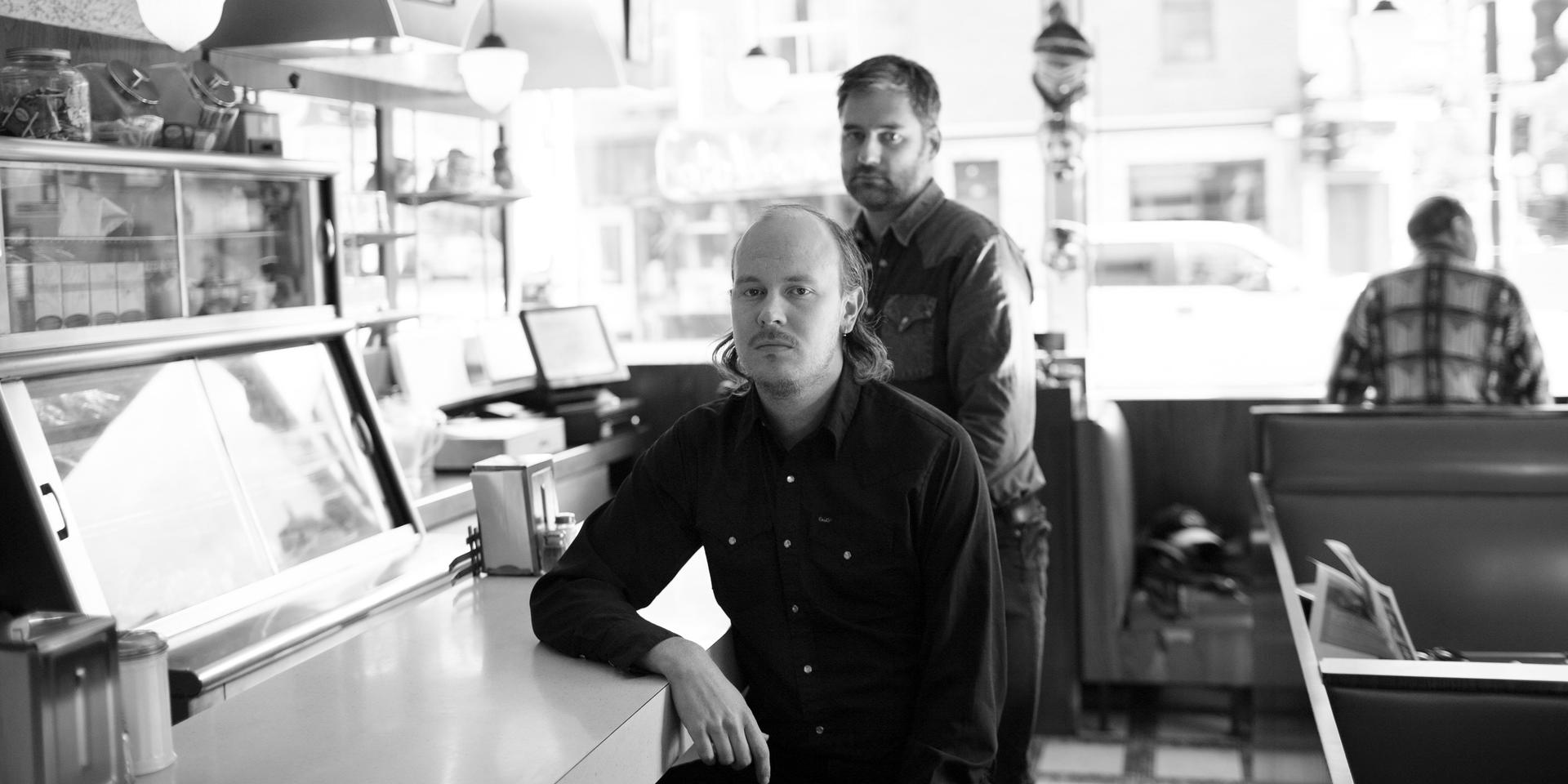 When: 23 May
Where: The Substation Theatre

Canadian psychedelic folk band Timber Timbre will make its debut in Singapore this May. The band's sound has been described as "an aesthetic rooted in swampy, ragged blues" and "beautifully restrained blues from an alternate universe". This one-night-only show is guaranteed to the a other-worldly experience. 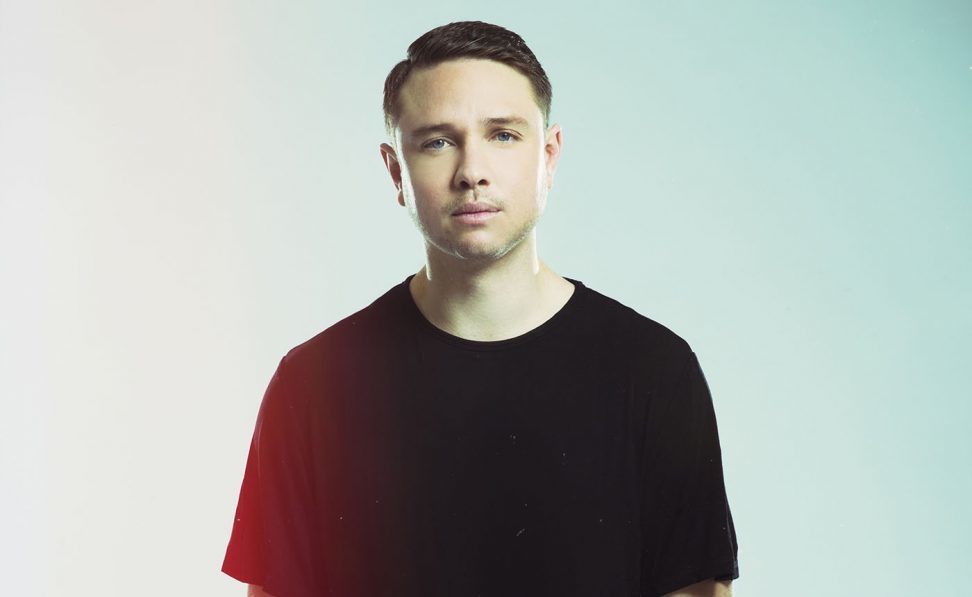 When: 24 May
Where: Marquee Singapore

Borgeous is coming to Singapore. Party the night away with one of the three men behind 'Tsunami', the track that made waves in 2013 upon its release. pun absolutely intended. 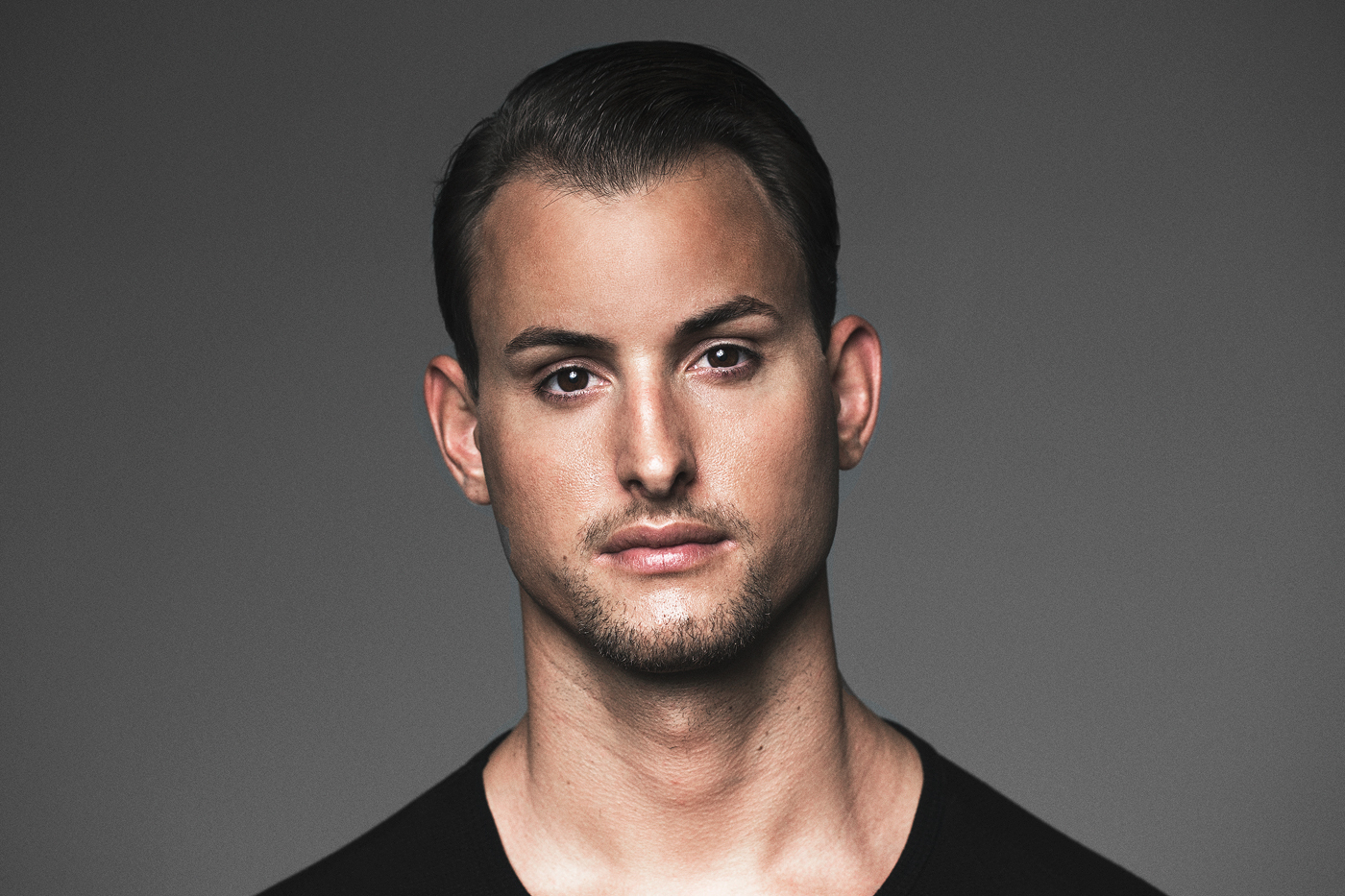 When: 25 May
Where: Marquee Singapore

The famed electro-house and big room DJ has spun at some of the world's biggest festivals, including Tomorrowland for several years now. With his eclectic sound and impeccable onstage presence, MAKJ's set at Marquee is one you wouldn't want to miss. 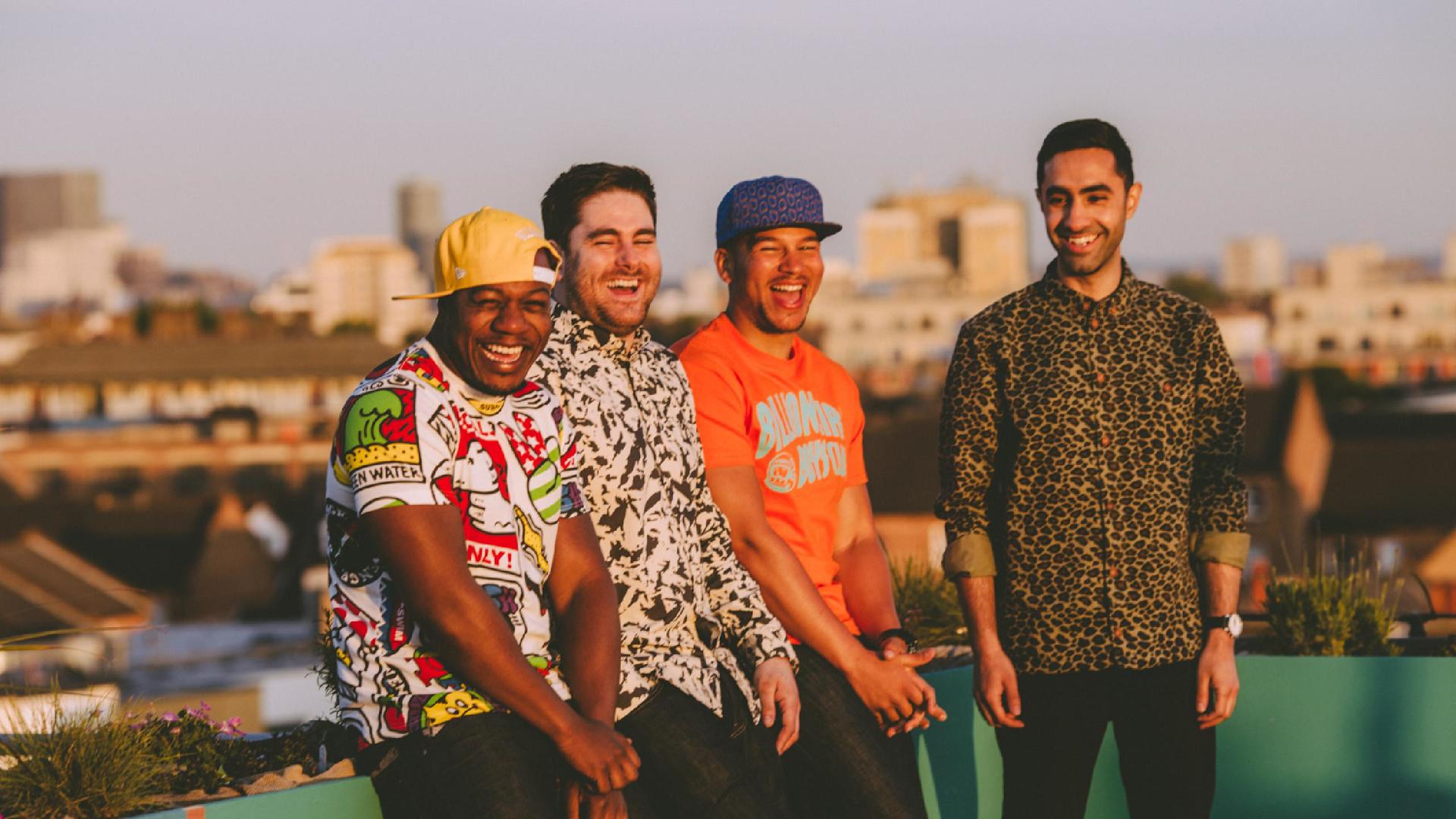 When: 25 May
Where: Sentosa Island

AIA Glow Festival will be making its grand debut with a stellar musical lineup, with these three confirmed acts, English drum and bass band Rudimental, Belgian DJ/producer Lost Frequencies and Singaporean pop band The Sam Willows. This single day health and wellness festival will be good time to nourish both your body and soul, so grab your friends and participate in activities such as yoga while bopping to feel-good music. And with more acts to be announced, its first edition is shaping up to be a spectacular one. 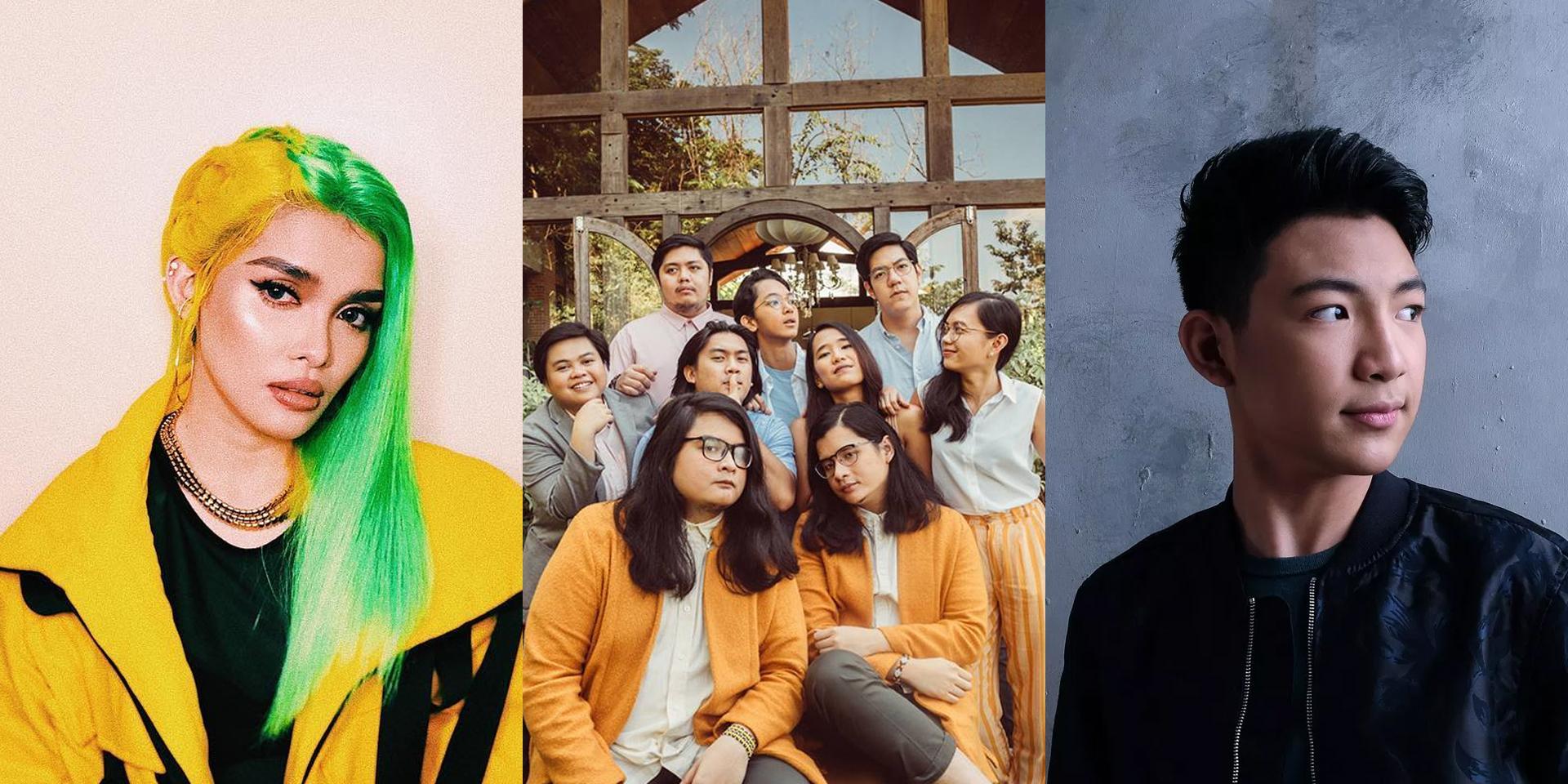 When: 26 May
Where: *SCAPE Playspace 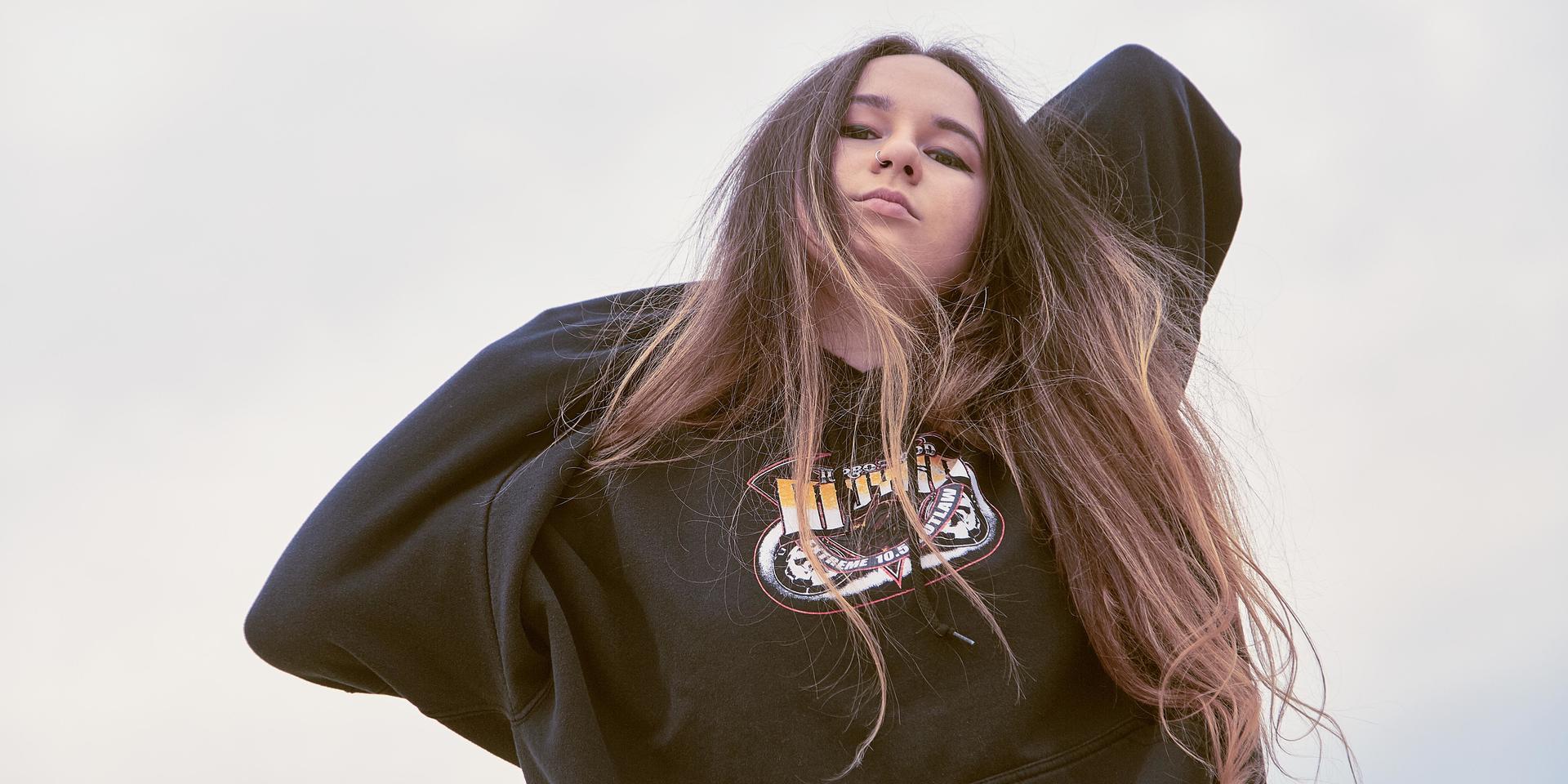 When: 29 May
Where: Kilo Lounge

Rising Australian singer and rapper MALLRAT will make her way to Singapore this May. She made waves in 2018 for her critically celebrated sophomore EP In The Sky, as well as performed at music festival Splendour In The Grass and South by Southwest. 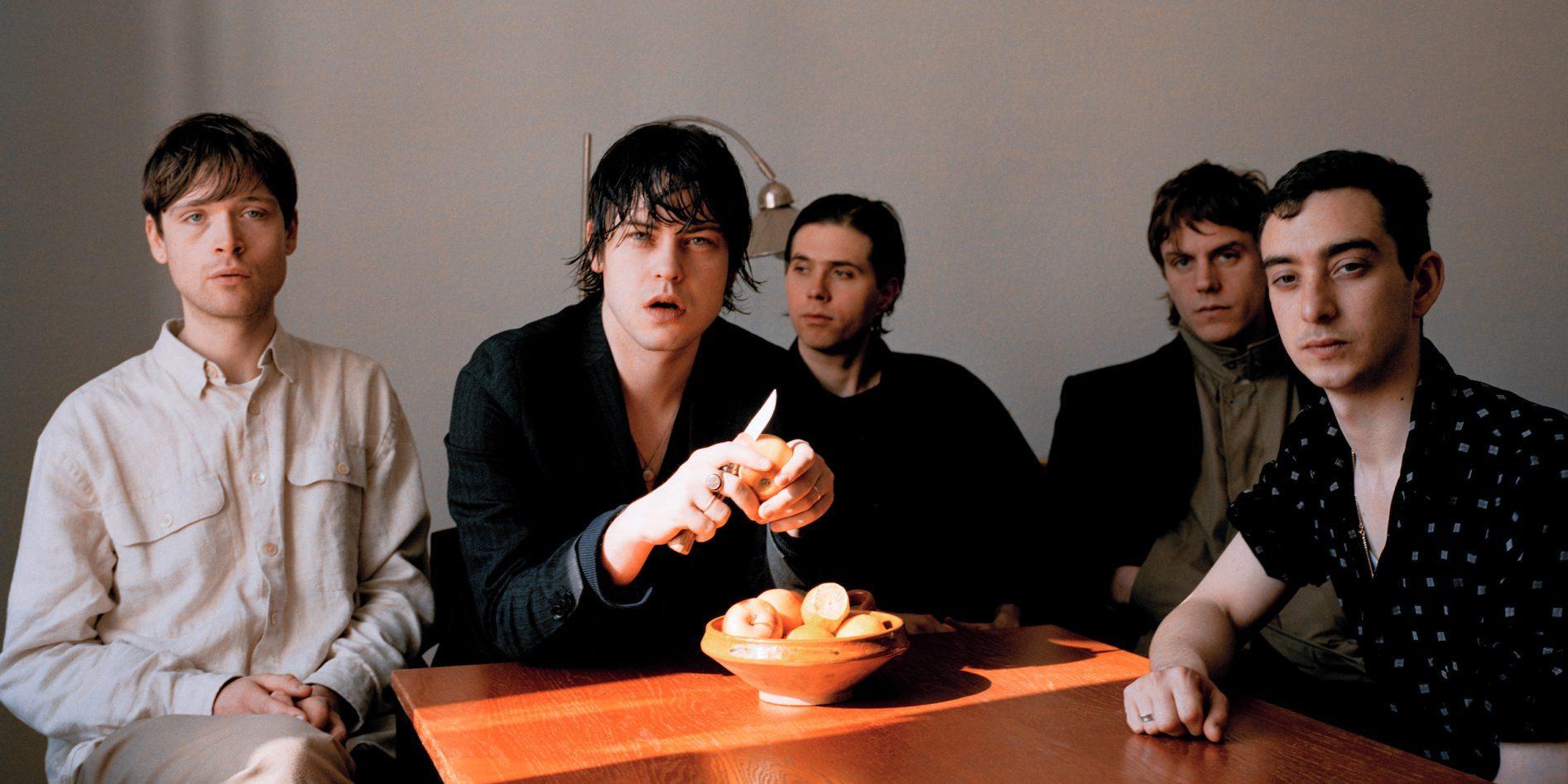 When: 31 May
Where: Decline

The Danish quintet, led by frontman Elias Bender Rønnenfelt, has been one of the most progressive guitar-centric acts of the past decade, melding punk, post-punk and noise into a bewitching, next-level thrall. The band's set here will most undoubtedly be an immense one. 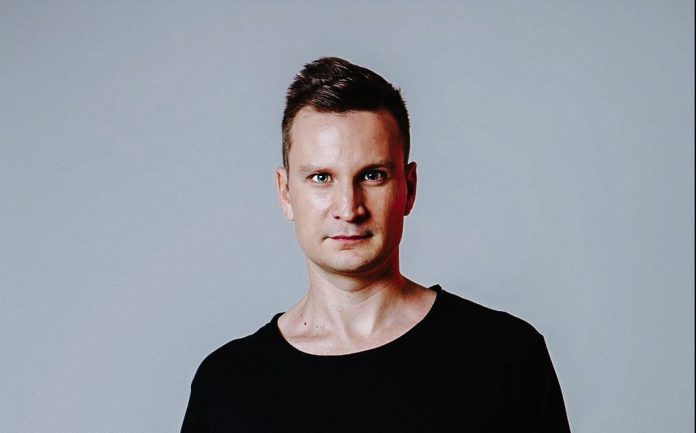 When: 31 May
Where: Marquee Singapore

Dutch trance phenom MaRLo is set to return to Singapore for the first time since his sold out headlining set at Zouk in 2018. This time, helming the decks at Marquee Singapore, the famed DJ will take partygoers to a whole new world with Marquee's unbeatable sound and lighting set up.