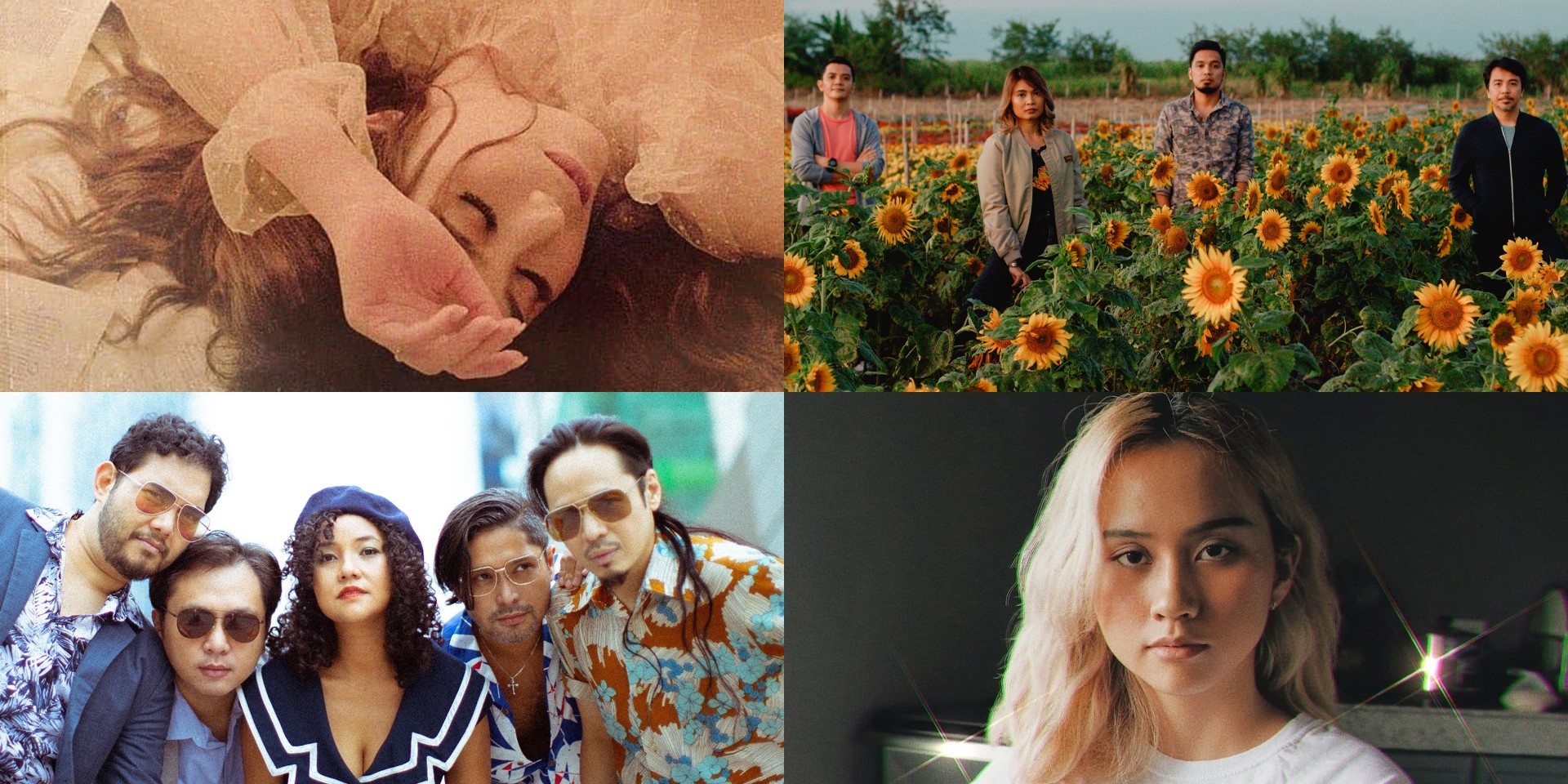 So much has happened over the past few days, but now it's finally time to kick back and mosh at Wanderland: Home Court and Billie Eilish and Joji's online concerts.

This week, we saw SB19 and ARASHI fans team up for the ultimate streaming party, Reese Lansangan share teasers about her upcoming Playing Pretend in the Interim EP, the return of Us-2 Evil-0 to the scene, and Slapshock's untimely disbandment.

Check out new releases from the likes of Moira Dela Torre, Ruru, Moonstar88, Gracenote, and more below.

In anticipation of her latest single 'Paubaya' off of Patawad, Moira Dela Torre invited fans to share their stories of waiting. Now that the new track is here—along with a lyric video starring her dog Caramel—the Twitterverse is flooded now with sentimental stories.

Us-2 Evil-0 are back with 'Karaoke Machine,' their first offering in 11 years, via Island Records Philippines. The new track was produced by Mikey Amistoso, who also produced their 2009 debut album Dirty Debutantes.

"'Karaoke Machine' is actually inspired by the 'My Way' murders,” Wincy Ong reveals in a statement. “There’s a phenomenon in the Philippines where people get shot over who gets to sing 'My Way' during drunken karaoke sessions. We wanted to do a song that everyone could sing and dance along to, and maybe if they eventually researched about the song, they’d go ‘OMG what?!’”

Apartel has finally unveiled the music video for their track 'Pre-Loved' off of their sophomore album Full Flood. The track features singer Zia Quizon and was mixed and mastered at Crow's Nest Studio.

Moonstar88 look back at a moment from when a fan requested for 'Migraine' at a show, but mistakenly wrote 'Migration' on a paper napkin, for their latest tear-jerking single.

Ruru is back and wants to know what you wanna do now with the release of her latest single 'WYWD.'

BBS x Gracenote - 'It's Okay to Not Be Okay'

Gracenote teamed up with BBS for 'It's Okay to Not Be Okay,' a new upbeat song inspired by the Korean drama of the same title.

Cebu-based artist The Midnight Greetings dives into the feeling of loneliness after losing track of time with the release of his single 'Youth' via Lilystar Records.

Filipino rapper/producer Nobrvnd teamed up with CHELLY for the release of 'Sinayang,' a hip-hop track that urges listeners to not sulk over wasted relationships, via Warner Music Philippines.

It might've been a while (no thanks to a certain pandemic), but Devices are here now with their single 'Setup and Punchline.'