But it would be remiss of us not to celebrate the best musical memories of 2019, which brought with it a suite of legitimately impressive performances from across the spectrum of genre. There were returning heroes, long-prayed-for, bucket-list-fulfilling names and head-turning first-timers. At arenas, intimate spots and all the venues in between, shows were staged that were unquestionably powerful and high-impact, which, in distinct ways, raised the bar for what's to come.

Below, we remember the 16 best shows of the year. 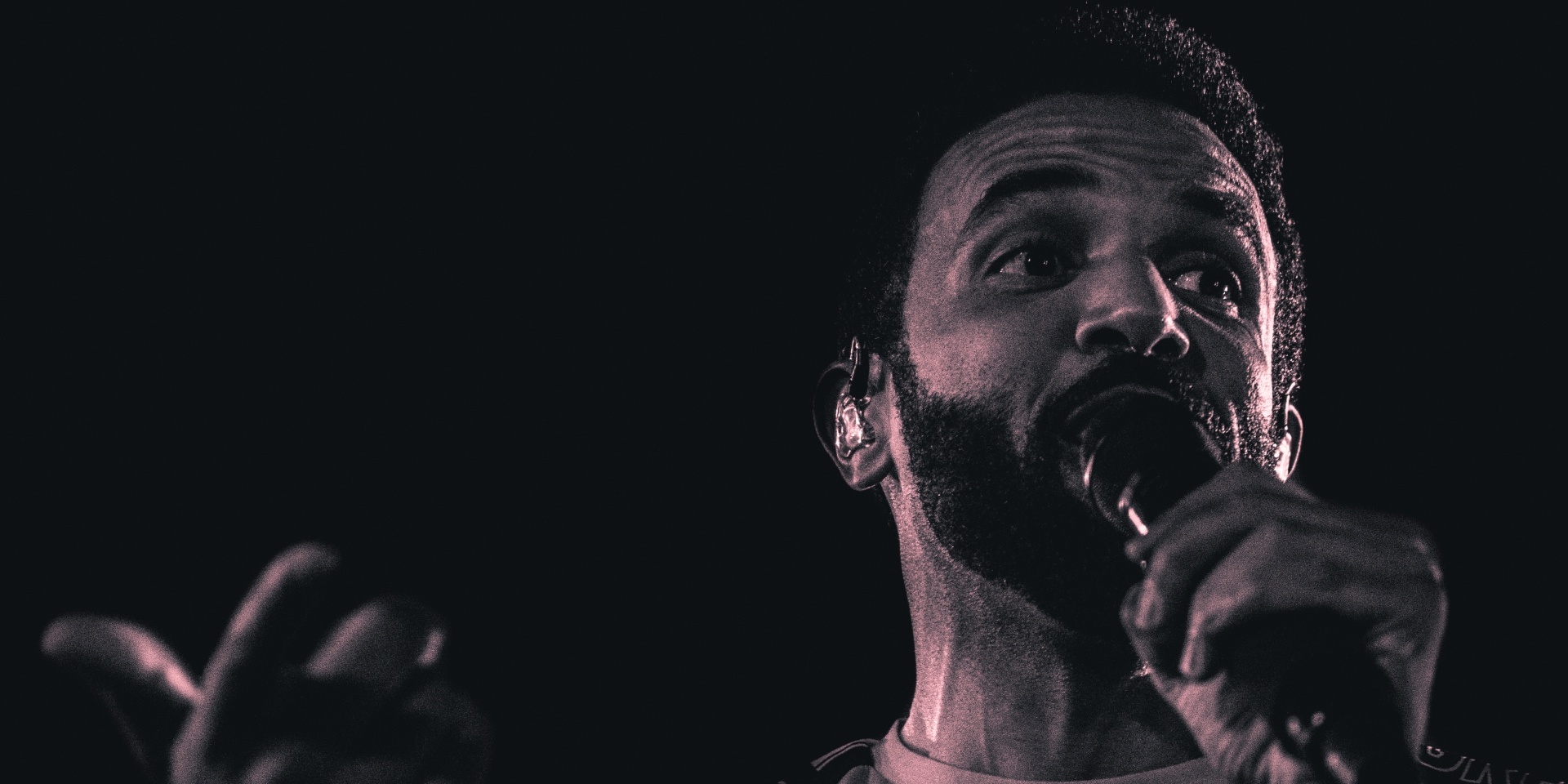 Christened after David’s apartment in Miami, Tower Suite 5, this party format began as intimate DJ sets he played for guests he hosted at his weekly house parties. Then, it became global. Also, commandeering the decks isn’t a new skill David picked up – it’s what he started with before he became a 6X platinum R&B god. He could’ve easily played a ballad-drenched set with a full band like the lothario-godfathers of the sound, and come off as the preeminent Valentine’s Day attraction. Instead, he treated us to TS5, a tradition that is entirely his own. 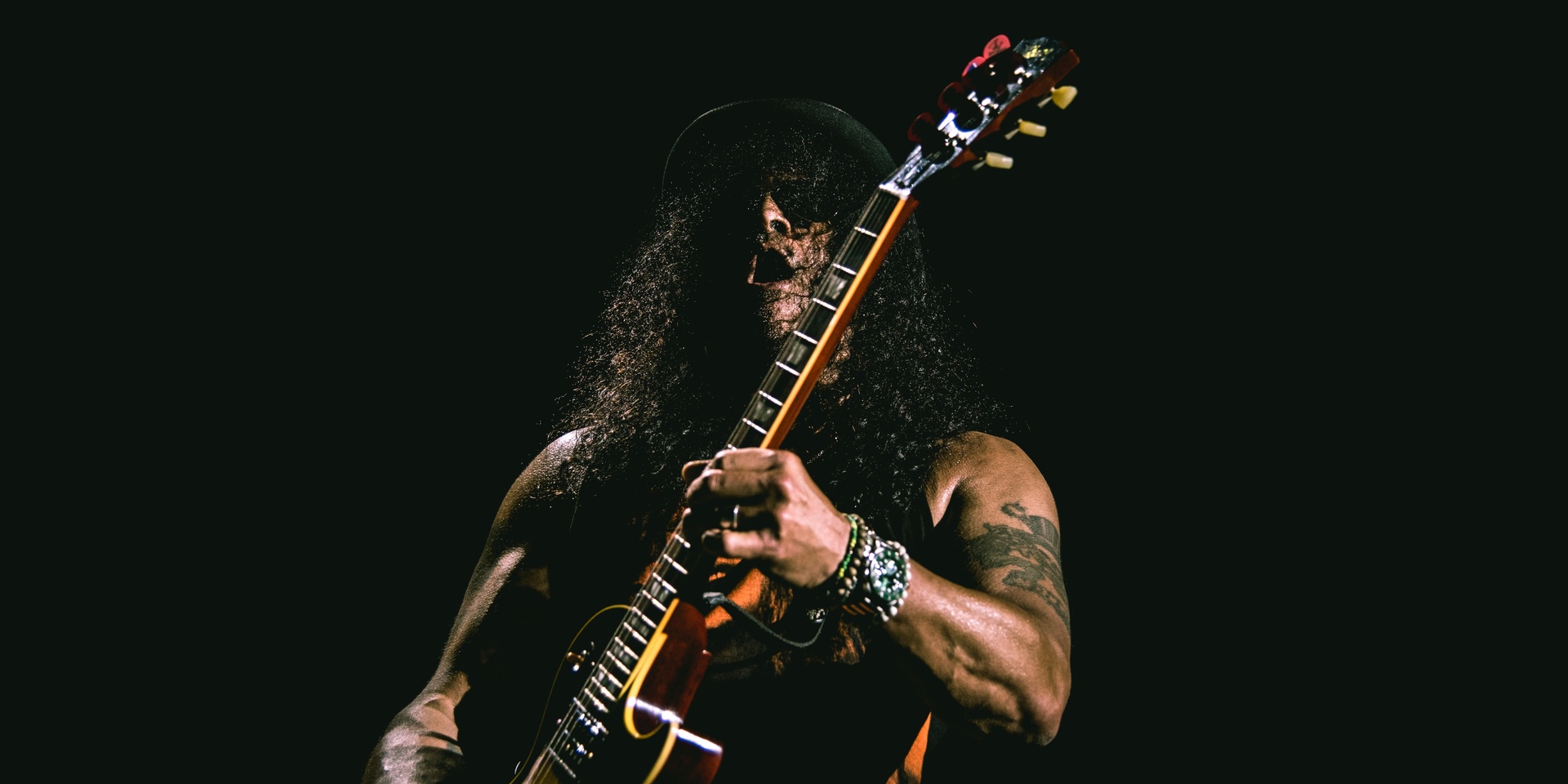 Some things cannot be denied. Like, that, rock ’n’ roll, despite suffering a glaring ebb in popularity as the zeitgeist remains enamoured of the twinned currents of hip-hop and populist dance music, will never die. Like, that, Slash is, and has been, for a long time, a living rock legend, an upper-echelon guitar god whose place in the pantheon is esteemed, solidified and nonpareil. At The Coliseum, Slash and his backing band, Myles Kennedy and The Conspirators, delivered a performance that spoke as testament of those undeniable, self-evident truths. The sounds were stratospheric; the guitar solos lush and abundant; the grooves voluptuous; the energy infectious and the mood electric. This was a rare rock show: It was history lesson by masters of the form. 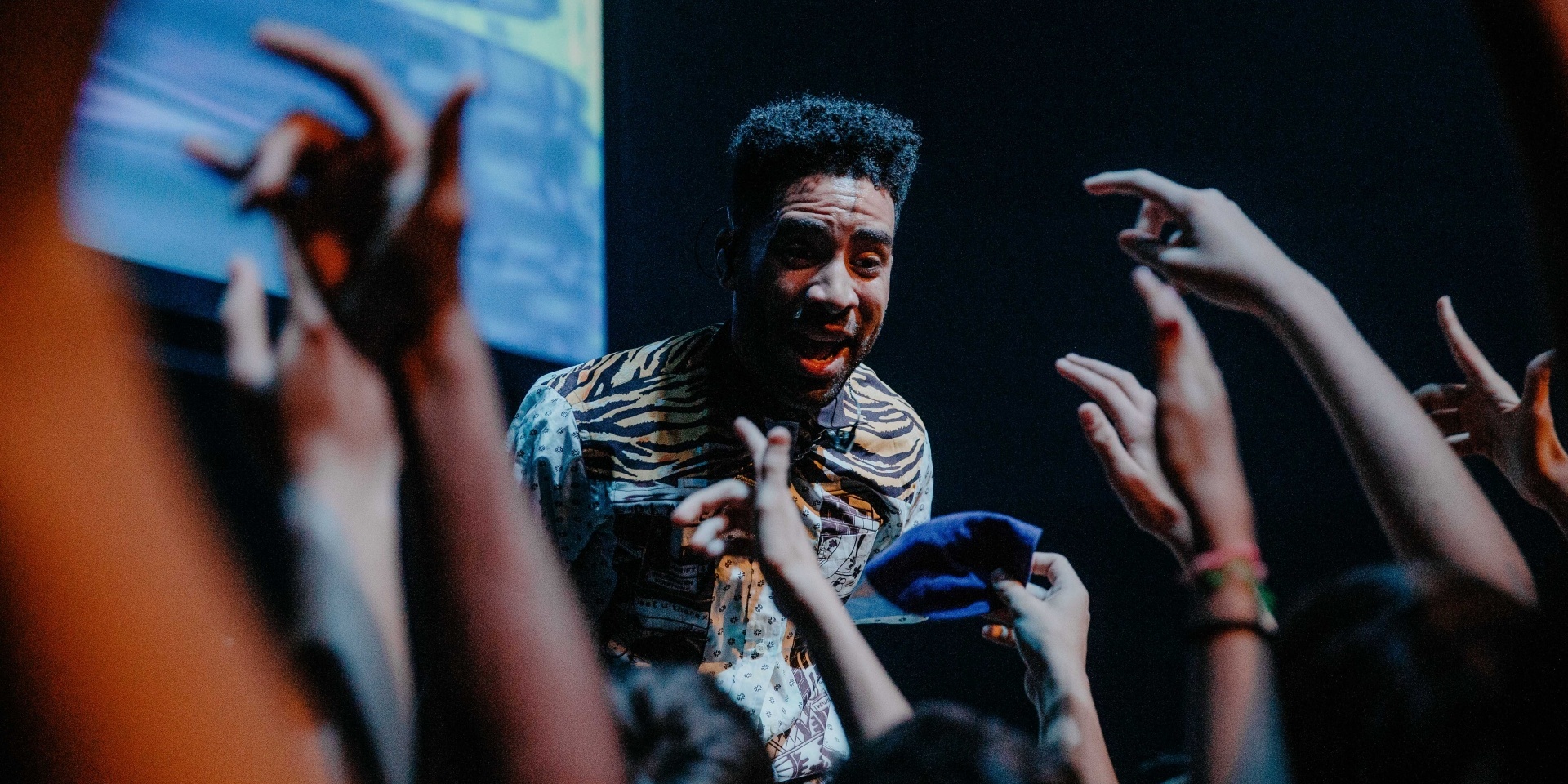 If you take omnipresent personalities like Migos and Future as benchmarks of what a rapper is supposed to be, KYLE stands apart as an anomaly. Besides a gold chain with an emphatically playful Game Boy pendant, there is no bling-ready jewellery on him. He also doesn't wear shades indoors. But these aren't as distinctive as the fact that he never exudes any cooler/swaggier-than-thou airs. He's one of those people whose smile is a boundary-breaking equaliser that makes you want to root for him, whose instant likeability owes to the fact that his down-to-earth-ness is fundamental to who he is. Gathered there to celebrate him, the crowd was aware of these truths. And when it entered his playground of sounds, it was correspondingly joyous. 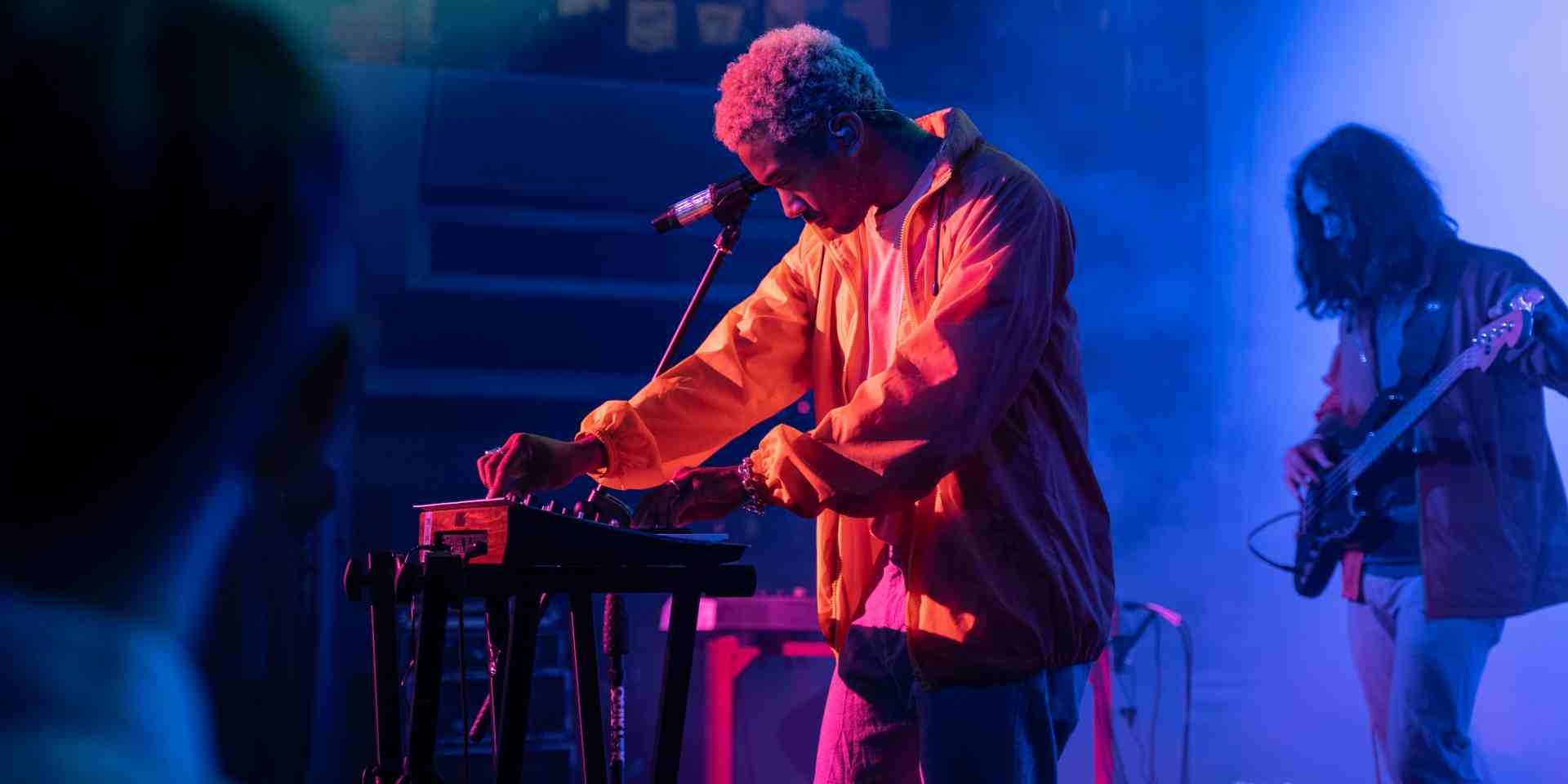 On the first day of the eighth month of 2019, Chaz Bundick and his three-piece band threw a midweek dance party at The Pavilion @ Far East Square, that suffused the full-house in spectral, colouristic good vibes with music that was nostalgic at its emotional core but propulsive and forward-looking in its outlook.

Though the Toro y Moi endeavour is a decade-plus old, now, it’s also utterly contemporary. Since his debut single ‘Blessa’ entered the ether, Bundick has carved a lane splitting the the difference between indie pop and dance music of a house-y shade. R&B has been the fertile conceptual soil on which this dialectic occurs. Live, this translateed into a groove-forward party with remarkably soulful essence. 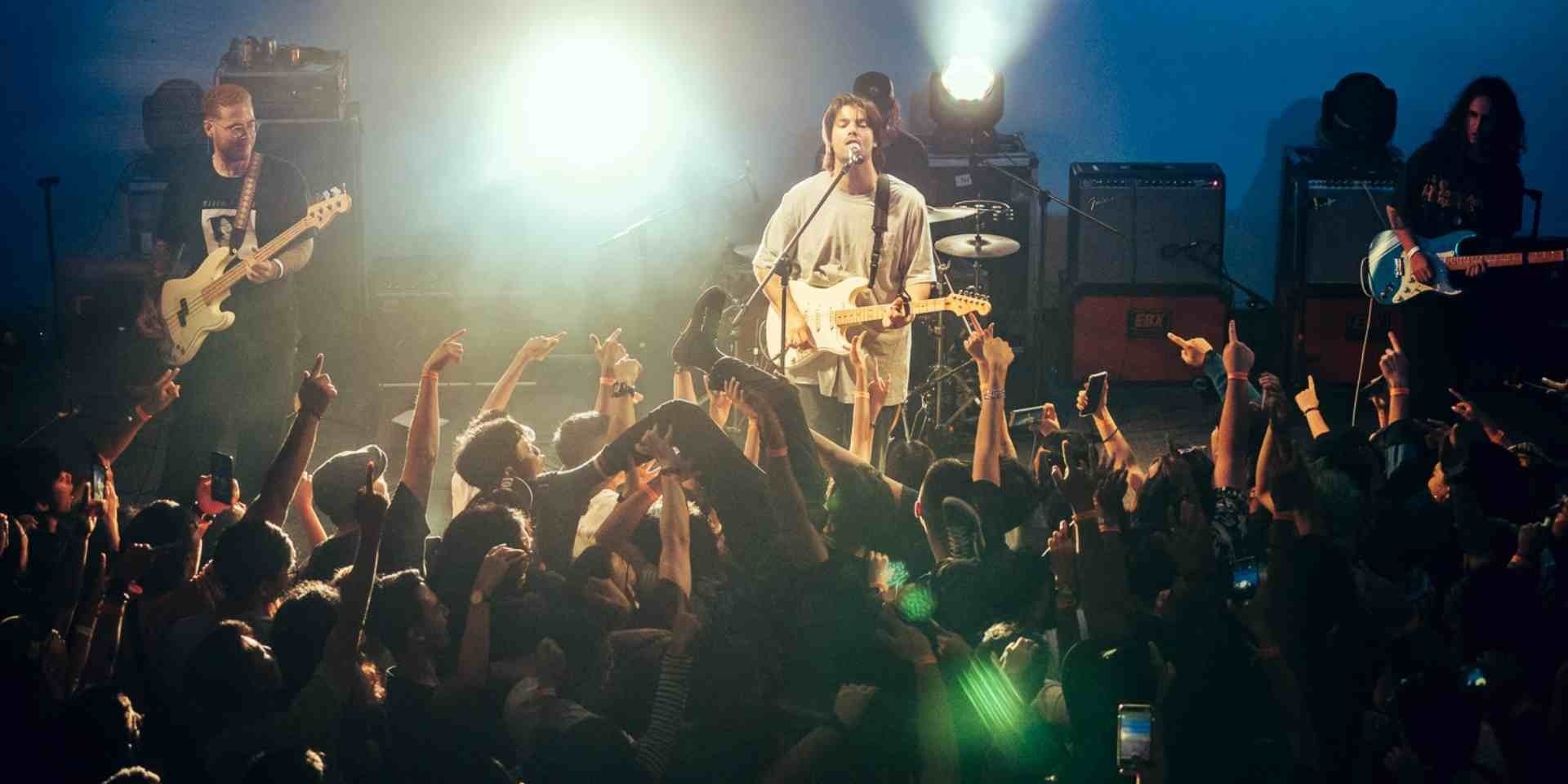 Unfurling the spectral splendour of its catalog, including its 2017 album Good Nature, which released only after its first show here, Turnover was spellbinding. Summoning gorgeous melodies and propulsive grooves, the band balanced sky-parting ethereality and red-blooded urgency with poise and power. 'Cutting My Fingers Off', 'Dizzy on the Comedown' and 'New Scream' formed the trinity of favourites the band performed for its grateful flock. 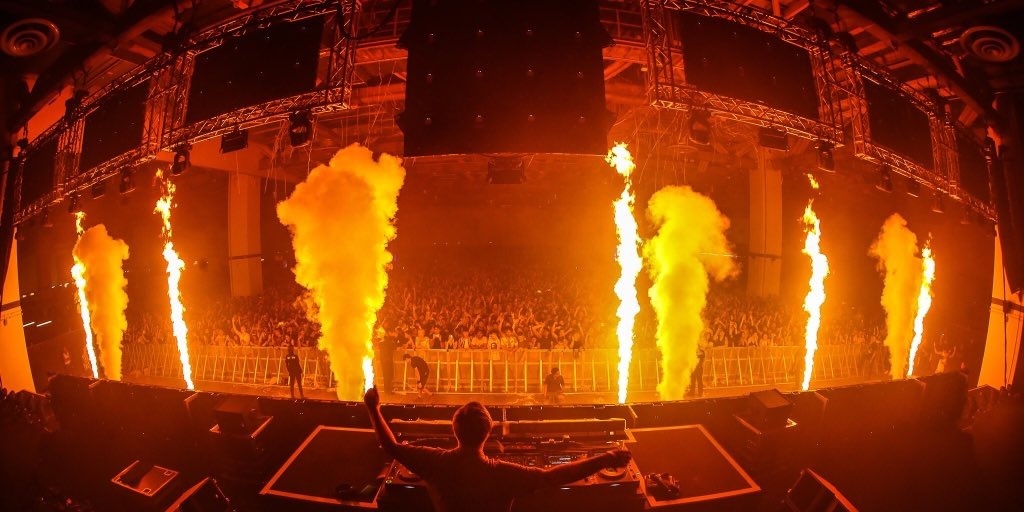 For many, Kayzo's set was the highlight of Ultra Singapore 2019. He was, after all, one of, if not the best performer on the line-up. His set was nothing short of electrifying, with hard-hitting tracks that won the crowd over. 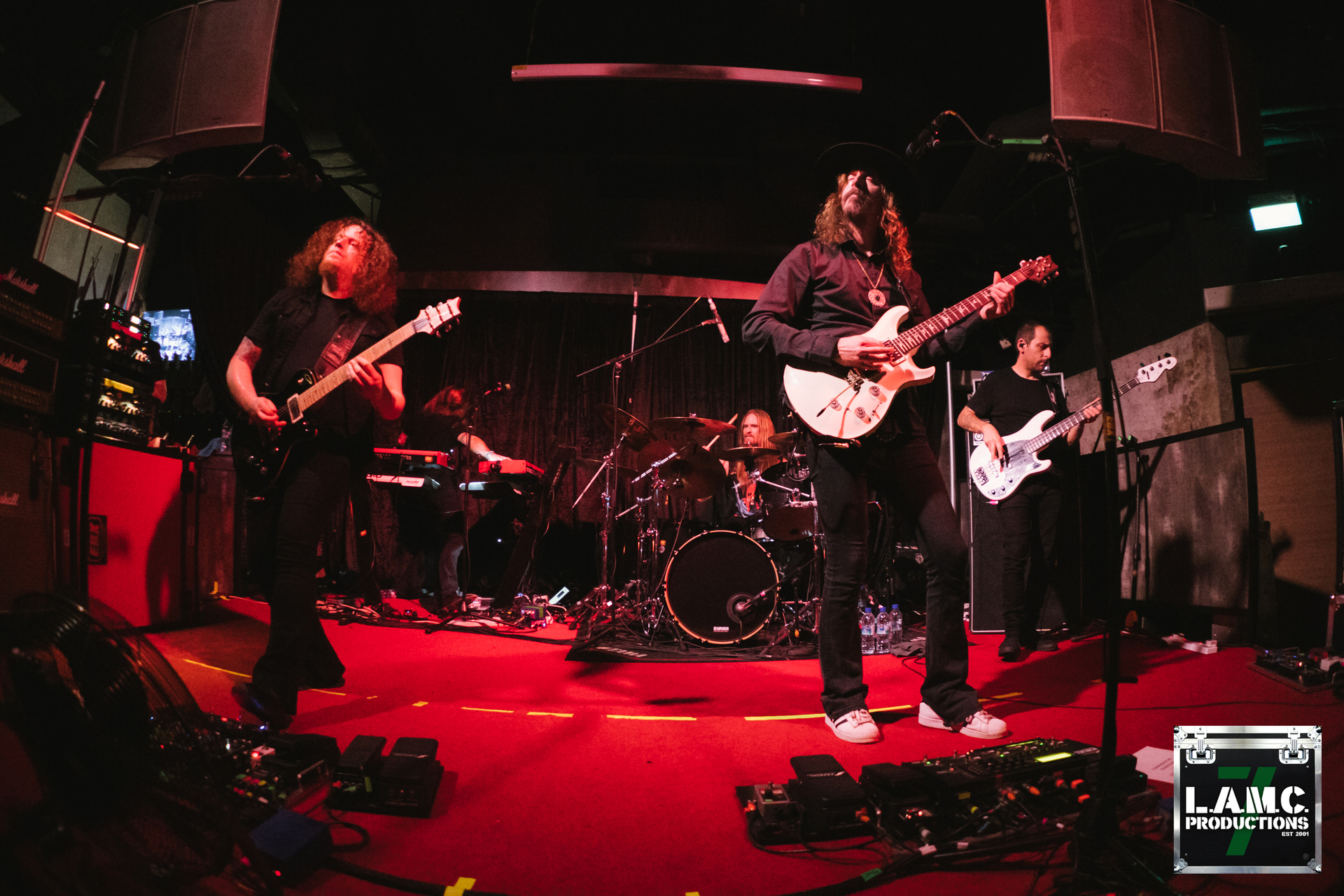 To catch them at the 400-pax Live At The Crossroads is not just a rare opportunity, but one we’ll likely never get to experience again. They’ve played in many places, according to frontman Mikael Akerfeldt: Anywhere from jazz clubs to Mexican restaurants and even “someone’s living room”, but not once in a brewery.

And yet, the band brought their signature energy and showmanship (and charming banter) to a Sunday afternoon crowd, all in a show that didn’t need the night sky to souse the impact of their folk-tinged prog metal. 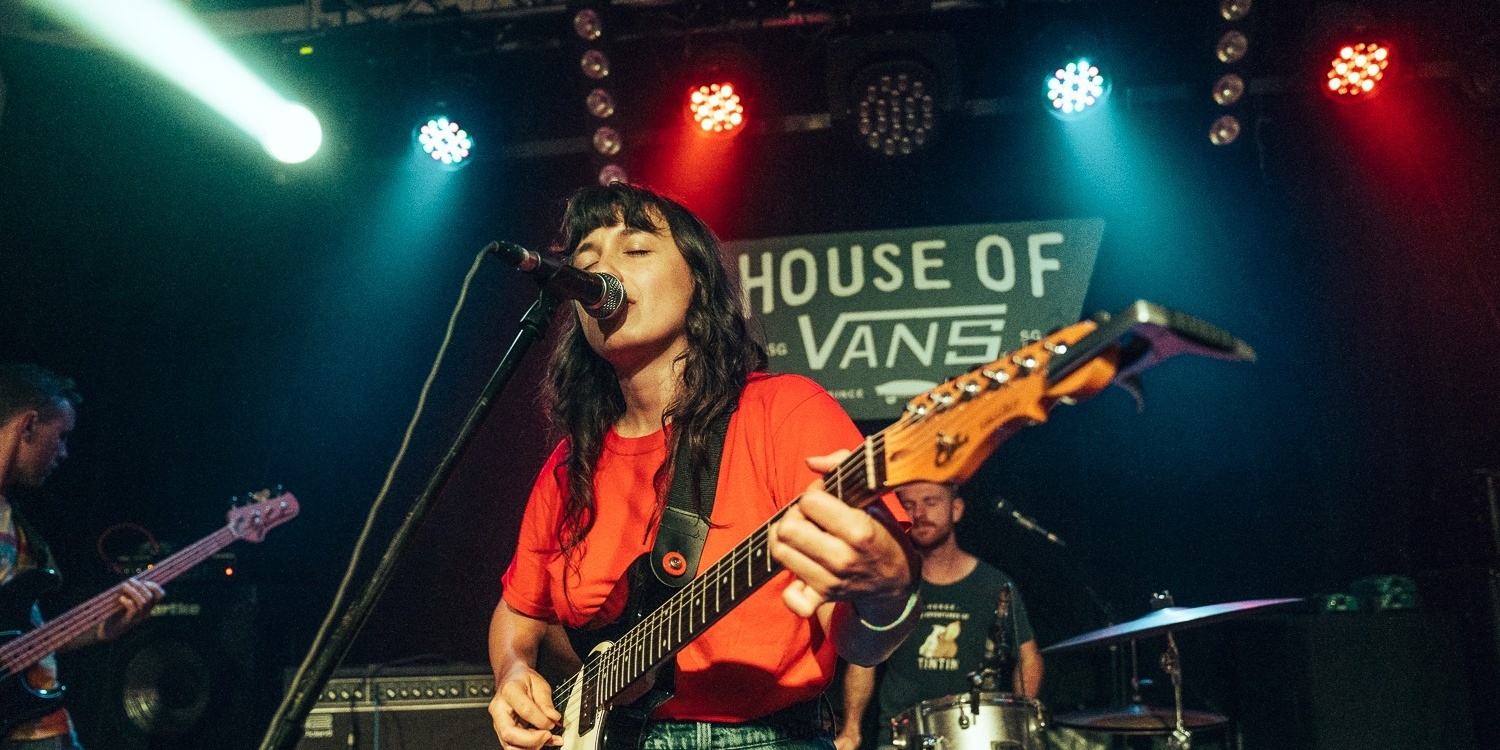 To spirited screams, the band played the opening strains of its single ‘Future Me Hates Me’, and immediately, the room felt smaller as the crowd huddled to feel the vibrations emanating from the stage more. That was the going for the next hour: Sweaty/sweating bodies mushed together in collective ecstasy as sweet-yet-serrated indie rock filled the space. ​​​​ 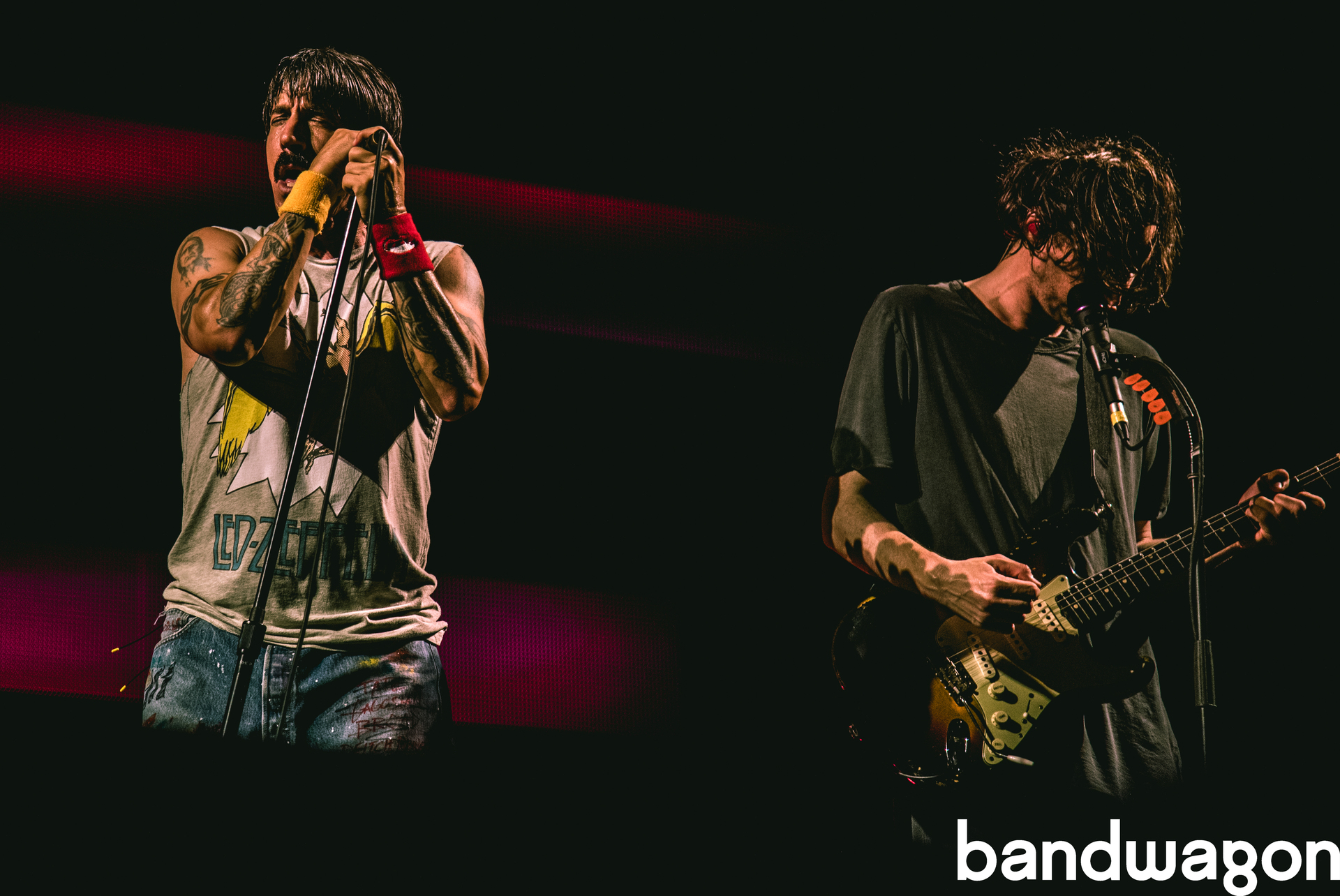 Say what you will about RHCP, but they deserved to be up on that stage, closing out one of the greatest Grand Prix in history, as the biggest headliner on the bill – and that it did, proving to everyone that the quartet of Anthony Kiedis, Flea, Chad Smith and Josh Klinghoffer are one of the greatest performers of our time. 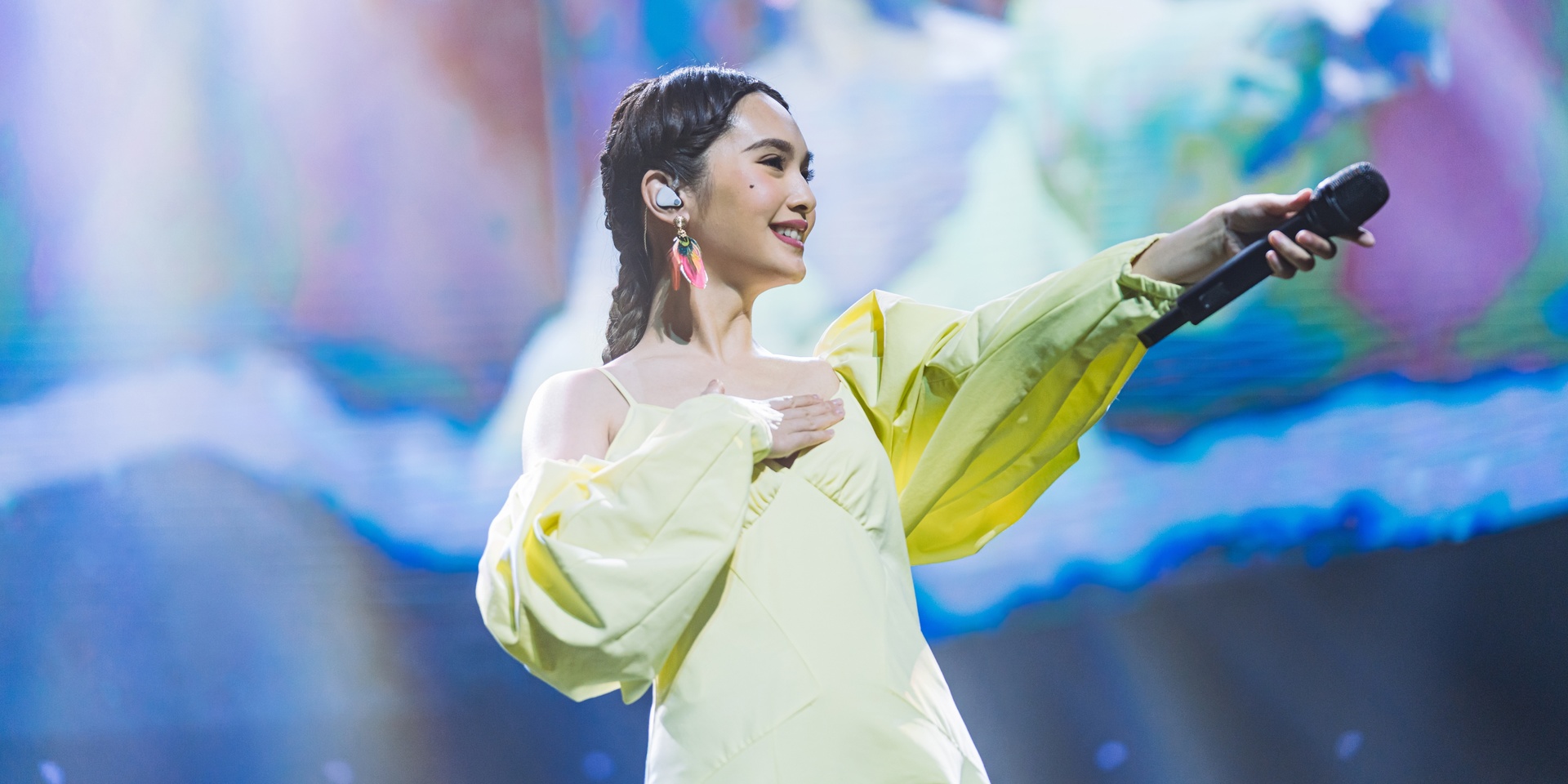 When music symbolises  – or even, becomes synonymous to – the passing of time, it transcends the abstract and becomes a natural state.

Rainie Yang’s music is testament to that truth. And the title of her concert, Youth Lies Within, is the cosmic center in which everything else that night revolved around. More significantly, it is a poignant statement that answers and embodies a question: Who lives in our youth? There is no doubt that we contain multitudes – numerous versions of the self that have flourished, fizzled out, and even been revived – but this show spotlighted an ineludible truth: Over the past 19 years, what accompanied us through the ever-evolving facets of the self is the steady, comforting presence of her music. 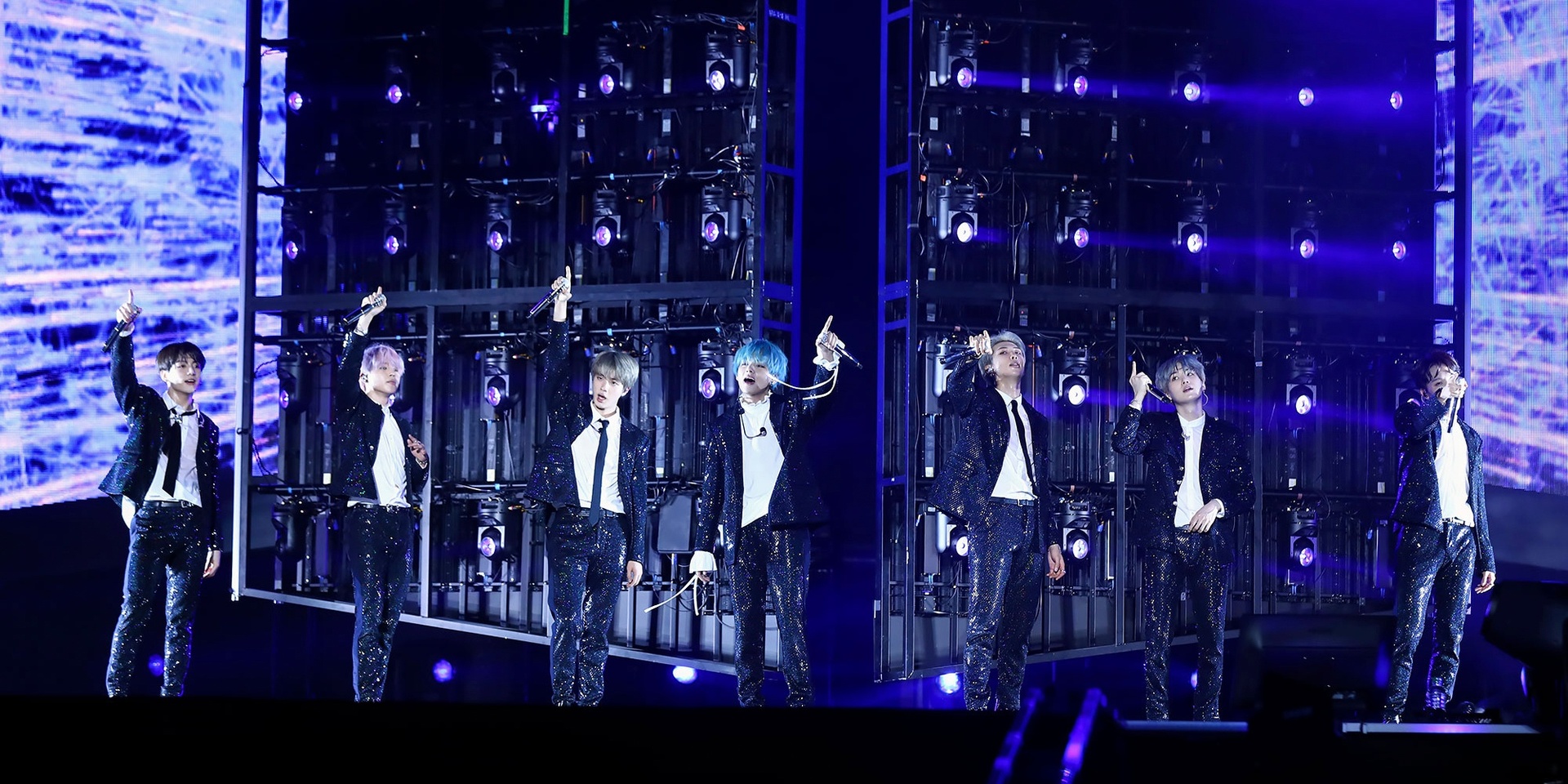 The concert in itself was a celebration: Of the group's stunning discography that garnered them international acclaim, and more importantly reached and touched the lives of many; of self-love, as said and sung time and time again as per the theme of the album; of the members' distinct individuality that fits cohesively as a group; and of course, a celebration of the shared love by fans for the group and vice versa. I have a newfound appreciation for the group, and look forward to the next phase in its career. 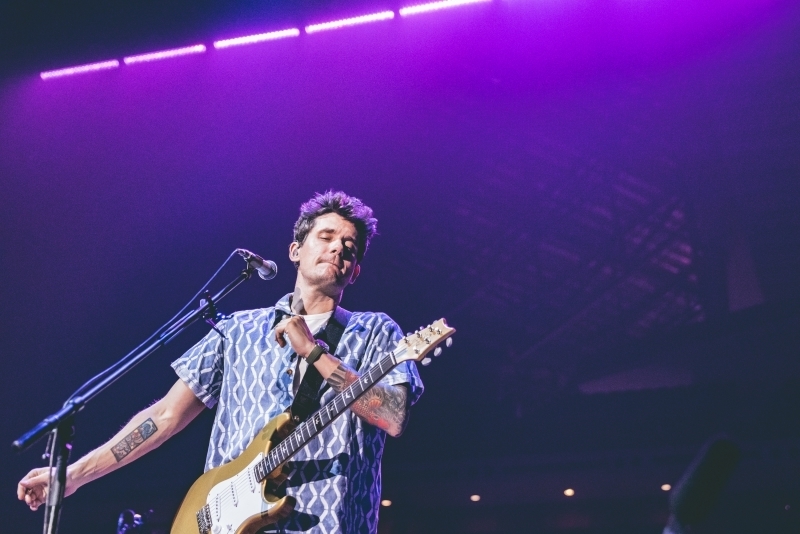 Even with the pre-concert preparation of watching videos and listening to track after track of 'Where The Light Is' and other live recordings, nothing quite prepares you for the musical extravaganza of each and every song that Mayer and his band perform wholly and exquisitely.

Across a setlist of 24 songs, Mayer made it clear that there was no pattern to follow that night. He manoeuvred through new and classic material, and blended them into an indescribable aural experience that took our senses on a sublime journey. 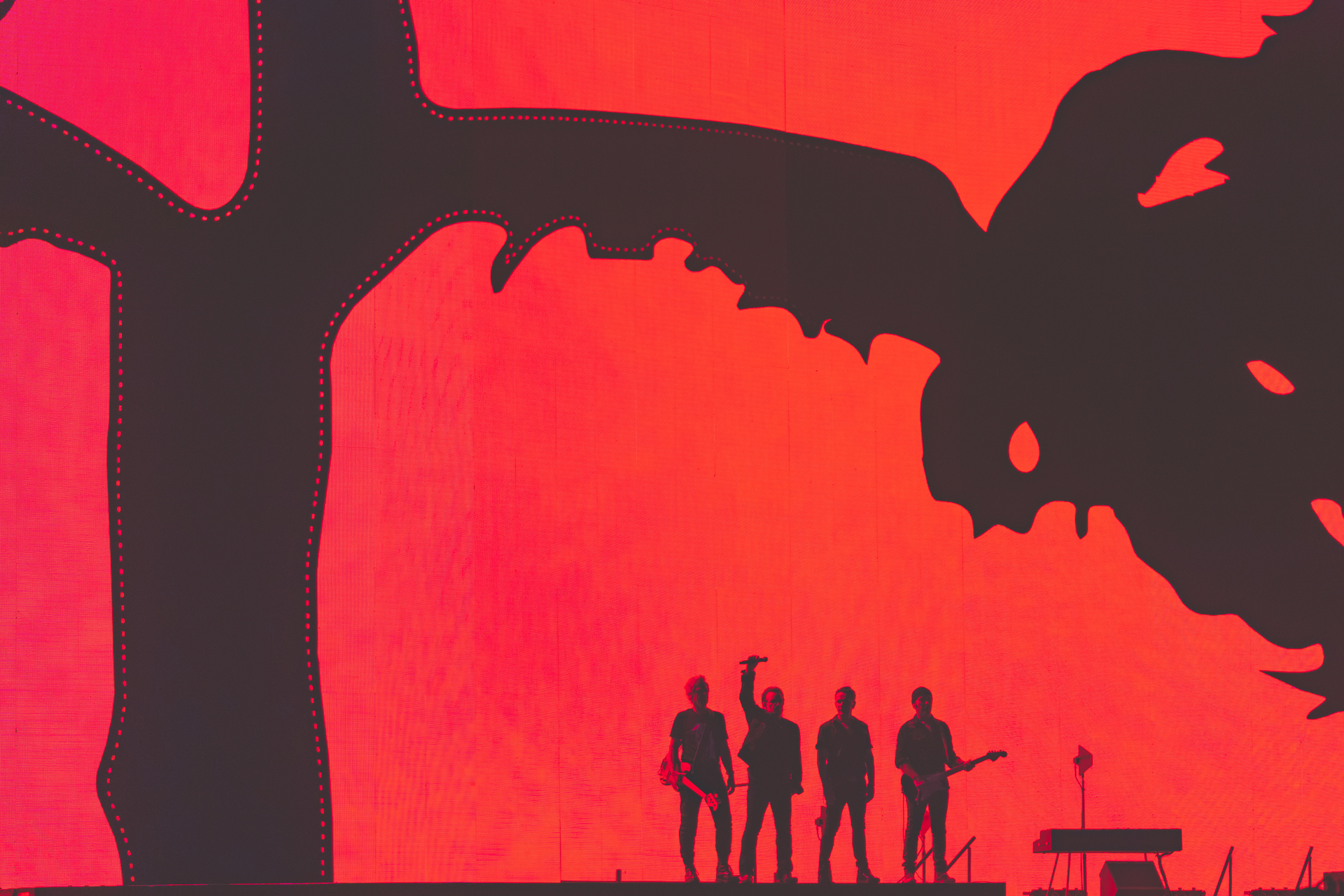 For every ostentatious delivery of platitudes — from bumper-sticker liners like “Love is the law!” to a riff on Martin Luther King Jr with “History doesn’t bend to justice, we have to bend it to justice”, all substituting the noted absence of Coexist — the band never faltered in administering the kind of escapist stadium rock show every U2 fan dreams to see. 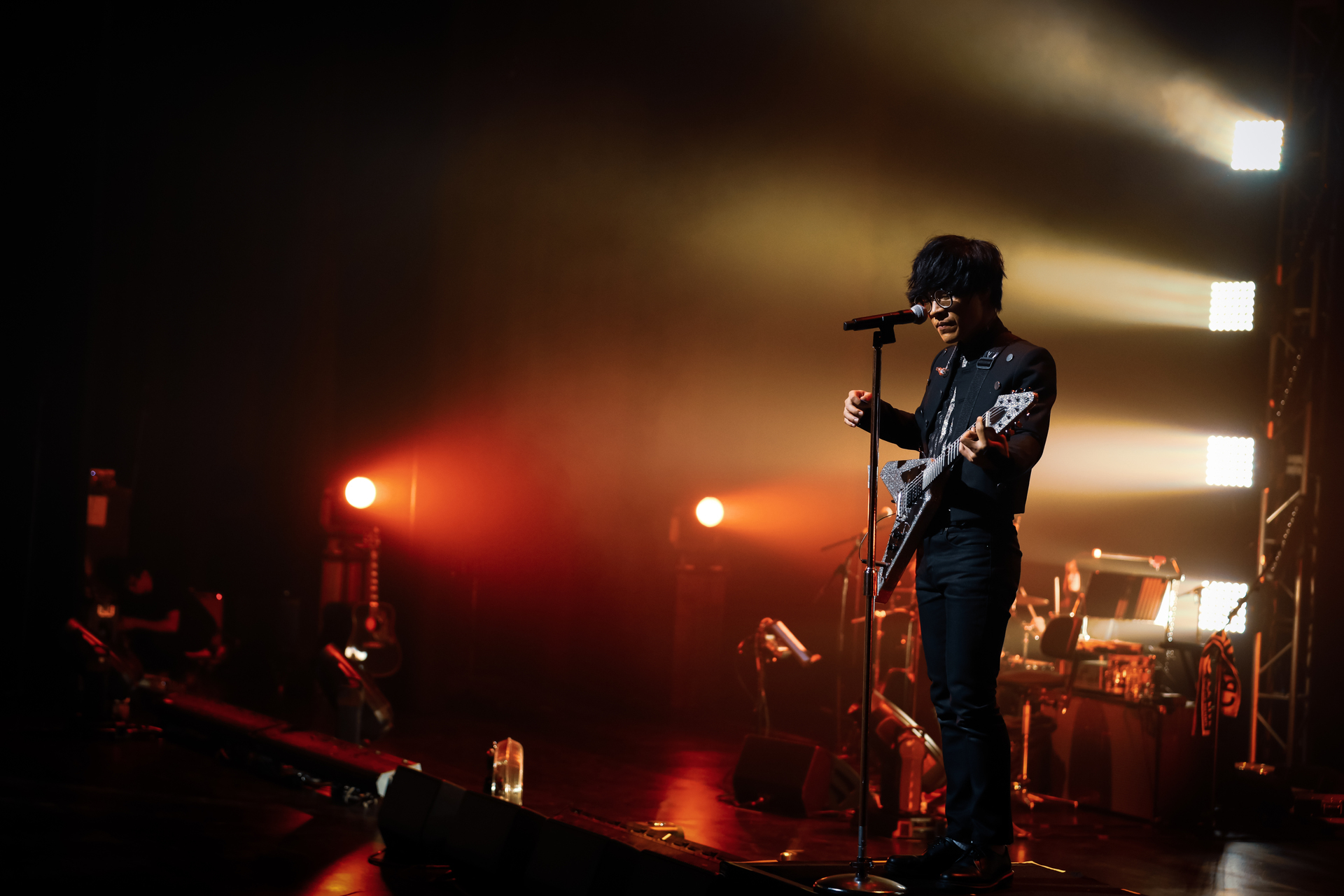 As the night progressed, Crowd Lu continued to prove one thing: His music transcends the realm of the tangible but is simultaneously, helplessly embodied. Our bodies could not help but to bob, sway, and jump in sync with something that coursed through us, that demanded to be felt. Lyrics escaped our mouths unbidden and wetness filled our eyes before we knew it. ​​​​​ 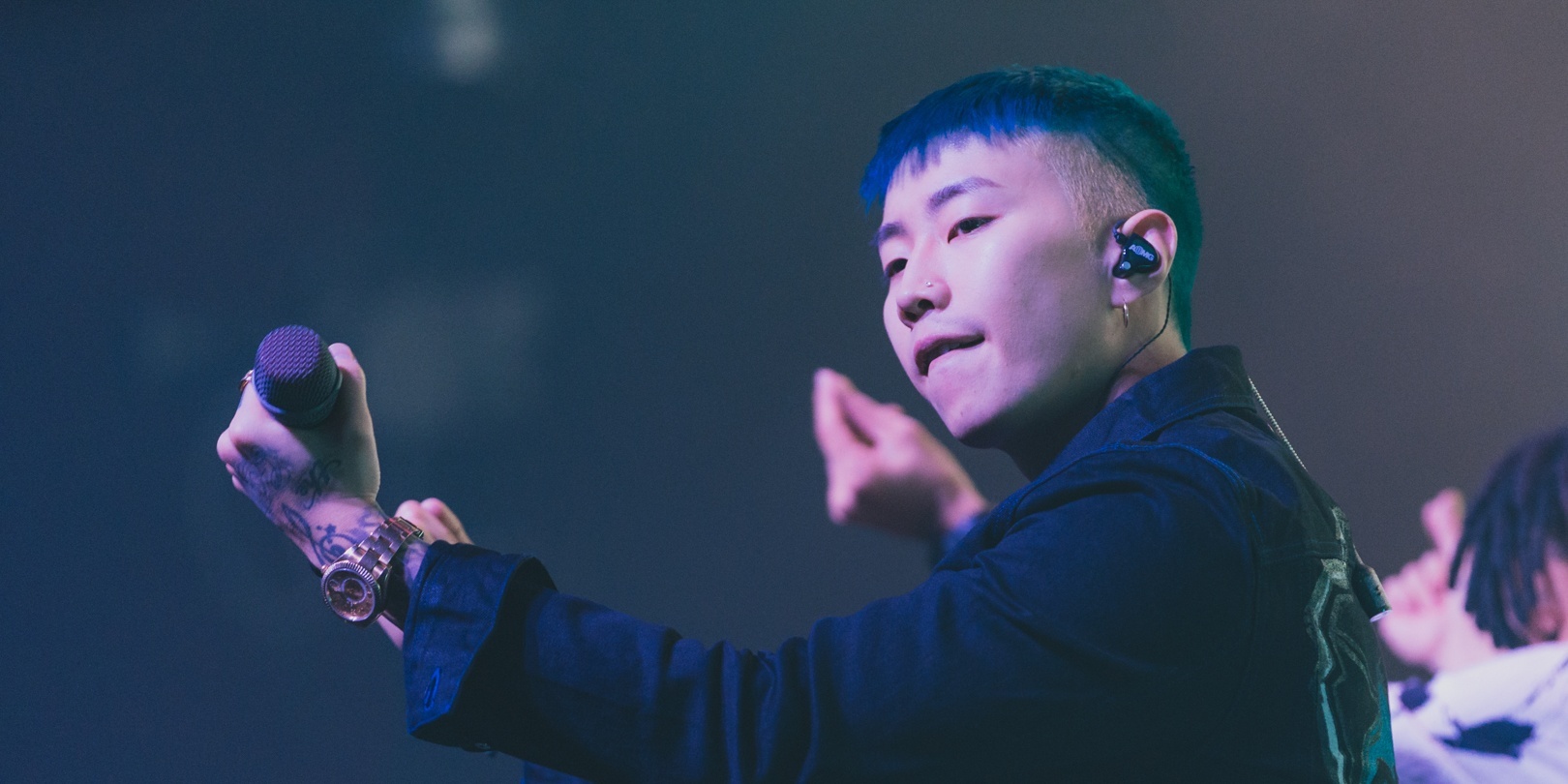 Ending the show on a high note, Jay said: “Even though I’ve performed here before, I’ve never been on a world tour before so this is my first official world tour. I’m very glad that you guys can be a part of it and that you’ve been supporting me through the years… It’s an honour for me to come here and perform for you.”

Jay is an artist who is not afraid to explore other ventures, new sounds and collaborations – one can only guess what he has in store next. We are already looking forward to his next visit to Singapore. 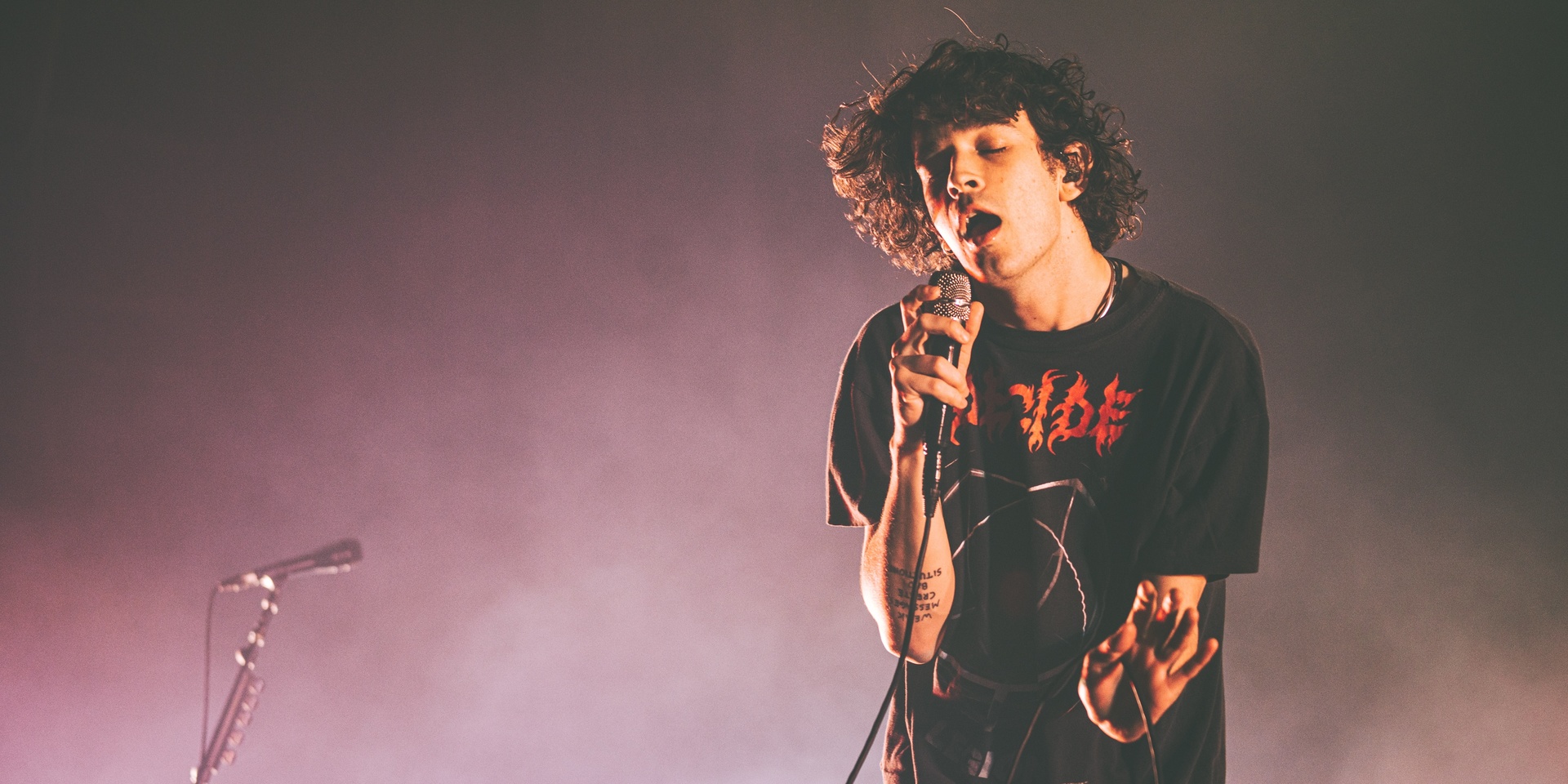 The 1975 delivered a brilliant performance; many collapsed onto their seats after the concert concluded saying that they could “die happy now” with sniffles ensuing from the noses of those who had cried. It was a clear display of the connection the band has to their fans, and it is a connection that is likely to last.