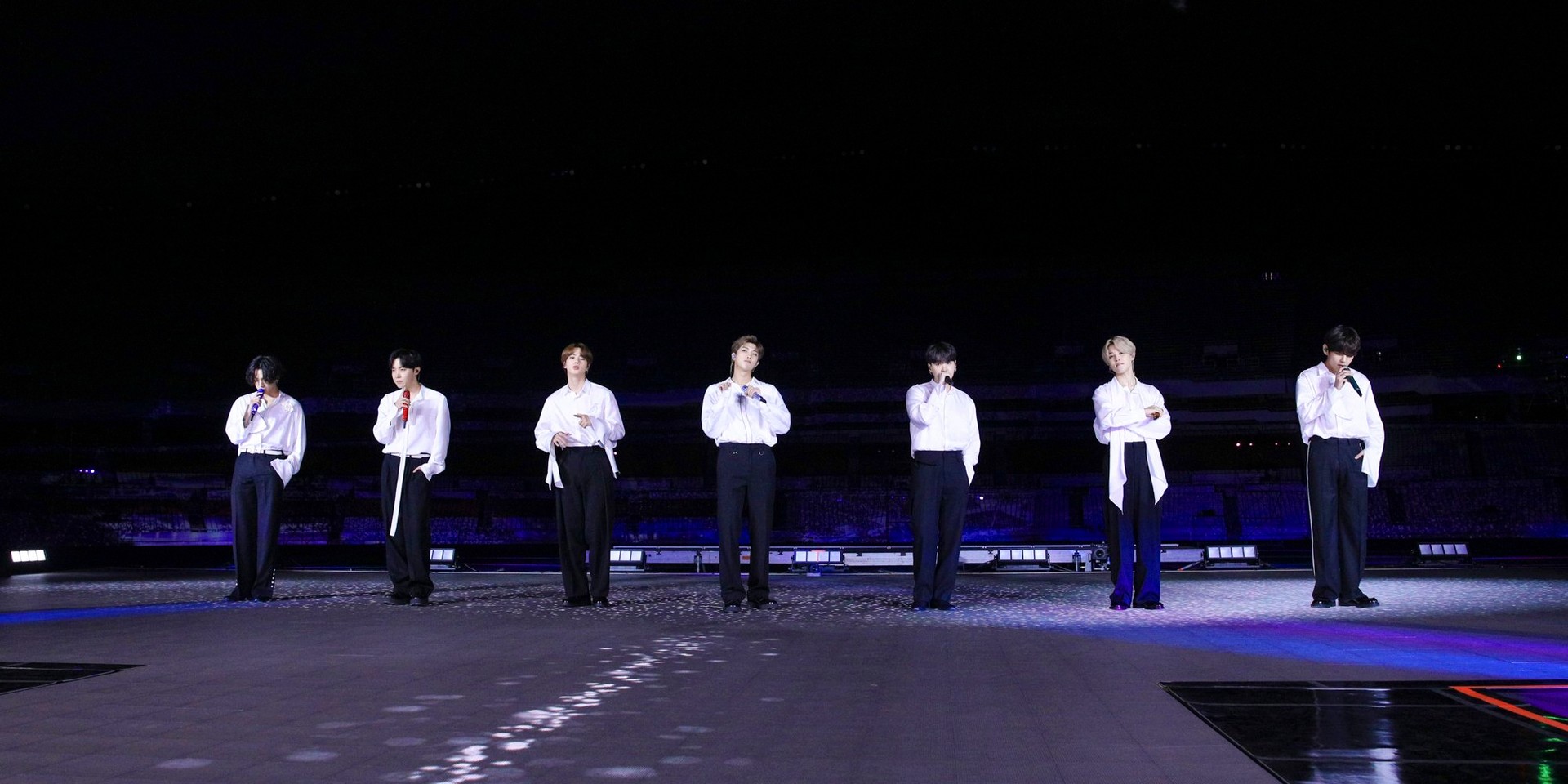 BTS kicked off the week with 2 wins and a massive performance at the 2020 American Music Awards.

Fresh off the release of their new album, BE, the global superstars took home the Favorite Social Artist Award for the third consecutive year.

The group also won Favorite Pop/Rock Duo or Group for the second year in a row.

“Thank you again for this precious award. Love you, ARMY!” V and @BTS_twt accept the AMA for Best Duo or Group - Pop/Rock. #amas pic.twitter.com/5l1JBHDFCa

BE's title track, 'Life Goes On,' made its live debut at the awards show, followed by a performance of their Billboard Hot 100 hit, 'Dynamite'.

ARMY!💜 Did you see our performance on the @AMAs? Hope you had fun as much as we did! Stay safe everyone! #AMAs #BTS #방탄소년단 #BTS_BE #LifeGoesOn #BTS_Dynamite pic.twitter.com/KNCy97vOKF

The pre-recorded performance filmed at Jamsil Stadium in Seoul, South Korea swept away fans eagerly waiting for their appearance all night. Suga, who had recently undergone shoulder surgery, was also present.

Filling the venue were also purple ARMY bombs that represented their worldwide fanbase, coupled with fireworks and other impressive stage effects.

Check out some fan reactions of their breathtaking performance here:

They did that stage for us. Non fans wouldn’t know the significance of the black ocean and the black becoming purple. I can’t remember the last time I loved anything this much. All the streams and voting, always worth it. https://t.co/KTDWSA0M5K

Cried literal tears. The sea of purple in the stadium, the voices and the performance 🥺#LifeGoesOnxDynamiteLive #BTSAMA pic.twitter.com/HxH7KZdApK

BTS RENTED A WHOLE STADIUM JUST TO PERFORM ON AMA. WHAT A FLEX

@BigHitEnt thank you for treating our boys @BTS_twt with outmost love and respect. Renting the whole stadium for AMA performance, making it look like they’re on a concert is the best way to showcase #LifeGoesOn and #Dynamite. PS. I’m happy Yoongi was there too💜 pic.twitter.com/21xnVD1UPe

NOT BTS RENTING OUT A STADIUM FOR THEIR AMA PERFORMANCE AS IF IT WAS AN ACTUAL CONCERT WITH ARMY pic.twitter.com/xZ7HRZJhal

Thank you @BTS_twt for the amazing performance in AMA. You guys really are the full embody of great works ethic. Really pumps me out! Now I'm ready for my Monday agenda!

LGO is really the type of song that a live performance could bring to another level. I really hope that the AMA's perf will be uploaded quickly on YouTube, available globally.

ARMYs, we will have to push it really hard and make it trend everywhere!

The 2020 AMAs saw BTS, Doja Cat, Taylor Swift, The Weeknd, and more awarded at the "world's largest fan-voted awards show" at the Microsoft Theater in Los Angeles tonight (23/11). Justin Bieber and Shawn Mendes, as well as Billie Eilish and FINNEAS, and others, also graced the stage with spectacular performances of their own songs.

BTS' latest album, BE, was released on 20 November, with more than 2 million copies sold in only 24 hours. Following the AMAs, the group is set to appear on Good Morning America on 23 November.

Watch BTS with 'Life Goes On':