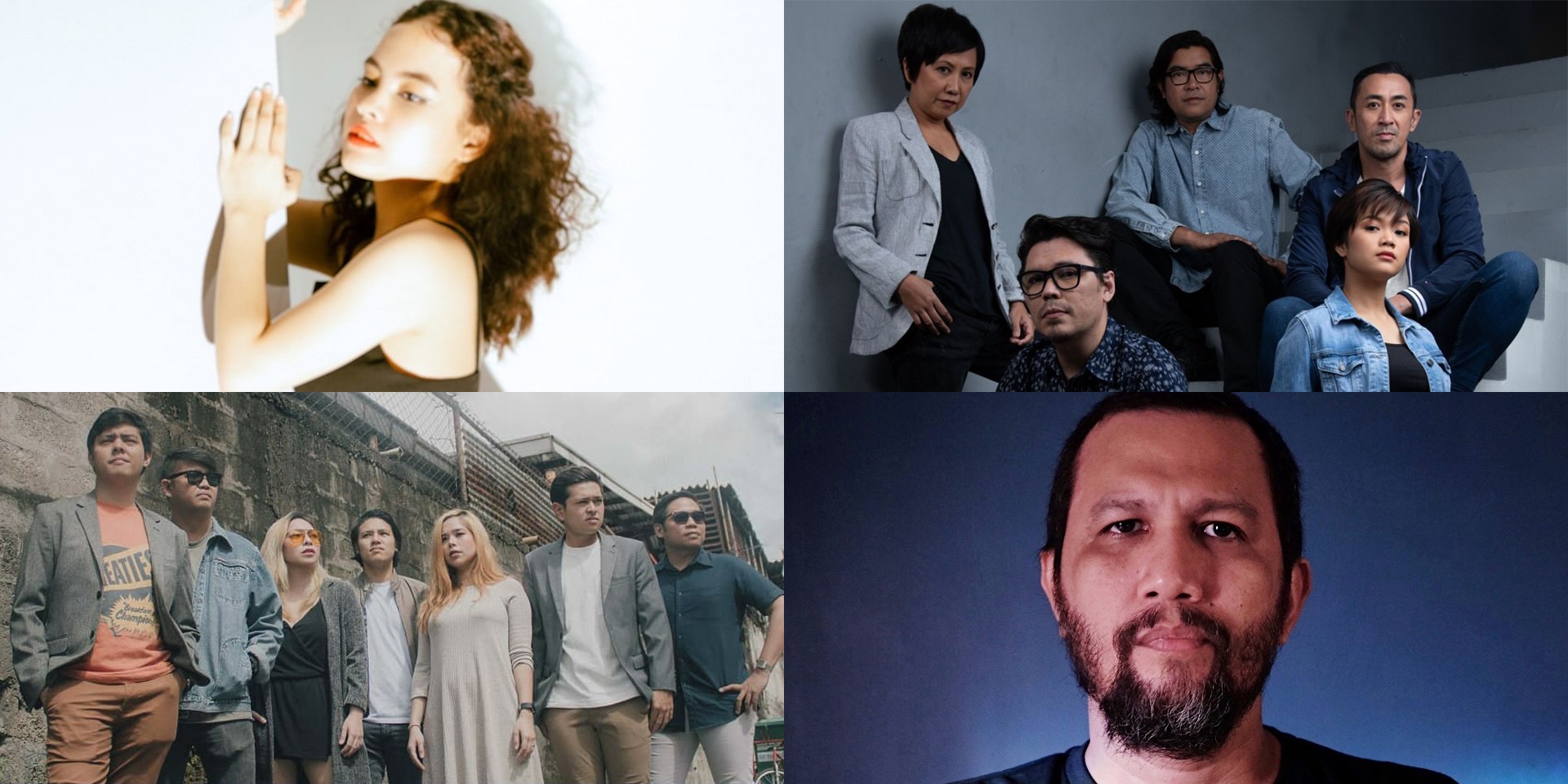 This past week, Lola Amour (finally) unveiled the animated music video for their single 'Please Don't Leave' after beating down hurdles thrown at them due to past typhoons and the ongoing pandemic. On the other sider of the rock spectrum, The Itchyworms shared an endearing live cover of 'Sunny Days' from Sesame Street.

In the world of Filipino hip-hop, Alex Bruce revealed the music video for her 2020 single 'Yakap', which stars SB19 member Justin De Dios.

Check out these new tunes from some of your favorite and rising Filipino artists below.

Cheats are back with their first Tagalog single 'Tawid', which drops alongside its music video.

"I remember when Jim brought it out at rehearsal and we enthusiastically worked on it right away," guitarist Jason Caballa shares with Bandwagon in a message. Frontman Jim Bacarro adds, "I've had this demo for a long time now and I just didn't like it enough to bring to the band and arrange. I then sent it to Ali Sangalang of Linya-Linya for him to write lyrics for it and from there the song came to life."

The music video, which the group directed and produced themselves, was shot at a farm in Cavite, after they'd all tested negative for COVID-19 prior to meeting up. "The plan was to shoot a couple of videos, jam on some new tunes, and bond after almost 10 months of not seeing each other," Caballa says, teasing that another music video will be coming soon.

Shanne Dandan has dropped 'Sandali Lang,' her first single for the year. The new track, which was arranged and produced by Zild, was written back in 2017 and tells the story of two lovers on the verge of breaking up—steeped in melancholy.

Shanne reveals to Bandwagon that the song wasn't based on a personal experience. She shares, "I was inspired by everything that surrounded me that year—my friends’ stories, the films I watched, and the music I listened to. Somehow, it became a song closer to me when I remember the very night I wrote its lyrics on a piece of paper."

Filipino rock act Imago just released their new single 'Sigurado' to add to your playlists this weekend. According to a press release, 'Sigurado' "tackles today's uncertainties and gives assurance that there is something wonderful that awaits those who persevere."

"He substitutes our drums with big kicks, cold snares, ripping bass lines, and synthesizes the whole arrangement into new territory," Tarsius write in a statement. "A new addition to your stay at home rave playlist."

ena mori continues to drop new imaginings of her single 'FALL INLOVE!' with electronic music producer and DJ Pamcy's remix of the track.

"The idea of remixing the song came after I released the Reimagined version of 'FALL INLOVE!'. 'FALL INLOVE!' originally is very bright and dancy, but I got curious about other artist’s take on the song," ena mori tells Bandwagon. "I discovered Pamcy’s work through a mutual friend and I thought she was perfect for the remix."

Pamcy says she was thrilled and excited to put her own spin to 'FALL INLOVE!' She reveals, "This track is an amazing pop song and I wanted to take the playfulness of her vocals and cheeky lyricism to a different dimension. I had so much fun recreating this song and it was an honor to work with such a talented artist."

Johnoy Danao teams up with producer crwn (a.k.a King Puentespina) for his latest release 'Isang Umaga.' Danao describes the song as "a story of hope and perseverance amid hopelessness and self-doubt" and hopes this helps listeners "get through whatever life throws at you."

Tanya Markova return with 'Bituin,' the group's first offering for the year via Tower of Doom Music. The track was recorded, mixed, and mastered by Kyle Cayton.

ICA has made her debut with the release of ''Di Na Alam,' via Soupstar Music. The track was produced by Gracenote frontwoman Eunice Jorge.

“I felt like a lost and restless child with big dreams but doesn't know where to begin," ICA explains the inspiration behind the song in a statement. "No matter how hard I tried to figure things out, I still find myself stuck in the same place. I wanted to reach out for help but I didn't want to burden anyone.”

Elha Nympha is all grown up and proves it with the release of her comeback single 'Do It' via MCA Music. With the new track, the 16-year-old former champion of The Voice Kids Season 2 takes on an R&B sound with a dash of neo-soul and newfound confidence.

“I’m happy with where the direction of my music is going,” Nympha shares in a statement. “Do It unravels a more vulnerable side of my artistry, and this is exactly the kind of music that I want to keep making—something that is young and current, but very much me.”