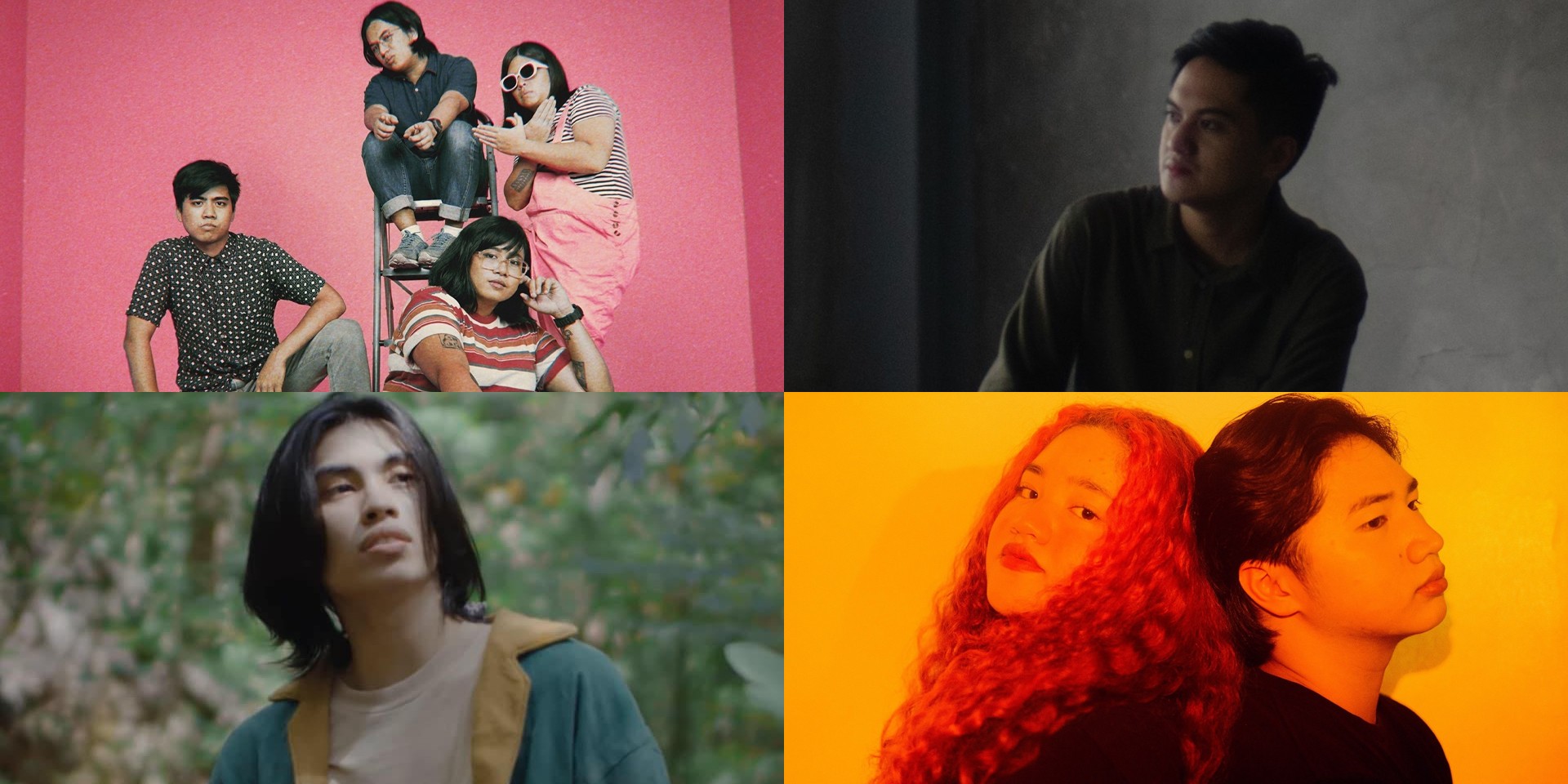 The state of the world might be grim and frostbitten, but at least there's still new music to look forward to.

In the world on online music festivals, director Juno Oebanda set up JUNO JAMS with the likes of Ryan Cayabyab, Ultracombo, Sandwich, Ebe Dancel, Leanne & Naara, The Itchyworms, Ben&Ben, and many more.

Get the weekend started with these new releases below.

Hit the dancefloor with all the rage in your burning heart with Oh, Flamingo! and their new single 'Galit'.

Re-enter the world of multi-instrumentalist Gabba with his latest single 'Interim', mixed and mastered by Francis Lorenzo.

It's time to take a breather and enjoy your time with Ysanygo's new offering 'Why Don't We Linger?'. The duo first came up with the track in 2017 as they noodled around with Ableton for the first time until they decided to keep in the vault.

"Nick [Lazaro] really helped us bring out the potential of the song with his direction at the studio," Ysa Ferraz tells Bandwagon about working with Nick Lazaro at La Balls Recording Studio. "Then when the pandemic hit, he was already working on the mix. He would send the first pass then we'd send back notes on what we'd like to have changed. It was smooth."

Ysanygo are scheduled to release more music this 2021.

Filipina bassist Carissa makes her solo debut with the release of 'Pwede Ba' via Tower of Doom.

Filipino rapper Matthaios teams up with rising star Michael Pacquiao for the track 'You Rock'.

In a statement by Def Jam Philippines A&R Senior Manager Allan Mitchell 'Daddy A' Silonga, he says, "I truly believe that if you have that love for the culture, it can work and I really feel it in my gut, hoping that the same heart, passion, and energy will be shared. This won’t be Def Jam Philippines’ success alone but also the whole Pinoy hip-hop and R&B communities, too."

Suspiria Pink - 'Everything? Everything.'

Pop-punk act Suspiria Pink tackles green and capitalism in the modern world with their new track 'Everything? Everything'.

New York-based Filipino producer Arthur Tan takes us through the streets with his synthwave offering 'City Runs' via Tarsier Records. The new track comes ahead of his upcoming EP After the Party, set for release on May 28 (Friday).

“I made and re-made this track with the memories of me walking around New York City at night, just enjoying the lights, the energy from the parties, the last ‘hoorah’ as I would say,” he shares in a statement.

"It's about loving someone without being loved back and eventually accepting reality and choosing to let go," the Filipina singer-songwriter reveals in a statement. "And it’s also about deciding to turn the page and move forward."

Underclass are paving their way into the local indie scene with their debut EP, Fifty-Four. Initially scheduled for release last year, the pop-punk act's first 4-track offering was delayed due to the ongoing coronavirus pandemic.

The EP is called Fifty-Four after vocalist and rhythm guitarist Zach Alcasid's house, where the band brainstormed, recorded, and produced their music.