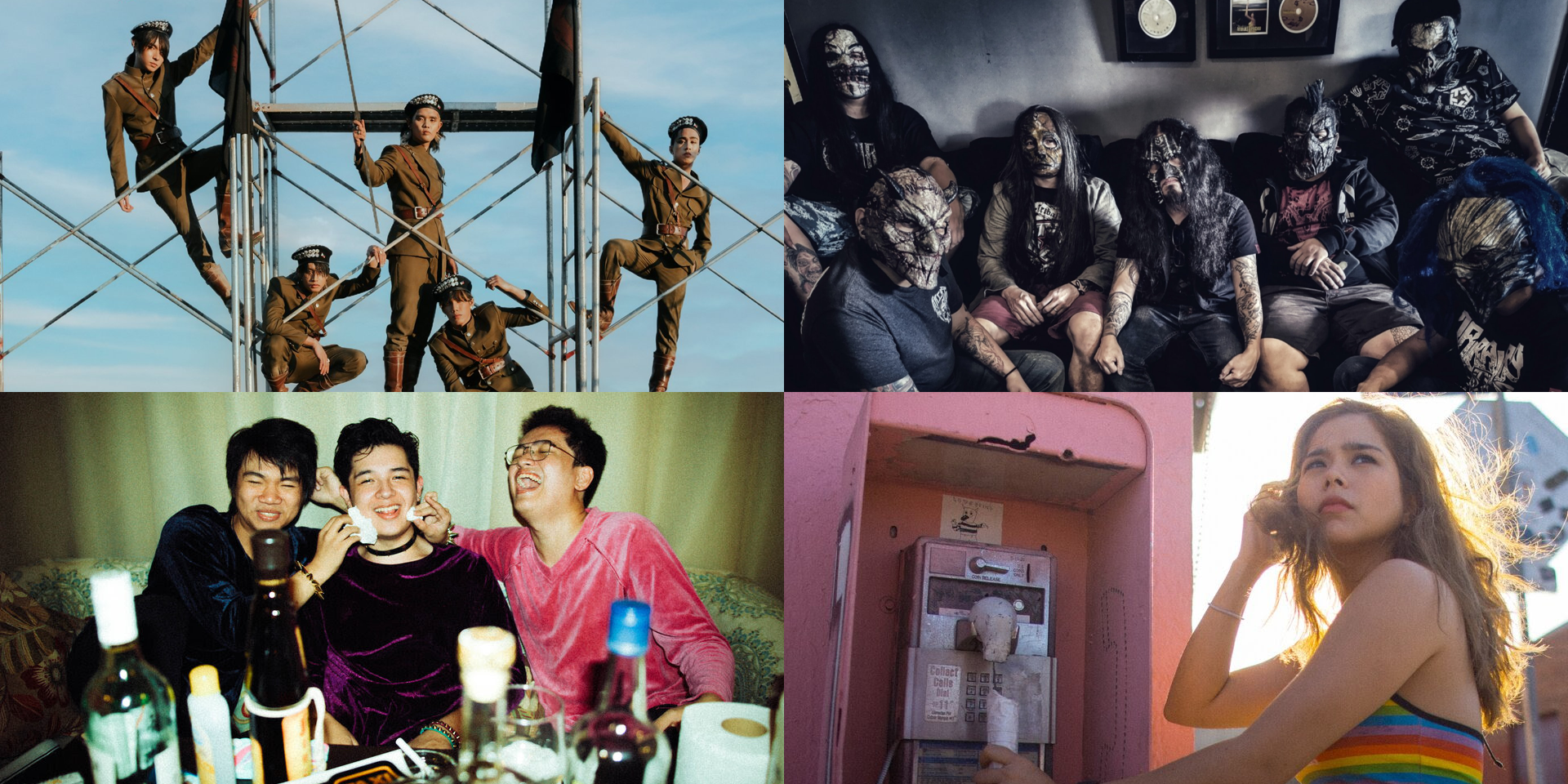 We're almost half way through March!

As we "celebrate" the coming anniversary of life in quarantine with the curfew kicking off next week, it's time to get lost in new tunes to drive our worries away.

This past week, it was confirmed that Red Velvet member Wendy is in the studio working on a solo album, set for release this April. K-Pop act SHINee also announced that they will be hosting an online concert aptly called SHINee WORLD next month on V LIVE.

In the world of new solo releases, DPR IAN dropped his highly anticipated debut EP MITO (Moodswings In This Order) alongside the official music video for his all-English single 'Nerves'. BLACKPINK's ROSÉ has also shared her 2-track debut solo album R with the stunning visual for 'On the Ground'. Linkin Park co-founder Mike Shinoda teamed up with iann dior and UPSAHL to look toward 'Happy Endings' after the tiring 2020 the world just had.

P-Pop stars SB19 dropped their highly anticipated comeback single 'What?' with a message of "self-love and empowerment" as they introduce fans to their new era, Ikalawang Yugto.

“A lot of people still doubt us, denouncing everything that we do and everything that we're trying to achieve. We love what we do, that's why we do it respectfully," Main rapper and lead vocalist Pablo (formerly known as Sejun) shared, "‘What?’ is about self-love and empowerment. Each of us has our own flag. We should be proud of it and raise it as much as we can. As SB19 and as individuals, we know that we're not the best at everything, but that shouldn't stop us from what we want to achieve.”

Suspiria Pink linked with Cheats vocalist Saab Magalona for their latest offering and second single for the year 'Lonely Hearts'.

In a message to Bandwagon, drummer Lio Benson revealed that 'Lonely Hearts' had been in the group's backlog for a while. "We always got cold feet trying to finish it," he said. "It ended up being very different from what I thought it would be, but in the best way possible. I think we've created something that stands on its own, yet finds it place musically and thematically amongst the other songs on our debut album, which also happens to be a concept record."

Magalona revealed that Offshore Music head Ely Buendia e-mailed her about Suspiria Pink's request to collaborate. "The power of technology - I've never met Lio, Diego or Gwen but now we've made a song together! I'm really happy with how it turned out," she shared.

Tubero are back with yet another romantic and emotionally charged non-ballad about a fateful encounter in 'Cubao' via Tower of Doom Music.

Acel has a new song "for those of you who have found the one you will love forever" called 'Mula Ngayon'.

"I write and produce my own material,” she shared in a statement. “Sometimes I start off by making a beat. When I complete it, I try to create a melody over that. Once I have the melody down, I’ll write the lyrics and then record them. Once everything is recorded, I’ll add backing vocals, harmonies, and sometimes I’ll sample my vocals and use weird effects.”

Singapore-based Filipino artists Tonie Enriquez and Dave Anonuevo have teamed up for their new collaborative offering 'love ain't real', about the uncertainty of love, via Tarsier Records.

"The Filipino lyrics in the bridge was our personal favorite because we both know that the ‘hugot’ language hits the "hardest. The transition from first drop to the bridge strikes to represent the feeling of being complete to feeling empty,” the duo shared in a statement.

It's Joey (a.k.a DJ Joey Santos) has unveiled his latest beat to mark the start of the vaccination program in the Philippines.

In a message to Bandwagon, he shared thoughts on what inspired the track, "Will we reach our targets and achieve herd immunity? If so, when? And will it be paid for by the government, or are we relying on donations from other countries? If so, what happened to the billions of pesos that we borrowed for the pandemic response? It’s a song that aims to ask questions indirectly."

Filipina pop-rock act Rouge take a look at past heartbreaks for their latest rock ballad 'Kalimutan Ka', written by This Band's Euwie Von Loria and arranged by Don Bautista.

Locked Down Entertainment act Space-Ta will take you back to the '80s with new single 'Fantasy'.

Filipino-American singer-singer Steph Martell, who turns 18-years-old this year, has unveiled her new offering 'One More Time'. The fresh offering comes ahead of her self-titled debut EP, scheduled for release on March 14 (Sunday).

Nikki Dumag - 'He Will Never Be You (Cryin’ Shame)'

Nikki Dumag just dropped her first international single 'He Will Never Be You (Cryin' Shame)' via Red Bus Music. The new track, written by Edward Fox, Anthony Lavin, and John Kerfoot, talks about that moment when you bump into someone you used to like and all the things you want to say to that person.