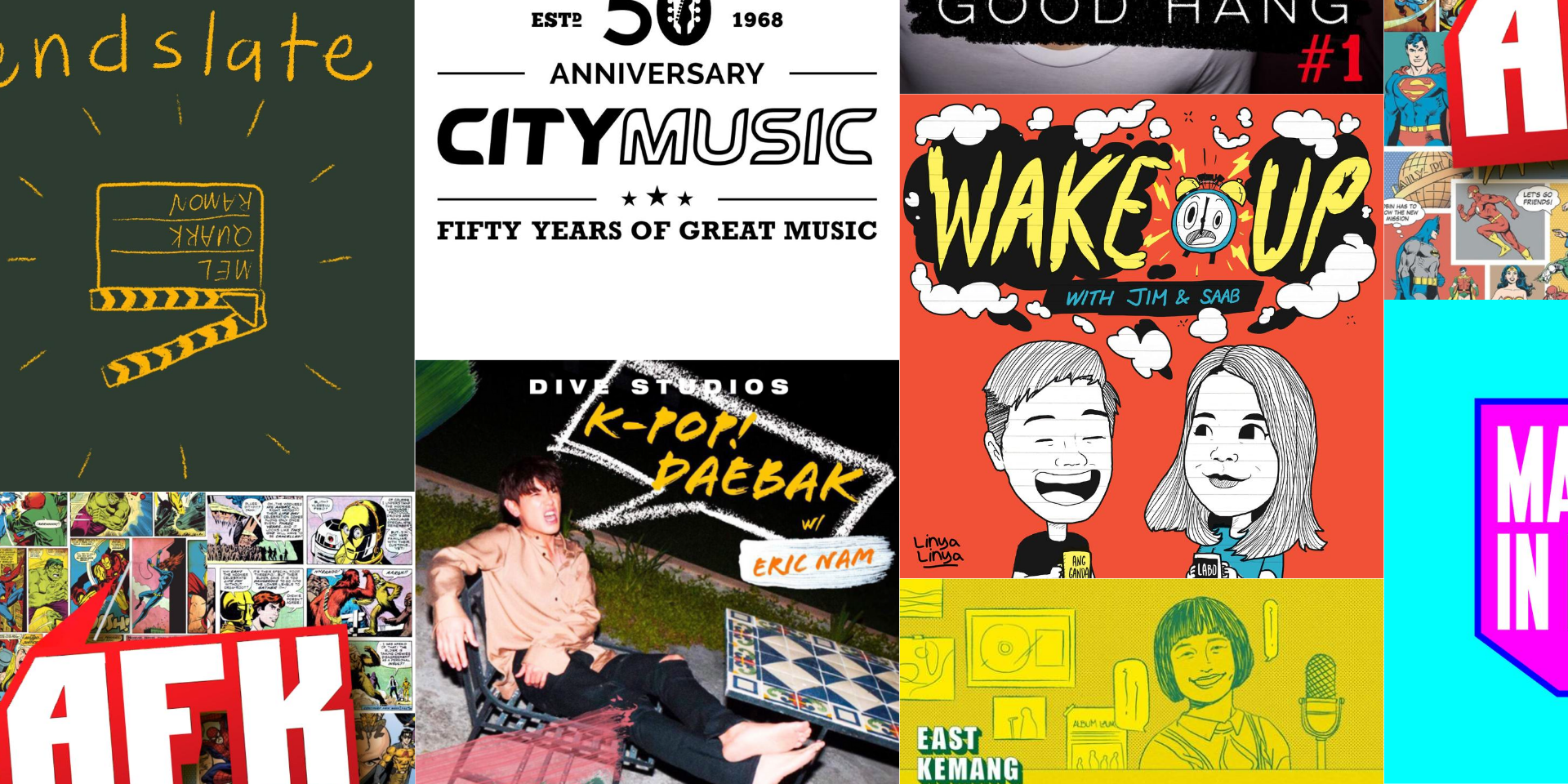 Podcasts have been having a moment, and if you've never checked it out, here's your chance. With a whole new world to discover, podcasts come in the same format as radio with hosts discussing a range of topics, from current events to music. Besides being a great source of entertainment in the advent of lockdowns and movement control orders, podcasts are also a great way to stay productive and learn something new.

Podcasts have been on the rise in the West since 2017, but Asia's definitely not too far behind. With podcasts galore, you'll definitely be spoilt for choice. To help you out, we've narrowed down some of our top picks of podcasts from the region. 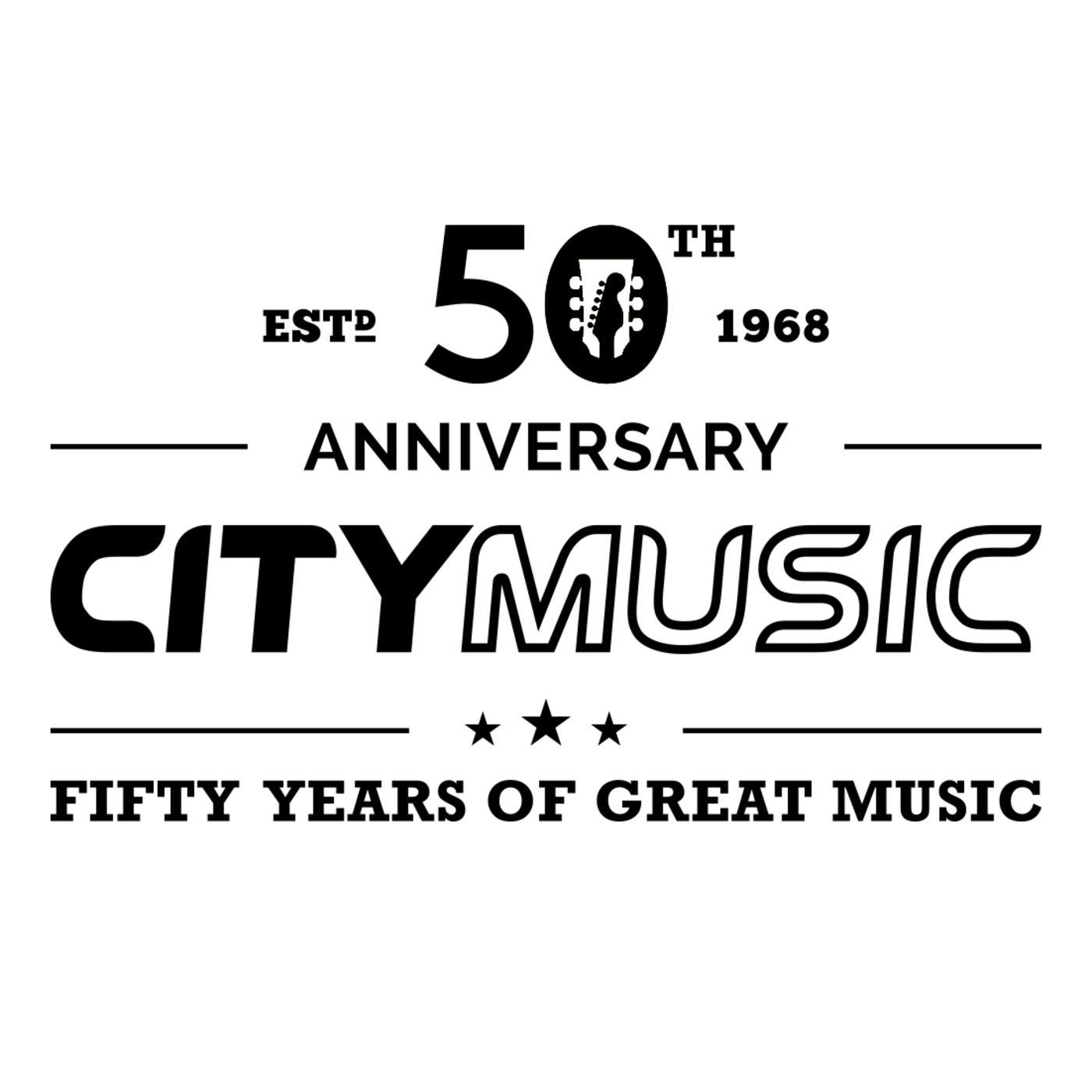 From one of Singapore’s longest-standing musical instrument providers, City Music, City Music Singapore is a weekly podcast series that talks about everything music. From interviewing local artists like Coming Up Roses to recommending affordable recording equipment, this is an essential podcast for any music lover out there. Hosted by members of the team, collectively known as ‘#TheCityBois’, the series also explores trending and popular topics in Singapore. 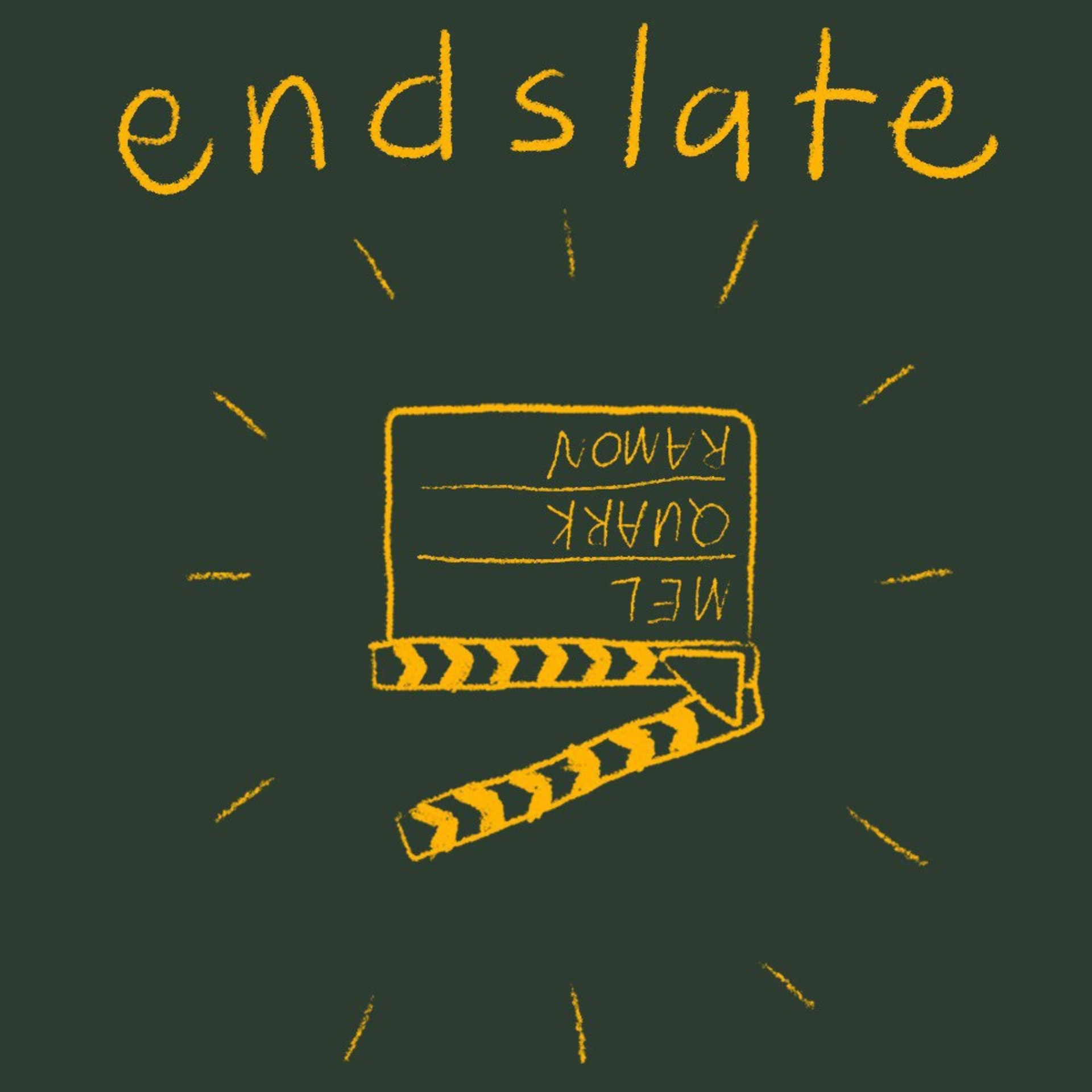 Hosted by writer and film critic Ramon de Veyra, film and television producer Mel Lozano-Alcaraz, and filmmaker and musician Quark Henares, Endslate is a Filipino pop culture and entertainment podcast. Passionate about film and TV, the three hosts spark insightful discussions on the latest shows and movies, both in and out of the region. Previous episodes revolved around Parasite’s big Oscar win, as well as nostalgic films from the '90s.

Endslate is available on all major streaming platforms, including Apple Podcasts and Spotify. Catch the latest episode here: 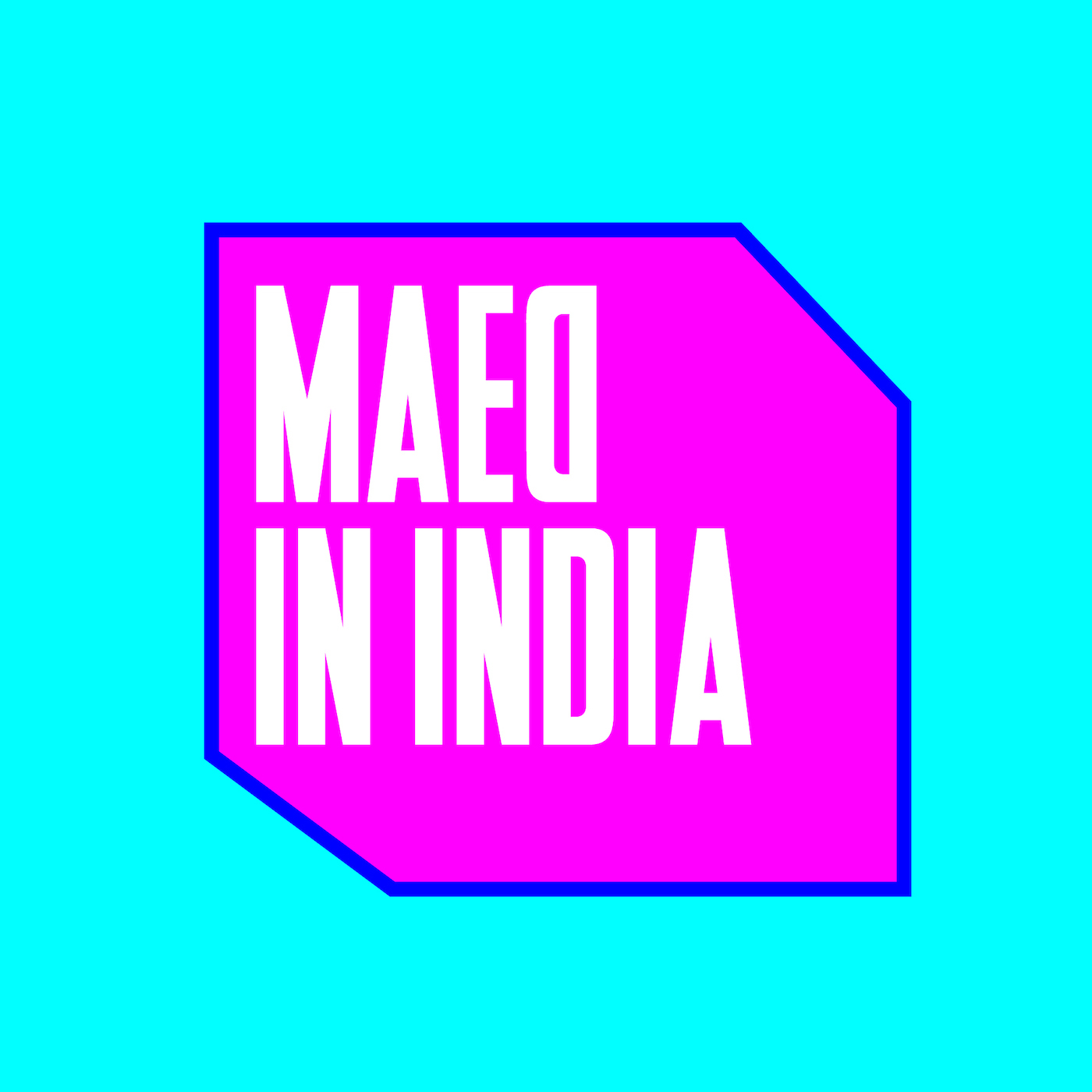 Armed with the mission to promote the local music scene and uplift independent artists, Maed In India is the country’s first indie music podcast that showcases the best of Indian music. Each episode invites musicians and artists to share their story and stripped-down performances of their songs. Serving as a one-stop destination for new music and exclusive interviews, Maed In India features an array of musicians ranging from punk to hip hop.

Maed In India is available on Apple Podcasts, Spotify, TuneIn and Stitcher, as well as their official website.  Catch the latest episode here: 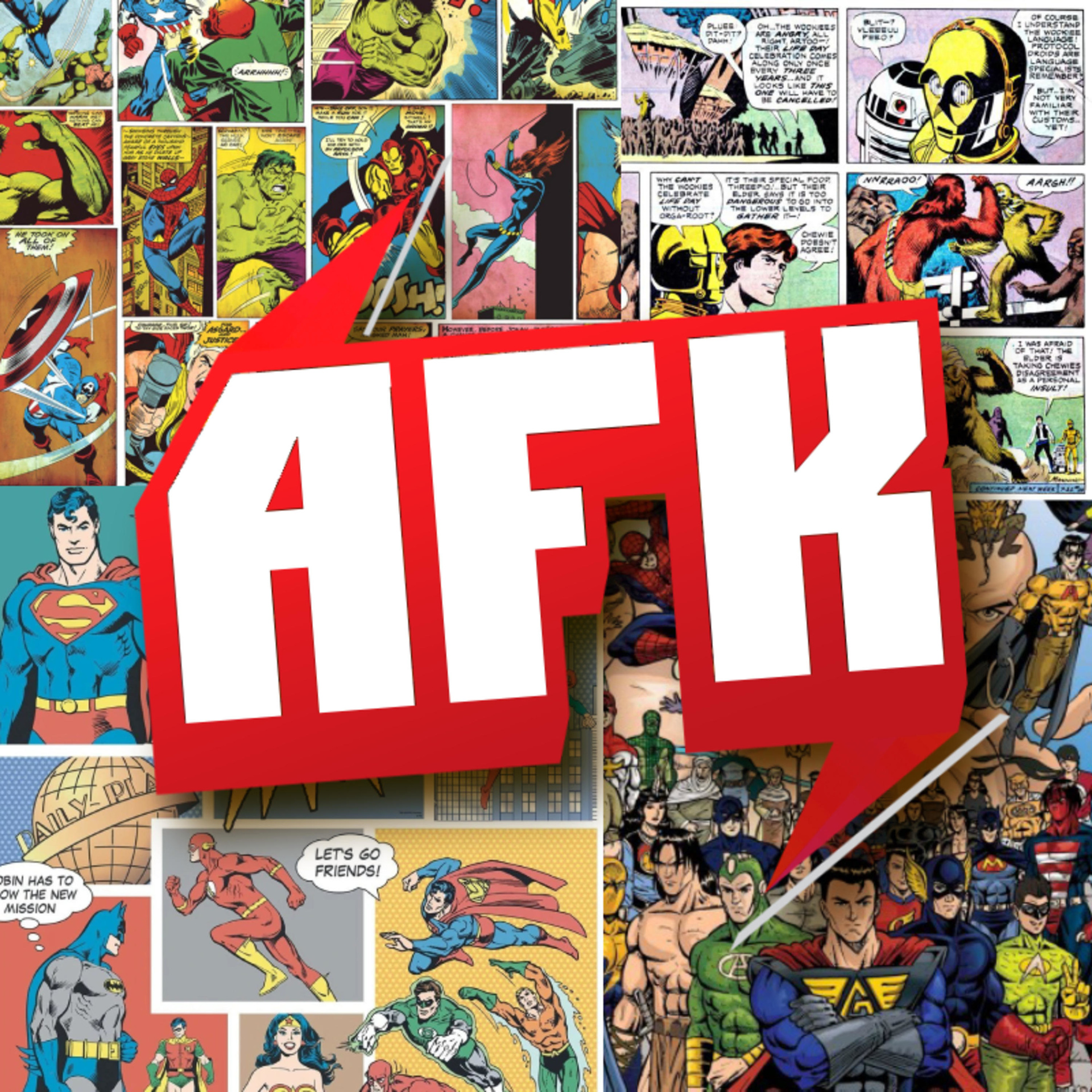 Calling all movie buffs and comic book fanatics! Potkes AFK is an Indonesian podcast all about film and TV adaptations of comic books. Often featuring Marvel and DC franchises, the podcast dives deep and analyses everything about a story’s transition from comic to film, including its casting and how it compares to the original comic.

Potkes AFK is available on all major streaming platforms, including Apple Podcasts and Spotify. Catch the latest episode here: 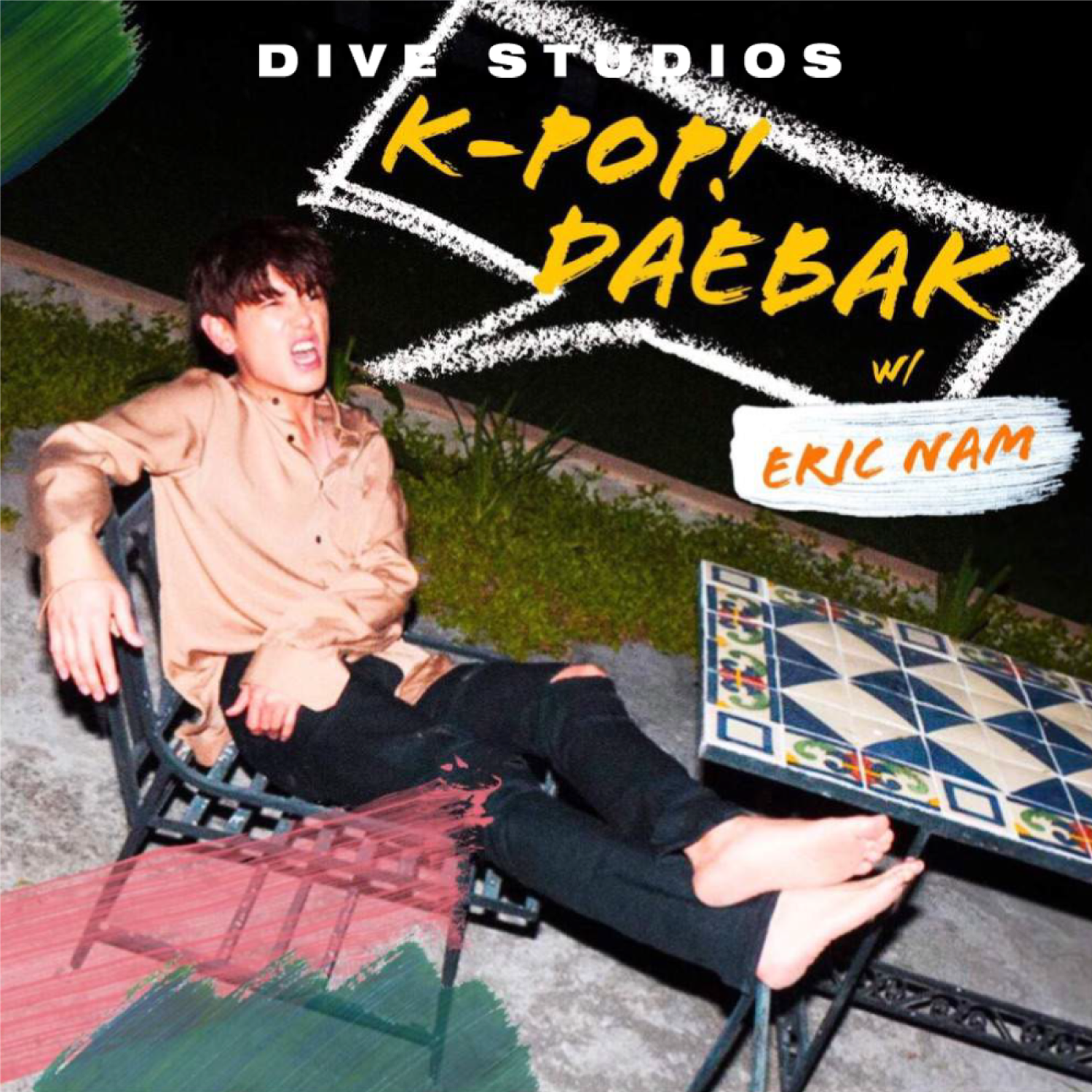 Hailing from the land of talented music groups and the catchiest tracks, K-pop Daebak w/ Eric Nam is a weekly podcast that spotlights the best new music and artists in K-pop. Hosted by Korean singer and personality, Eric Nam, each episode brings you reviews of the industry’s latest tracks, specially curated playlists, and insight on what it’s like being a K-pop idol. Eric also often brings on some of the biggest names in K-pop and international music today, such as f(x)’s Amber Liu, Lauv, Yuna, and ph-1. 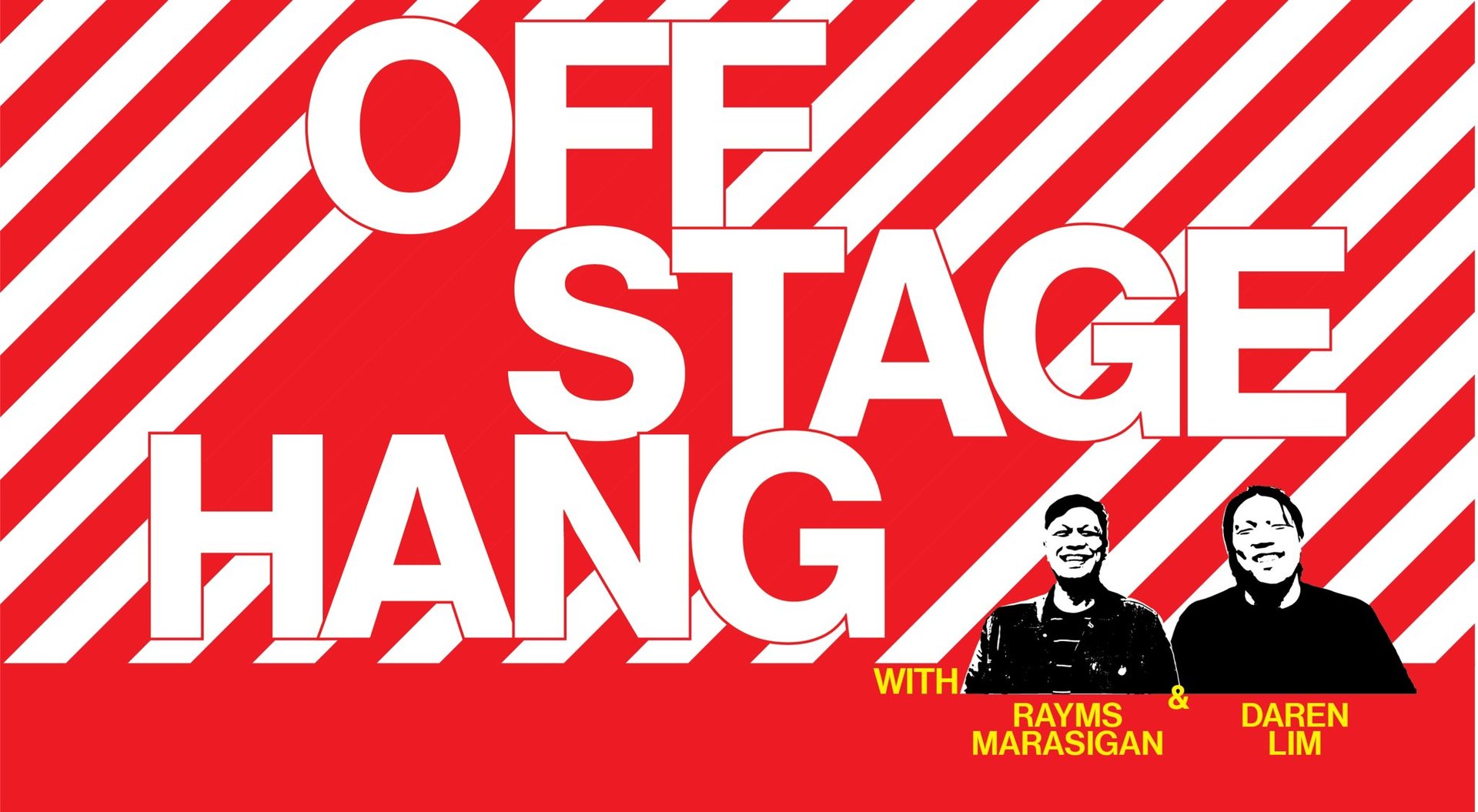 Raymund Marasigan and Daren Lim have teamed up for their new podcast, Offstage Hang. Bandmates in Squid9, and collaborators at D&D Guitars, the pair is set to talk about their offstage shenanigans with fellow musicians. The first episode will premiere on November 10 via YouTube and will feature Sandwich and Chicosci guitarist, Mong Alcaraz. 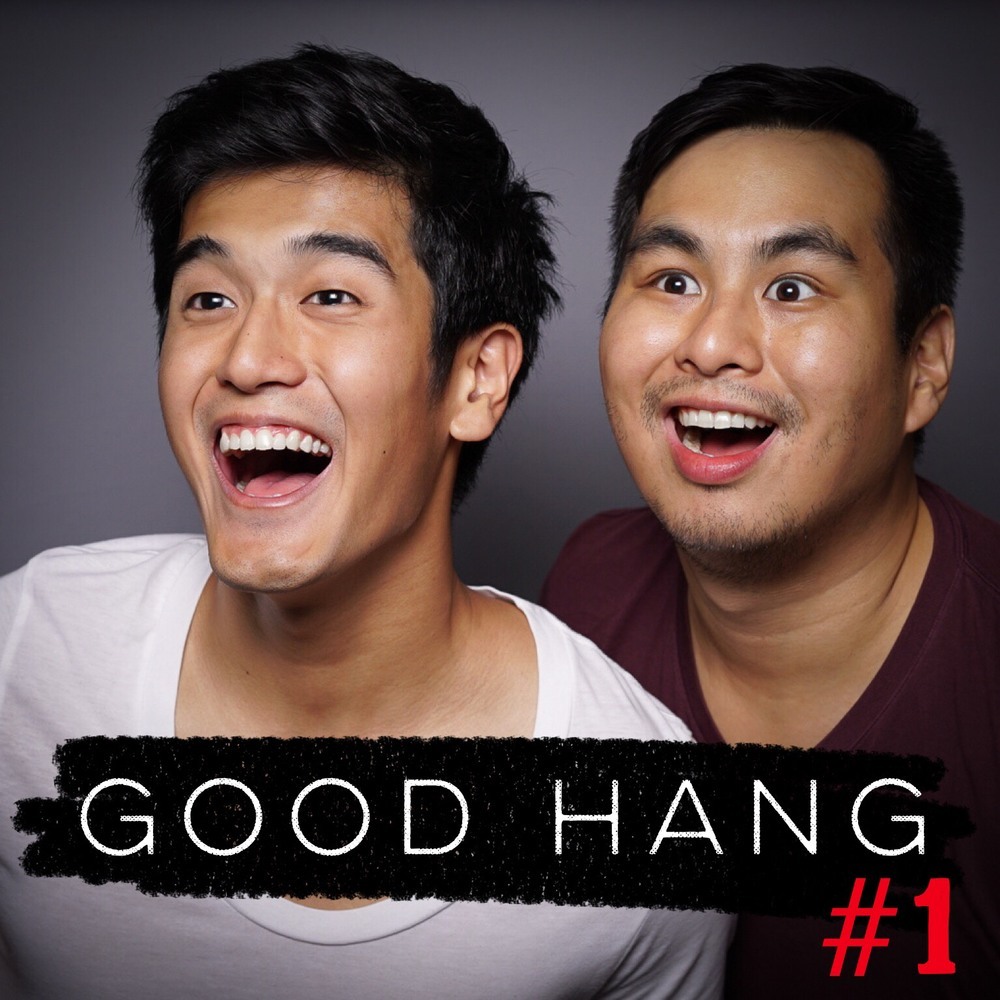 For all things Singapore, the Good Hang podcast is where it’s at. A podcast about pop culture, current events, and everything in between, Good Hang features entertainer Jon Cancio, and singer-songwriter Nathan Hartono. Every week, the two discuss everything from film, TV, and video games, to social issues and current affairs. Started in 2015, the podcast previously included topics such as the Black Lives Matter movement, The Last of Us 2, the Singapore Grand Prix, and more. 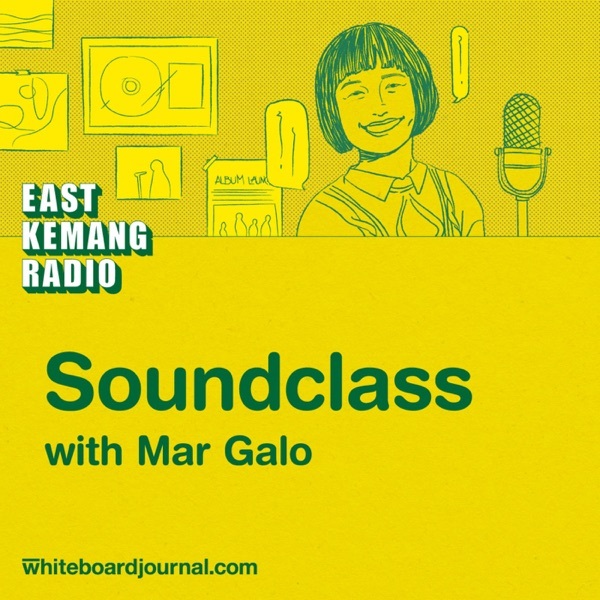 Soundclass is an Indonesian interview podcast by Whiteboard Journal’s East Kamang Radio, and hosted by film score composer and member of Jakarta-based band Jirapah, Mar Galo. Inviting guests from an array of backgrounds and fields, Mar talks to them about the songs that have inspired them and influenced their work. Soundclass has previously featured guests in the likes of authors, models, film directors, musicians, and more.

Soundclass is available on all major streaming platforms, including Apple Podcasts, and Spotify, as well as Whiteboard Journal’s official website. Catch the latest episode here:

Wake Up With Jim & Saab (Philippines) 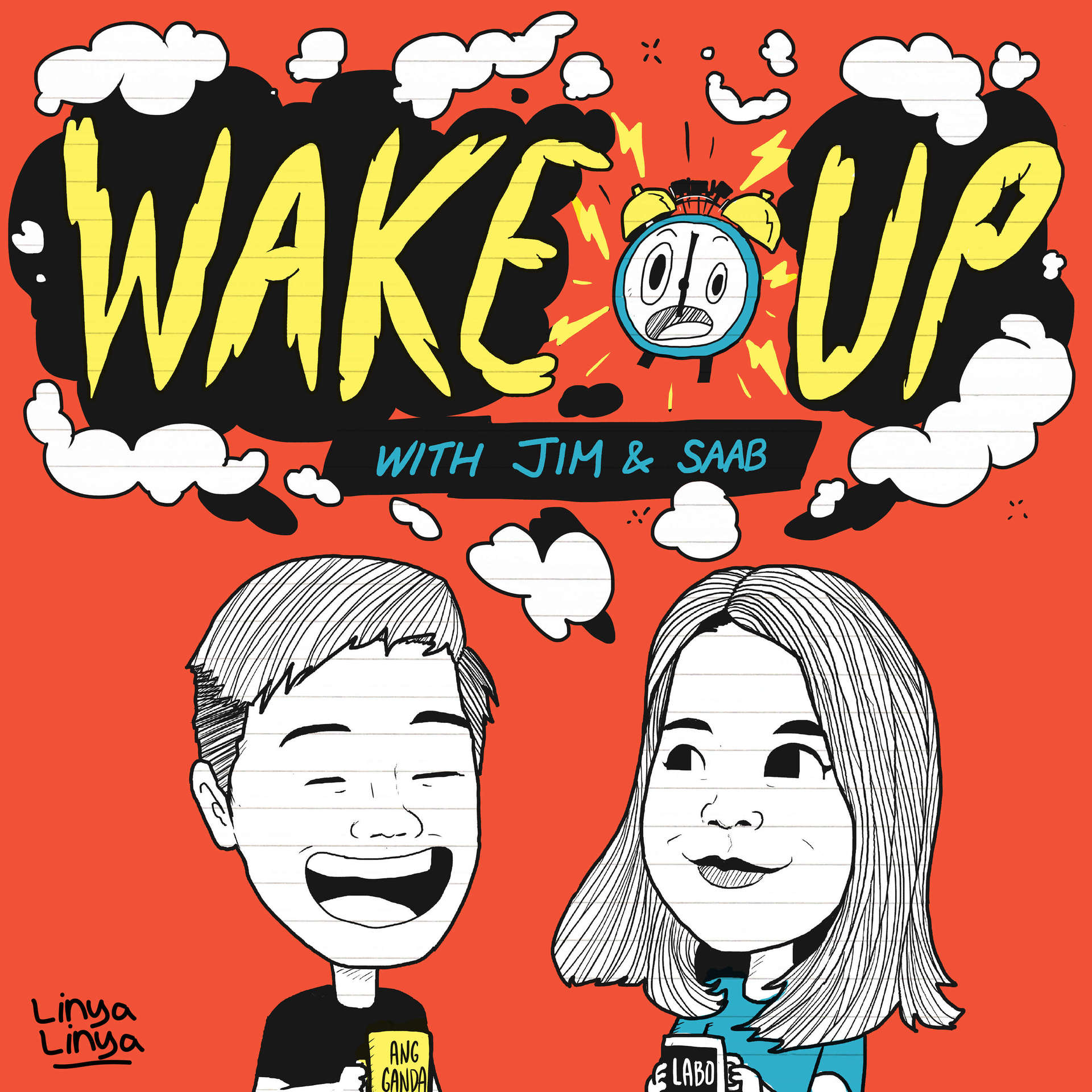 Hosted by married couple and Cheats bandmates, Saab Magalona and Jim Bacarro, Wake Up With Jim & Saab talks about the couples' adventures as new parents and a married couple. Much like morning conversations with the family, the podcast series acts as a simple conversation on musings on life, culture and music. While often sharing anecdotes from their personal lives, the couple also reviews their favourite films and songs, occasionally inviting guests such as Oh Flamingo!, Reese Lasangan, Ely Buendia, and The Itchyworms.

Wake Up With Jim & Saab is available on all major streaming platforms, including Apple Podcasts, and Spotify. Catch the latest episode here: 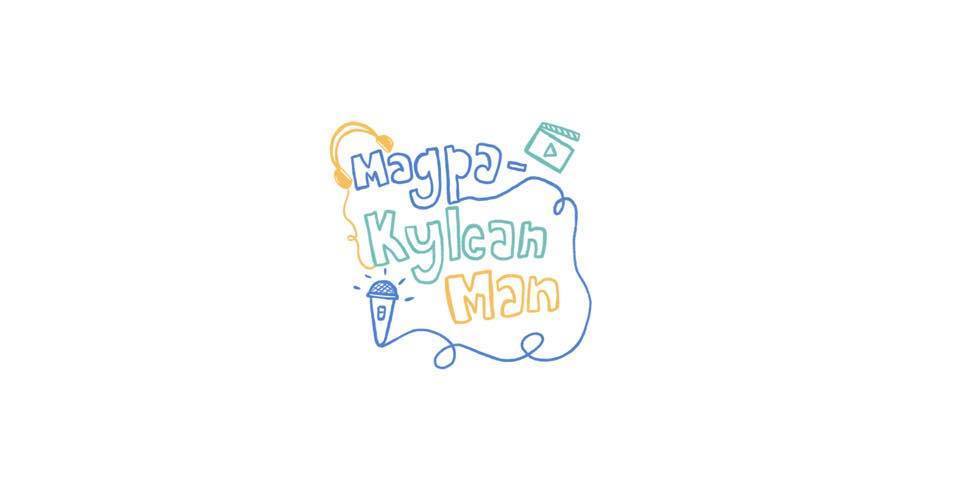 Held over a Facebook group, MagpaKyleanman is a podcast hosted by Cheats' Manny Tanglao and Kyle Quismundo. The podcast touches on everything Filipino. Kyle and Manny also often bring guests onboard, with previous episodes featuring Linya-Linya's Ali Sangalang and Reese Lansangan.

Join the podcast's Facebook group to tune in to MagpaKyleanman.