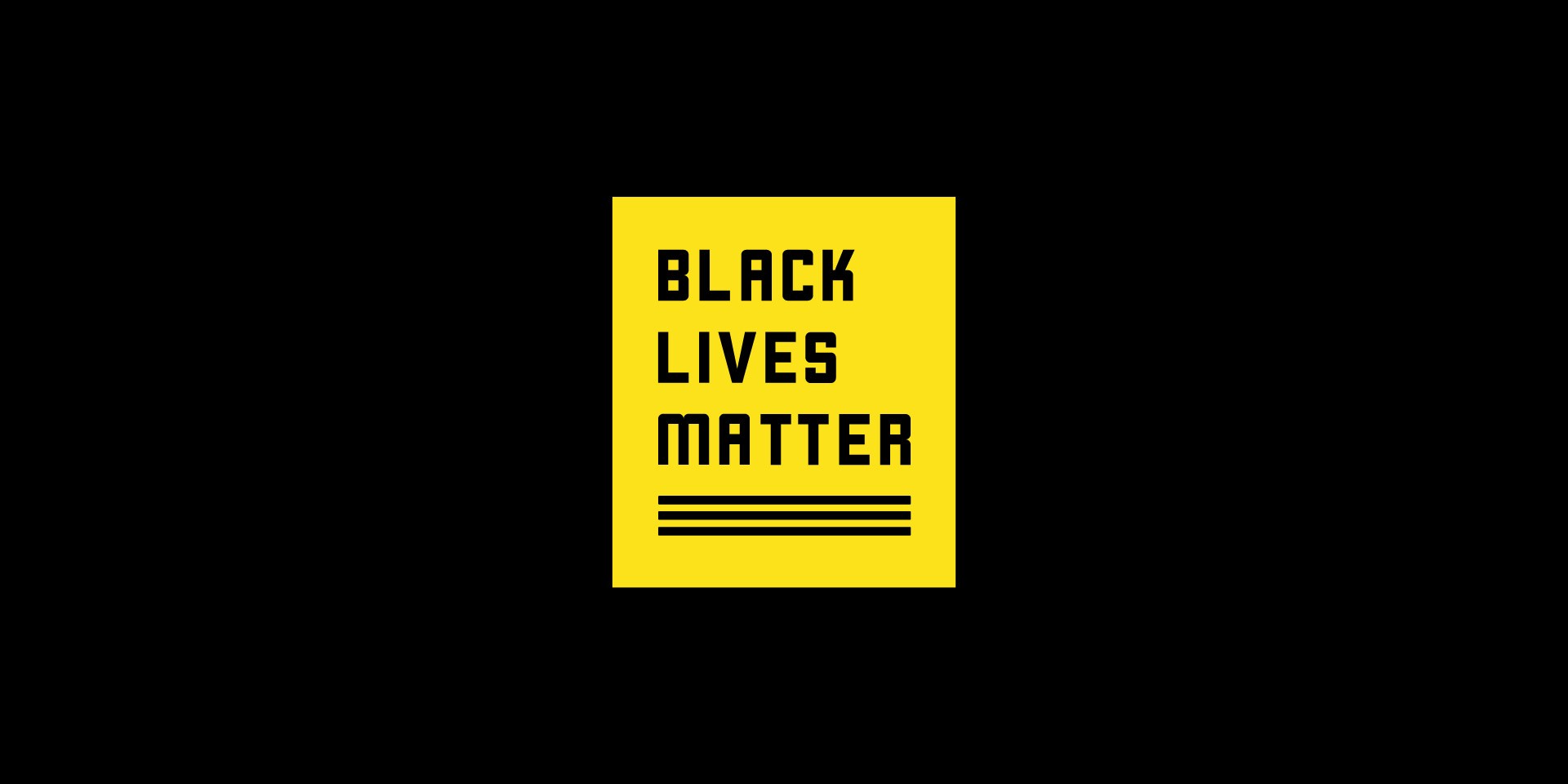 Musicians from all across the world are using their platforms in support of the Black Lives Matter movement.

Over the past week, following the death of George Floyd, rallies and demonstrations were held in over 100 cities worldwide as a cry against police brutality and the racial injustice people of color experience.

Read the statements artists and members of the music industry have shared below.

We stand against racial discrimination.
We condemn violence.
You, I and we all have the right to be respected. We will stand together.#BlackLivesMatter

BTS, alongside their record label Big Hit Entertainment, has also donated US$1 million in support of the movement. The pledge was then matched by the group's legion of fans within 24 hours, which comes as the latest showcase of support and solidarity by K-pop fans.

As an Asian-American, my freedoms are a result of the Black movements. As an Asian-American & an emcee, I participate in and benefit from Black culture. This online discourse is honestly even the bare minimum. I need to do better & will do better. ✊🏽♥️ #JusticeForGeorgeFloyd

Filipino-American rapper and music producer Ruby Ibarra opened up about how she as an emcee benefits from Black culture.

i don’t study politics as much as i should but it doesn’t take any of that knowledge to know when something is wrong.

get empathetic. get enraged for OTHER people.

but it’s really not about you. if you are not in danger because you simply exist it is not about you. why are you defending YOURSELF? you in the crib having racist thoughts? you feel exposed??

American Singer-songwriter Kehlani has been using her platform to raise awareness and encourage her fellow artists to donate to organizations like People's Break Oak.

Jae of K-Pop group Day6 shared resources on how to support the Black Lives Matter movement.

Friends who are protesting: if you are arrested, know your rights

If you’re an Asian hip hop artist and you not doing anything to help the struggles of the black community right now then just stop. You DO NOT deserve to rock this art form. Donate. Join peaceful protests. Posts socials. Initiate uncomfortable convos with family + friends. Now 🚨

Chinese-American rapper Bohan Phoenix urges listeners to donate, join peaceful protests, and use their voices to show their support for the Black community.

Sick of making post’s like this and sick of the same shit happening over and over again. Me being inspired by black culture aside me having black homies aside just as a man and a human being.. to think how helpless he felt and how inhumane he was treated... to think what if that was my dad, or uncle or homie makes me sick to my stomach. Countless INNOCENT UNARMED ppl losing their lives and nobody taking responsibility or being held accountable. Ppl who are supposed to protect and keep the public safe don’t even have the common sense or compassion to know if they are killing somebody innocent? Police Departments and Ppl in position of power not doing anything to provoke change.. all of it makes me sick... the whole system is corrupt... and nobody wants to admit it cause they are all afraid of taking responsibility for countless years of unjust inhumane treatment. Cant even begin fathom how fed up the black community is with so many years of abuse. I Pray to God the truth prevails and i Pray to God ppl who have compassion and empathy are put into a place of power and authority and ppl who abuse their power for their own greed and ego and to feel superior all disappear. Same for the civilians abusing their privilege calling the police and LYING. Act like some Fuckin human beings and may God have mercy on ur souls. #RIPGEORGEFLOYD

Jay Park shared a lengthy message via Instagram saying how Black culture has inspired him as a musician. He also donated $10,000 in support of Black Lives Matter.

Tablo of hiphop trio Epik High encouraged their listeners to demand for justice.

i'm doing my best to help and support. pic.twitter.com/M9XJPv5Ru1

Many artists and people around the world get so much inspiration by black culture and music including me. We have a duty to respect every race. 모든 인권은 존중 받을 권리가 있다고 생각합니다. #ripgeorgefloyd #blacklivesmatter

Speechless at the injustice. This must end now. We all have to educate ourselves and show up as allies. https://t.co/u9yDAIoNqz

Riz Ahmed encouraged fans to educate themselves and show up as allies for the movement.

DPR Live of 'Playlist' fame wrote his thoughts—in Korean and English—on how the Black community needs local and global support.

Other artists, including the likes of Beyoncé, Billie Eilish, Taylor Swift, Slipknot, and Harry Styles have also expressed their sentiments for the Black Lives Matter movement. Ariana Grande, Tinashe, Shura, YUNGBLUD, Halsey, Lamb of God, 5 Seconds of Summer, and J. Cole also went to the protests to show their support.

See their posts below.

If you want to demand more charges brought on all those involved in the death of George Floyd, click the link in my bio to sign the petition.

Being not racist is not enough, we must be anti racist.
Social change is enacted when a society mobilizes.
I stand in solidarity with all of those protesting. pic.twitter.com/45MSXAWEJl

After stoking the fires of white supremacy and racism your entire presidency, you have the nerve to feign moral superiority before threatening violence? ‘When the looting starts the shooting starts’??? We will vote you out in November. @realdonaldtrump

When will the majority of protests & outrage be led by white people & police officers everywhere? These are your people killing us. Why are OUR voices & outrage LOUDER THAN YOURS during these times? WE DIDN’T DO THIS. I’m tired of US HAVING TO DO THE WORK YOU SHOULD BE DOING.

When law and order becomes more important than people and water. You are living in a police state that’s doomed to its own fate.

This part of the quote especially: “Social justice and progress are the absolute guarantors of riot prevention.” America will spend the money to pit military equipment against its citizens but won't do enough to invest in actual justice that will bring real peace.

Another photo of Ariana at the #BlackLivesMatter protest in Los Angeles pic.twitter.com/IpeD7QznPp

“The Hidden City” Richmond, VA. 5.31.2020 Today I went out to shoot a protest & to listen. There was mostly talk of current events, of how people were sick & tired of being afraid for their lives. I shot & walked & listened to these people speak in the 17th Street Farmer’s Market, the former site of the second largest slave market in the USA- these men and women were standing on a podium speaking of equal rights & justice on the very same spot that slaves stood on the auctioneer’s block to be bought & sold as property. Then I walked a block to visit the site of the nearby Lumpkin’s Slave Jail, a place so brutal it was known as “The Devil’s Half-Acre” amongst slaves. Next to that is the spot where the slave Gabriel was hung at the gallows for his attempted rebellion in 1800- some of the stones from the gallows block he hung from were used to build the Broad St. bridge that passes over I95. Beside that I walked in the African Burial Ground, where the bones of slaves rest to this day in one big unmarked grave. So you see, my friends, there is a hidden city inside our city & you can see it if you but bother to look- it is everywhere. And the psychic legacy of that hidden city lives on in the pain of our black citizens who are so hurt & angry right now. The problems we are having today are NOT NEW. They are not just about one black man dying under a cop’s knee in Minnesota- THEY ARE 400 YEARS OLD. The Africans did NOT ask to be brought here- they were taken from their home by force. Their descendants are raised with that knowledge from birth, & still get treated as second-class citizens- how do we expect them to feel? I can trace my history back to the British Isles a very long way- most black Americans are lucky if they even have a record of a slave ancestor who was given their master’s name- they have no idea of their real, African family name. Their known history ends there- SLAVERY. Some people blow off this history by saying “Hey- I’ve never owned slaves- that was a long time ago.” True - but it’s utterly foolish to think that history does not shape today. So pay attention, people- listen to the hidden city & learn its lessons, so our city doesn’t burn today.

Several roads have brought us to this point. Only one road is going to lead us out of here. We HAVE to take the road together. Fight injustice. Fight racism. Fight oppression.

Video of J. Cole joining the protests in North Carolina:pic.twitter.com/V59DZms7Fi

I SAID “UNDOCUMENTED LEAVE NOW” BECAUSE I WAS REFEREING TO THE ASSEMBLY. DIDNT THINK ABOUT THE WORDING OF IT WAS TRYING TO KEEP MY FRIENDS SAFE PLEASE DO NOT SPREAD IT OUT OF CONTEXT I WAS TRYING TO TYPE FAST AND NOT TO GET SHOT !

the first time in this pandemic that I have left my apartment for anything that wasn’t groceries because #blacklivesmatter pic.twitter.com/IcdQMaVDtX

nobody is free until we are ALL free. 🖤🖤🖤 #BlackLivesMatter pic.twitter.com/soQv6PVIM5