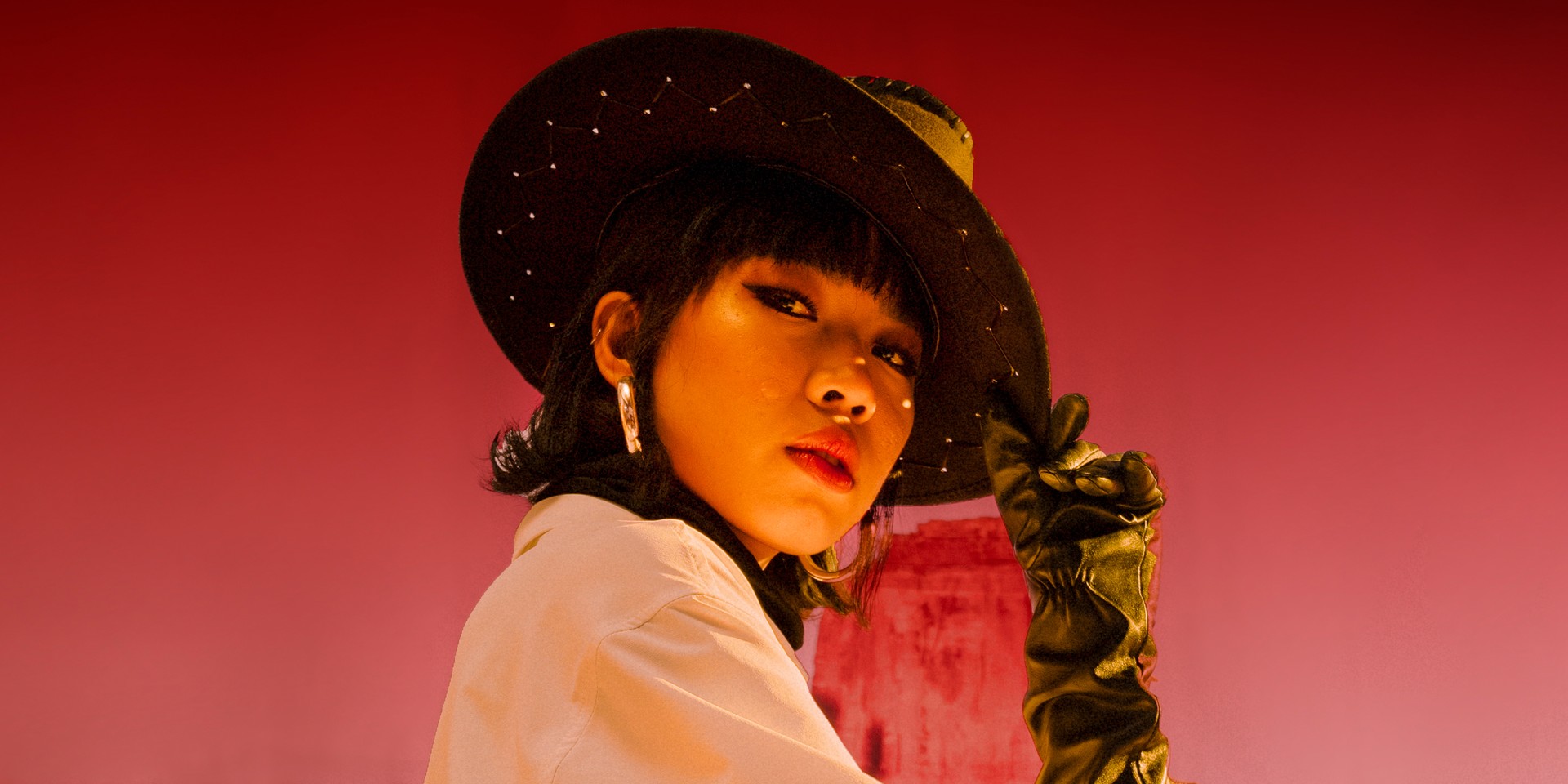 Ramengvrl walks into the spotlight to the crowd shouting "Bitch, I'm me," rapping along to her powerful anthem 'I AM ME'. The Indonesian rapper's confident front was not was built in a day, but here she is today, undaunted in her journey to conquer the world.

28-year-old Putri Estiani is one of Indonesia's renowned hip-hop icons, having made her way from her secretive Soundcloud demos to the forefront of the local rap scene. Music-making was her solace from the dreary corporate jobs she held, but it was also something she kept secret from her colleagues and family.

"When I was starting out, the local hip-hop scene definitely was not conducive at all. Even for rappers from the West, only a small community listened to it. So I think that's why I kind of lowkey hid the fact I did hip-hop for a while," Ramengvrl said.

Being raised in a conservative family, pursuing music as a profession was the last thing Ramengvrl could tell her parents without giving them a 'low-key heart attack', she said. With financial security being the foremost concern in her family, Ramengvrl did not expect them to eventually open up to the idea after she saved up enough for her own music career.

"I know that I have this gift, I'm super blessed with it and I know that I can make some good shit. The fact that I know about and I'm stuck in this cubicle pushing numbers into [an] Excel [sheet], that just doesn't resonate with me," she said.

It took years for Ramengvrl to break out of the conservative mold that was built around her, but when she did, she swore never to stop. After releasing her debut single 'I'm Da Man' in 2016, she was nominated as the Breakthrough Artist of the Year at the Indonesian Choice Awards and the Newcomers Best-Best for the Indonesian Music Awards in 2018. In the same year, she played to thousands of Indonesians at We The Fest 2018, which was when her ex-colleagues found out about her once hidden potential.

Ramengvrl went on to release her first mixtape no bethany in 2019, featuring Malaysian rapper Hullera and Indonesian rappers Matter Mos and Rayi Putra. In the same year, she made her way to the States, where she recorded her single 'Vaselina' with American rapper Euro. It was later revealed that she had been signed to Empire, the hip-hop record label behind releases from the likes of Kendrick Lamar, Snoop Dogg, Tyga, Anderson. Paak, and more.

"We were just vibing, then he [Euro] showed us this 'Vaselina' beat, and I was just, yo, this is it. It naturally came out, like vaselina gasolina, it was super natural," shared Ramengvrl on how the track came to be.

"The fact that we both came from such different backgrounds, such different upbringings, but we come together to collab on this one track, it just shows that no matter where you come from, no matter who you are or the colour of your skin, or like, how slanted your eyes are, it doesn't matter," she said.

A lil sneak peek 👀 also why am i annoying

Ramengvrl is set to unveil her latest single 'Look At Me Now' in collaboration with H1GHR MUSIC's Ted Park this 16 October. She described it as 'not just a feel-good song', but a motivational anthem that encapsulates both their backstories from the ground up.

“At that time, nobody believed in me. I probably didn’t even believe in myself like that,” said Ramengvrl.

"'Look At Me Now' is like showing that whatever you do, if that's what you really really want to do, just 'whatever' with people saying shit about it because you can never know. I mean, look at me now!"

cant wait for yall to listen to my next single w @tedparkboi coz i swear issa bop 🔥 meanwhile, join the challenge on tiktok & pre-save it so u be the first to listen! Link in bio 😈

With her collaborations stretching further across the globe with each track she puts out, Ramengvrl shared that working with Empire was a huge milestone for her. As an Indonesian artist, the fact that she is able to experience hip-hop in its birth country with the veterans themselves is a huge blessing in itself.

Ramengvrl's influence by the States dates way back to her all-time inspiration, Nicki Minaj. While her love for hip-hop owes to the likes of Kanye West, she shared that as a fellow woman in the scene, Nicki was the one who paved the way for many musicians, not just rappers, and inspired her to carve out a name for herself.

"I’m not ashamed to say this - of course I want to be a great rapper, a great musician, or female rapper if you will, but my long term goal is to make a household name for myself," said Ramengvrl.

“I want people to say my name like Ramengvrl, like how they would say the name Jay Park.”

Soon after she drops 'Look At Me Now', she will continue to release more music this year.

“'Look At Me Now' is definitely not the last, that’s all I can say for now.”

Listen to Ramengvrl's latest single with Ted Park, 'Look At Me Now' here: