Centered on passion, hard work, and family, H1GHR MUSIC is one of the labels pioneering the next wave of hip-hop.

The record label was formed in 2017 by long-time friends and frequent collaborators Jay Park and Cha Cha Malone. Founded on the mission to showcase undiscovered talents in R&B and hip-hop, H1GHR MUSIC puts a spotlight on budding acts from Seoul all the way to Seattle with the hopes of bringing them to the global stage.

Since day one, the label has been building a roster of artists unlike any other. From hard rap to soulful R&B and from producing to songwriting, H1GHR MUSIC is currently home to 16 acts, all boasting unique musicality and an impressive dedication to their craft.

In 2020, H1GHR MUSIC dropped a two-part compilation album, entitled RED TAPE and BLUE TAPE featuring the label's entire roster. While this year, they won Label Of The Year and Music Video of The Year at the 2021 Korean Hip Hop Awards.

Get to know the artists that make up H1GHR MUSIC. 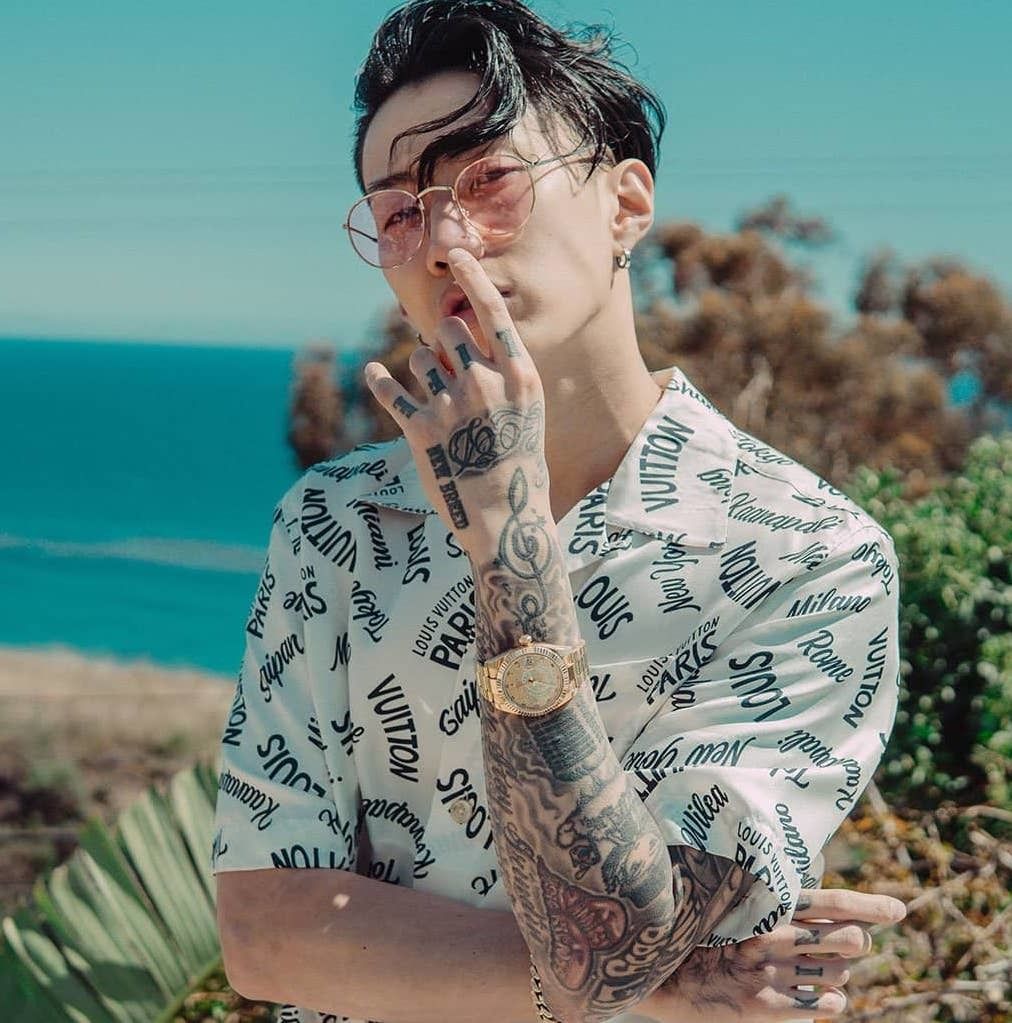 Even if you're just entering the world of Asian hip-hop and R&B, you've definitely come across Jay Park. Considered one of the most prolific artists in his genre, the singer-rapper has made a name for himself with his catchy hooks and seamless transitions between smooth vocals and hard rap verses.

Jay Park, or Park Jaeboum, first entered the world of music through K-pop, having been a member of JYP Entertainment's 2PM from 2008 to 2010. After leaving the group, he started his career in hip-hop and R&B where he quickly rose in fame and popularity, even becoming Roc Nation's first Asian artist in 2017.

In 2013, he founded the well-known Seoul-based hip-hop label AOMG, followed by H1GHR MUSIC four years later. Jay Park is well known for his tracks 'All I Wanna Do', 'MOMMAE', 'Solo', 'Drive', and more. 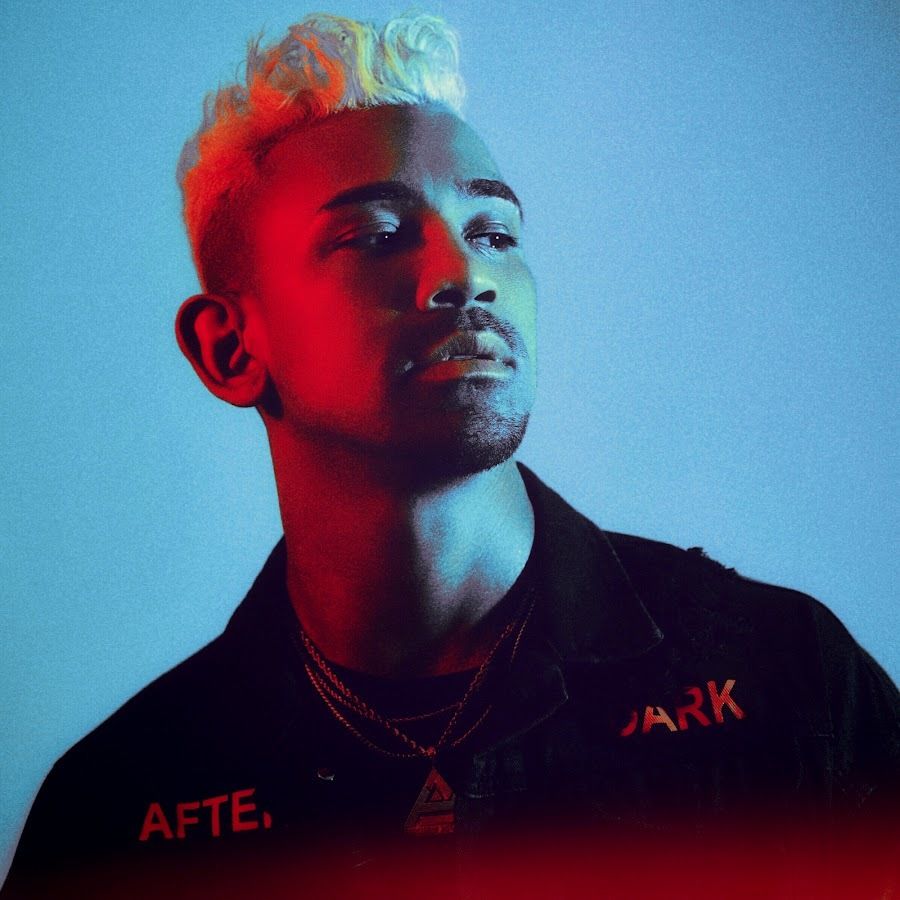 Cha Cha Malone is one of Korea's most sought-out producers, having produced and worked on some of the country's biggest R&B and hip-hop tracks. Essentially, if you hear a song with his iconic producer tag: "I need a Cha Cha beat boy", just know the track's going to be a hit.

Cha Cha Malone, or Chase Vincent Malone, is the co-CEO of H1GHR MUSIC. Of Filipino and African-American descent, the singer-producer grew up in Seattle where he joined the b-boy dance crew, Art of Movement where he met Jay Park.

Through the years, Cha Cha Malone has worked with acts like Red Velvet, SHINHWA, NU'EST, EXO's Kai and Baekhyun, Loco, WOODZ, and Beenzino, as well as artists under AOMG and H1GHR MUSIC. On his own, he's also put out a handful of notable singles. 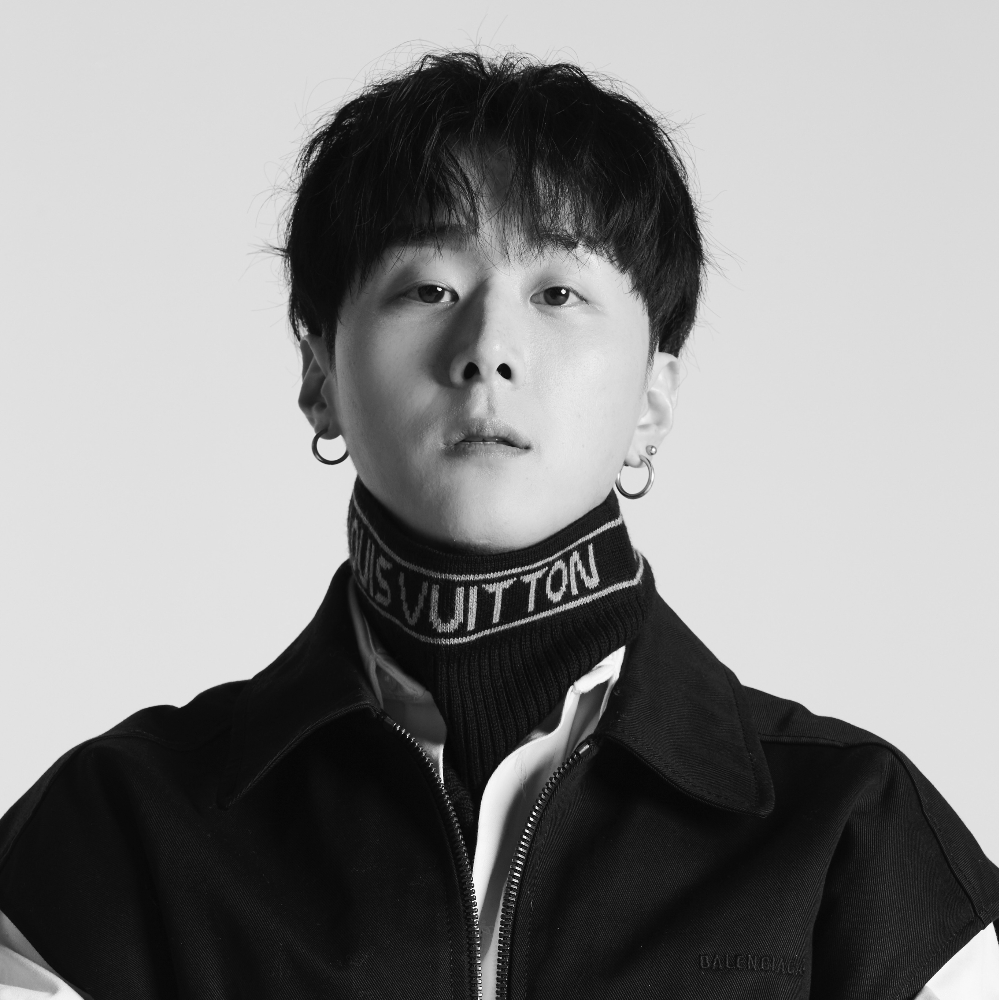 Raised in New York but now based in Seoul, pH-1 is one of the most prominent rappers in Korean hip-hop today. Wanting to create a whole new experience of hip-hop and rap music for his listeners, the artist focuses on harnessing positivity and truth through his music.

Taking his name from combining his Korean name, Junwon and his English name, Harry Park, pH-1 officially debuted with his single 'Wavy' and his EP The Island Kid in 2018. He has since released two albums and a handful of singles, as well as collaborated with acts like MAMAMOO's Wheein, LEEBADA, JAMIE, and more.

pH-1 was one of the first artists signed under H1GHR MUSIC in 2017. 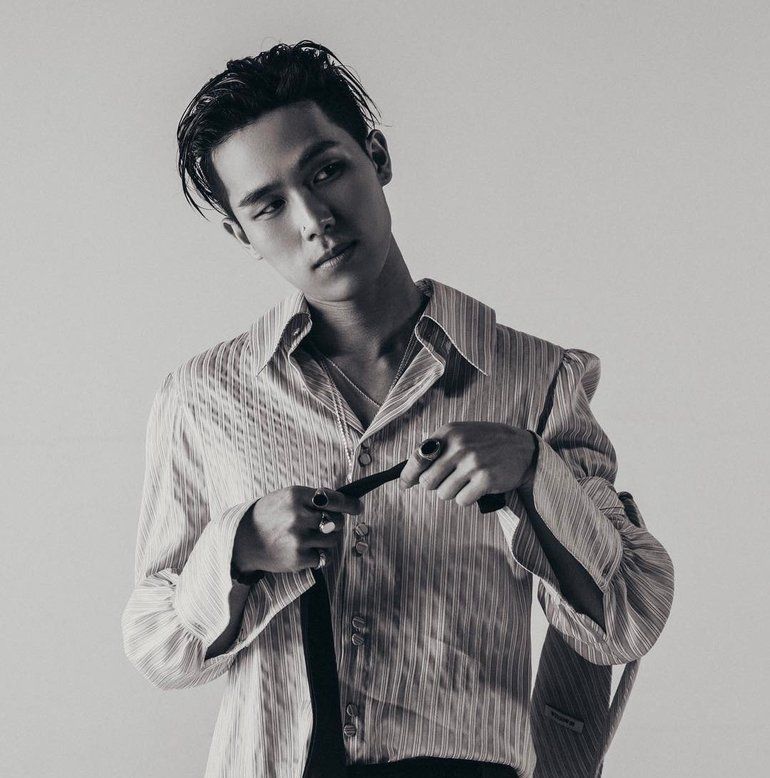 Alongside pH-1, SiK-K was part of the label's original roster of artists, after gaining immense popularity in the rap competition show Show Me The Money. The rapper joined in the show's 4th season and competed under Team AOMG coached by Jay Park and Loco.

An artist highly regarded for his versatility, SiK-K has been dropping chart-topping singles since 2017, including 'iffy', 'RING RING', 'party (SHUT DOWN)', and 'Rendezvous'. Most recently, he released his sophomore album HEADLINER that showcases his artistic range and impeccable musicality. 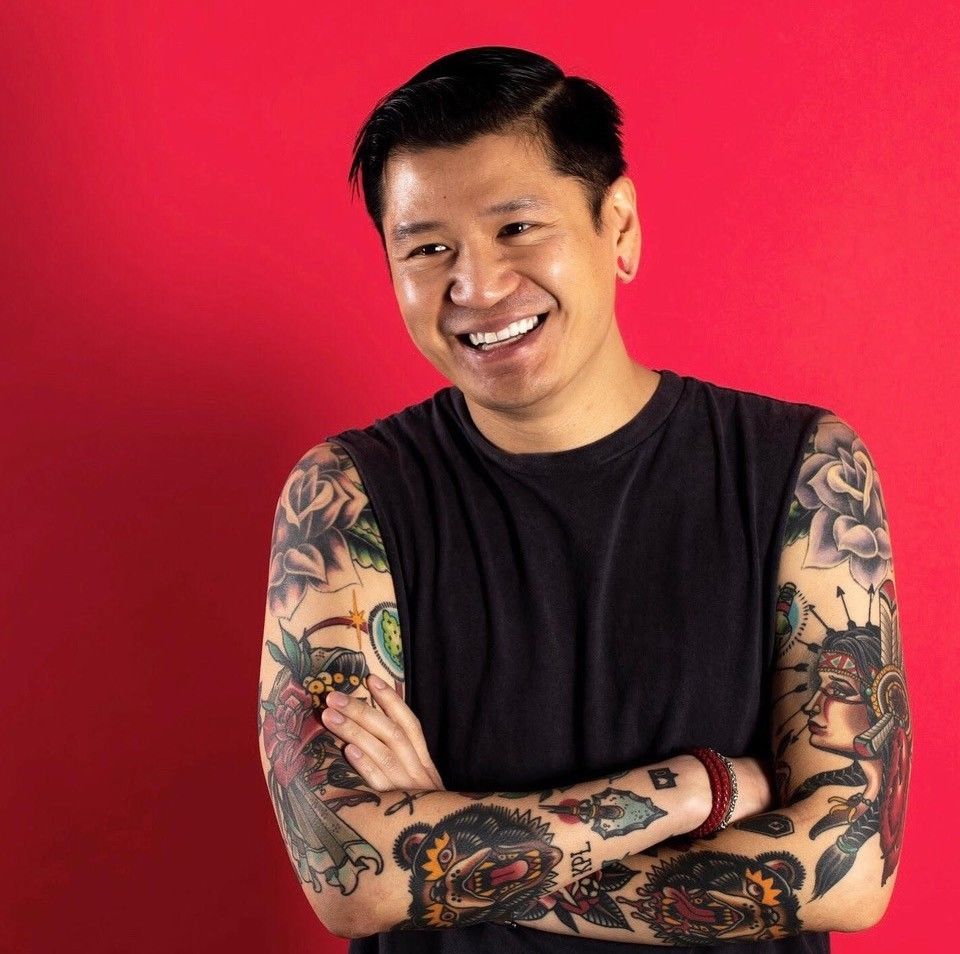 Crossing over a multitude of genres, YULTRON is an artist not afraid to step out of the box. Known for his tracks 'Hell On Earth', 'Forget About Tomorrow', and 'The Bottom', the EDM producer and DJ has become a well-known figure at festivals all over the US.

In the past, the Los Angeles-based artist has performed at EDC Las Vegas and HARD Summer, and has even collaborated with prominent EDM acts Marshmellow, Kellin Quinn, DJ Snake, and many more.

YULTRON joined H1GHR MUSIC in 2017, being one of the first artists signed under the label's US division. 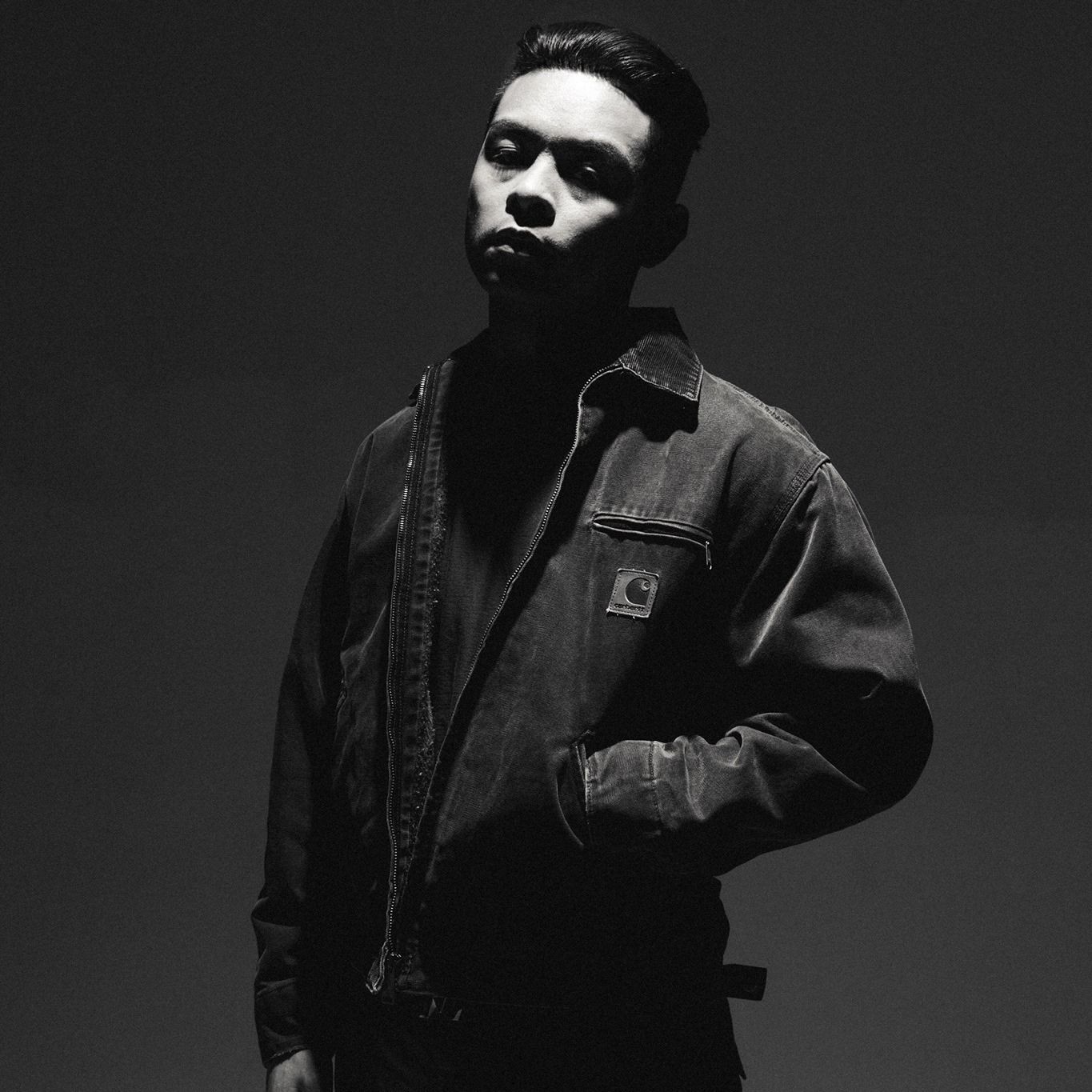 Phe R.E.D.S was also one of H1GHR MUSIC's first US-based artists, having met both Jay Park and Cha Cha Malone during their time in AOM.

A frequent collaborator for most of his fellow labelmates, the Cambodian-American singer-songwriter has gained fans from the US to Korea for his unique vocals and classic R&B musicality. Some of his most popular tracks include 'senseless', 'Smile', and 'Swing My Way'. 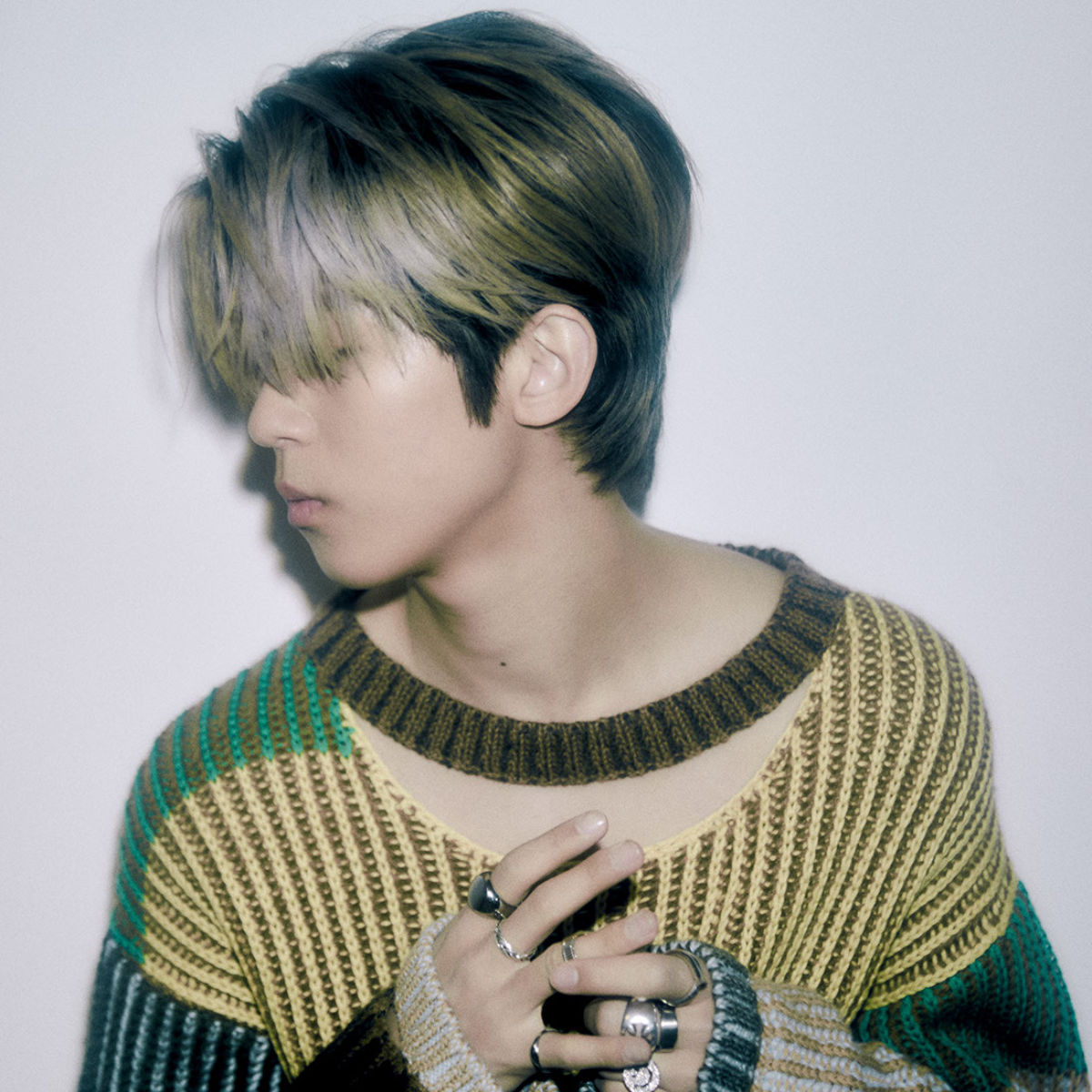 At only 17 years old, BIG Naughty has built quite a career for himself. The young artist was first known through the 8th season of the rap competition show Show Me The Money where he made it into the semi-finals, wowing judges and viewers with husky rap style and unique flow.

Since joining H1GHR MUSIC in 2019, BIG Naughty, also known as Seo Donghyun, has released a collection of highly regarded singles and most recently an EP entitled Bucket List. 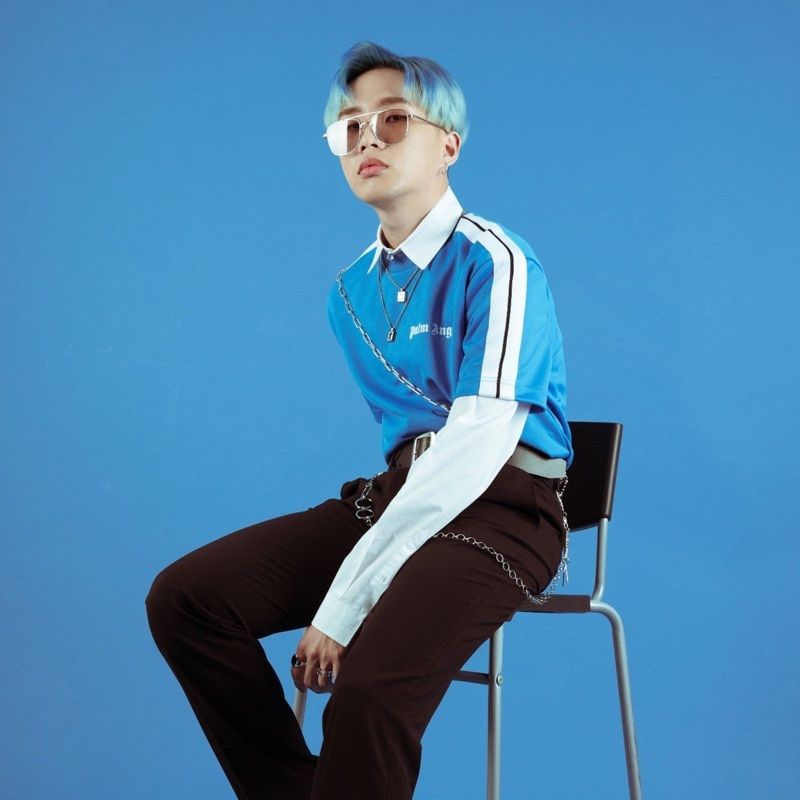 Another Show Me The Money alumni, Woodie Gochild wowed his coaches Jay Park and Dok2, and the audience with his distinctive auto-tuned rap style and exciting stage presence on the 6th season of the rap competition show. Soon after the show, the rapper was signed to H1GHR MUSIC in 2017.

Under the label, Woodie Gochild has dropped six singles and EP that features collaborations with some of the most prominent names in Korea's music scene, including MAMAMOO's Hwasa, Eric Nam, PENOMECO, and more. 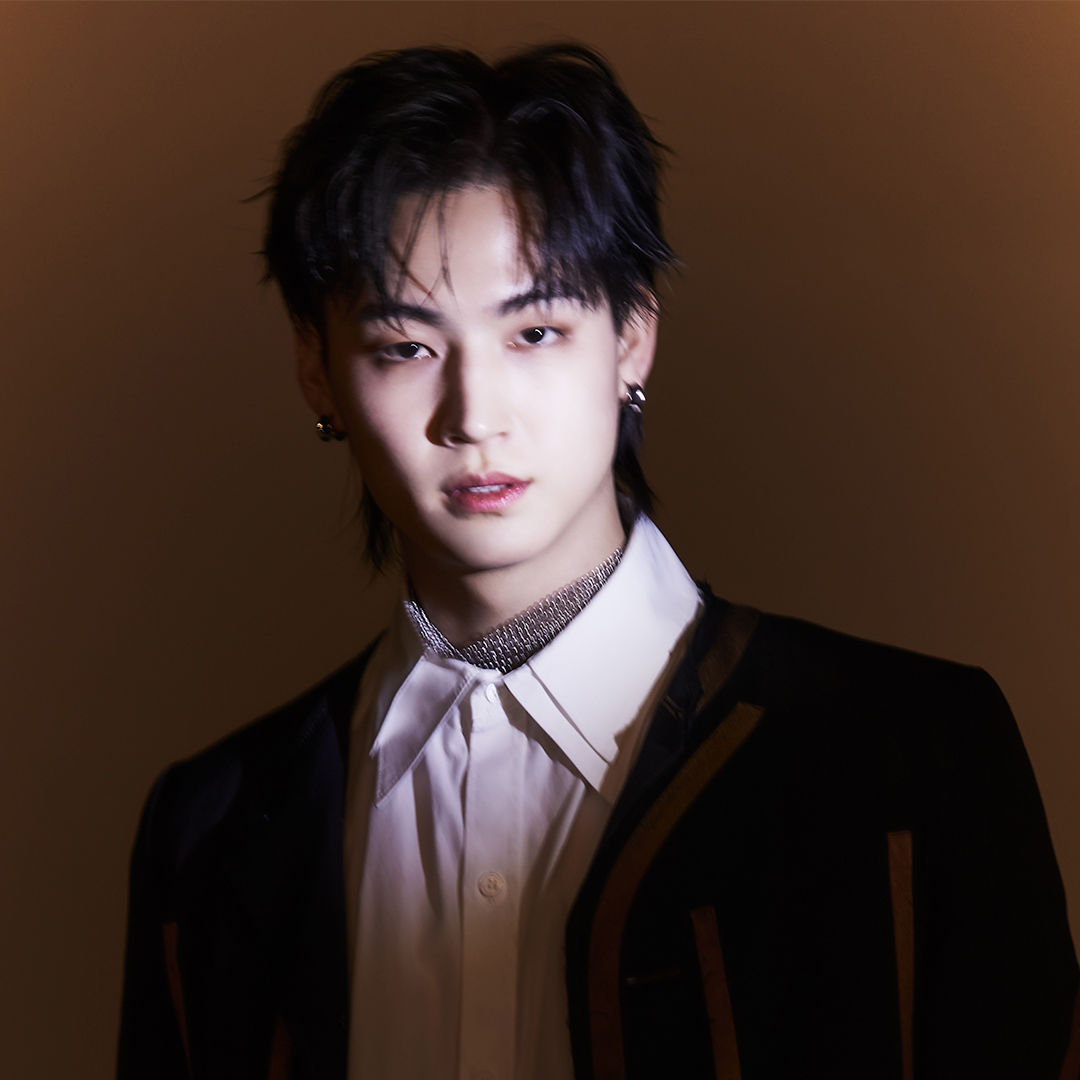 JAY B is H1GHR MUSIC's latest signee, having just recently debuted with his first-ever solo single 'Switch It Up' featuring Korean rapper sokodomo and produced by labelmate Cha Cha Malone.

The singer was formerly under JYP Entertainment as part of GOT7. In his seven years as part of the K-pop group, JAY B has racked quite the fanbase with his smooth vocals and impeccable dance skills. Under H1GHR MUSIC, the singer plans to continue being an all-around performer in the world of Korean R&B and hip-hop. 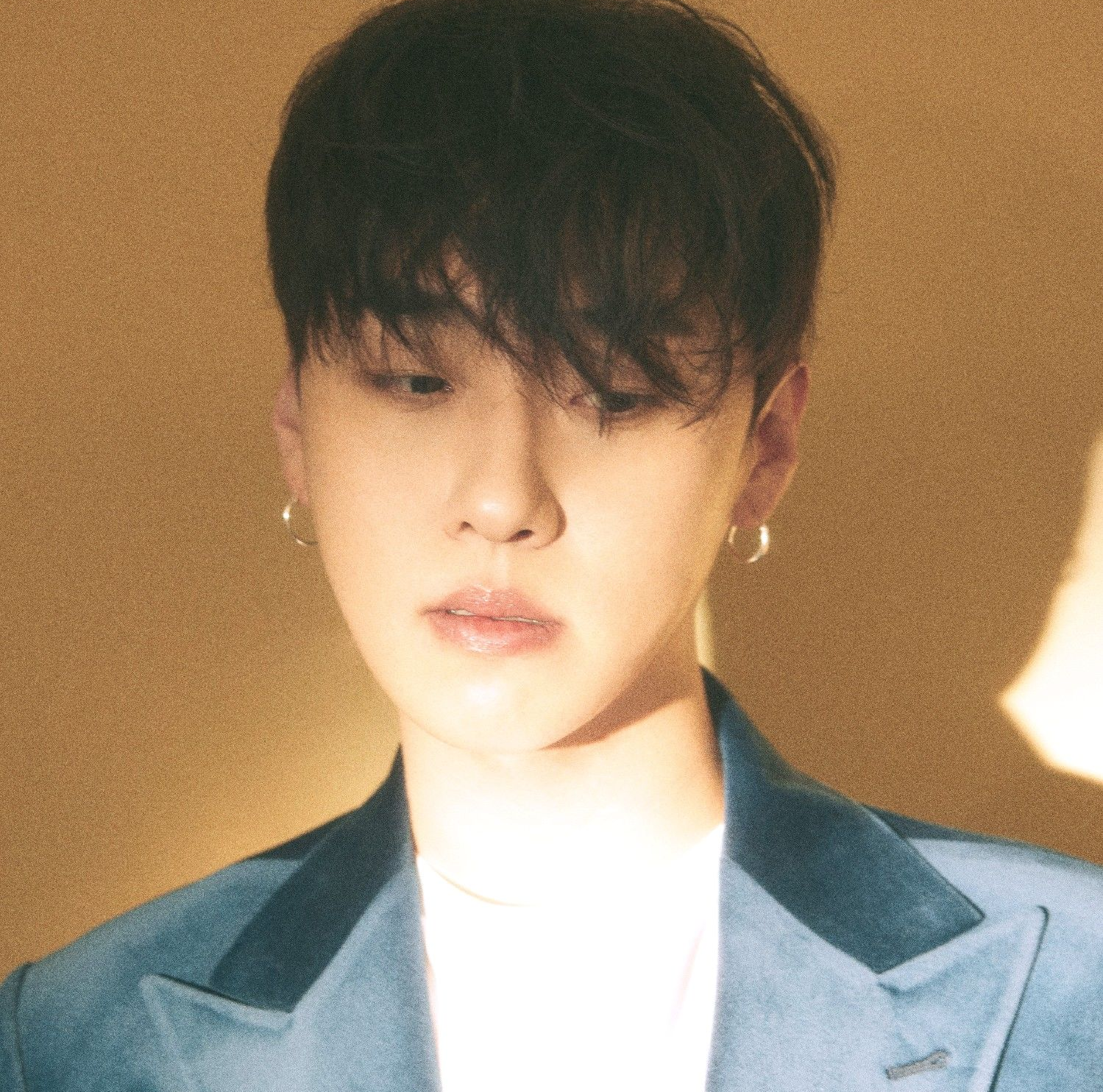 If you ever hear "WOOGIE on and on" at a beginning of a song, you can rest assured that it's nothing but the best from WOOGIE. Considered one of Korea's most promising and versatile acts, the renowned producer's discography is characterised by its easygoing R&B and soul melodies that consistently stand out from the sea of trap-heavy hip-hop music.

In the past, WOOGIE has worked with notable artists from all over the world including 2Chainz, punchnello, ROMderful, IU, and many more. 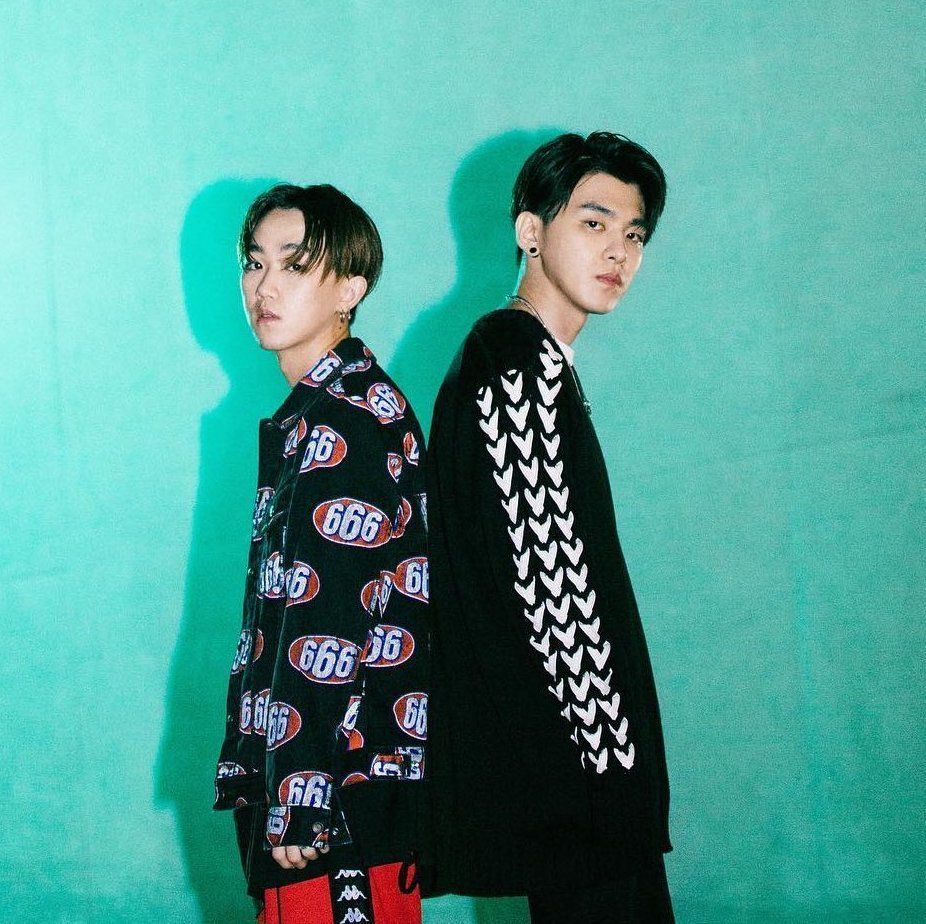 One of the few duos under the label, GroovyRoom consists of HWIMIN and Gyujeong who first met at their previous label. The producing and DJ duo's music is recognised by their iconic tag "Groovy Everywhere" that always follows a catchy track with nothing less of a foot-tapping tune.

In 2017, GroovyRoom joined H1GHR MUSIC, becoming part of the label's original producer roster alongside WOOGIE. That same year, they released their debut EP EVERYWHERE in 2017 which included chart-topping hits like 'Sunday' featuring HEIZE and Jay Park, and 'Somewhere' featuring Suran and pH-1. From there, the duo have continued to release award-winning tracks, easily become of the most coveted producers in Korea.

Most recently, GroovyRoom also launched their own label AREA, in partnership with H1GHR MUSIC. 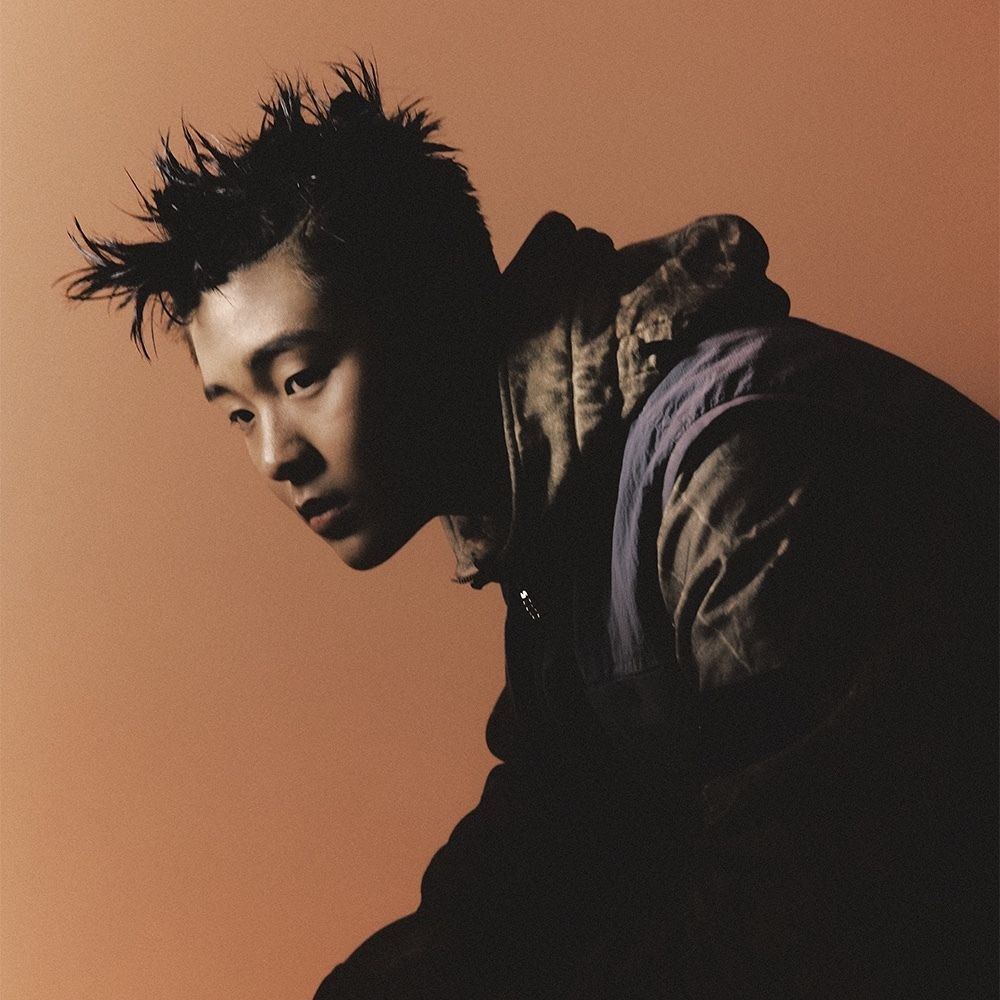 Alongside BIG Naughty, Trade L is one of the youngest acts under H1GHR MUSIC. Joining the roster in 2020, the young artist discovered his love for rap and songwriting in high school during which he posted his original tracks on SoundCloud. The rapper gained public attention and praise for his hard rap style, eventually catching the eye of Jay Park.

Trade L debuted under the label with his work on their compilation album, RED TAPE and BLUE TAPE. Teased to be an up-and-coming act to watch out for, the rapper is slated to release more music this year. 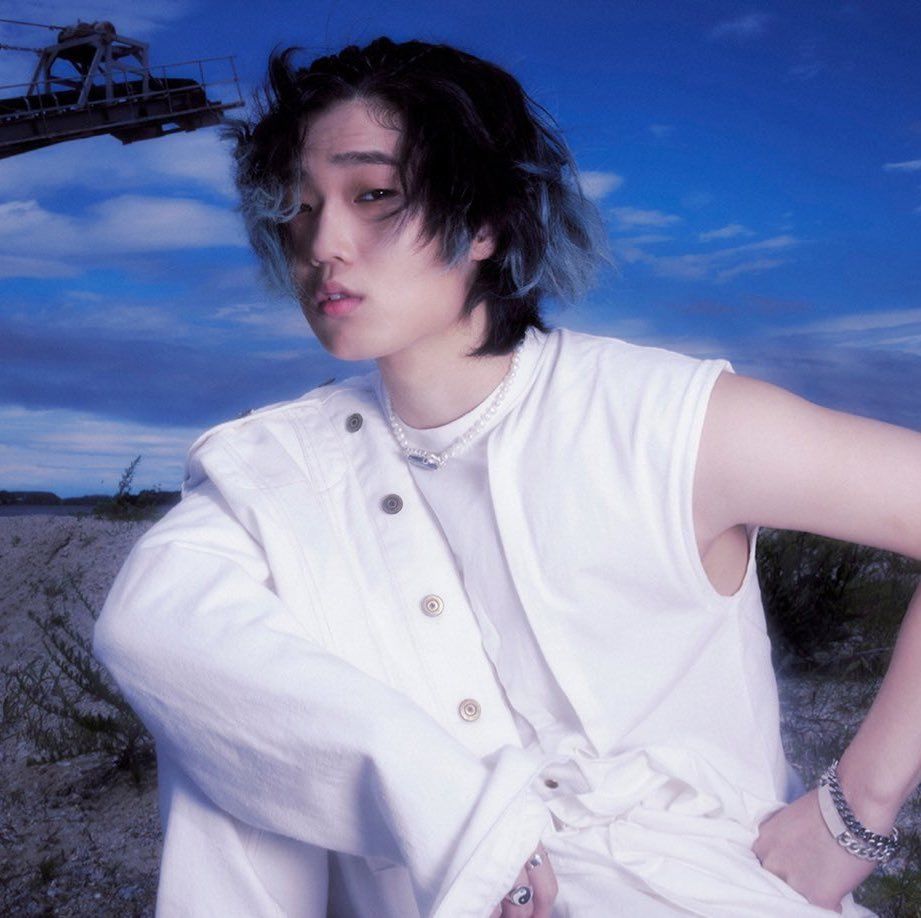 HAON first made headlines winning the second season of High School Rapper, a hip-hop survival show. With one stellar performance, the young act went from high schooler to rap sensation overnight. After the show, HAON was signed to H1GHR MUSIC.

Since winning High School Rapper, HAON has continued to push barriers with his creative lyrics and catchy flows. He released his debut single 'LOVE! DANCE!' in 2018, quickly followed by his first EP TRAVEL: NOAH that same year. Only a year into his music career, HAON had already won the Digital Music New Artist and Korean Hip-Hop New Artist awards at the 2019 Gaon Chart Music Awards. JMIN is H1GHR MUSIC's newest artist, joining the label in August 2021. Hailing from Los Angeles, the rapper – who is known in real life as Jonathan Min – began his rap career in the US where he was known for his upbeat rap style and catchy beats. He released a collection of well-received singles including one of his most popular tracks yet – 'Blast Off'.

In this new chapter of his musical journey, JMIN has moved to Seoul as part of H1GHR MUSIC's roster of artists. To celebrate his debut, the rapper unveiled his first-ever EP, HOMECOMING which sees collaborations with Jay Park, Mirani, Park Hyeonji, and CAMO. 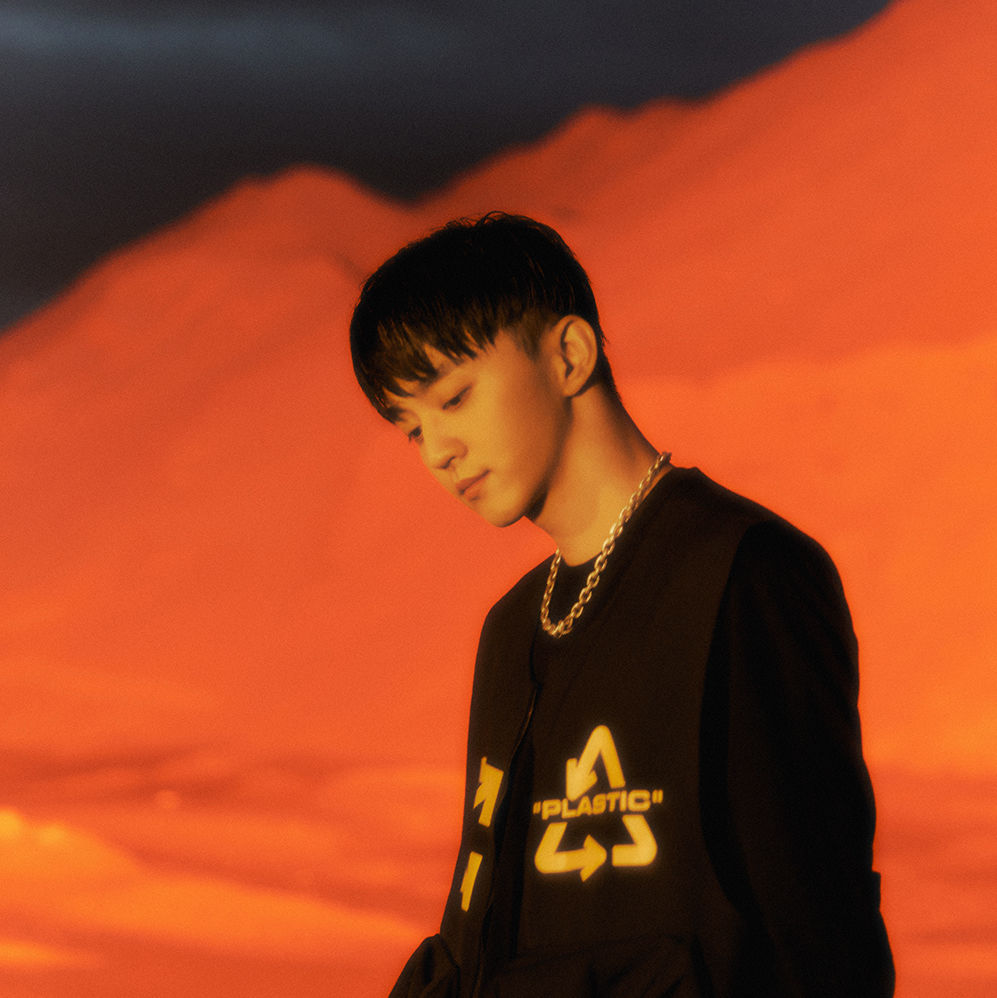 Often in the background, hyping up his labelmates on stage, DJ SMMT currently stands as one of H1GHR MUSIC's few DJ acts. Part of the hip-hop collective YELOWS MOB alongside SiK-K and GroovyRoom, the artist is a prominent figure in Seoul's club scene, frequently soundtracking memorable weekend nights across the city.

According to H1GHR MUSIC, DJ SMMT is currently working on expanding his work as a producer with tracks slated for release soon. 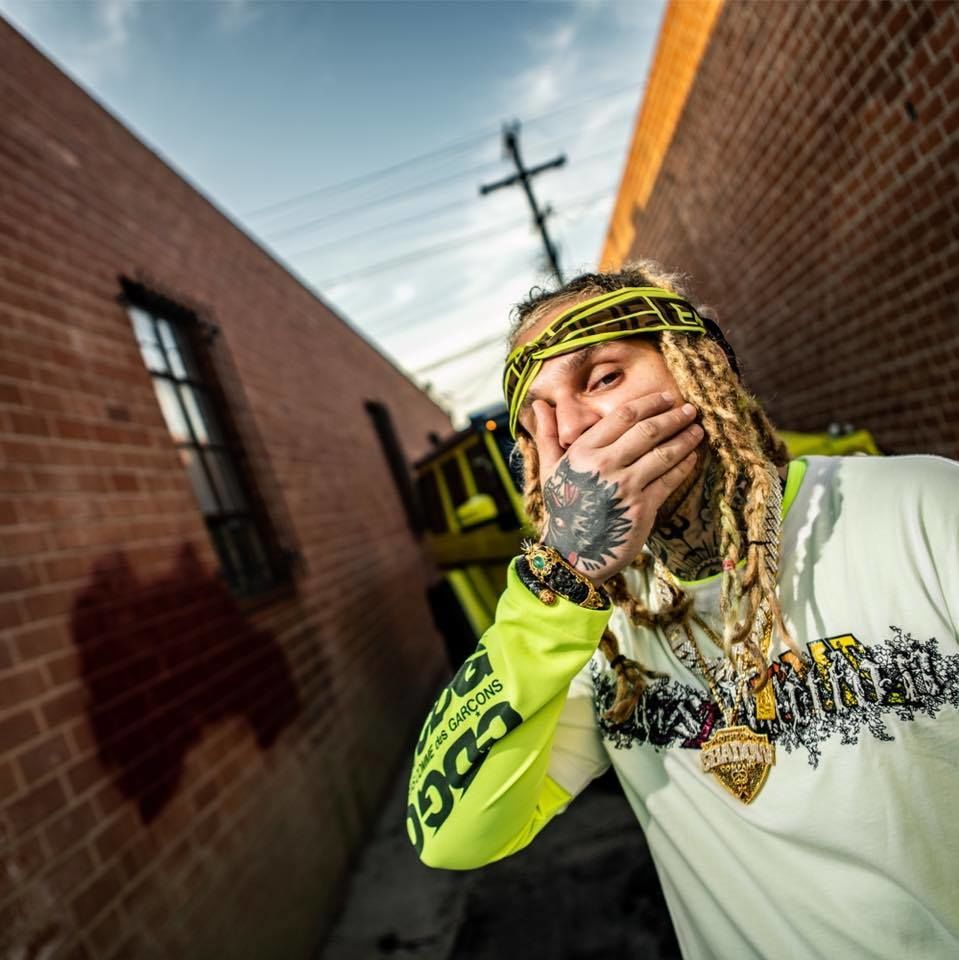 28AV (formely known as Avatar Darko) is one of H1GHR MUSIC's signees under their US division, joining the label in 2018. Taking his name from his home block in Seattle, the rapper is regarded for classic hip-hop sound that is juxtaposed with personal stories of hardship and struggle. 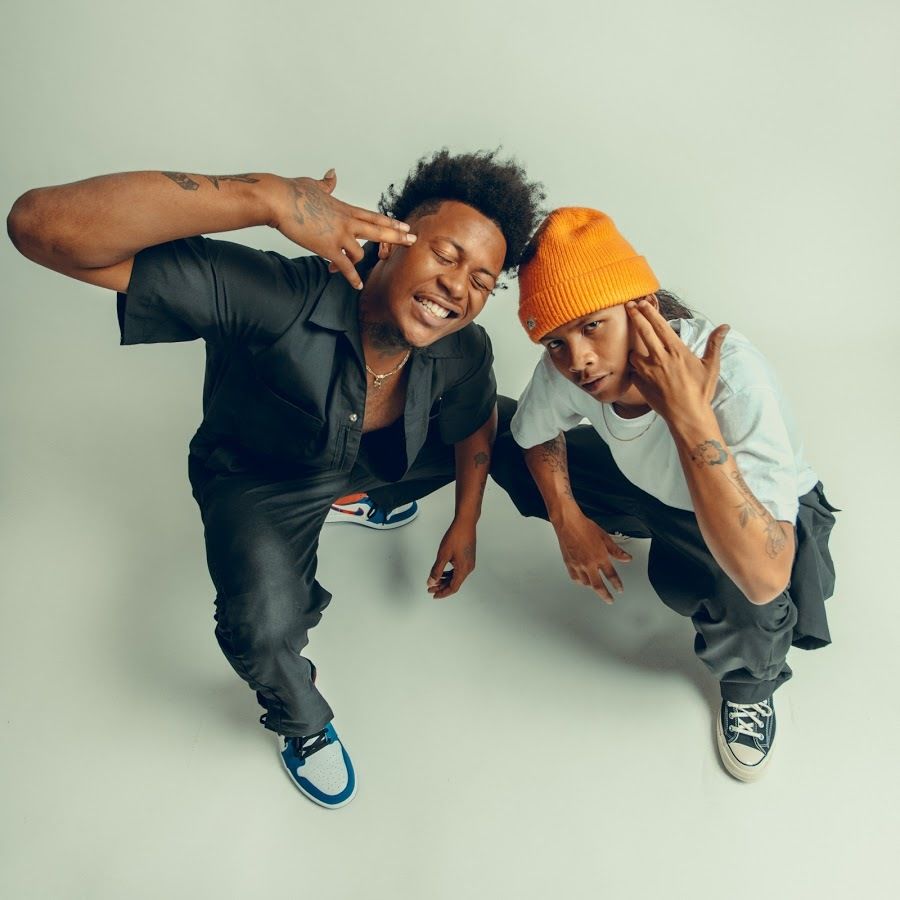 Embodying the spirit of being young, Souf Souf is a hip-hop duo comprising G Baby and Shotta Pistol. Individually, the pair take on drastically different musical styles with G Baby spitting melodic and energetic flows and Shotta Pistol taking on more rhythmic and groovy verses; but together as Souf Souf, the duo makes music that'll get anyone dancing on their feet.

Hailing from South Seattle, Souf Souf was signed under H1GHR MUSIC's US arm in late 2020. The duo just recently came out with an album entitled Vibes Out Souf.