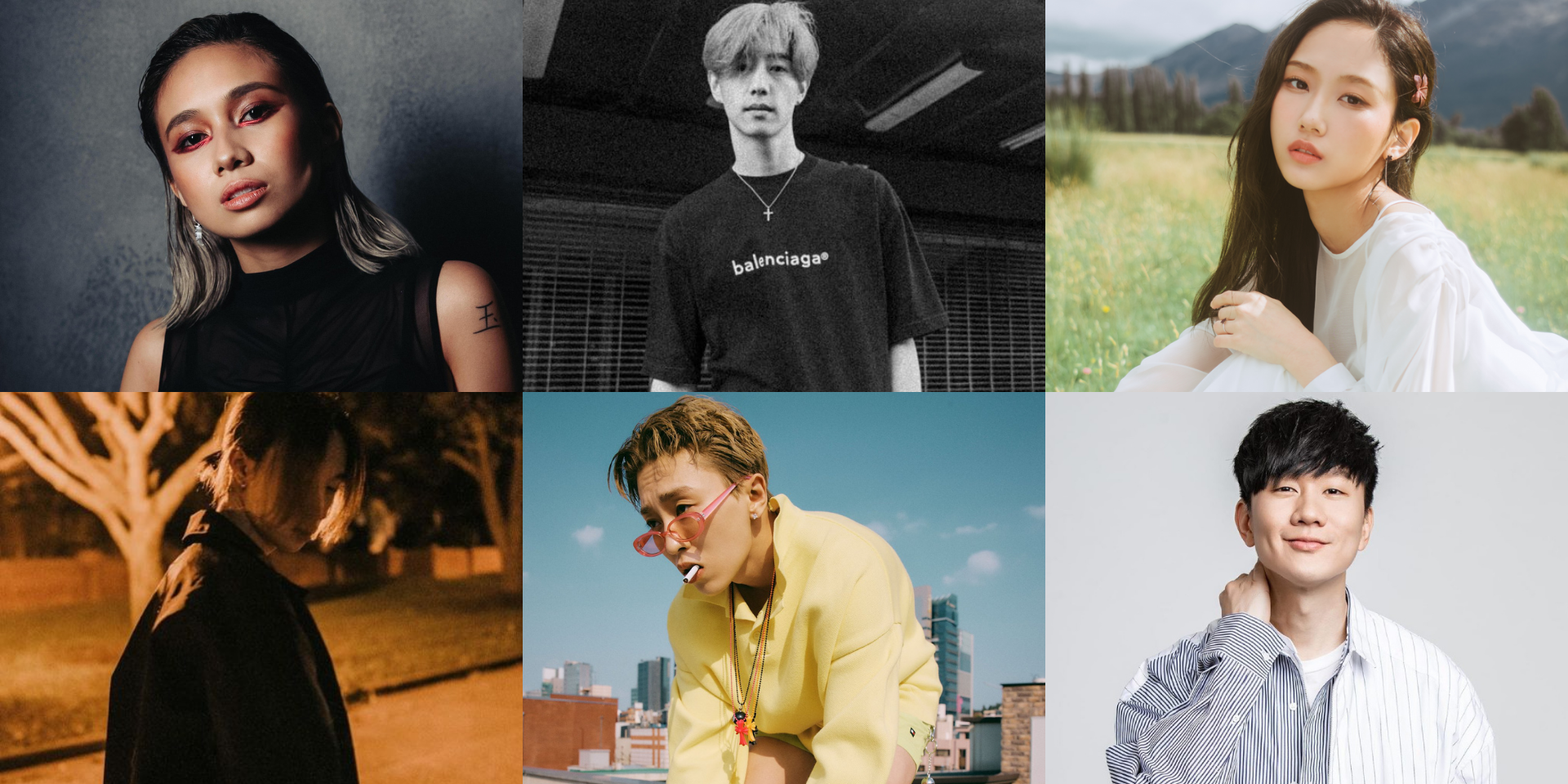 Shang-Chi and the Legend of the Ten Rings is here!

Making history as Marvel's first Asian-led superhero film, the movie follows the story of Shaun or Shang-Chi (Simu Liu) who confronts the consequences of his past and family as he inadvertently gets pulled into the mysterious and powerful Ten Rings organisation.

While we'll spare you the details to enjoy for yourself, just know that the soundtrack is just as action-packed too.

Prior to the official release of its soundtrack album today (03/09), a lot of buzz surrounded Shang-Chi's music – from the rumoured participation of Jackson Wang to lowkey releases from 88rising. Now with the Marvel film out for the world to enjoy, we can see why.

Filled to the brim with the industry's top names, the movie's official tracklist boasts a wide selection of songs that aptly accompanied every kick and punch.

Here's what we know about the Shang-Chi: Legends of the Ten Rings soundtrack

The movie's soundtrack album, titled Shang Chi and the Legend of the Ten Rings: The Album, was put together by Asian-American artist collective 88rising in close collaboration with the film's director, Destin Daniel Cretton.

Inspired by the superhero title itself, the album dives deep into the Asian-American experience, revolving around the theme of family across several generations.

"With this album, I wanted to bring artists together to tell the stories of unconditional love and memories of growing up," says 88rising Founder and CEO, Sean Miyashiro.

"These are songs dedicated to the first dances our parents shared together when they were young, as we continue to celebrate their love stories and everlasting youth. This album is for their sacrifice, their grit, and their endless endurance to give us the platform to be great. We wanted to make music and write songs celebrating all of that, while marrying the themes of the film of cherishing family, being fearless, and realizing your destiny."

MIDNIGHT TONIGHT WHEREVER YOU ARE. SHANG-CHI THE ALBUM. A love letter from 88rising pic.twitter.com/PD6W72iqte

"The music on this album is the beating heart of our film. As we were editing Shang-Chi, we were constantly inspired by the early recordings coming in from these incredible musicians," says Destin Daniel Cretton.

"When I first spoke to Sean about the idea for this album, we knew we wanted it to stand alone as a piece of work, but also be wrapped in the themes of our movie. We also just wanted to make a really great album that gives us all another reason to celebrate."

The music from Marvel Studios’ #ShangChi and The Legend of The Ten Rings is almost here. 🔥🎧🔥 Inspired by the film and produced by @88rising, the official soundtrack showcases the next generation of Asian artists from around the world. Pre-order now: https://t.co/cp9c2xqnfz pic.twitter.com/QynEgAvEiJ

The lattermost also performed several other tracks from Shang-Chi's soundtrack, including 'Lazy Susan' with 21 Savage, Masiwei, and Warren Hue, 'Act Up' with Earthgang, 'Foolish' with Warren Hue and Guapdad 4000, and 'Always' with NIKI and Warren Hue.

NIKI also joins Shang-Chi's star-studded tracklist with several tracks, including 'Every Summertime', 'Clocked Out!' with Audrey Nuna, and 'Swan Song' with Saweetie.

Also on the roster is Mark Tuan and BIBI who perform the track 'Never Gonna Come Down'. The GOT7 member comes as one of the few K-pop stars to feature on a Marvel soundtrack, following BTS' RM's 'Fantastic' which was part of Fantastic Four in 2015.

Several Korean hip-hop and R&B acts have also contributed to Shang-Chi's soundtrack, including DPR LIVE and DPR IAN with 'Diamond + and Pearls' with peace, and Zion.T with 'Nomad' featuring Gen Hoshino.

keshi also features on the Marvel film's soundtrack with his soulful track 'War With Heaven'.

Even Shang-Chi himself – Simu Liu feature on the soundtrack, with a collaborative track with 88rising titled 'Hot Soup'.

Other notable tracks off of Shang-Chi's hefty soundtrack are Anderson .Paak's 'Fire In The Sky', Adawa and Shayiting El's 'Baba Says', Swae Lee and Jhené Aiko's 'In The Dark', and Warren Hue and Seori's 'Warriors'.

Listen to the entire Shang-Chi and the Legend of the Ten Rings soundtrack here.