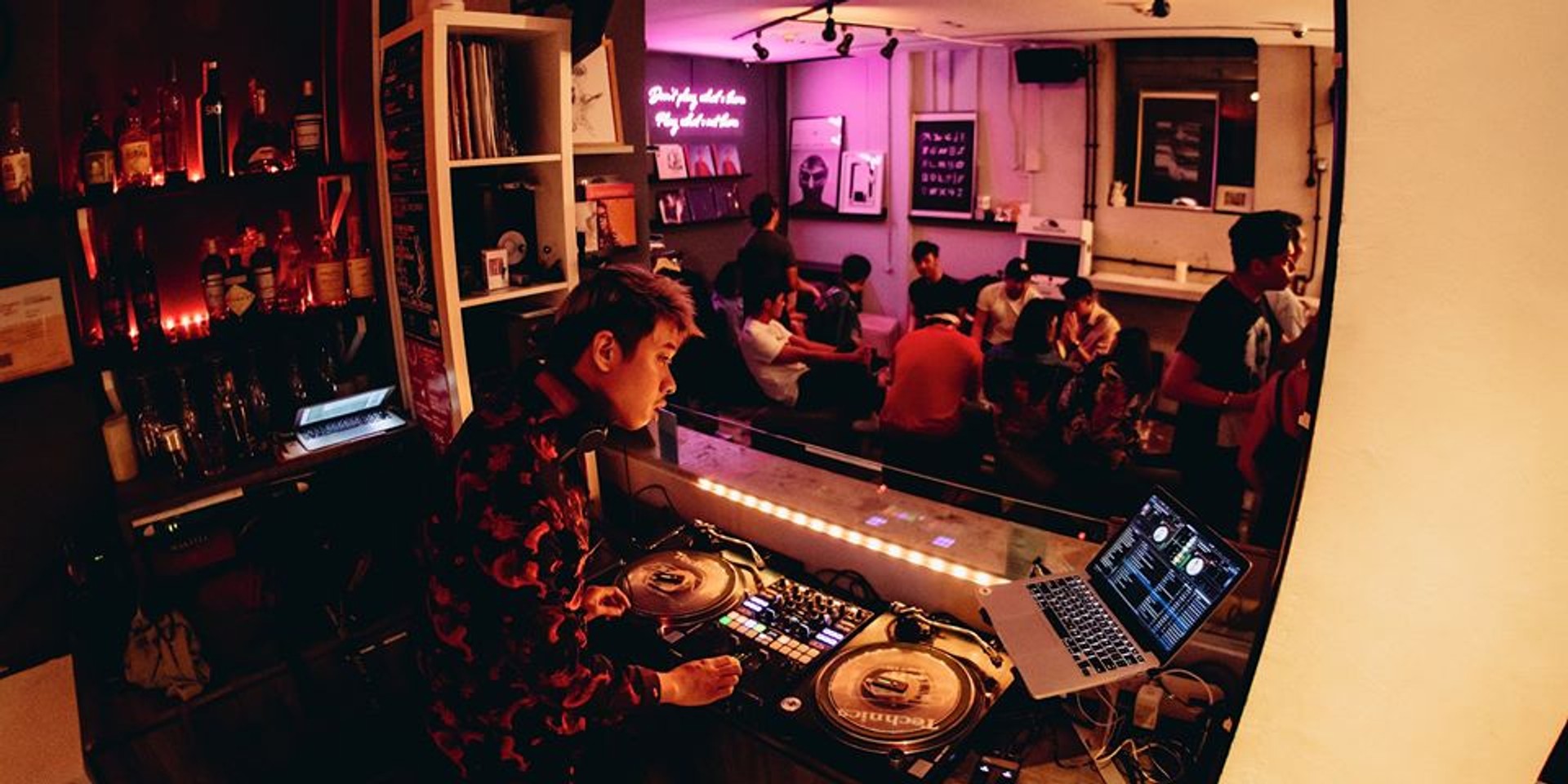 Through social media posts made earlier today (15/6), White Label Records & Bar announces that it will be closing its doors following the current COVID-19 situation, which paused operations for live music venues all across the country.

The locally beloved record store-bar intended to return after Singapore’s two-month-long circuit breaker period. However, with so much uncertainty surrounding the return of live music venues, they were forced to close down. They, instead, intend on building Singapore Community Radio and its music news platform, Vinyl of the Day.

With much sadness this message is to announce that we will no longer be operating White Label Records & Bar at 28 Ann Siang Road.⁠ ⁠ We would like to thank all our fans, friends, partners and our lovely part-timers for the love and support during our times of operation. Without it, we wouldn't have come so far!⁠ ⁠ While we initially planned to reopen, COVID-19 and the envisioning of the next normal, have led us to this decision to focus on revamping the Singapore Community Radio and Vinyl of The Day #vinyloftheday platforms.⁠ @sgcommunityradio @thevinylday ⁠ Music & the Arts are essential to our company’s values, and we hope to be a part of history in the making, when the average Singaporean will see these are essential roles in any society.⁠ ⁠ This is not all goodbye for the White Label concept, and we’ll definitely look into bringing it back to life again down the road when the situation is under control and regulations are eased.⁠ ⁠ In the meantime head over to the Singapore Community Radio for your music fix and news about upcoming livestreams. http://www.mixcloud.com/sgcommunityradio⁠ ⁠ We are active on Twitch as well, follow us at http://twitch.tv/sgcommunityradio⁠ ⁠ For vinyl & international music news head over to http://www.vinyloftheday.com⁠ ⁠ #whitelabel #recordstore #singapore #asia #recordshop #bar #annsiangroad #annsianghouse #annsiang #whitelabelvotd #sgig #cocktails #sgcommunityradio #igsg #vinylcommunity #sg #jazz #business #music #tourism #recordstorebar #happyhour #visitsingapore #passionmadepossible #dj #event #instasg #travel #covid19⁠ ⁠

While many mourn the loss of an iconic spot in the local music scene, White Label Records ensures that this is not the end of the record store bar and may return once the coronavirus situation has settled down.

“This is not all goodbye for the White Label concept, and we’ll definitely look into bringing it back to life again down the road when the situation is under control and regulations are eased,” said White Label in their public statement.

White Label Records & Bar served as a pillar for Singapore music and artists, ever since its opening in 2018. It was a record store by day and a bar by night, that drew in a loyal community of music fans and was a frequent destination for people with a wide and diverse taste in music.

Their stage also saw many local and international artists perform, such as Giles Peterson, Aminé, Sobs, Charlie Lim, Shye and so much more.

In just two years, White Label has contributed to promoting and uplifting Singapore’s music scene. In honour of this farewell, here are 5 distinct highlights out of many that we’d like to remember White Label for.

In late 2018, the stage of White Label Records saw a resounding impromptu two-hour performance by Gilles Peterson, alongside Singapore artist, FUNK BSTRD. Peterson is a British DJ, most known for founding influential record labels like Acid Jazz and Talkin' Loud and Brownswood Recordings.

The interiors of the record store served as the backdrop of Portland rapper Aminé's ‘MTV Meets' series appearance. The show introduces viral artists to discuss their latest projects and featured the rapper, who is most known for his tracks ‘Caroline’, ‘BLACKJACK’ and ‘Spice Girl’, in October 2019.

In 2018, White Label threw a pre-Christmas party in partnership with Singapore-based record label, Middle Class Cigars, that to say the least was a banger. RSVPs to the show were closed almost instantly due to an overwhelming response. The show saw spectacular live performances from Sobs, Forests, Subsonic Eye, Cosmic Child, Shye and 10vacations.

Bringing 2019 to a close, Universal Music Singapore brought Charlie Lim’s CHECK-HOOK remix album live to White Label Records. The lineup consisted of Linying, Jonathan Kiat, FUNKBSTRD and KAYE, all of which collaborated with Lim on the album.

The event acted as a “little anniversary celebration for the record,” said Charlie in an interview with Vinyl of the Day.

White Label also hosted the most intense music quiz nights that tested the smartest music minds. Patrons were required to gather together a group, pick a ‘killer’ group name and get in tune with their music knowledge. Questions ranged from movie soundtracks to local musicians, in which the team with the most correct answers win bragging rights and a special ‘gauntlet’ drink.