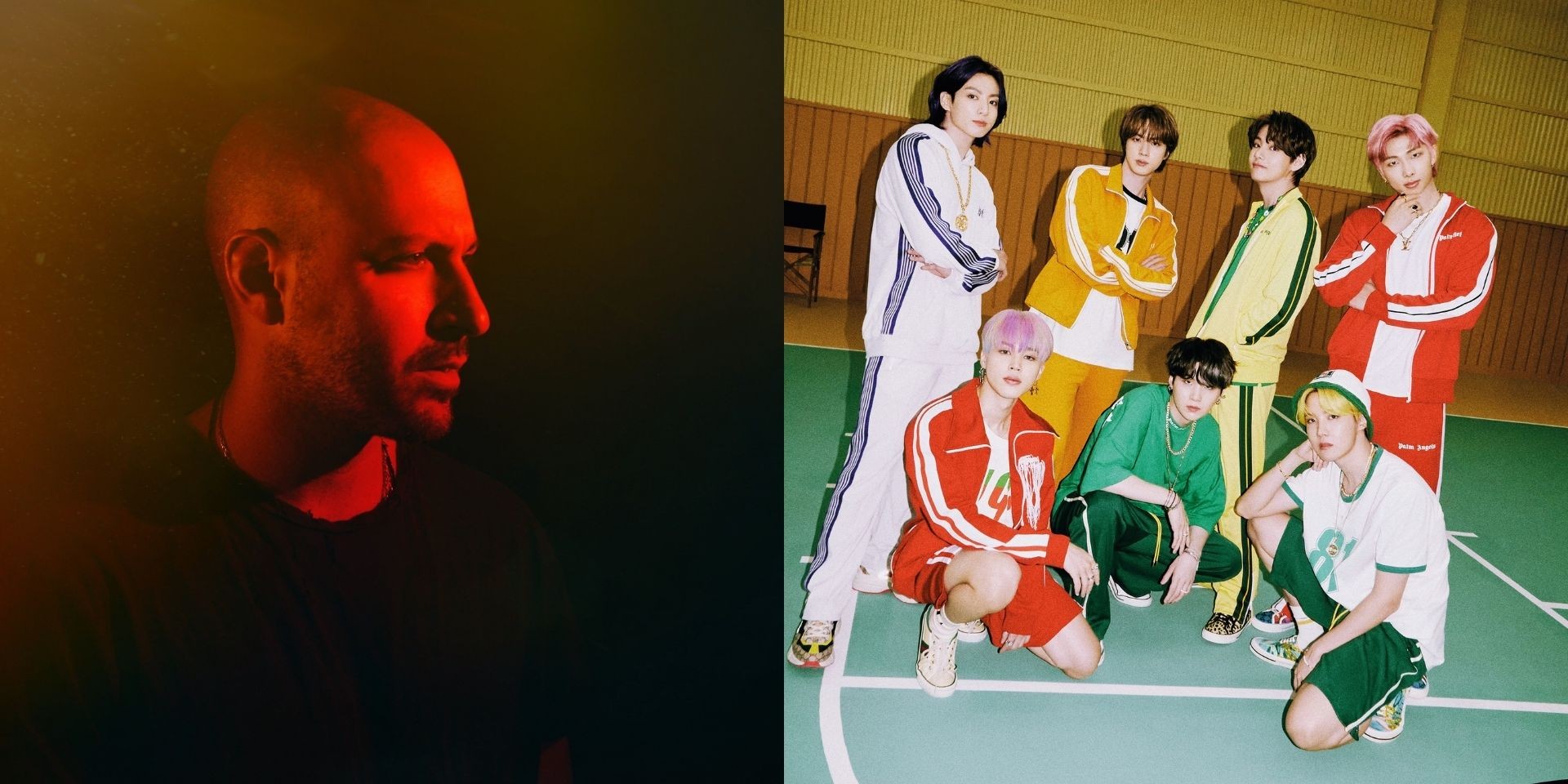 In the era of streaming, listening to music has become more accessible than ever, and it’s no longer impossible for artists to rack up astronomical sales within a short period of time. The rise of social media has further galvanised fans’ purchasing power, and online fandoms have become a crucial weapon for musicians to secure their places on the global charts.

BTS fans—also known as ARMY—are a prime example of this phenomenon. With almost military-like levels of mobilisation, these devoted fans have helped BTS secure not one, but four number-one hits on the Billboard Hot 100. As of 14 June, BTS’ latest single ‘Butter’ has remained at the top for three weeks, tying with their own 2020 summer hit, ‘Dynamite’.

Moreover, ‘Butter’ also dominated the Spotify charts, racking up over 20 million unfiltered streams upon release to become the biggest debut in the platform’s history.1 The accompanying music video also became the fastest YouTube premiere of all time, with over 108 million views in 24 hours.

When it comes to fans’ listening behaviours, more conventional platforms like Spotify and Apple Music have been the go-to options for streaming. However, a few weeks ago, something unexpected happened in the Twitterverse.

Fans of BTS, Ariana Grande, Olivia Rodrigo, and more are holding listening parties on social radio app STATIONHEAD — here's how you can join

On 26 May, a prominent ARMY account known as @btschartdata created a livestream on a relatively unknown social radio app called Stationhead, and beckoned fans to join a #STREAMINGBUTTER listening party.

Join us in a streaming party starting from 12AM KST today on Stationhead (Spotify / Apple Music)! Feel free to join on other platforms as well!

Many fans flocked to the app, with 200,000 users attending the event in just two hours’ notice. Since then, ARMY across the globe have been organising similar streaming parties on Stationhead regularly.

We are hosting a streaming party on Stationhead, Spotify and Apple Music to stream #BTS_Butter along with the Japanese album #BTSTHEBEST at 9pm KST.

See you in 2 hours!💜 pic.twitter.com/9oh8K2IZbz

I'm having #ButterTuesday streaming on the Stationhead now. If you have time, please join! 🎧 @BTS_twt https://t.co/hsdj4FqAUz

The sudden influx of listeners caught Stationhead founder and CEO Ryan Star by surprise, who also tweeted his appreciation for ARMY.

We started @STATIONHEAD with the vision to democratize the airwaves and give the power back to the people. Today, @btschartdata & the @bts_bighit army proved The Air Belongs to You. The 13 of us at @STATIONHEAD can’t thank you enough.

Stationhead, which is integrated with Spotify and Apple Music, allows hosts to start a live session and chat with listeners in real-time. According to TechCrunch, it has garnered 500,000 total users—with one fifth being monthly active users—since its creation in 2016. There’s currently over 6,000 hosts on the platform, and more than 2 million streams have been created.

Before ARMY, other fandoms have already been utilising Stationhead for streams. A Cardi B fan show called Bardigangradio has been active since March 2021, and the rapper herself appeared on several broadcasts.

Yes. That is Cardi B on @bardigangradio RN. Talking about new music, her new film role and… well, we’ll see what else! HURRY!!!! https://t.co/T23vcRWUYd

These days, fans of artists like BLACKPINK, Olivia Rodrigo, and Selena Gomez have also jumped on the Stationhead bandwagon. Interestingly, different fanbases have teamed up to hold joint listening parties, suggesting the emergence of a kind of cross-fandom solidarity.

The worldwide Stationhead streaming battle begins at 6AM KST (less than two hours away).

— This would help ensure a #1 debut for “good 4 u”, so make sure to join and also support other artists!https://t.co/YjmM9hV3E9

Bandwagon caught up with Star to discuss his journey in expanding Stationhead, and the organic listening experiences that he tries to create.

What is Stationhead all about?

I started Stationhead to create a democratised future for radio. A global audio network that empowers the host, listener, artist, and fan.

What gaps in the industry were you trying to plug when you founded Stationhead?

I wanted to remove the barriers to entry for hosts and listeners to enjoy radio together—a radio experience that benefits artists and their fans. Before Stationhead, it was nearly impossible to host radio shows without massive upfront costs. Now, in seconds, anyone can broadcast their voice and favourite music to the world. Additionally, as a musician myself, I experienced firsthand how difficult it is to get your music discovered on traditional airwaves. Stationhead was built to give all artists and creators equal access to being discovered.

Stationhead aims to democratise the airwaves, and the hurdles you encountered as an artist also shaped its mission. Do you think there’s a greater push towards giving artists back their autonomy, especially with the recent conversations about owning masters, for example?

Absolutely. The advancement of technology and the democratisation of social platforms has empowered all creators. Journalists, photographers, video creators, livestreamers, and more have all been given the tools to focus on their craft and their community. Artists are in the same place. Stationhead is built to give the airwaves back to artists and their fans.

Let’s talk about the BTS listening parties that happened in May—200,000 fans tuned in to your app, and you guys broke your own record. Was this something that caught the team by surprise?

Music is the social glue that drives connection on Stationhead. We’re the only platform where you can truly build community around the music you love. Fans have organically flocked to the platform for months; Cardi B fans even got Cardi B herself on their station.

Every week, we continue to be amazed by the passion, community, and impact that fans are making on Stationhead. This BTS listening party was another example of how powerful fans are. On Stationhead, fans are the new creators, and they’re proving to be more influential than the biggest stars in the world. This is just the beginning of the magic that music fans will make on Stationhead.

Why do you think fans are pivoting to Stationhead, instead of just streaming directly through Spotify or Apple Music?

Stationhead is focused on the communal experience around music, where we combine everything you love about being a fan into one amazing experience. You come for the music, but you stay for the people you meet, and the thrill of being with thousands of passionate fans who love what you love. This positivity and energy is unmatched on any other social platform.

A BTS fan tweeted this about the ‘Butter’ streaming event: “Passive listening through playlisting & radio are nothing compared to live, fan solidarity.” Is this type of organic energy something that Stationhead tries to create?

What @btschartdata & armys did with Stationhead is unprecedented. It was a live, global streaming event where 200k people all over the world listened to the same playlist of BTS music. Passive listening through playlisting & radio are nothing compared to live, fan solidarity.

Absolutely. Stationhead is all about the live, connected experience around the music. The positivity and energy on a Stationhead stream is unmatched on any other social or listening platform.

After the BTS event, fans of Taylor Swift, Olivia Rodrigo, Nicki Minaj, and more have also started using Stationhead for similar listening parties. Do you plan to work with fandoms more intentionally in the future?

Of course. We are calling all fandoms to come to Stationhead and take back the airwaves. The air belongs to you!

Please join us for a listening party today on @STATIONHEAD, MOAs!

With Stationhead getting more attention, are there any other new initiatives in the works now?

We always have exciting new developments in the works. Be sure to follow us on Twitter for announcements!

You’ve also spoken about expanding beyond just music to live audio broadcasting. What other forms of media are you looking to tap on? (E.g. podcasts?) 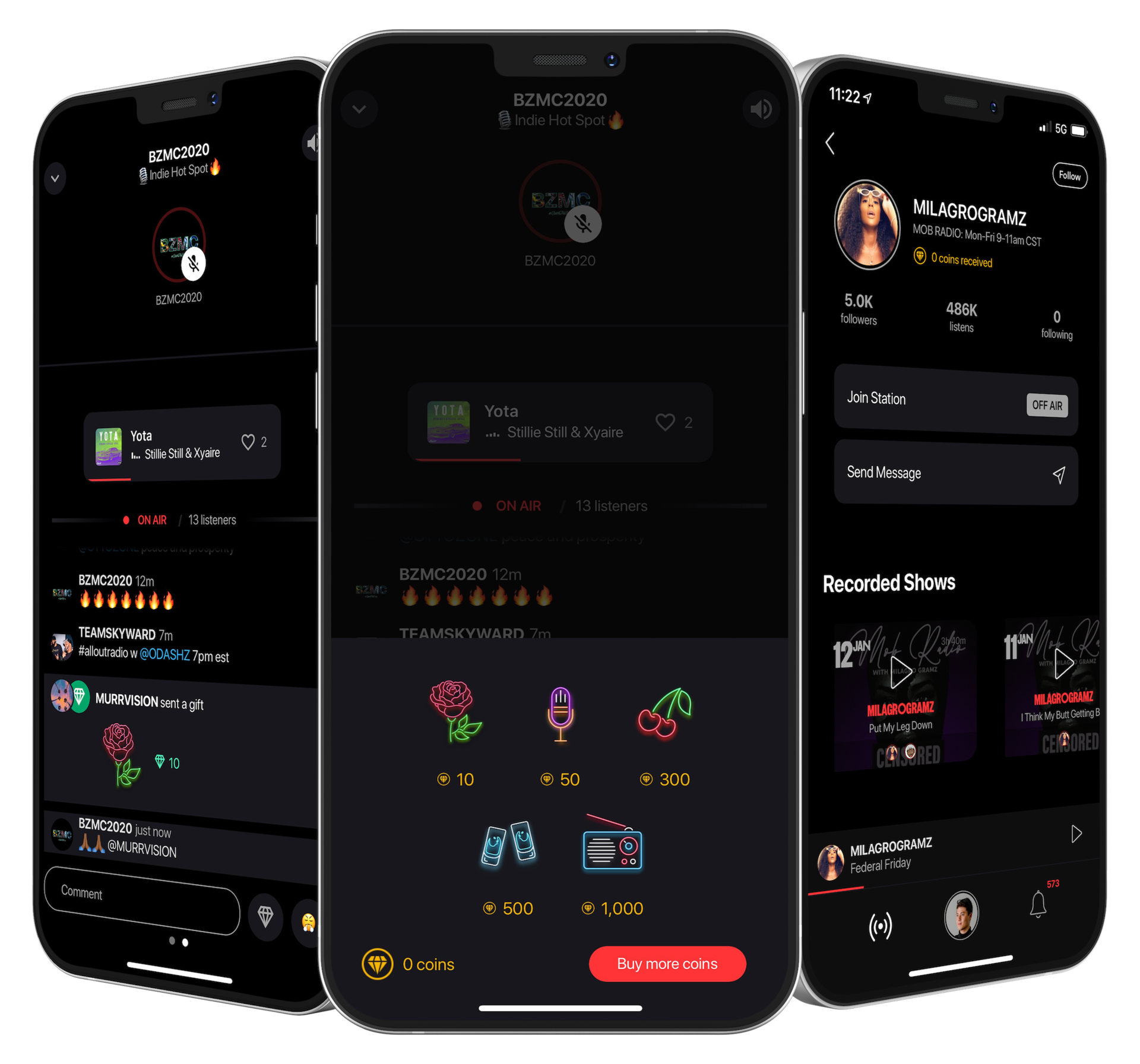 Voice is a very important part of Stationhead. What we’ve created is an entirely new medium—with voice, music, and community. It’s unlike any form of media ever created. We’re not trying to emulate others. Instead, we are focused on building the new generation of airwaves for today’s hosts, listeners, artists, and fans.