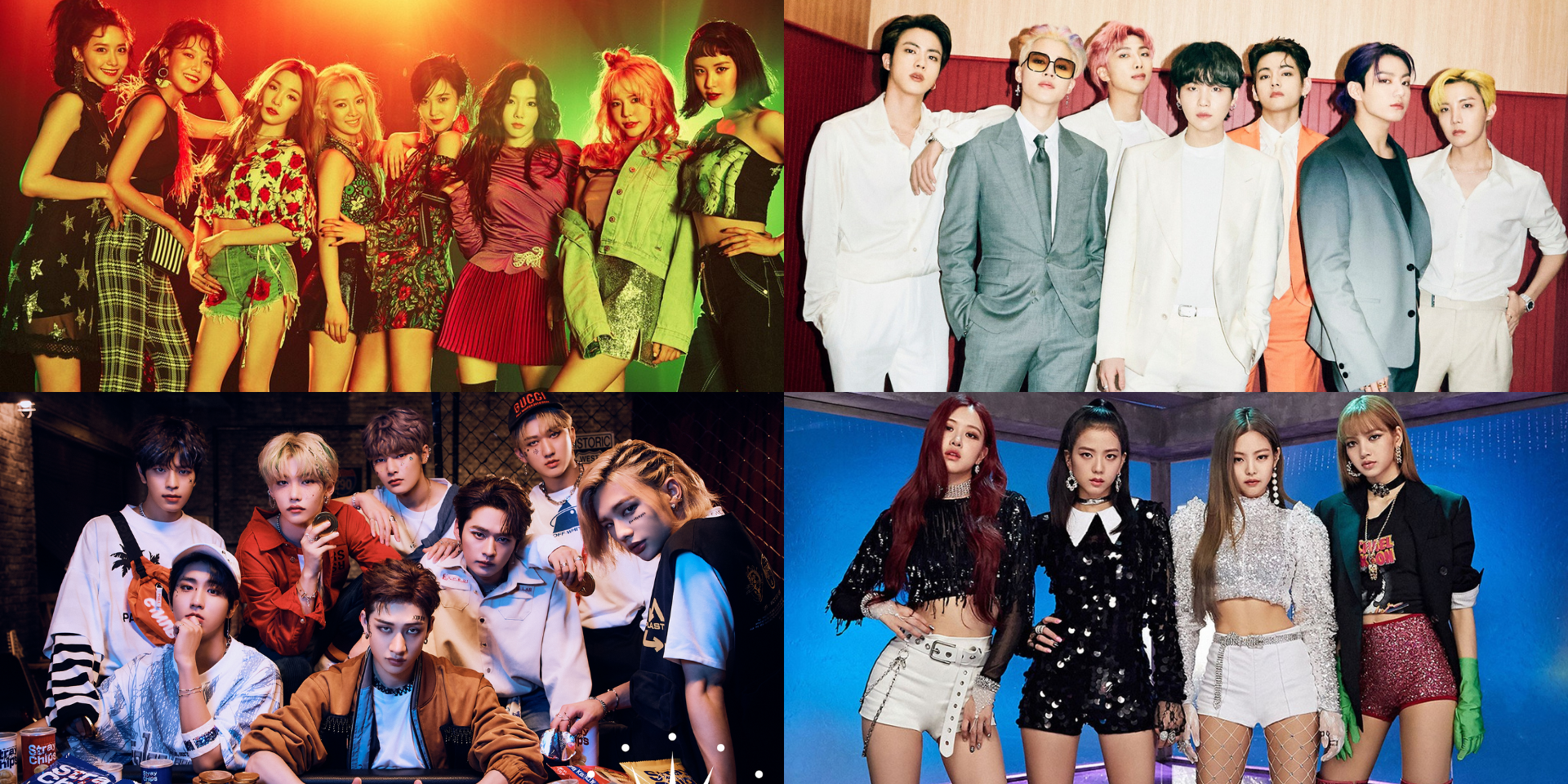 Beyond being a space for fans to conjugate and support their favourite K-pop acts, it's also a place for artists to connect with their global fanbases. According to a new study by the social media platform, K-pop artists are said to be using Twitter more than ever before, proving to be a critical tool in the industry. 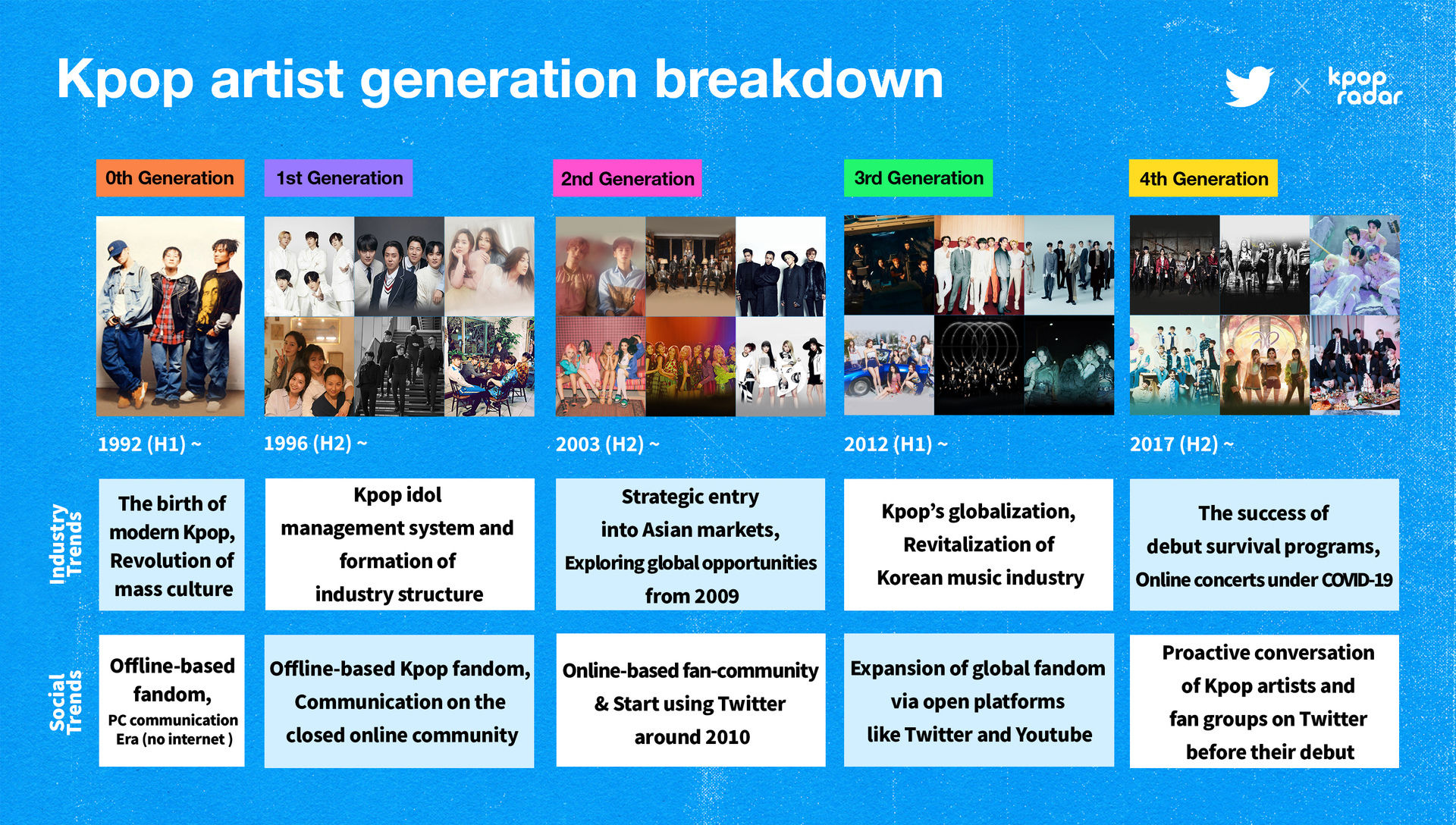 Alongside K-pop Radar, a fandom data observatory, Twitter observed and collated data from a total of 69 K-pop artists from the second, third, and fourth generation of K-pop, all of which had over 300,000 followers as of May 1. Each artist and their Twitter usage were analysed by generation.

Relive K-pop history with these first tweets from some of your favourite acts — BTS, Jackson Wang, BLACKPINK, NCT DREAM, and more 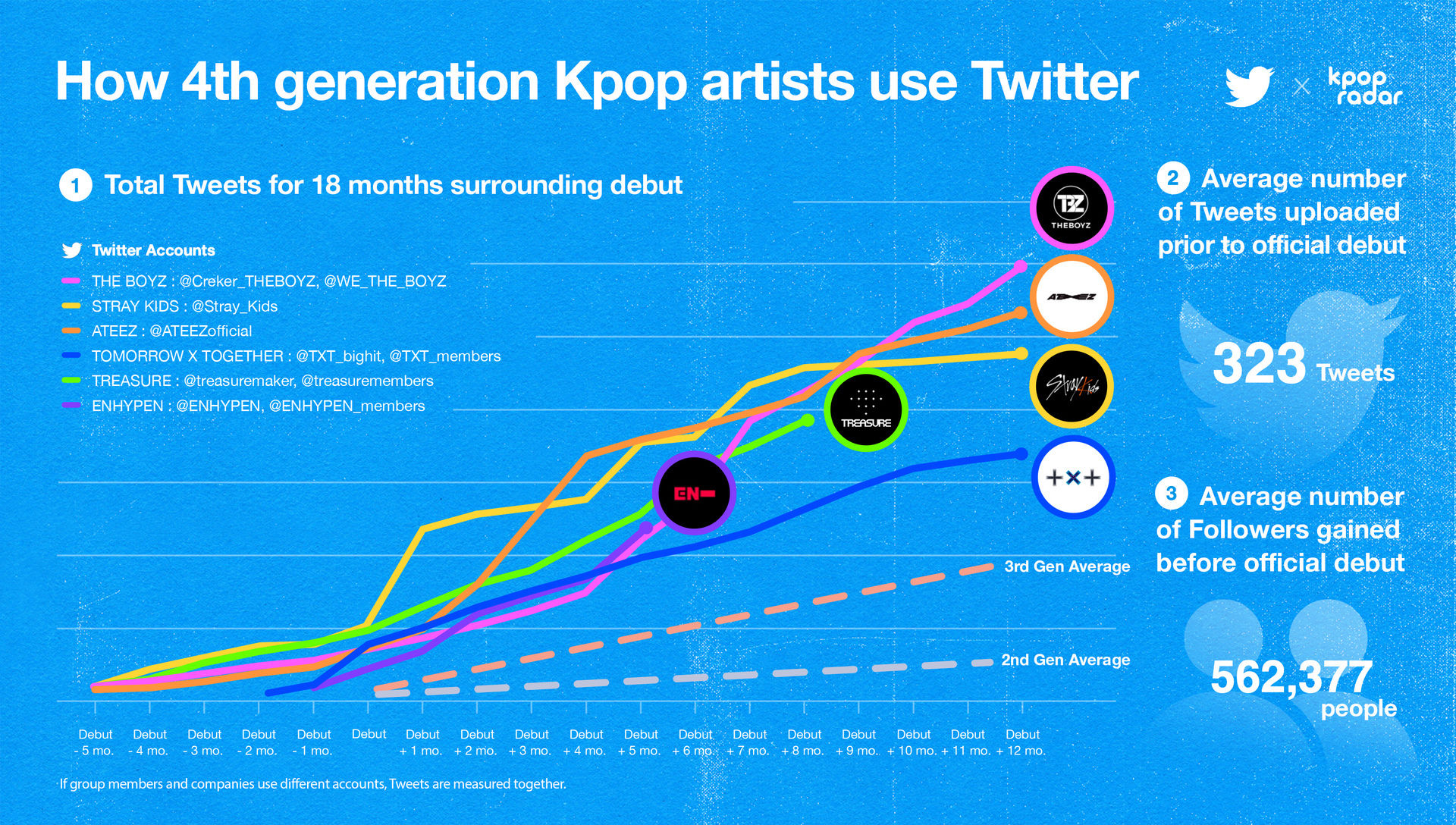 The research showed that the fourth generation of K-pop acts are more active on Twitter compared to previous generations, having found to average 323 Tweets before their debut.

Through the years, the line of communication between K-pop acts and their fans have changed with many earlier groups restricted to exclusive online communities like fancafes, an online forum. As technology and the nature of K-pop evolved, the research reveals that third and fourth generation group gravitated to more accessible platforms like Twitter. This is especially true amidst the COVID-19 pandemic where live concerts and meet-and-greets are not possible. 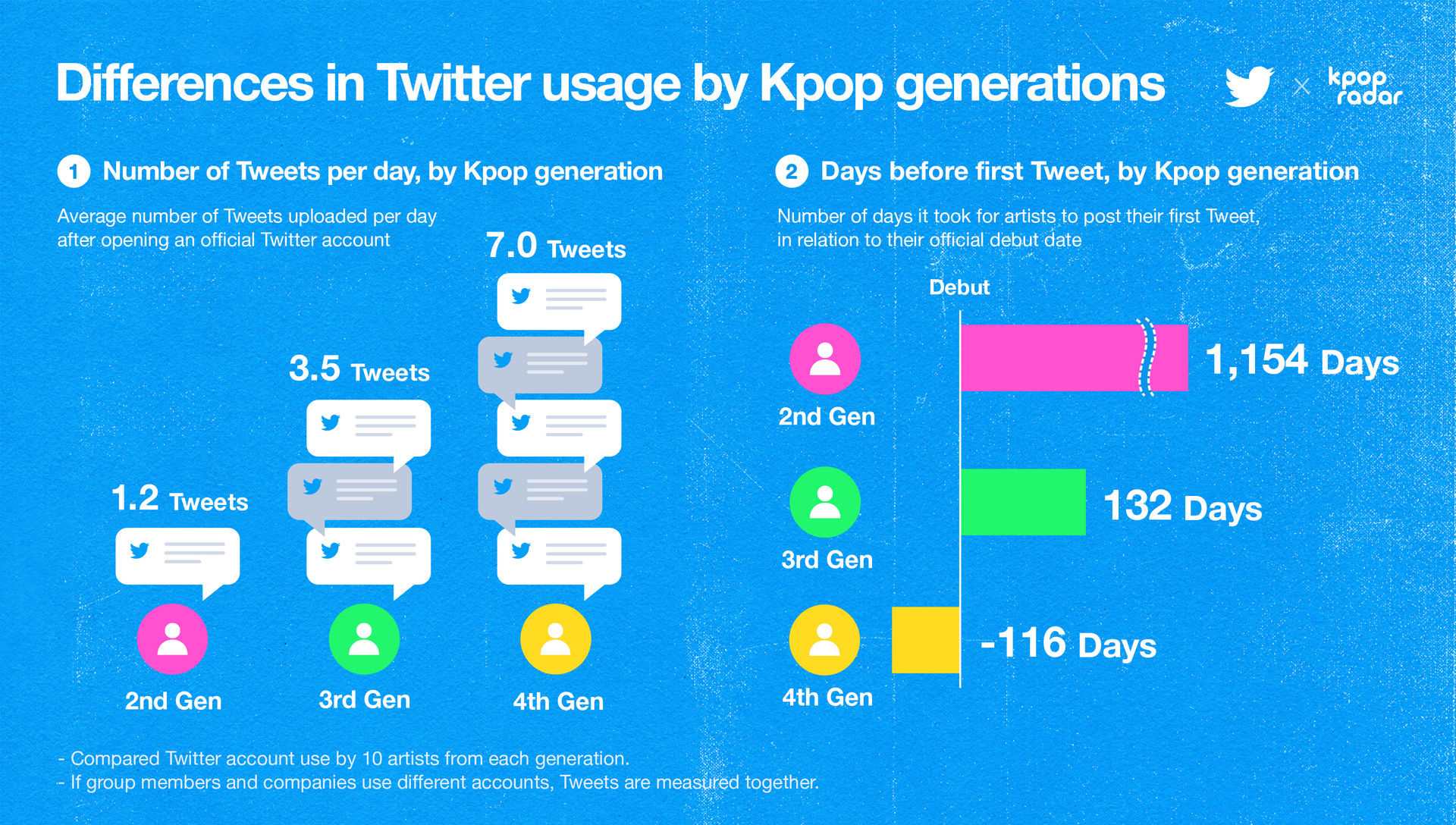 Fourth-generation acts are also found to Tweet for the first time 116 days before their debut, while third-generation and second-generation artists tweet 132 and 1,1154 days after, respectively. 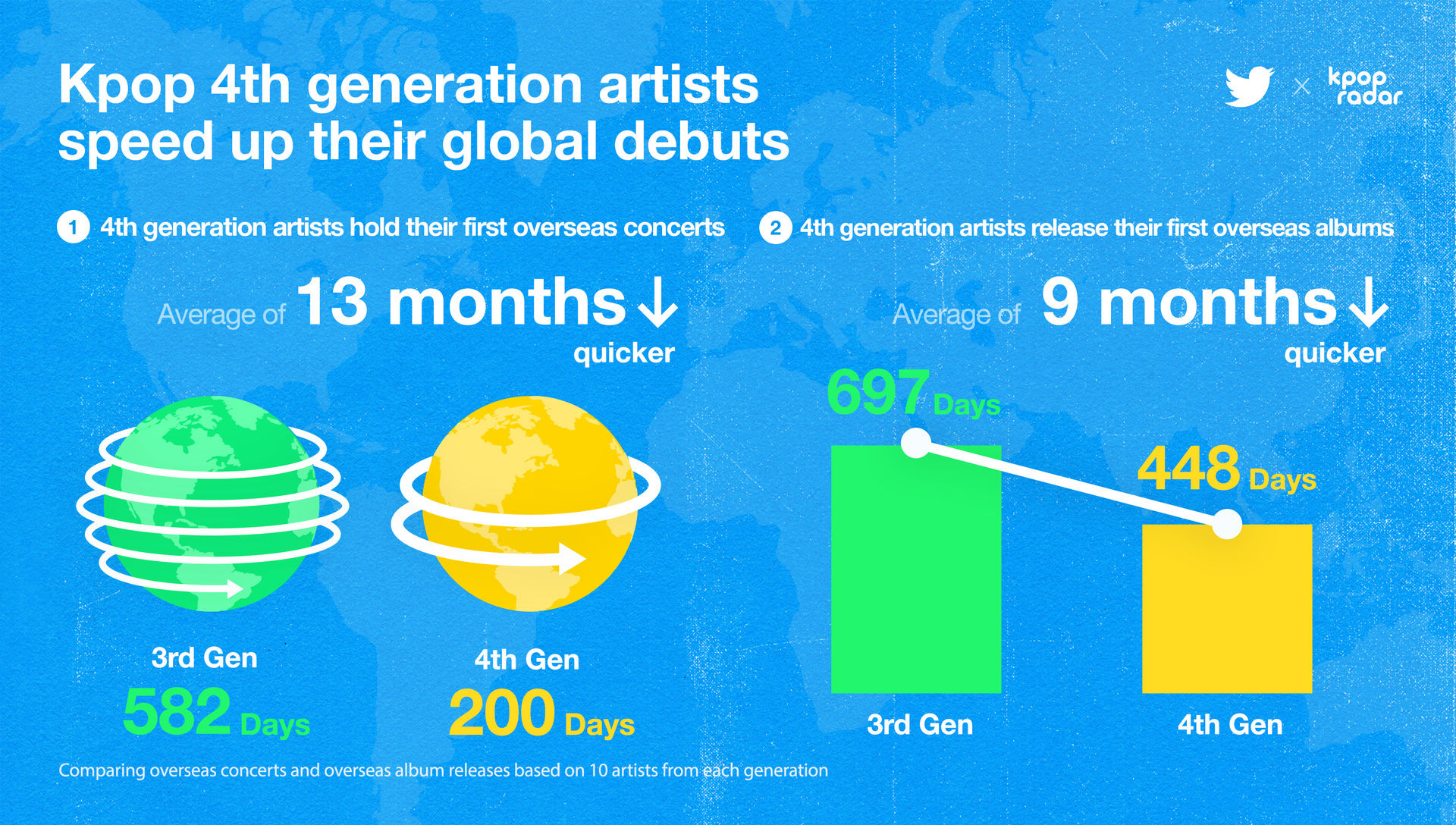 Check out the full study below.

This new research study comes ahead of World Music Day on 21 June, where Twitter will be hosting a #KpopTwitter campaign that will include various events and content that fans from all over the world can enjoy.