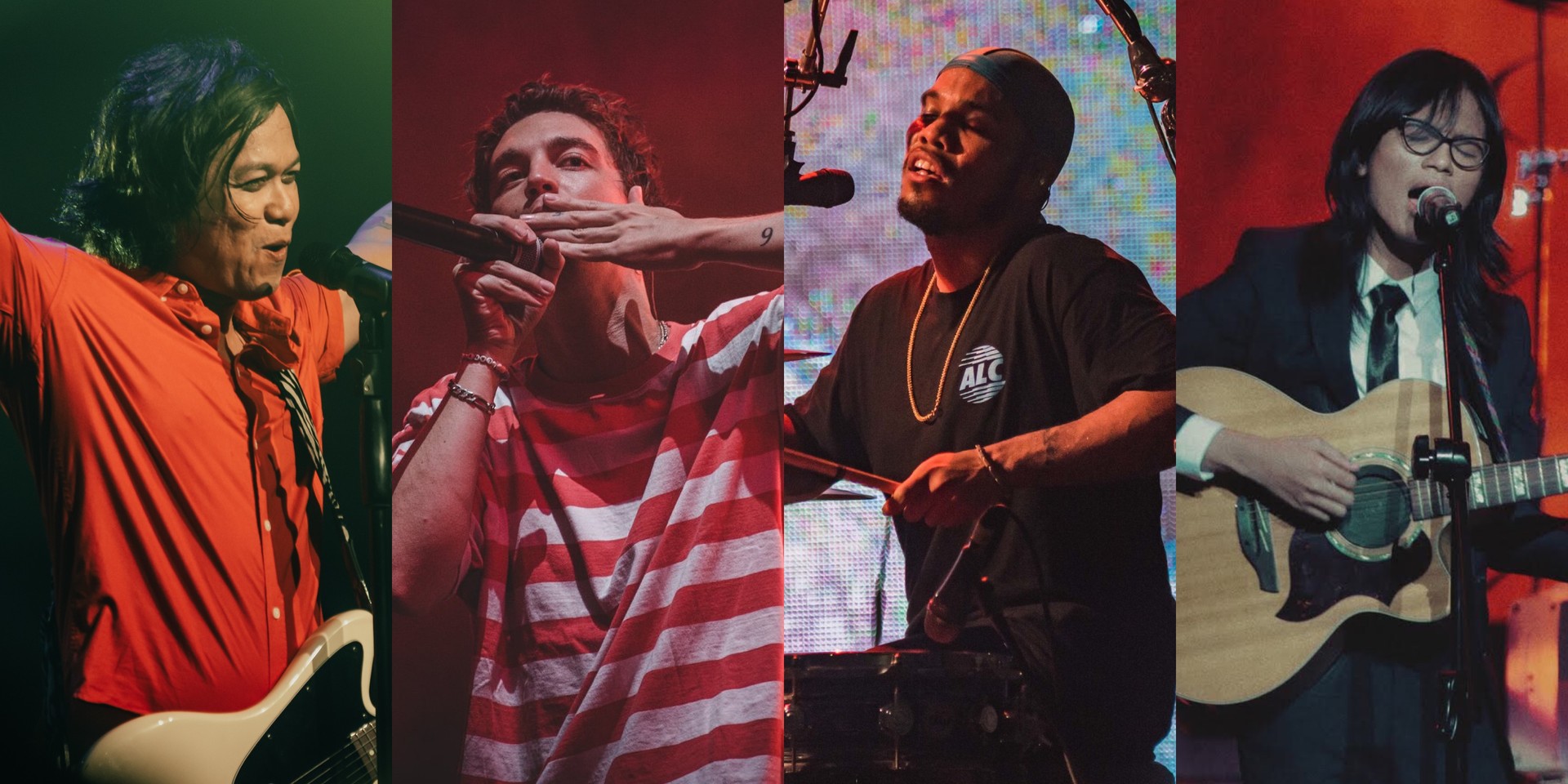 From anniversary celebrations to Philippine debuts, crazy mall shows to massive music festivals, here's a look at some of our favorite shows from 2018:

Three sets of musicians, three different venues, three various times of the day, and a bus filled with freebies, friendship, and fun.

The Bandwagon Birthday Tour was a day-long series of live music events in different locations in the metro, spanning across different times of the day - with a lineup composed of our musical friends - Niki Colet, Coeli, Bea Lorenzo, Leanne & Naara, The Diegos, Six the Northstar, Hale, Pedicab, Twin Lobster, Kjwan, The Morning Episodes, tide/edit, and December Avenue, good food and drinks, great conversations and company, and overall exposure to the music community. 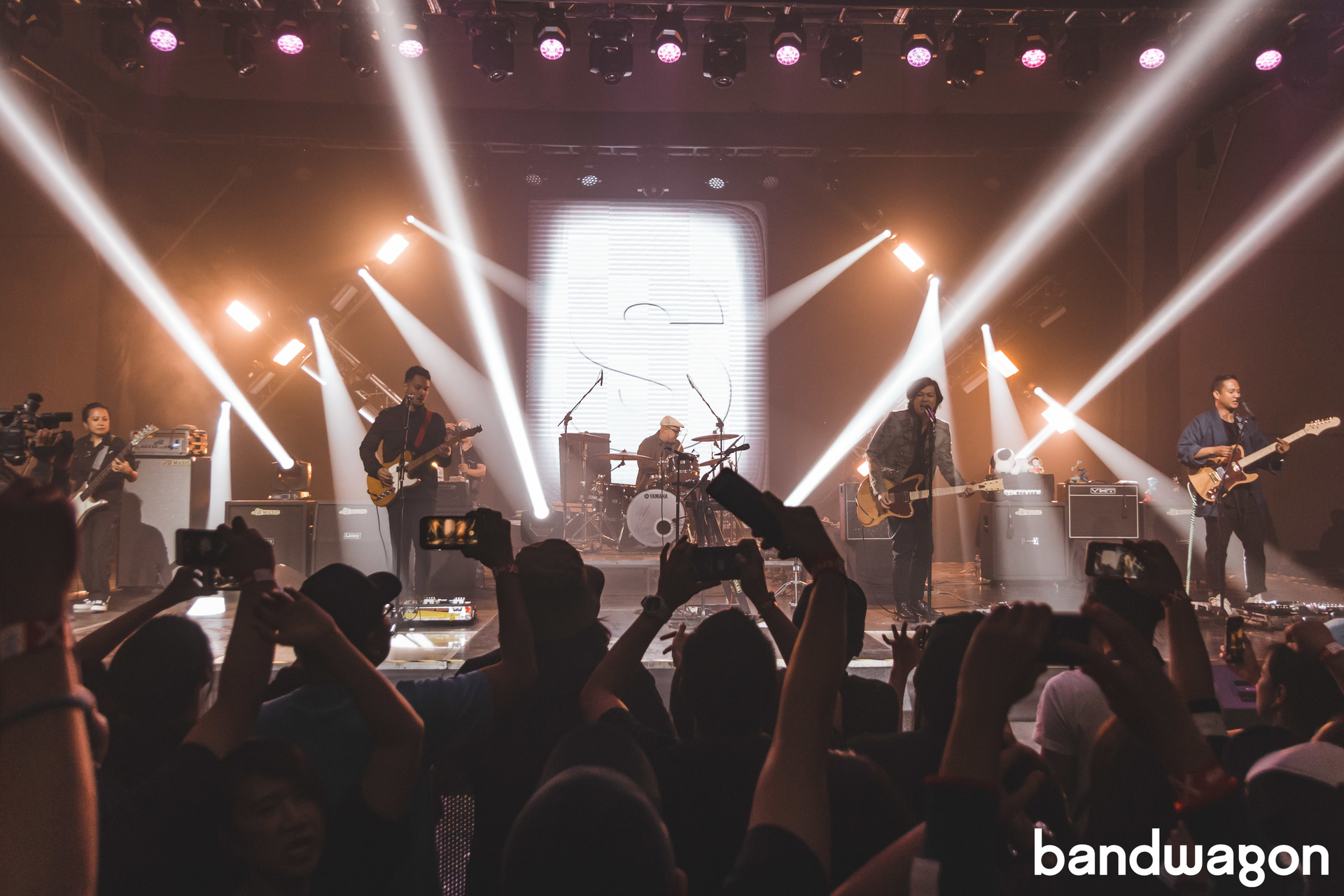 Sandwich kicked off the show with '2 Trick Pony', followed up with one of their first singles, 'Butterfly Carnival', and segued into 'Walang Kadaladala' before addressing the crowd that had come to celebrate with them. Marasigan joked about being uncertain whether it's still wise for him to do a stage dive after so many years and pondered the possibility of a mosh pit breaking out in the venue.

Tagaytay Art Beat 3 was a complete treat - from the live murals to the specially designed Johnnie Walker bottles by this year's selected artists, Ramon Orlina's ornate glass sculptures to the exhibition of up-and-coming visual artists, exhilirating live performances to sentimental moments on and off stage.

There is no doubt that the community has grown since the festival's first run in 2013 and, together with it, the lifestyle choices, music preferences, and the overall tastes of the attendees have seemed to change. But Karpos Multimedia is no noob in this game, having already mastered the basic formula that makes a great festival a success, no matter the type of crowd. Their line-up still spectacular and their aesthetic always on point, Wanderland proves that they are bound to return year after year for a long, long time.

CALL ME BY YOUR NAME IN CONCERT 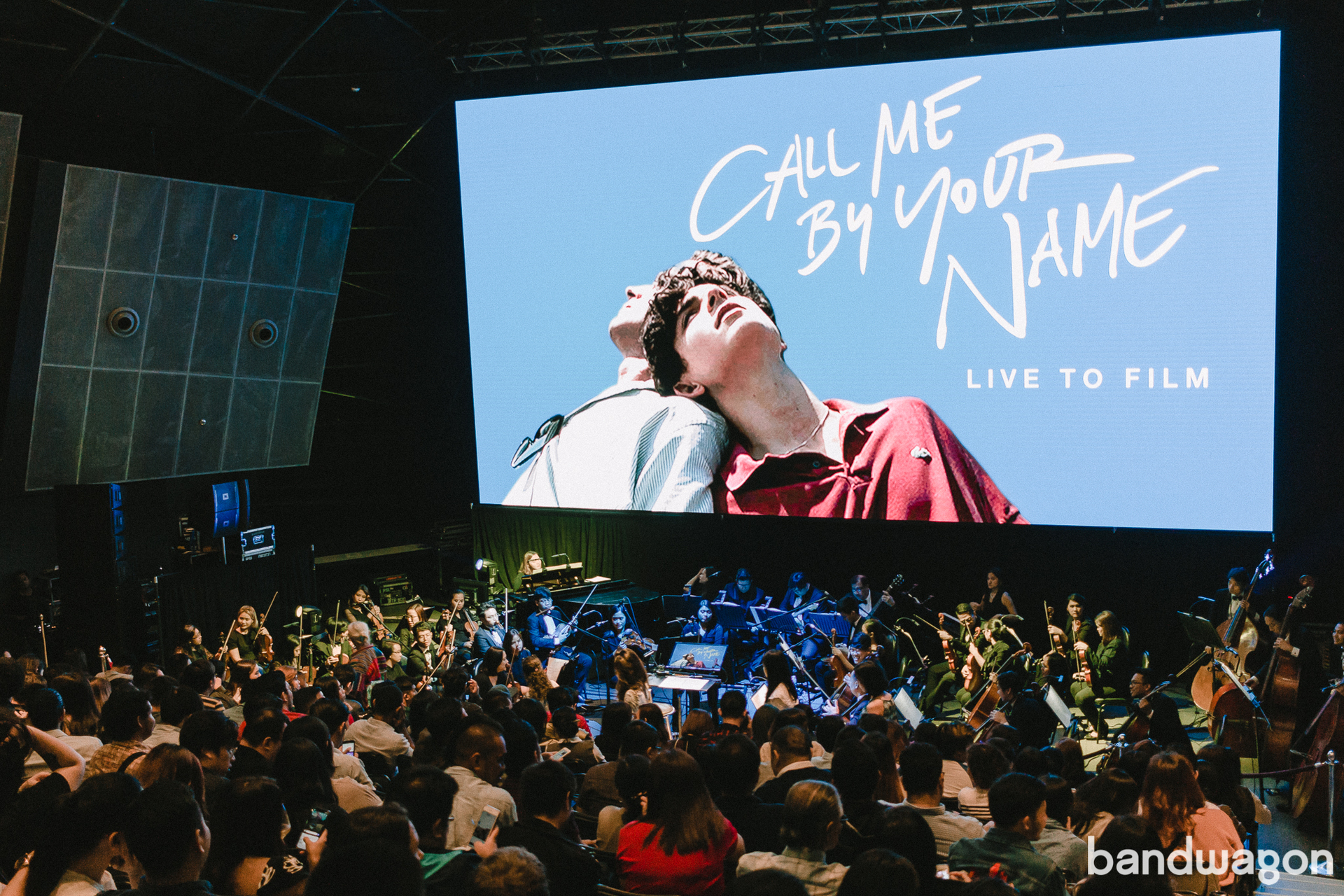 To say that the experience was different from the usual is an understatement. After all, CC: Concepts did not just fuse two different art forms, but brought two different worlds together in one night. The casual leisure of going to the movies and the sheer refinement of watching the orchestra were like an unusual wine pairing: unexpectedly good and quite exciting. 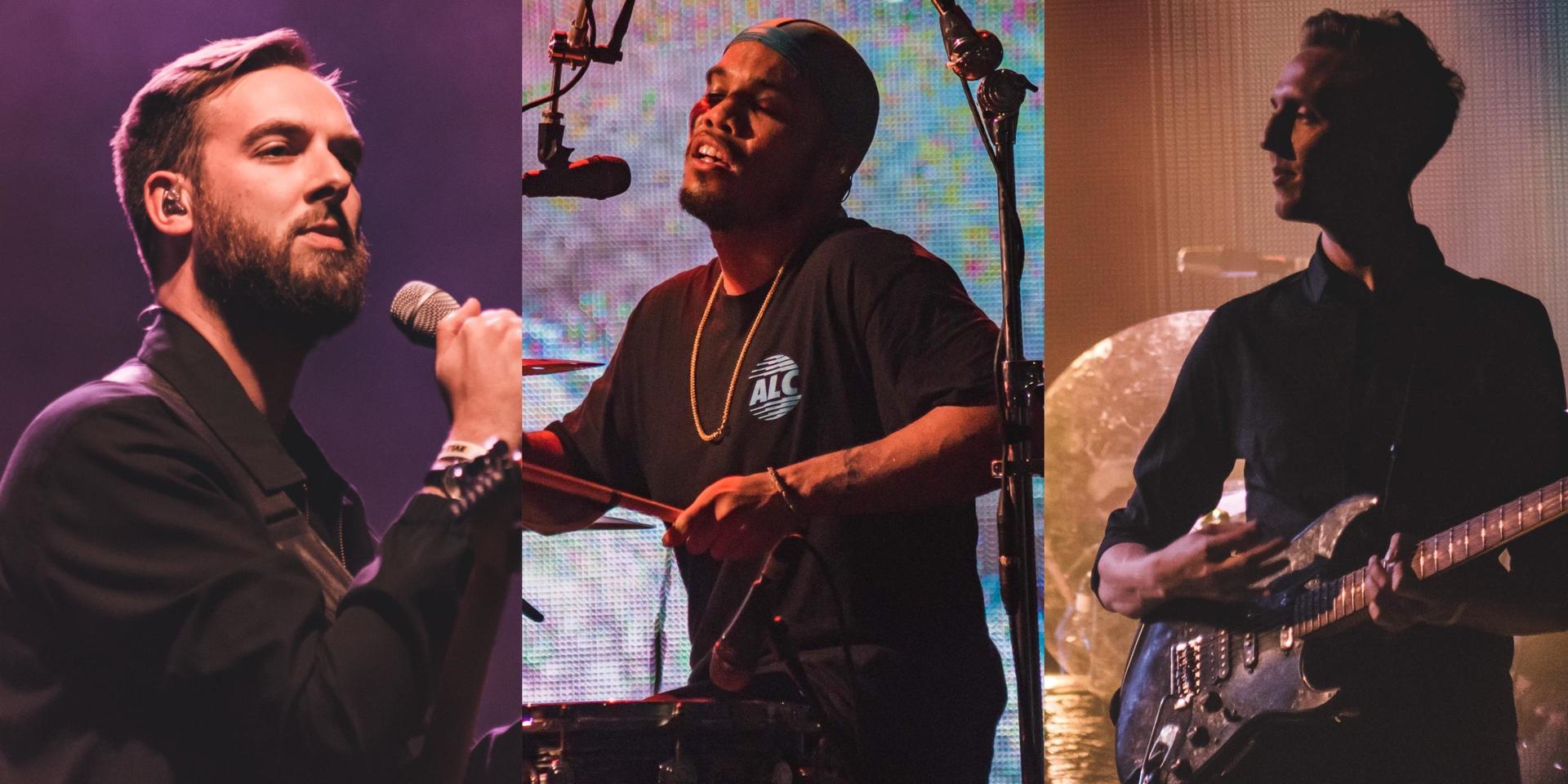 HONNE wrapped Filipinos in its mellow, electronic embrace during Wanderland 2017, and they didn’t fail to make the crowd feel warm in this cold night. As for Anderson .Paak and The Free Nationals, they had a different story to tell and it was one that got people dancing on their feet all night, proving why Andy is called one of the best live performers today.

Taking over the decks for about two hours, Four Tet, whose real name is Kieran Hebden, drew his set from his own catalog and beyond – especially from his recent album, New Energy. The prolific English musician showed that he is indeed a master of his craft and a legend among his peers. Dropping heady, pulsating house beats and occasionally holding back a bit with low-key, pensive tracks, he kept revelers transfixed and on their feet.

Unique occupies a small space on stage for most of the concert, only really ever moving on a certain number of songs. The nerves were evident and it shows how human Unique is and just how important this evening is to him. This, after all that he’s been through, was a culmination of having to prove to everyone— and maybe even to himself— that taking this road was the right one for him.

LANY: Live at the Araneta Coliseum 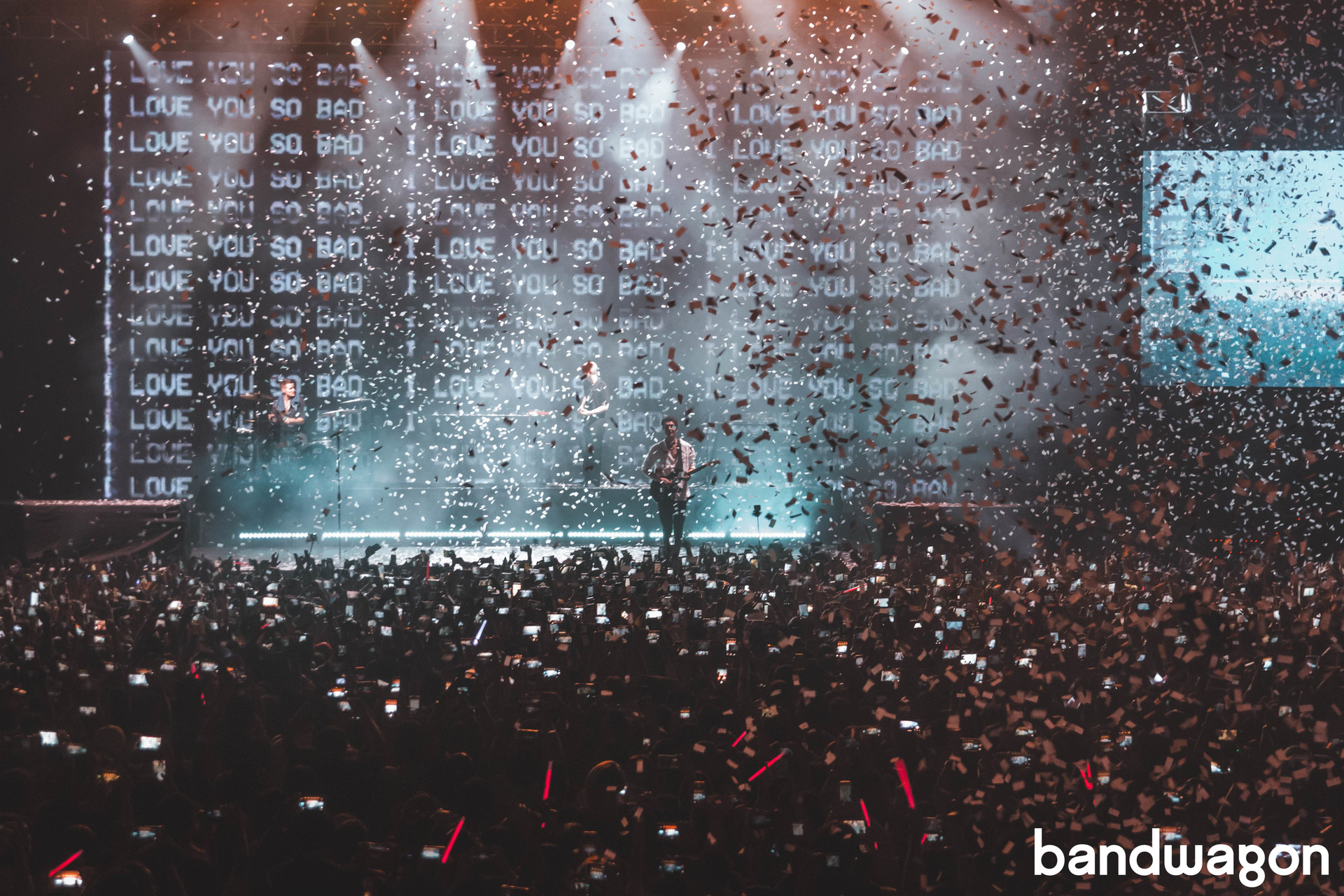 As soon as the familiar notes of 'Dumb Stuff’ echoed around the Araneta Coliseum, fans felt nostalgia with a tinge of awe. LANY had opened with the same song during their mall shows, but this time, they were in an arena. This was a band, who only a year ago, debuted as a festival act. Now, they were playing two sold-out concerts at the Araneta Coliseum—a historic venue for international performances and the legendary Thrilla in Manila.

“Manila you are too, too good,” Paul Jason Klein had said during their second arena date. "Thank you so much for making our dreams come true. I’d love to come back for the rest of our lives." 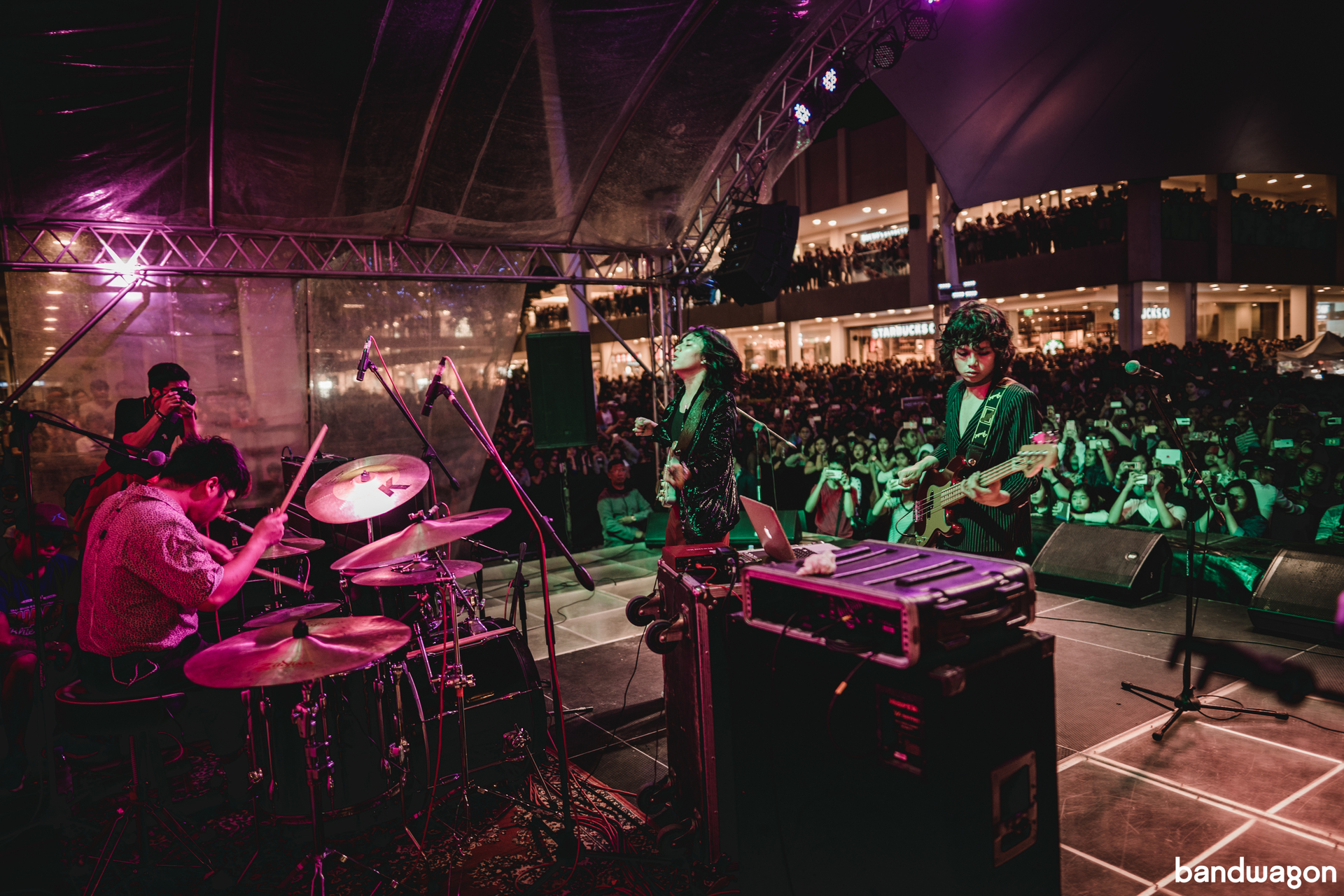 Whether it was their first time to see the band live or the latest of many, everyone revelled in swaying along to ‘Hey Barbara’ and singing ‘Mundo’ in unison. The rain let up eventually as the show came to an end, but that collective overwhelming feeling of awe and wonder stayed with the crowd long after the show was over. For many of those in attendance, it was more than the spectacular performance that made it one for the books.  It was being part of the show — the community — that celebrated fine music.

IV of Spades closed the night by saying, “Someday, you’ll be onstage.” During this mall show, though, we felt like we were already on it with them. 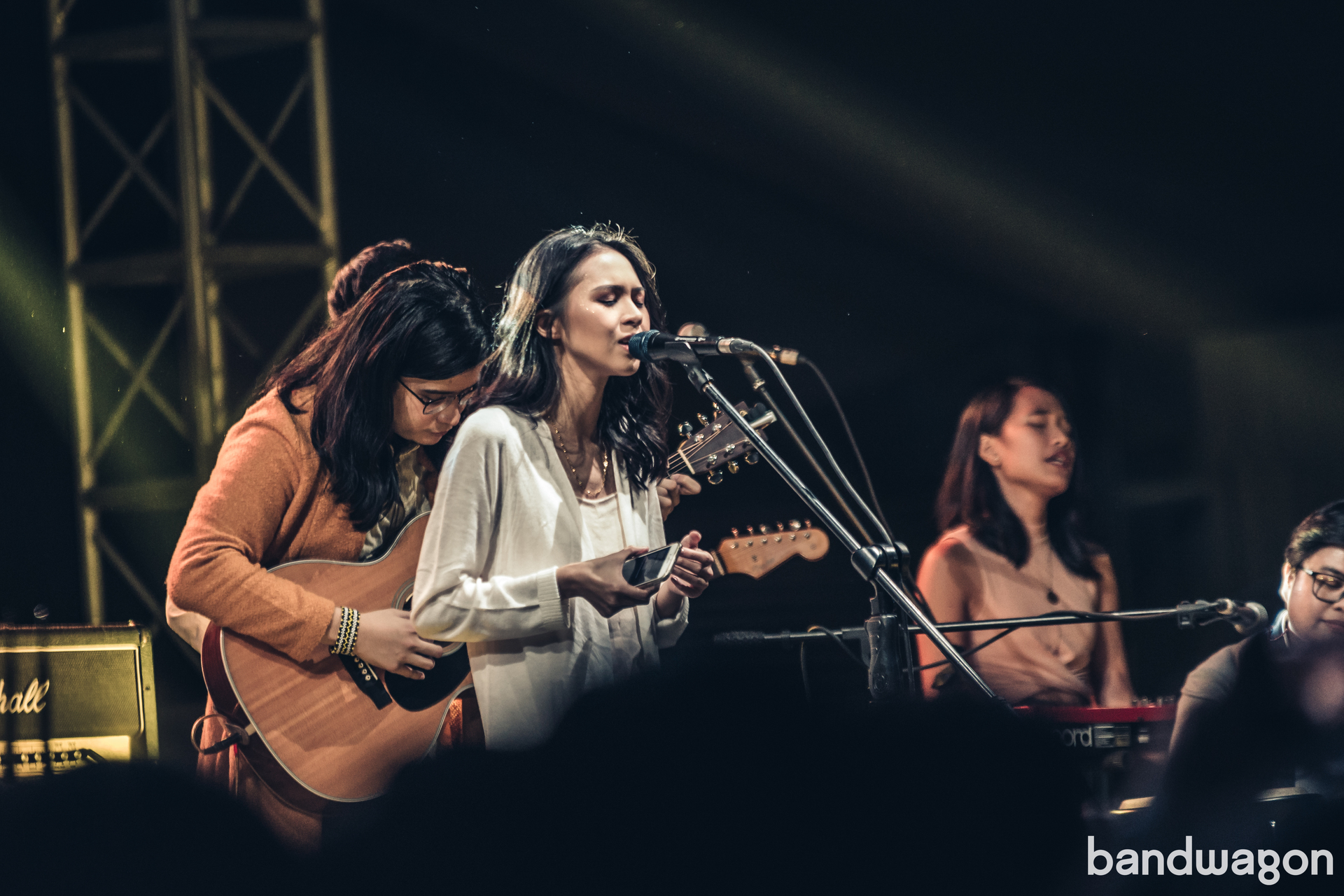 The new arrangements and the fresh songs were defining moments on that night. It was through #BenAndBenAndBenin that Karpos Live went beyond mounting talented musicians on one stage — the show gave opportunity for the artists to express music in a more creative manner. 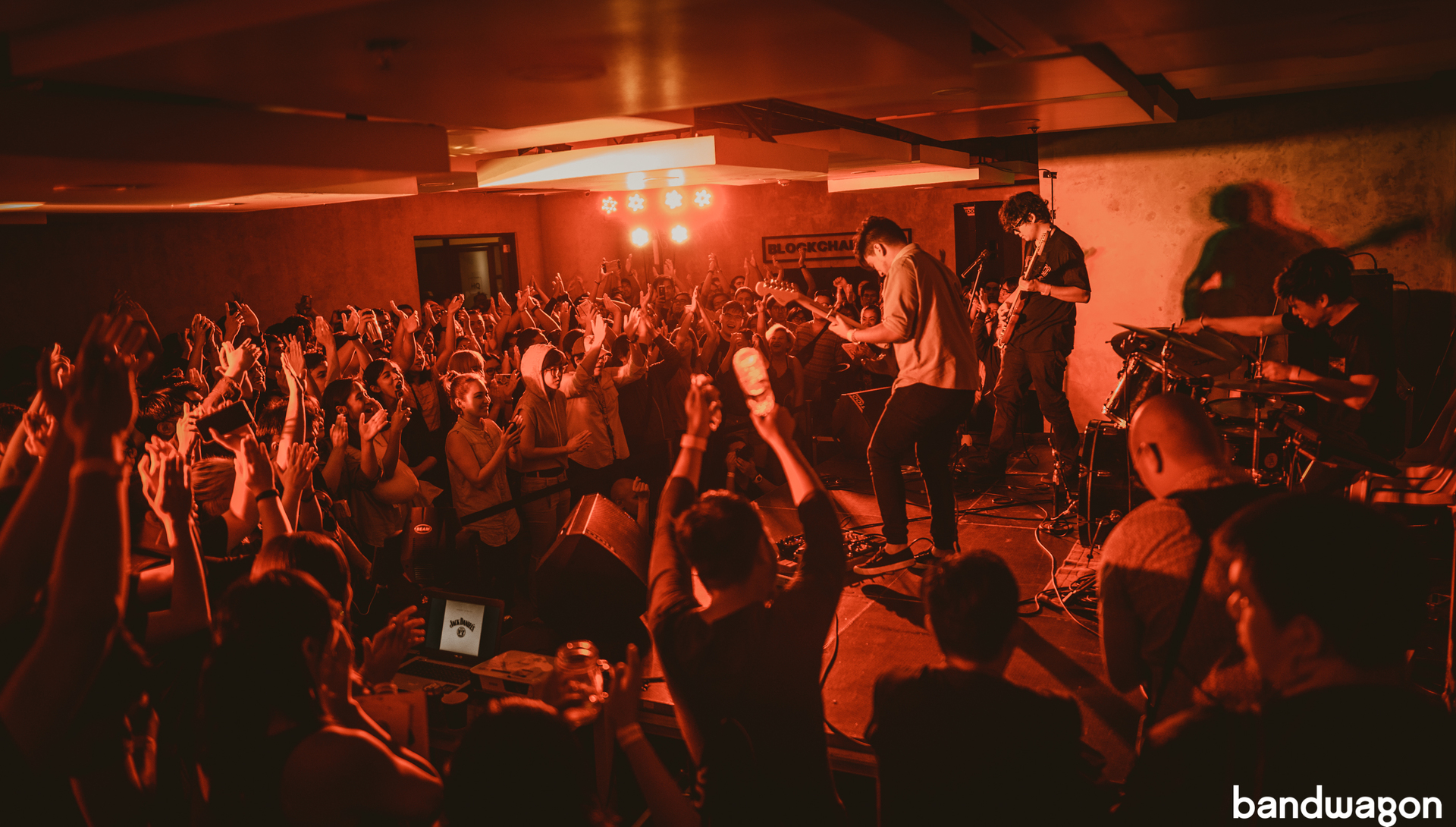 While it was not A Spur of the Moment's first Fête stage (they hosted the Acoustic stage in 2014), the Post-rock/Math Rock stage is the first of its kind. About time, some would say, as the genre is nothing new to the Filipino audience.

On the night that encouraged everyone to faites de la musique ('make music'), Tarsius, shaw, AOUI, Fools and Foes, Trippy Oh!, Luncheon, The Ringmaster, Twin Lobster, Stomachine, Run Dorothy, tide/edit, and Tom's Story filled the ears of those who came to listen with the sound they braved the intermittent rain for.

A sure audience? This stage definitely had more than that. They had a loving and supportive crowd. 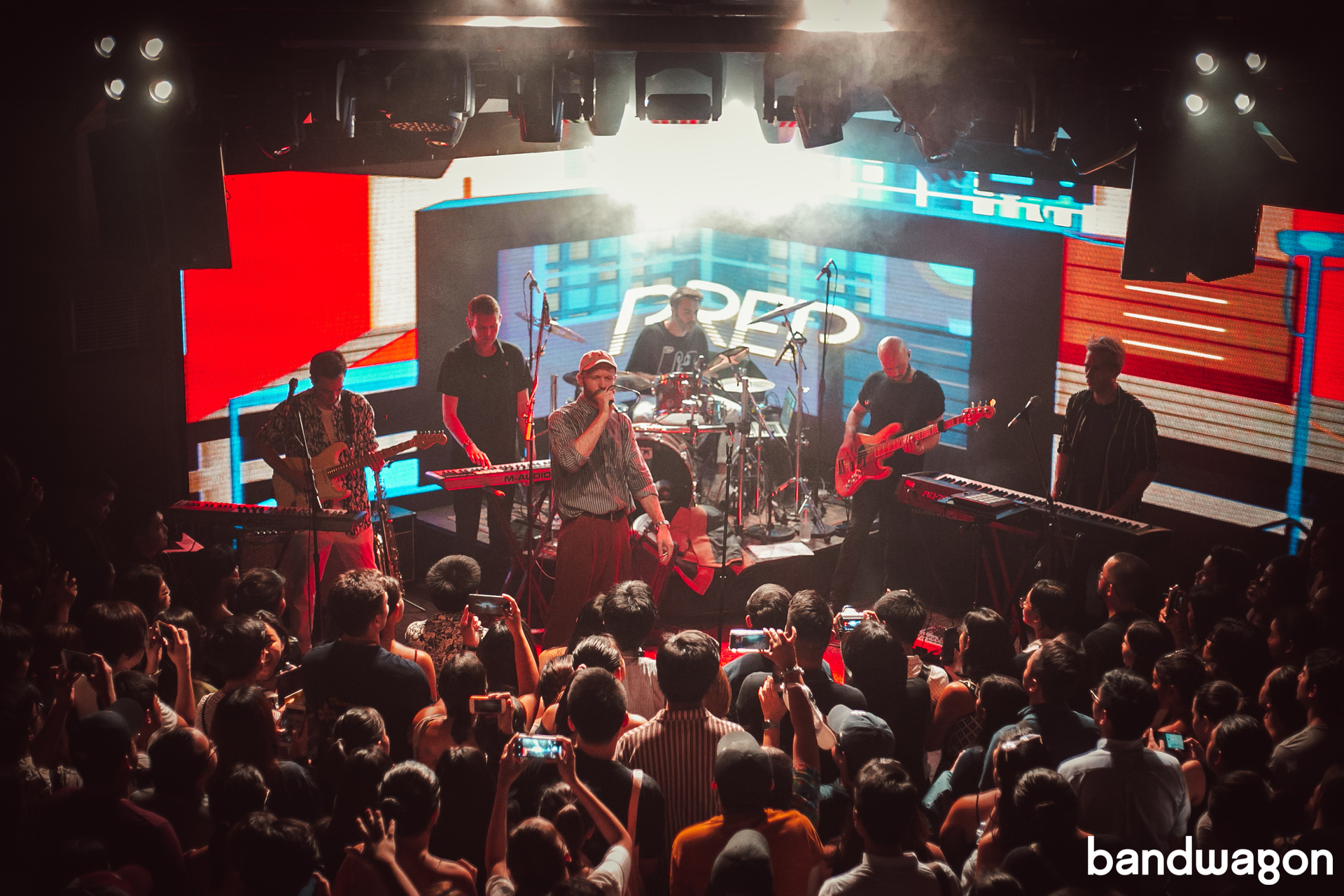 “We could not think of a better place to end than here,” said PREP vocalist Tom Havelock, who fronts the quartet that includes keyboardist Llywelyn Ap Myrddin, guitarist Dan Radclyffe, and drummer Guillaume Jambel. 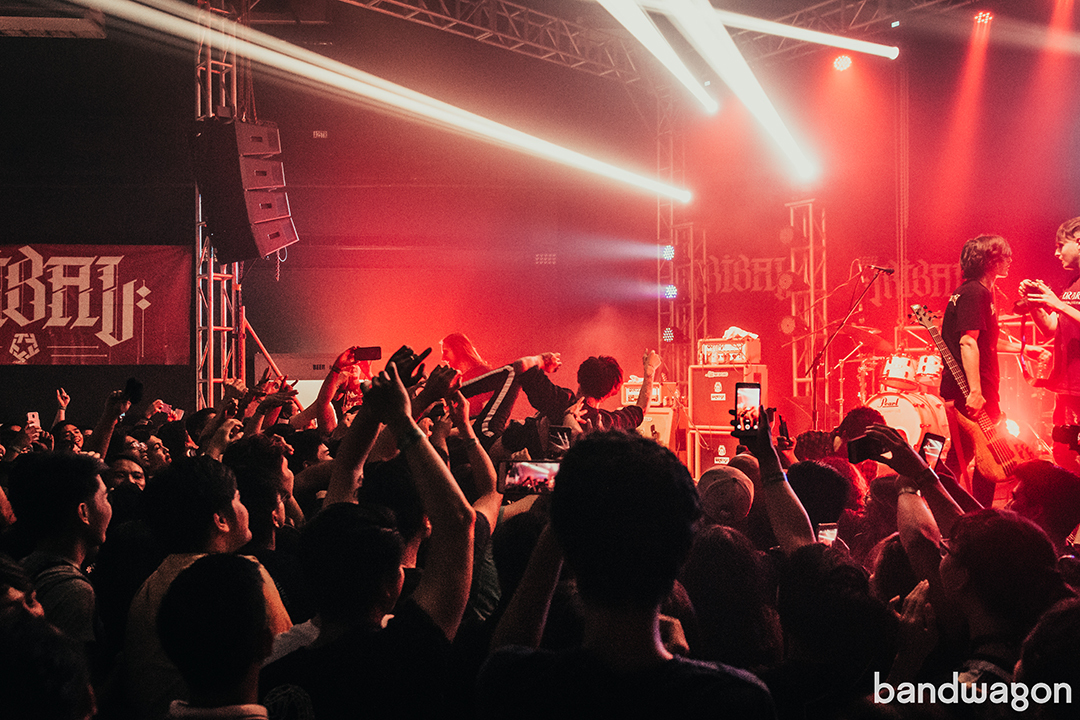 At 1 p.m. on  Friday, seven hours before Marty Friedman and Polyphia would take the stage, guitar freaks and instrumental prog-rock fans line up under the blazing sun outside Studio 72 in Quezon City. The afternoon heat doesn't seem to bother them. They're patient and determined, ready to have themselves scorched by face-melting solos from two different generations of skilled musicians. 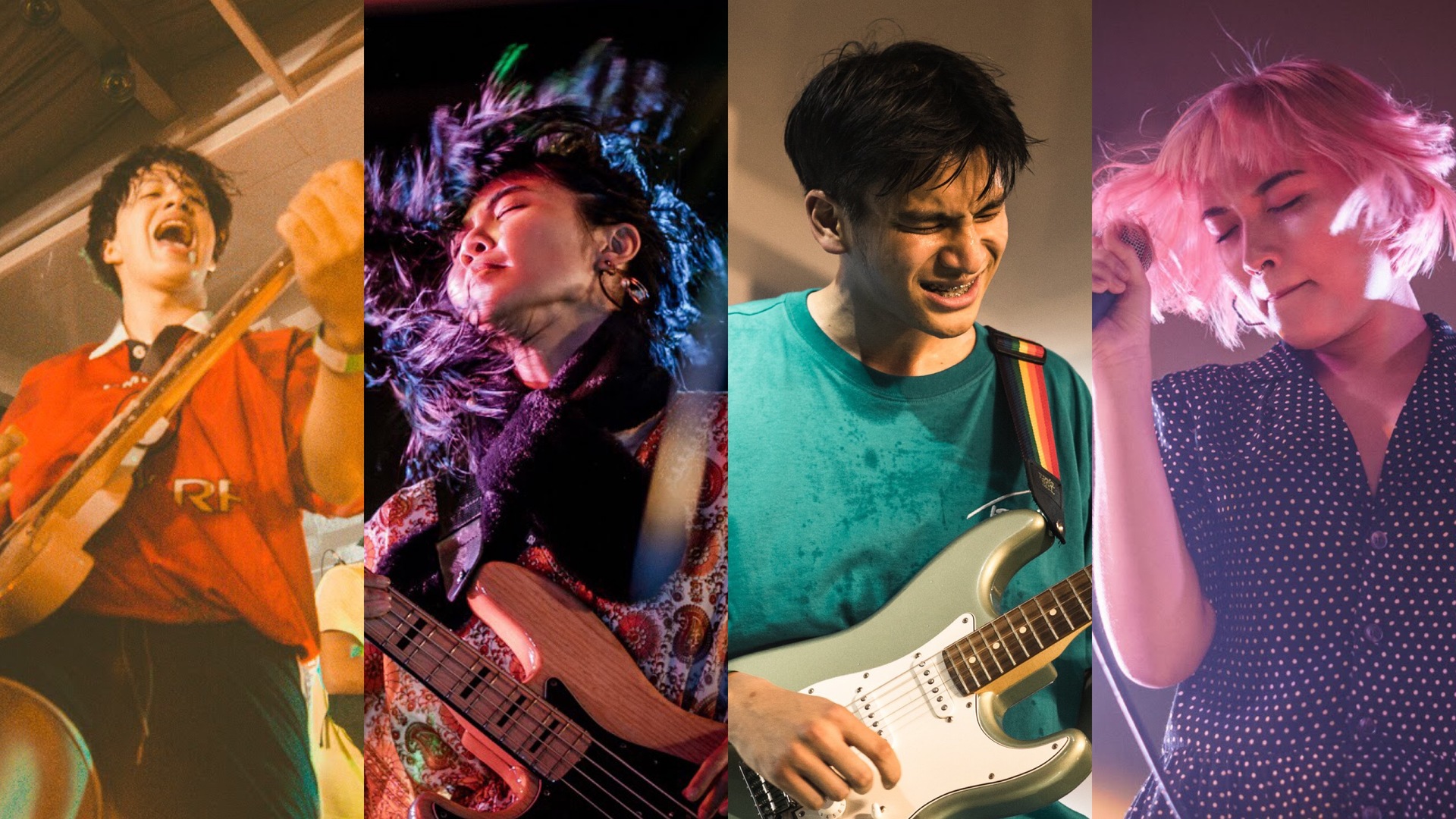 Known for their careful curation, the first edition of All of the Noise featured 6 international bands and 18 acts from across the country. With the likes of Boy Pablo and Phum Viphurit, the festival attracted more fans from outside of The Rest Is Noise community.