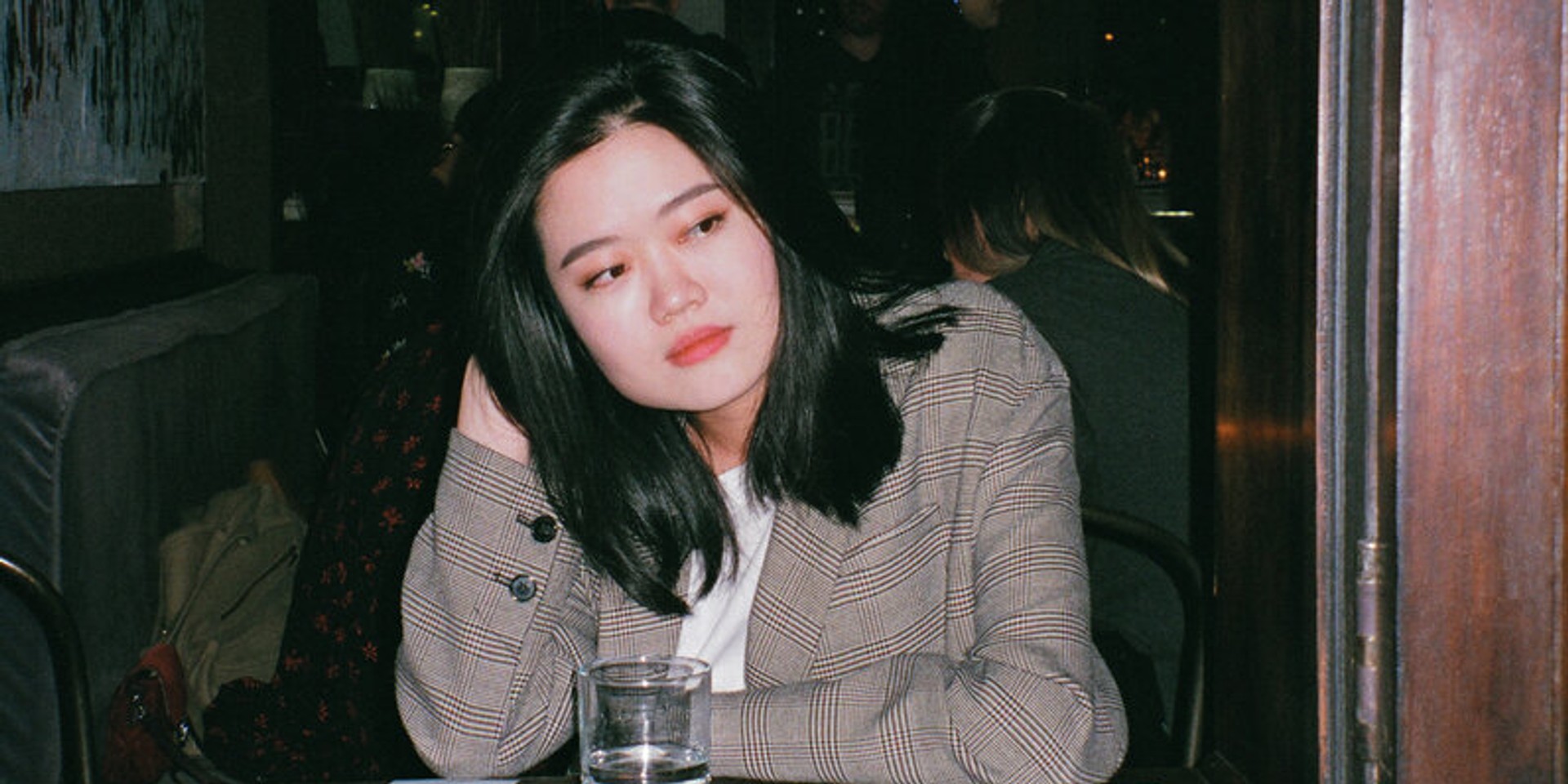 Crossing the 'Honest Oceans' into The Big Apple with her lush, silky vocals, JAIE is a dazzling addition to Malaysia's R&B scene.

Currently based in New York, Malaysia-raised Chelsea Chan, who is better known as JAIE, has a knack for serving up chill vibes for a weekend gin o' clock. She shared that she had grown up with nothing short of good music - which explains how her alluring tunes have come to be. JAIE's fascination with creating sounds that she can proudly call her own has taken her places - including playing her first few live shows in New York before the pandemic. 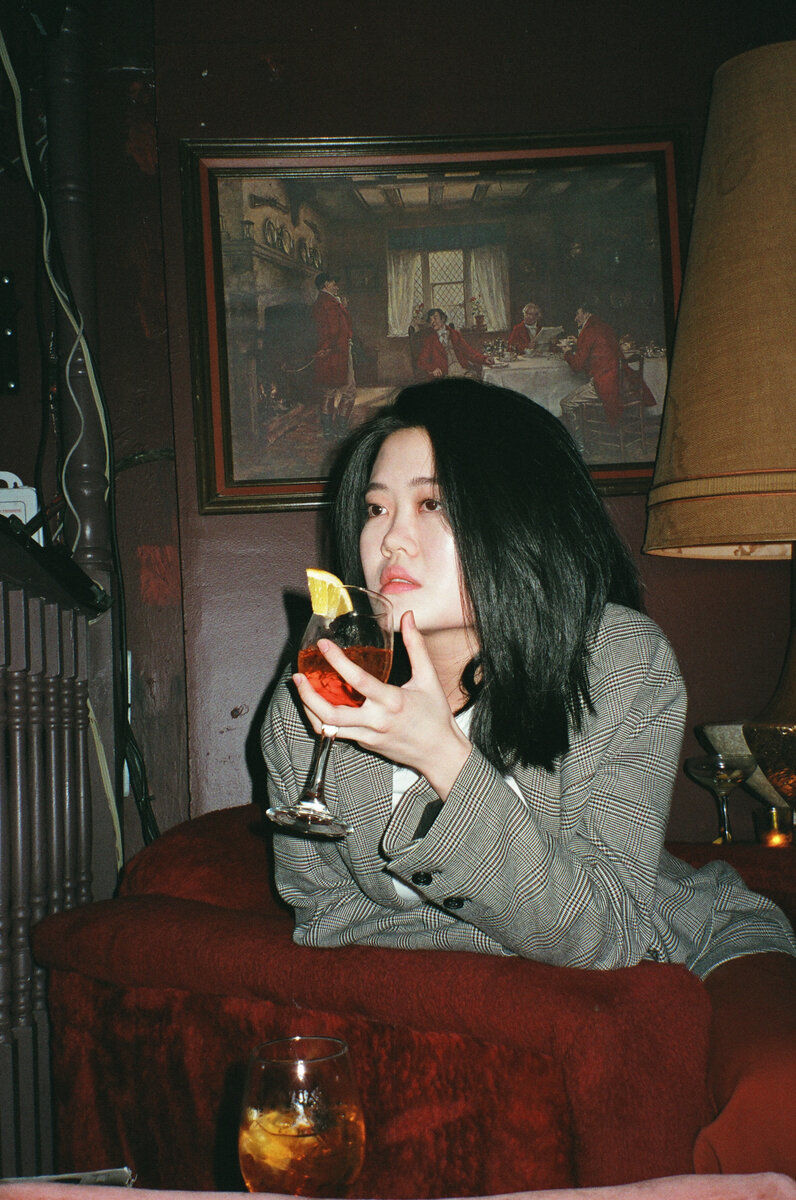 It's been almost a decade since JAIE has journeyed into the world of composition and production, inspired by countless artists along the way. After releasing her debut EP December in 2017, the 24-year-old found herself collaborating with Malaysian artists lost spaces in their hit track 'discohaze' as well as NYK in 'Daylight'. With her dedication to pursuing music while juggling her full-time day job as a frontend web developer, the 'Better Days' singer is on to greater things with her latest EP, Gin Eyes.

Bandwagon caught up with JAIE on her diverse musical inspirations, living abroad, and her plans for the future.

Tell us about how you first got into music - from playing instruments, singing, songwriting, then production.

I grew up around a lot of good music - my family loves listening to music and playing songs on repeat. One day, my dad taught me a few chords on the guitar and I just kept playing it every single day after that. I got quite involved with music in secondary school and I think that laid the foundation for music production.

One summer, I got bored and started uploading acoustic covers of songs onto Soundcloud. In my head, I really wanted to add more layers to them, and that’s how I started tinkering with GarageBand. Through that process, songwriting and production kind of went hand in hand.

A pivotal moment for me was around 2013, when I discovered a totally new sound through remixes and bootlegs on Majestic Casual (early Mura Masa, Tom Misch beat tapes, etc.). I also started digging for new music on Soundcloud and Spotify after that (Shura, Galimatias, Banks, James Blake). I think this shift made me curious about production and how to create certain types of sounds.

Having lived abroad in New York and the UK, share with us how these experiences have shaped your sound.

I think one of the ways that these experiences have shaped my sound is through the diversity of the people I’ve met. Through them, I’ve been exposed to new music and ideas, how people experience and approach music differently, and the different ways of pursuing a creative path.

Share with us what kind of music you listen to and who are some of your musical influences while growing up.

I move on from one thing to the next fairly quickly, like the Blackpink phase I had in August. Recently, I’ve been listening to Mall Grab, Ross from Friends, the new Galimatias album, Snoh Aalegra, Charlotte Day Wilson as well as genres like dream-pop and New Wave in general. And I always love some 90s R&B and Korean R&B too.

Tell us more about your latest EP Gin Eyes and how it was conceived/What inspired the change in musical direction in Gin Eyes as compared to your debut EP December back in 2017.

I started writing these songs in late 2019. At the time, I was listening to more alternative/indie music including The Marias, Jungle, Cocteau Twins, and Tennis. I also got the chance to see some long time inspirations of mine - Jordan Rakei, Tame Impala, Japanese House, and Shura.

Going to these live shows made me fall in love with live/guitar-oriented music again. It felt really natural for me to reconnect and lean into my guitar/band background again. I wanted to make something more organic that would be fun to play live with other human musicians (I’ve done most gigs with just my laptop). I accumulated all these songs and sat on them for a while, as the pandemic and lockdown kind of stalled my progress. It was during my quarantine after moving back to Kuala Lumpur that I finally got down to retaking some vocals, mixing the tracks, and finishing the EP.

‘Gin Eyes’ features pentatonic tones and snippets of Chinese music in a modern lo-fi setting - tell us more about the choice of sound?

In my previous EP, the song ‘games’ featured a plucked instrument modeled after a guzheng. I wanted to keep that going for 'Gin Eyes', and to make the intro more interesting.

The outro of the track features more modern hip-hop drums. I think it’s a way of keeping a track exciting for myself. I also wanted the pre-chorus to be really spacey, with washed-out guitars to complement the lyrics and melody while contrasting with the tighter guitars in the other sections. As a producer, I think it’s become so much easier to mash different sounds together when you have instant access to endless samples and sounds online.

You’ve worked with Malaysian artists including Lost Spaces, NYK, and more in some of your singles - share with us how it was like working with fellow Malaysians despite being geographically distant from them?

All of my collaborations have happened through the internet. We send ideas back and forth and it works really smoothly. It did take some time to get those songs to the finish line because I was juggling my time with classes and college. I think what matters is having a genuine connection and being on the same page creatively with whoever you’re working with.

Tell us more about how playing your first live show in New York was like.

It was such a fun and surreal experience, especially looking back now since the pandemic hit. I got to meet some amazing musicians and artists, and everyone was really supportive and inclusive. It was the first time in a while that I played with other musicians in a band, so that was really refreshing for me. During the show, I also got to test out some of my new songs off the EP which was exciting.

What are some aspects of music you would like to explore in the future?

I’ve been perpetually working on a deeper electronic sound, so a project that leans towards minimal/house is always on the horizon for me. Making music for movies is also on my bucket list.

Share with us some upcoming plans for your music.

I’ve been working on some collaborations with a few other artists and I’m really excited about them so be on the lookout in the coming months!