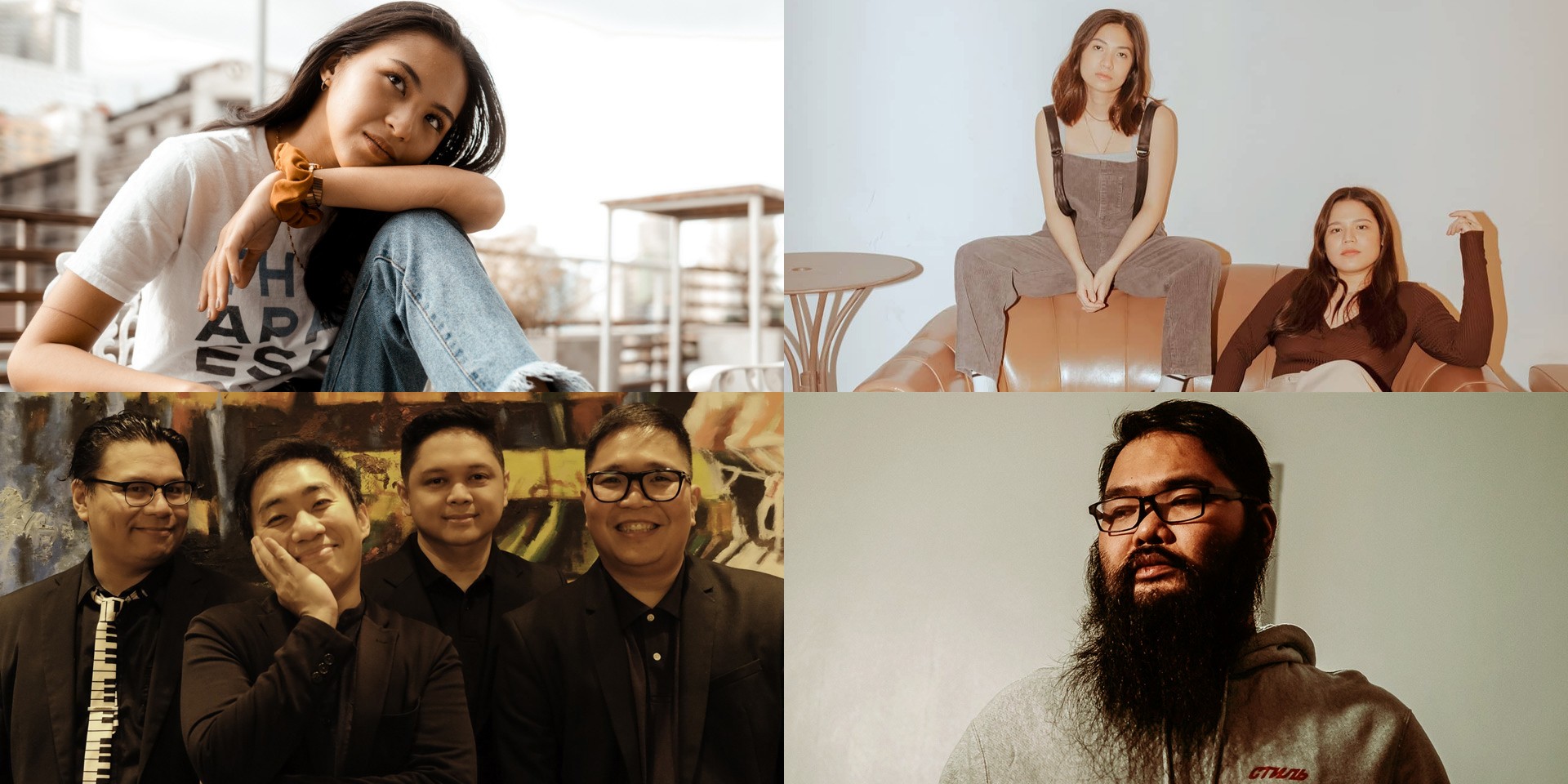 November is coming to a close, and you know what that means—Christmas is right around the corner!

This past week, we saw more holiday cheer hit our screens from the likes of Mariah Carey to Reese Lansangan. Alicia Keys even gifted ARMYs with a cover of BTS' 'Life Goes On.'

Let's take a look at all the awesome new releases we can dive into this weekend as we welcome December in the next few days.

She's Only Sixteen - The Other Side EP

She's Only Sixteen are back with a new sound as they welcome their highly anticipated EP, The Other Side to music streaming platforms.

"Thematically, the EP is about life under this very odd year, whether you’re with loved ones or if you’re going at it alone," vocalist Roberto Seña shares in a statement. "It’s a reflection piece right before you get to see what’s next. As challenging as it sounds to make music at this time, we have never been more efficient and more goal-oriented when it came  to finishing the work."

The 'Broken Glass' act are set to perform on a virtual showcase at Bangkok Music City (Thailand) on November 28 at 9:50 p.m. PHT/SGT.

Clara Benin has finally dropped her latest EP, Fragments, a collection of re-imagined songs from different seasons of the singer-songwriter's life. The EP also includes a new version of her single 'Wine,' featuring Charlie Lim.

Producer Francis Lorenzo (a.k.a The Ringmaster) tells Bandwagon, "I suppose the best part [of working with Benin] was the freedom and allowing me to insert some sonic trademarks when I wanted to! Also, CB has one of those unfairly gifted voices where it would stand alone as it is, like a great bottle of whiskey."

Leanne & Naara have finally unveiled their highly anticipated debut album Daybreak. The 8-track record, which features 'Keeping Me Up' and 'Who's Gonna Love You' is packed with songwriting collaborations with Carlos Castaño, Brian Lotho, and Zild Benitez. Lotho and Benitez also contributed as producers alongside Kelley Mangahas, Elijah Naslin, Kid Guevarra, and Len Calvo.

After making people 'FALL IN LOVE!' with her, ena mori is back with a re-imagined take of her latest single.

"It was so fun working on this track especially because this is the first track I produced on my own," ena says in a tweet. "I hope this version will give you a different take on the song, and most importantly, wake your emotions from a forced nap."

I Belong to the Zoo - 'Para kay Catriona'

I Belong to the Zoo lends his voice to Kulas Basilonia's PhilPop entry 'Para Kay Catriona,' an ode to Miss Universe 2018, Catriona Gray.

"I was amazed, and it made me daydream about the possibility of being destined together," Basilonia recalls the time he first saw Gray on television. "But reality check: we’re different in a lot of ways, and I know, it’s never going to happen."

Filipino metal act Fragments are giving listeners a taste of their forthcoming record Transcending Duality with the release of their latest single 'Plagues,' featuring Gerd Zimmermann.

According to vocalist Niko Cezar, the new track takes a look at political and environmental themes. "Though it may seem timely because of the pandemic situation, I actually wrote the lyrics back in 2019 being inspired by injustices in our country and how most of us do not recognize our privileges," he writes in a statement.

Transcending Duality is scheduled for release on January 9, 2021.

Morissette is back with her first co-written and co-produced track with Dave Lamar, 'Love You Still.' The new single follows the release of 'Diyan Ba Sa Langit,' a collaboration with Jason Dy and KIKX.

The Itchyworms - Christmas Starts When the Bers Begin

The Itchyworms are bringing Christmas to you with two brand new holiday tracks to lighten up the season off of their concept album Christmas Starts When The Bers Begin: That Evergrowing Xmas Album By The Itchyworms, which the group will keep adding to every year.

"And every time magdagdag ng song, madadagdagan din yung album art," Jugs Jugueta tells Bandwagon in a message. "Next year maybe we can add two three or maybe more songs. We can add a Christmas song in July if we want to," he teases.

Gloc 9 welcomes you to his home with the release of his latest single 'Bahay Ni Gloc-9.'

Bandwagon Music Market alums Beast Jesus team up with Calix for the release of their latest single 'Trauma Fawn' via NOFACE  RECORD$. According to the band, the new track is "a product of uncertain times, with a production process reflecting the text's own internal dialogue—steeped in conflict between unitary affirmations of life, and the drive towards annihilation."