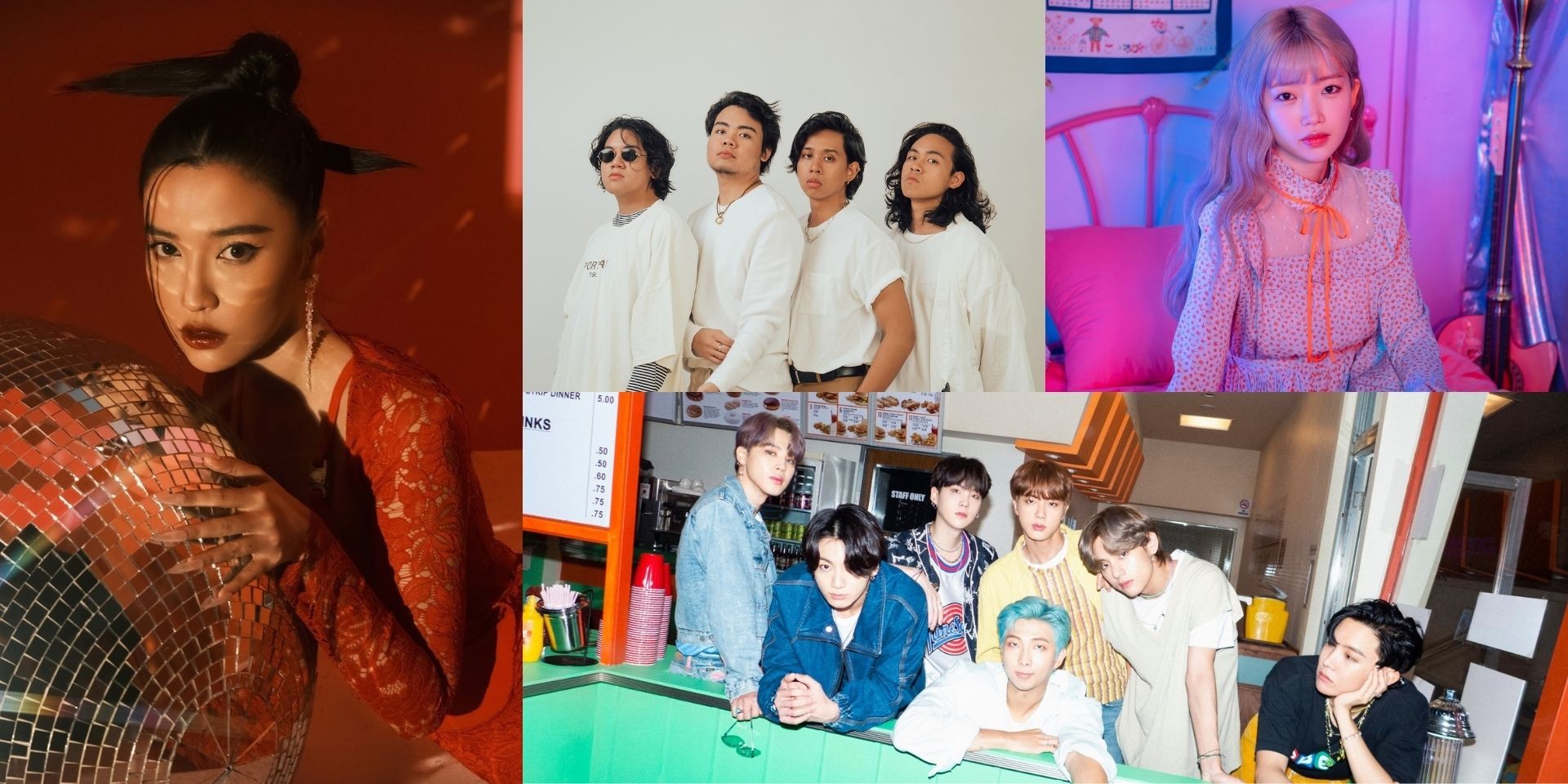 The retro revival is a major force in pop at the moment. Disco-influenced hits such as Dua Lipa’s ‘Levitating’ and Doja Cat’s ‘Say So’ were ubiquitous throughout 2020. Synthwave has also made a comeback with The Weeknd’s ‘Blinding Lights’, which was last year’s best-selling single.

Asian music is also no stranger to the trend, and we've seen a fair share of retro bangers in the past few years. Here's a rundown of eight songs that are perfect for anyone who wants to spice up their throwback-themed playlists.

‘SOUL LADY’ is the title track from South Korea-based Japanese singer YUKIKA’s 2020 debut studio album. A glamorous city pop number, ‘SOUL LADY’ embodies the ’80s influences it draws from, complete with gated reverb drums and shimmery synths. The song’s title is a pun on ‘Seoul lady’, aptly capturing the singer’s sentiments about life in Korea as a foreigner.

Known for her signature retro sound, YUKIKA debuted as a soloist in 2019 with the breakthrough single ‘NEON’, which drew comparisons with Mariya Takeuchi’s ‘Plastic Love’. She recently released her first mini-album ‘Timeabout,’ in April.

‘Dynamite’ is undoubtedly one of the biggest retro-inspired hits in recent memory. An upbeat disco pop track about partying it up, the song was a much needed respite from the doom and gloom of the ongoing COVID-19 pandemic. With funk-infused guitars and exuberant horns, ‘Dynamite’ serves ’70s nostalgia with a modern spin.

The first English-language song from the K-pop giants, ‘Dynamite’ debuted at no. 1 on the Billboard Hot 100 chart, making BTS the first Korean group to do so. The song’s impact was unstoppable, breaking numerous records and scoring BTS’ first Grammy nomination. The accompanying music video also achieved 1 billion views in less than eight months, making BTS the fastest K-pop group to do so.

Released in 2019 by Filipino indie band One Click Straight, ‘Manila’ is a soulful treat laced with all the ingredients of the retro revival: groovy basslines, psychedelic synths, and neon aesthetics. In the track, vocalist Toffer Marquez croons about an elusive love interest whom the titular city symbolises.

‘Manila’ was the first Tagalog single from One Click Straight, and quickly became a crowd favourite at their live performances. The band, who hails from Parañaque, was formed in 2009 by brothers Sam, Tim, and Toffer Marquez with childhood friend Joel Cartera. They released their newest EP S.S.H. in September 2020.

If you need a dancefloor-worthy song, ‘Đi Đu Đưa Đi (Let’s Swing)’ by Bích Phương is perfect for the occasion. The glossy nu-disco track was one of Vietnam’s biggest hits in 2019, and the phrase ‘đi đu đưa đi’ quickly went viral on social media. The title is a wordplay on “đu đưa”, which means “to swing” and is slang for hanging out or having a fling.

Bích Phương, who first gained attention as a contestant on Vietnam Idol in 2010, is one of the most popular V-pop singers today. She is known for the 2018 hit ‘Bùa Yêu (Love Charm)’, and released her latest EP tâm trạng tan hơi chậm một chút in May last year.

If you’re looking to soundtrack your late night drives, ‘HONDA’ by Tokyo-based outfit Friday Night Plans would suit the bill. A dynamic blend of city pop and trap, the song is a hypnotic invitation to let loose and hit the road for an adventure. “Something stuck in your head / I’ll take you anywhere / Blow your worries away / So take my hand,” vocalist Masumi sings.

‘HONDA’ was featured in a 2019 commercial for Honda’s Vezel series, and became Friday Night Plans’ first single to chart on the Billboard Japan Hot 100. The group, which is fronted by Masumi with a rotating roster of collaborators, is best known for their 2018 cover of the resurgent hit ‘Plastic Love’.

City pop may have originated from Japan, but wait till you hear of Thai city pop. Much like YUKIKA’s music, the genre itself has transcended geographical and linguistic boundaries, manifesting in songs like ‘PASSWORD’. Released by Thai girl group FEVER in 2019, the track combines saccharine vocals and dreamy synths with sax solos that scream ’80s nostalgia.

Known for their unique retro concept, the 12-member group debuted in 2018 under Roamrun Entertainment with the song ‘Start Again’. Their music incorporates influences from disco, new jack swing, and synthwave.

You can’t talk about the retro revival in Singapore without mentioning homegrown synth-pop mavericks Disco Hue. A cut from their 2019 debut LP The Yearbook, ‘Ultra Venus’ is a sugar rush of a song—one that crystallises the brand of pop that Disco Hue has been crafting since their 2016 debut. Frontwoman Sherlyn Leo’s vocals soar over sparkly synths and energetic drums, giving the song an urgency that is both thrilling and magical.

The quartet—comprising Leo, Auzaie Zie, Rush Ang, and Billy Chua—first emerged onto the scene five years ago with their acclaimed Arcade EP. Known for the songs ‘I’ll Be Waiting’ and ‘Plastic Hearts’, they have since established themselves at the forefront of Singaporean pop.

There is nothing more revivalist than paying homage to iconic artists of past generations, and that’s exactly what ‘C.H.R.I.S.Y.E.’ is all about. After all, the song is named after the legendary Indonesian musician Chrisye, and contains 24 of his song titles in the lyrics. Produced by Indonesian DJ duo Diskoria in collaboration with musical collective Laleilmanino and singer Eva Celia, ‘C.H.R.I.S.Y.E.’ is a breezy disco pop number that’s perfect for a trip down memory lane.

The single is one of the numerous disco tracks that Diskoria have released via their record label Suara Disko. Formed in 2015, Suara Disko aims to preserve Indonesian disco and promote the genre among the younger generations. Last October, the duo teamed up with singer-songwriter Afifah Yusuf for a rework of the 1981 classic, 'Pelangi Cinta'.